The increasingly hot temperatures and strong winds are exacerbating the flames, causing them to spread quickly.

More than 200 fires are burning across the southeastern states of New South Wales (NSW) and Victoria, with several towns in the path of the flames.

There have been long queues outside supermarkets as both resident and tourists rushed to get supplies.

The flames have caused more than 50,000 people to be without power and some towns had no access to drinking water. 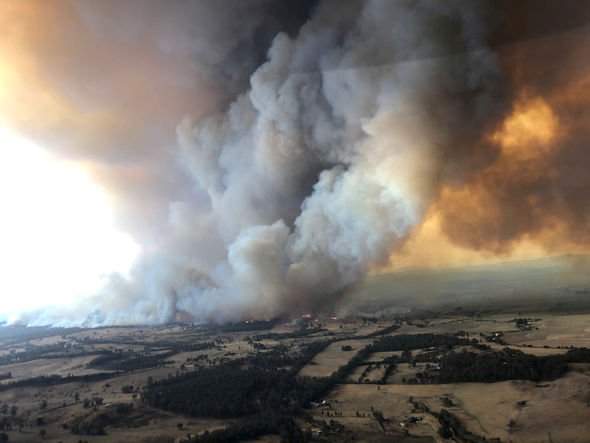 The military has begun to evacuate those trapped on the shores of the southeastern coastal town of Mallacoota.

More than 4,000 residents and visitors have been stranded on the beach since Monday night as the flames drew closer.

A naval ship arrived on Thursday to Mallacoota to evacuate those stuck on the beach, with the HMAS Choules able to carry up to 1,000 people on the first trip.

The ship is expected to make two or three voyages over coming days, state authorities said. 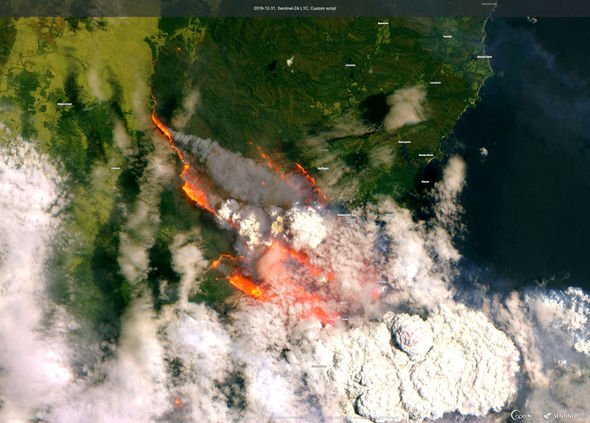 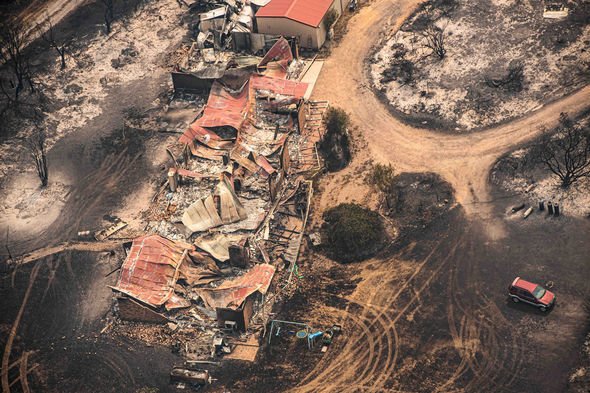 Prime Minister Scott Morrison told reporters in Sydney: “The priority today is fighting fires and evacuating, getting people to safety.

“There are parts of both Victoria and New South Wales which have been completely devastated, with a loss of power and communications.”

In NSWales and Victoria, eight people have been killed by wildfires since Monday, and a further 18 are missing.

A satellite image released by NASA shows the devastation the fires are causing to Australia’s landscape.

The image shows huge plumes of smoke covering the NSW coast emanating from the active fires.

Traffic on the main highway heading out of Bateman’s Bay on the New South Wales coast was bumper to bumper following calls to evacuate. 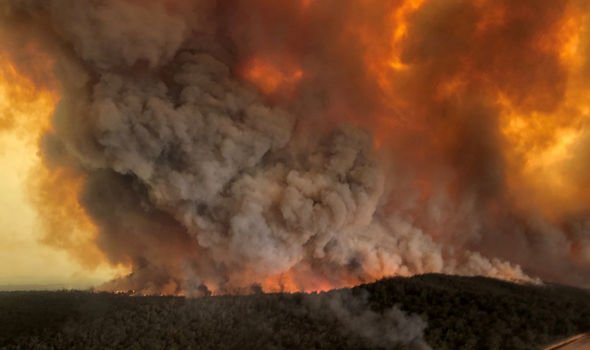 Residents of the town said there was no fuel, power or phone service, while supermarket shelves had been stripped bare.

Authorities said 381 homes had been destroyed on the NSW southern coast this week, while 18 people have died since the fires began burning.

NSW Rural Fire Service Deputy Commissioner Rob Rogers said: “There is every potential that the conditions on Saturday will be as bad or worse than we saw (on Tuesday).”

NSW authorities have ordered tourists to leave a 155-mile zone along the picturesque south coast, which state Transport Minister Andrew Constance described as the “largest mass relocation of people out of the region that we’ve ever seen”.

Some 12.35 million acres of land – an area almost the size of Croatia – have burned nationwide over the past few months, with more than 1,300 homes destroyed.

Prime Minister Scott Morrison said the crisis was likely to last for months.

He told reporters on Thursday: ”It (fires) will continue to go on until we can get some decent rain that can deal with some of the fires that have been burning for many, many months.”

It is the third state of emergency for New South Wales in the past two months, after previously not being implemented since 2013.