San Juan, Puerto Rico: Thousands of demonstrators joined a general strike in the capital of Puerto Rico on Tuesday to oppose school closings, university tuition increases and potential cuts to pensions and other benefits. The event began peacefully, but mayhem broke out by the afternoon after the police fired tear gas and pepper spray to end a tense stand-off with a group of protesters. 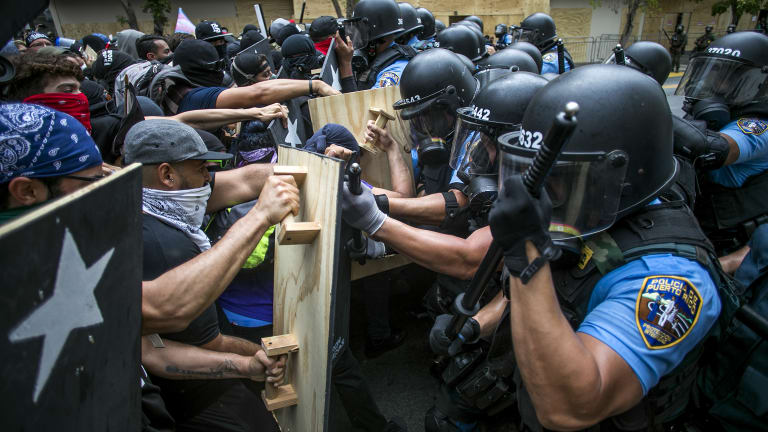 As the island rebuilds in the wake of Hurricane Maria, which devastated the economy and prompted an exodus of Puerto Ricans left with few options, the protesters said they feared that looming austerity measures would decimate what remained of the island's middle class and force even more residents to leave.

"We're overwhelmed," said Carlos Cofiño, a 20-year-old political science student, as he prepared to march. "We need to express our indignation and let the government know that there are people who are suffering." 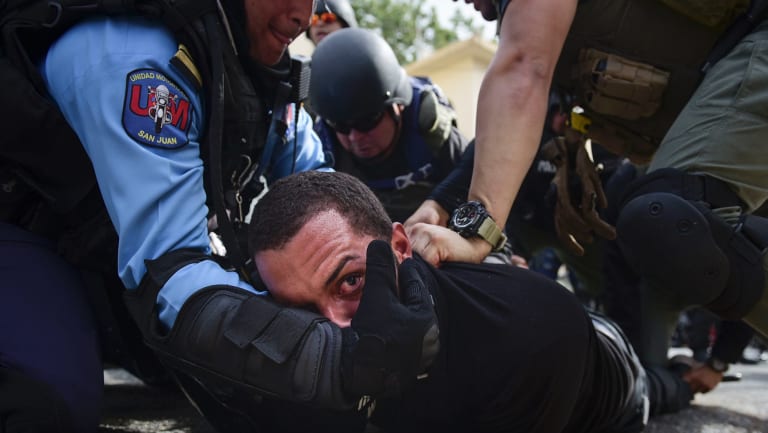 Police detain a protester after a May Day march in Puerto Rico.

Protesters met at several points in San Juan and marched down Ponce de Leon Avenue, known as the Gold Mile, in the heart of the financial district. Surrounded by bank buildings and glass high-rises, they gathered at a stage in the middle of the street and chanted "They won't stop us!" as salsa music blared. A scuffle by the stage forced nearby police officers in riot gear to fall back, before a drizzle briefly dampened the fervor.

About an hour later, as the main crowds began to thin and police seemed ready to depart, the officers clashed with a few dozen protesters, many of them young people holding wooden shields, dressed in black and covering their faces with bandannas. They left amid tear gas and chaos. Local news media reported several arrests and at least one injured police officer. 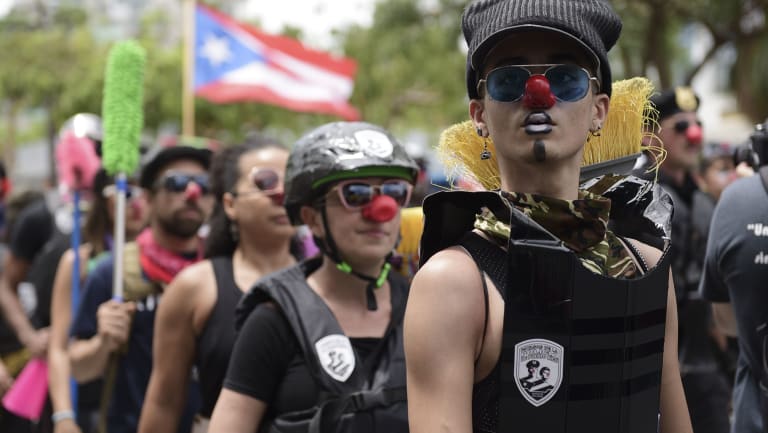 A similar protest last year on May Day also ended in violence and resulted in damaged property. This year, shopkeepers prepared by covering windows with plywood and hurricane shutters and closing their businesses for the day.