At least nine people died during protests in Colombia’s capital city, where demonstrators set fires to city buses and torched police stations after a taxi driver was repeatedly tased by officers and later died.

Video shot by witnesses showed the cabdriver, Javier Ordonez, 46, being pinned to the street Wednesday in a working-class section of Bogota, where he begged officers to stop, the Wall Street Journal reports.

“Please, no more,” Ordonez said on the footage as the cops were atop him and firing a stun gun into his hip. He was later pronounced dead at a hospital.

A vigil planned for Ordonez late Wednesday then took a violent turn, with protesters taking to the streets, including some who threw rocks at cops, who then unleashed tear gas and opened fire in response, the Wall Street Journal reports.

The clashes left more than 170 civilians hurt, including 66 who had gun-related injuries, according to Bogota Mayor Claudia Lopez, who promised “quick sanctions” for any officer found of wrongdoing.

Nearly 150 police officers were also hurt. Authorities said seven protesters died in Bogota, while two others were killed in nearby Soacha, the Wall Street Journal reports. The people killed in Bogota, Lopez said, were between the ages of 17 and 27 and died from gunshot wounds.

Lopez denounced what she characterized as “unacceptable police brutality” during a news conference Thursday, adding that investigators are probing evidence of “indiscriminate” gunfire by cops. 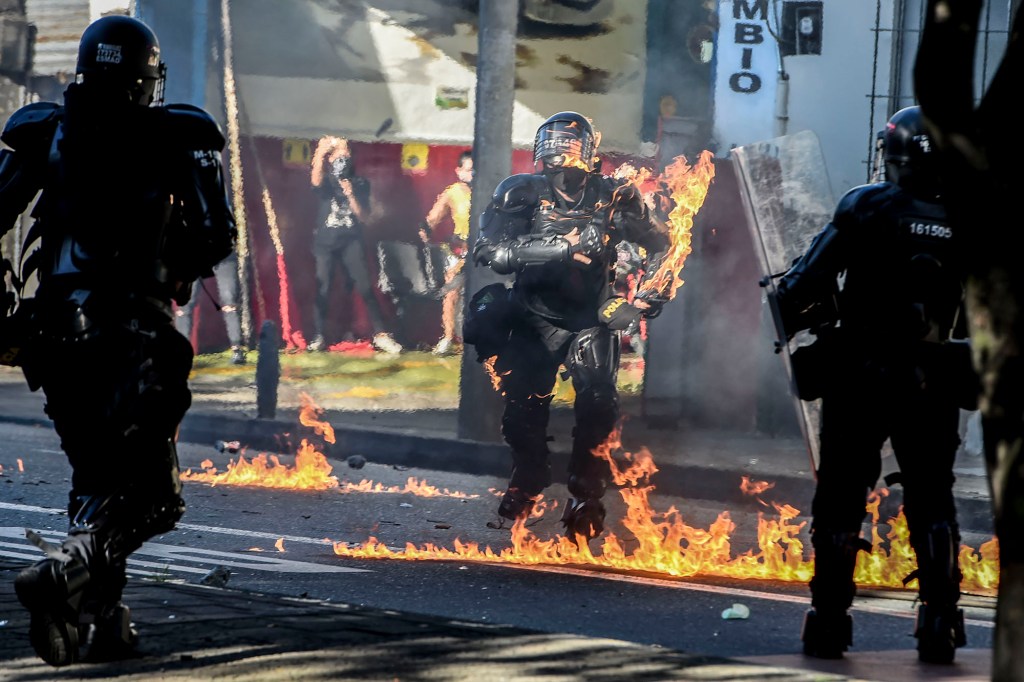 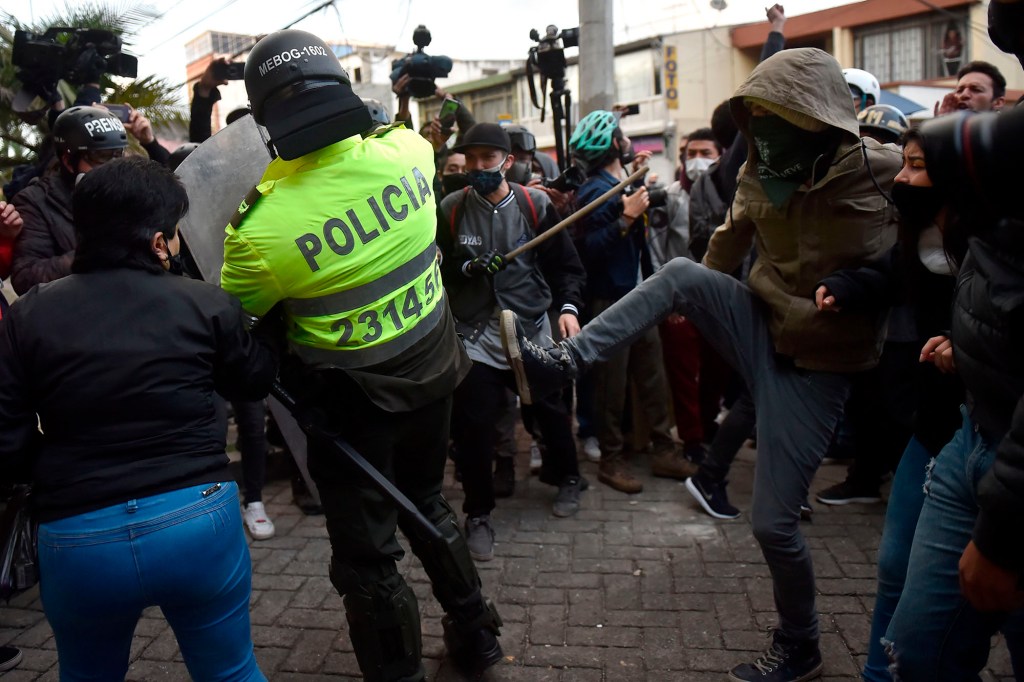 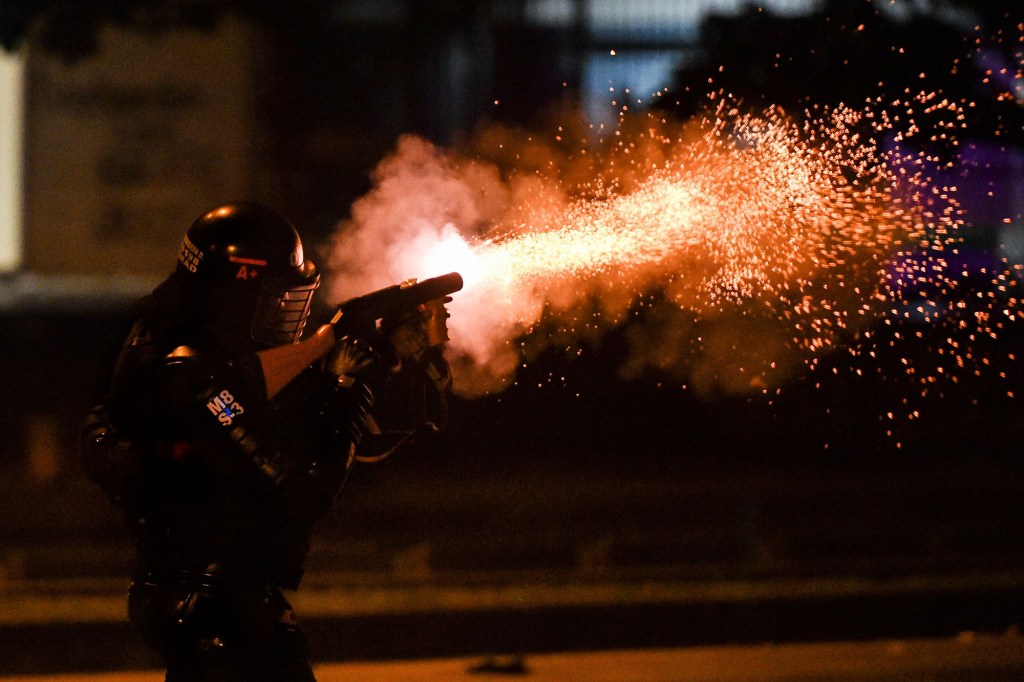 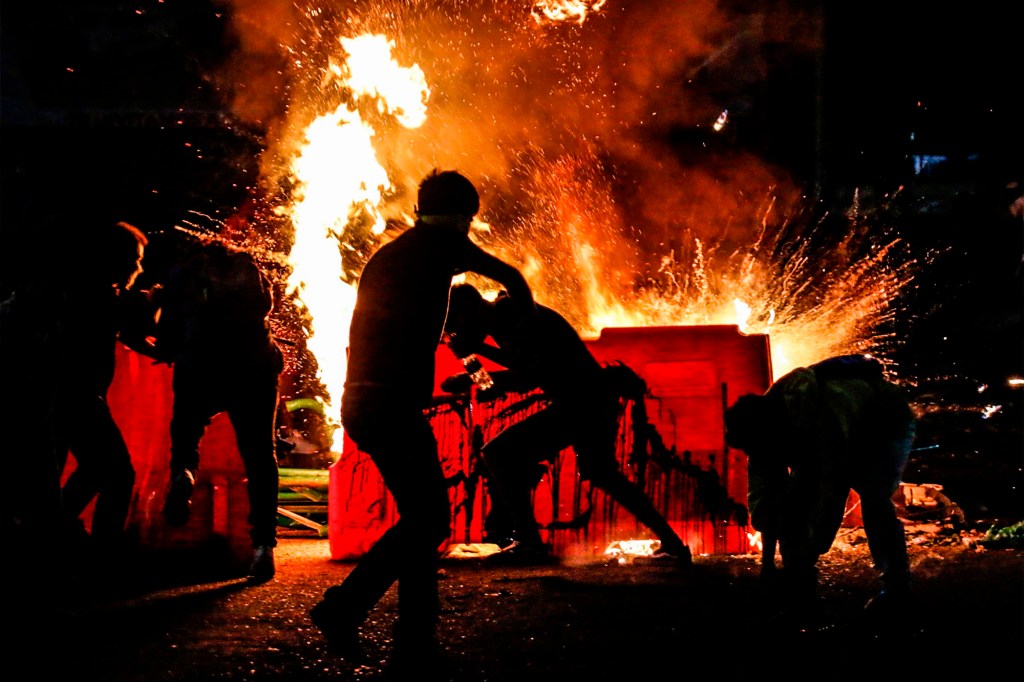 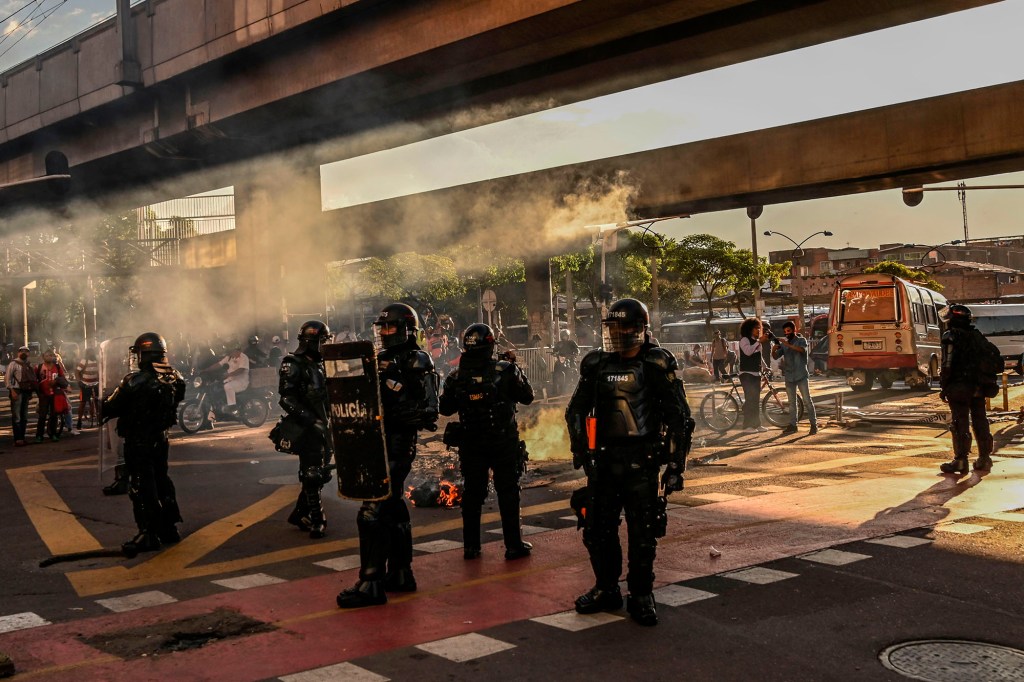