A PLANE carrying air force cadets has crashed in Ukraine killing 22 people on board.

The Antonov An-26 transport exploded in a fireball as hit the ground while coming into land near the town of Chuguyev, in the east of the country. 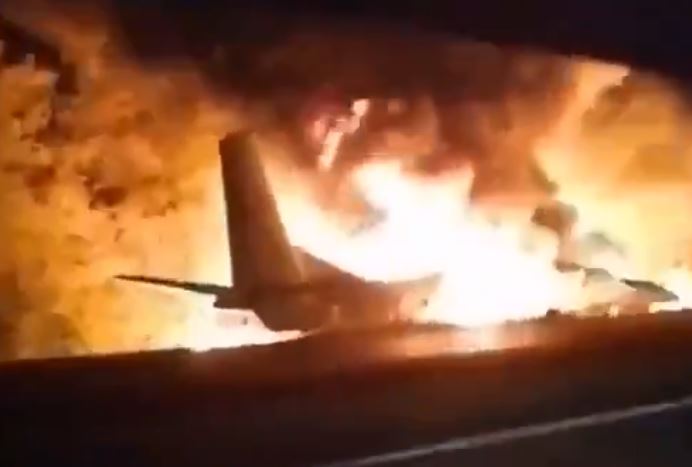 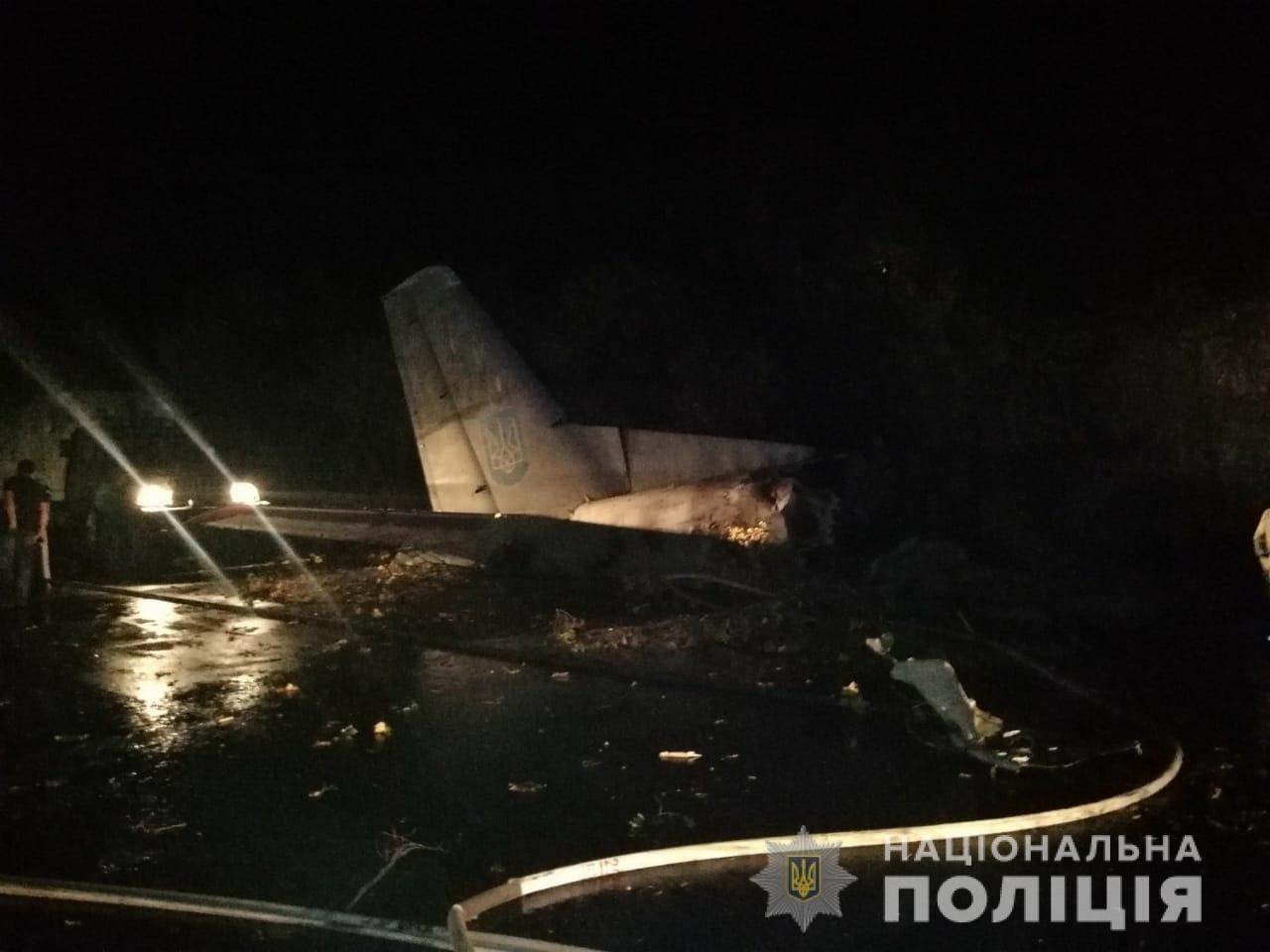 The crash happened at 9.55pm local time around 1.2 miles from a military airport, the State Emergency Service of Ukraine said in a statement.

"The bodies of 22 people were found, two people were injured and the search for four people continues," it said.

The country’s President Volodymyr Zelensky described the accident as “a horrible tragedy”.

The plane was carrying students of the Kharkiv Aviation University of the Armed Forces of Ukraine, the Kyiv Post reports.

According to Ukraine’s Ministry of Internal Affair, there were 23 people on board – 5 crew members and 18 cadets. 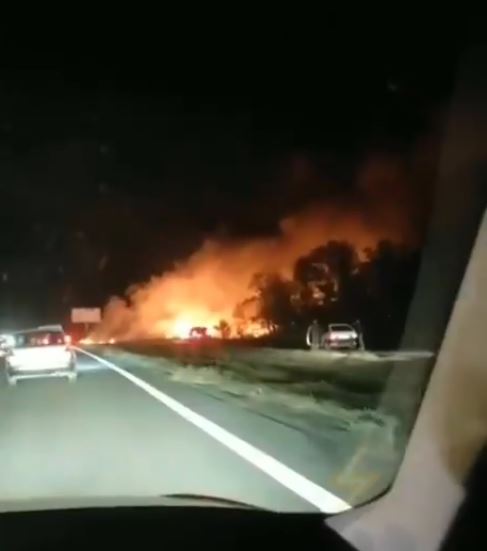 “An ambulance took two people with burns over 90 per cent of their bodies from the crash site,” Victor Zabashta, director of the Disaster Medicine Centre told local media.

Writing on his Facebook page, President Zelensky said: “A horrible tragedy. We are immediately starting a government commission to investigate what caused it.”

The Ukrainian Air Force said in statement:  "The plane crashed on landing.

“In addition to the crew, cadets of the Kharkiv University of the Air Force of the Armed Forces of Ukraine were on board the plane. There are dead and injured.”

Chuguyev has an airfield that is used for training flights, including for the military and students from the nearby Kharkiv Aviation University.

The An-26 is a twin-engined turboprop civilian and military transport aircraft, designed and produced in the Soviet Union from 1969 to 1986.

In August, a South West Aviation An-26 turboprop aircraft crashed while taking off from Juba Airport in Juba, South Sudan.

Daily Covid-19 infections hit 24,701 in first DROP for a fortnight but deaths continue to rise as Tory MPs and businesses urge Boris Johnson to…