Police accused of using live bullets on demonstrators as week of protests against Ortega and pension reforms continue. 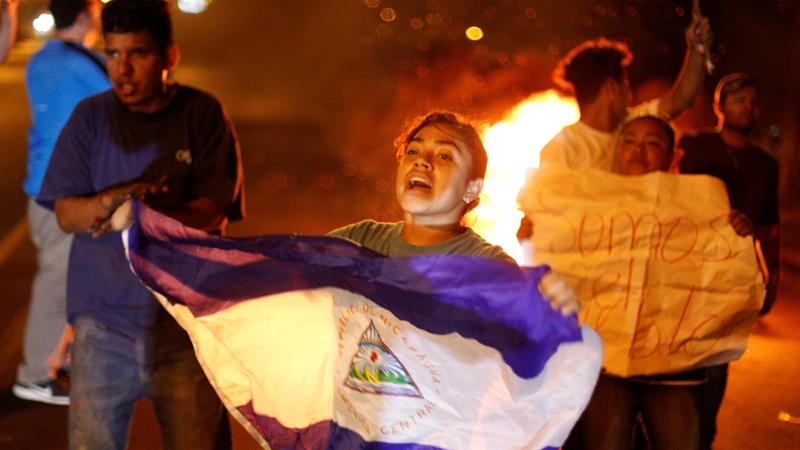 At least 10 people have been killed and dozens injured as protests in Nicaragua are expected to continue into their fifth consecutive day on Sunday.

The demonstrations against the government of President Daniel Ortega kicked off on April 16 over alleged negligence in handling forest fires in the Indio Maiz Biological Reserve.

“The Nicaraguan state has failed,” 23-year-old student Flavio Latino, one of the youth organisers behind the recent protests against the government and the #SOSNicaragua movement, told Al Jazeera.

During the protests, which increasingly spread from the capital to other parts of the country, police fired tear gas and rubber-coated steel bullets on demonstrators maintaining barricades and throwing rocks. Security forces have also been accused of firing normal ammunition.

The government also deployed the military in the capital, Managua, and other locations on Saturday, local media reported.

The Red Cross reported on Saturday it had attended to 320 people during the protests, many affected by tear gas or injured by mortars, though it did not indicate who was using makeshift mortars. 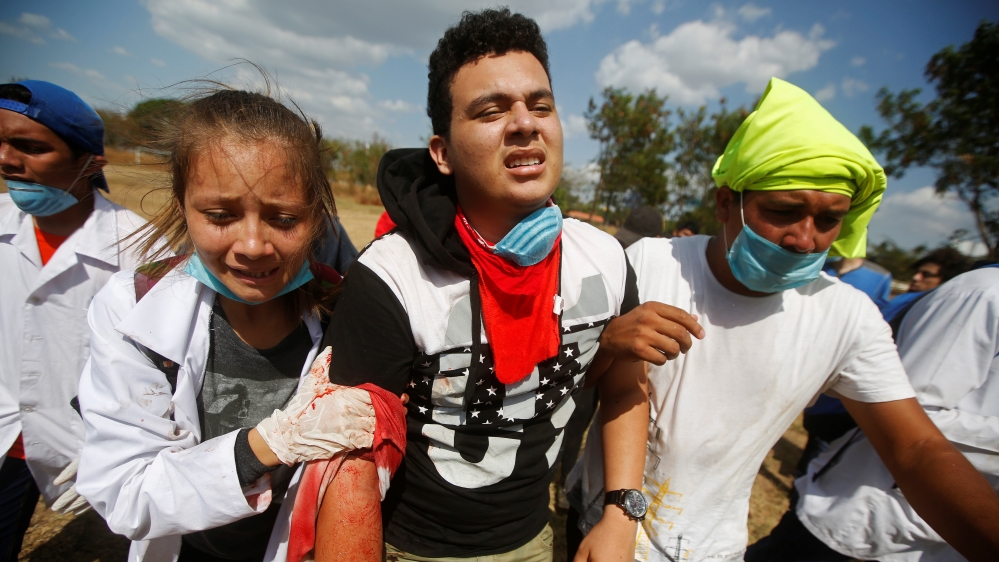 According to the Nicaraguan Initiative of Human Rights Defenders and the Nicaraguan Center for Human Rights, at least 25 people have been killed, including a police officer, and at least 67 people have been injured at the hands of police and pro-government groups. According to the government, at least 28 police officers were injured. On Saturday, the government put the official death toll at 10 people.

One journalist, Angel Gahona, was reported killed on Saturday while covering protests in the coastal city Bluefields.

The first fatalities were reported on Thursday when two civilians and a police officer were killed in clashes. The same day, a number of television outlets were reportedly taken off the air.

According to Latino, since then, the focus of #SOSNicaragua shifted away from the social security reforms to demand an end to violence.

“We need to shut down the country to solve this in the face of the killings and the violence being generated on all sides of the protests,” Latino said.

The social security institute, known as INSS, had been sinking towards crisis. The International Monetary Fund (IMF) reported last year that INSS was on track to run out of liquid reserves by 2019, highlighting the need for reform.

Ortega, a former left-wing rebel who fought to overthrow the US-backed Somoza dictatorship in 1979, defended the INSS reforms on Saturday.

He said the reforms would be implemented gradually and were less drastic than options promoted by the IMF, such as raising the retirement age from 60 to 65.

He also accused allegedly US-backed right-wing factions of steering the protests to destabilise the government.

“They want to destroy Nicaragua’s good image that has cost us so much to build and to sow hate again,” he said in a televised address, comparing the country’s recent history to its civil war past.

“They don’t want peace or stability for the country,” he continued. “What they want is to take power.”

Ortega called for renewed dialogue with the private sector over the social security reform and welcomed modifications to implement the reforms “in a better way”.

The business trade organisation COSEP called for private sector workers to protest on Monday in support of dialogue and urged the government to create conditions to “avoid more bloodshed”.

Latino rejected a business-led dialogue process, saying private enterprise and the government have both contributed to the country’s status quo. He said protests will continue until both the government and COSEP agree to conditions for dialogue that will first end the violence before broaching other issues on social movements’ agendas.

A statement signed the “self-convened people” outlined seven conditions, including immediately halting violence and including diverse social groups in the dialogue process such as students, indigenous and Afro-descendent people, environmentalists and other groups.

The Office of the United Nations High Commissioner for Human Rights expressed concern over the violence and called on authorities to respect freedom of expression and the right to peaceful protest. 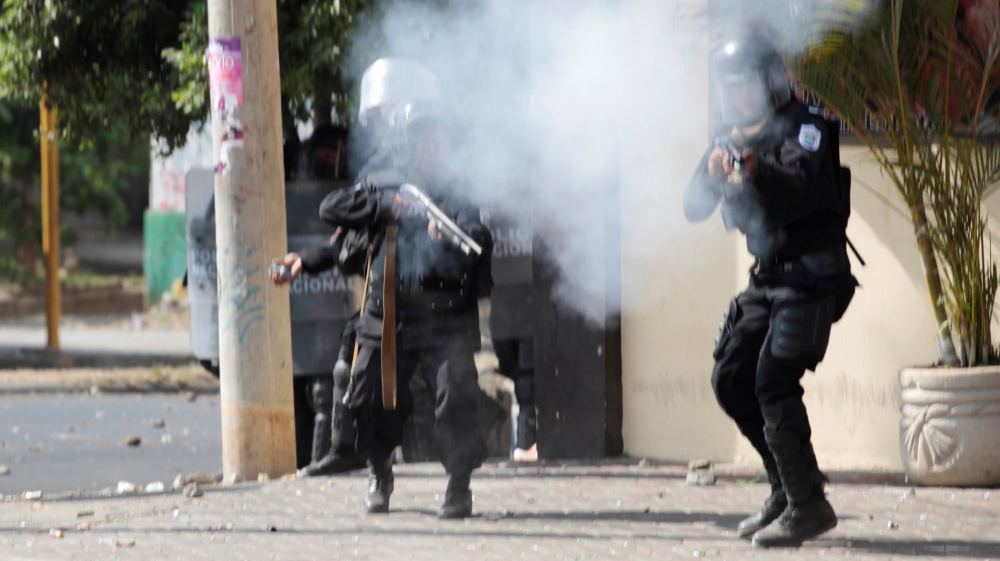 Ortega’s government has faced condemnation in recent years over plans to build an inter-oceanic canal, for hobbling political rivals, and consolidating power when his wife, Rosario Murillo, became vice president. Ortega has won three consecutive terms since 2007 after serving a first presidential term in the 1980s.