TRIPOLI (Reuters) – Lawmakers loyal to Libya’s U.N.-backed government on Thursday denounced an attack on Tripoli by an ally of the United Arab Emirates and defended their record in fighting terrorism, after the Gulf state said “extremist militias” ruled the capital. 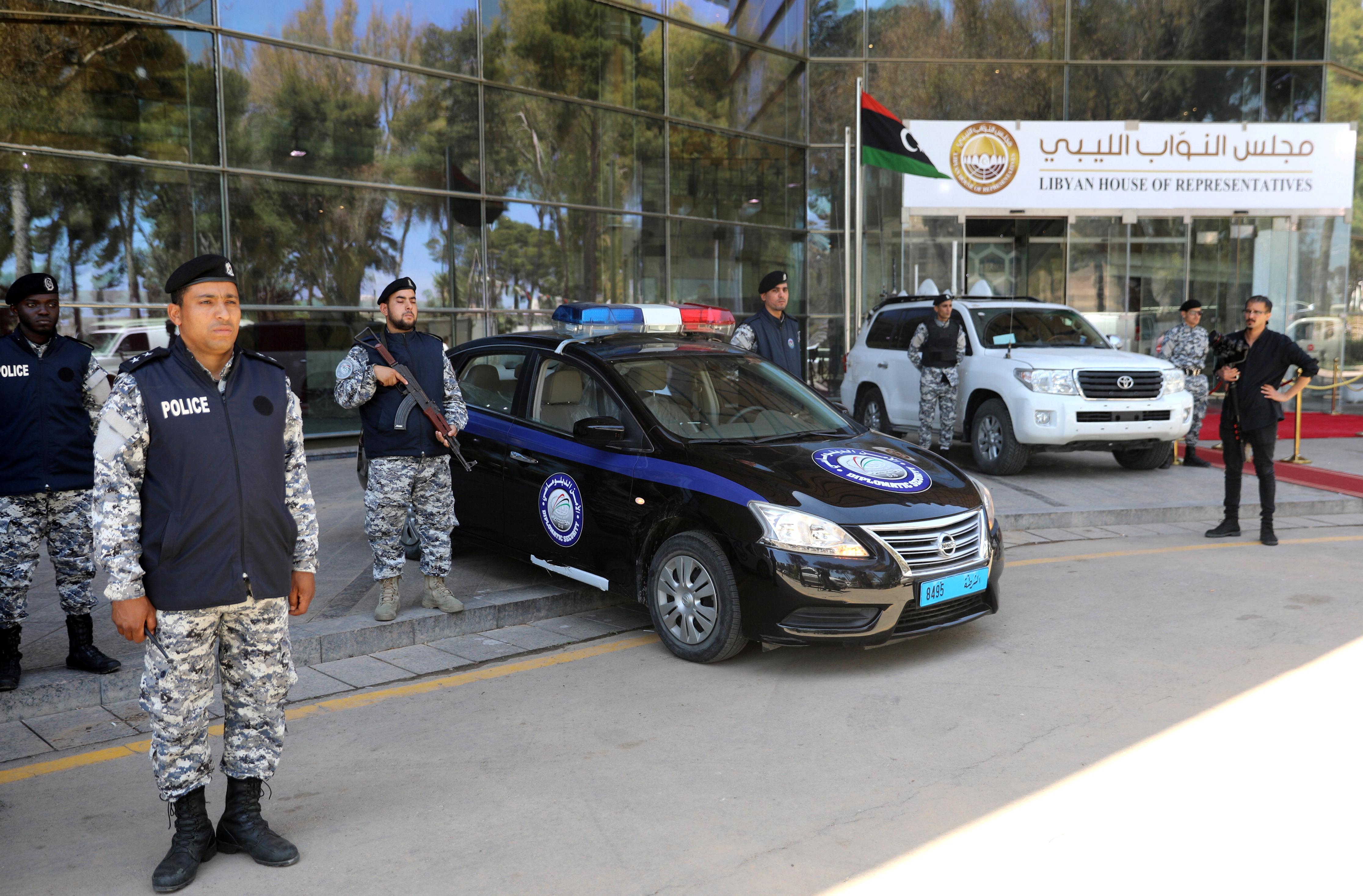 The lawmakers spoke at a meeting deliberately staged in the beleaguered city to challenge the official parliament based in Libya’s east, a body aligned to UAE ally Khalifa Haftar, in a move that further cements divisions in the oil-producing nation.

Haftar is fighting to capture Tripoli from forces allied to Libya’s internationally recognized government, and an official of the Gulf state said on Thursday the priority in Libya was to counter “extremism/terrorism”.

The UAE, along with Egypt, sees Haftar as a bulwark against Islamist militants in North Africa. A 2017 U.N. report said the Gulf state has provided his Libyan National Army (LNA), which is allied to a parallel administration in the east, with military and logistical support.

The campaign is the biggest military confrontation in Libya since the 2011 toppling of leader Muammar Gaddafi. Fighting picked up in Tripoli’s southern districts late on Wednesday, with shelling audible in city center, although it was less intense than at the start of the week.

Several lawmakers met in the capital to show opposition to Haftar’s assault, which since its launch more than three weeks ago has all but wrecked U.N.-backed efforts for a peace deal between the rival factions to end eight years of conflict.

“We are here for the rejection of the offensive,” lawmaker Hamouda Siyala told Reuters.

Some parliamentarians appeared to be incensed by the UAE’s allegation, although they did not mention the Gulf state.

“Which terrorism are you speaking about?” asked another lawmaker, Aisha Shalabi, whose speech was interrupted by attendees shouting “Allahu Akbar”.

“(We) fought it in Sirte … if you speak about militias, they are our sons who toppled Gaddafi,” she said, referring to a city where Islamic State was driven out by Libyan militias.

Libya split in 2014 into rival administrations, and the Tripoli conflict has scuppered plans by the United Nations to hold elections to produce a national government and parliament.

“UNITY OF OUR SOIL”

The conflict threatens to unsettle oil supplies, increase migration across the Mediterranean to Europe and wreck U.N. plans for an election to end rivalries between parallel administrations in east and west.

The internationally recognized parliament, the House of Representatives (HoR) in the eastern city of Tobruk, to which the lawmakers meeting in Tripoli belong, denounced the session in the capital as illegal.

The HoR has allied itself with Haftar, but some lawmakers from western Libya have boycotted the assembly since the last national elections in 2014.

The attendance of parliamentarians was not officially disclosed, but organizers said about 42 lawmakers had arrived. Reuters identified about 10 lawmakers in a crowded room.

Sadeq al-Kahiali, who presided, said in an opening speech “we are not here for a division or a coup, but to maintain the unity of our soil and protection of Tripoli from the offensive.” 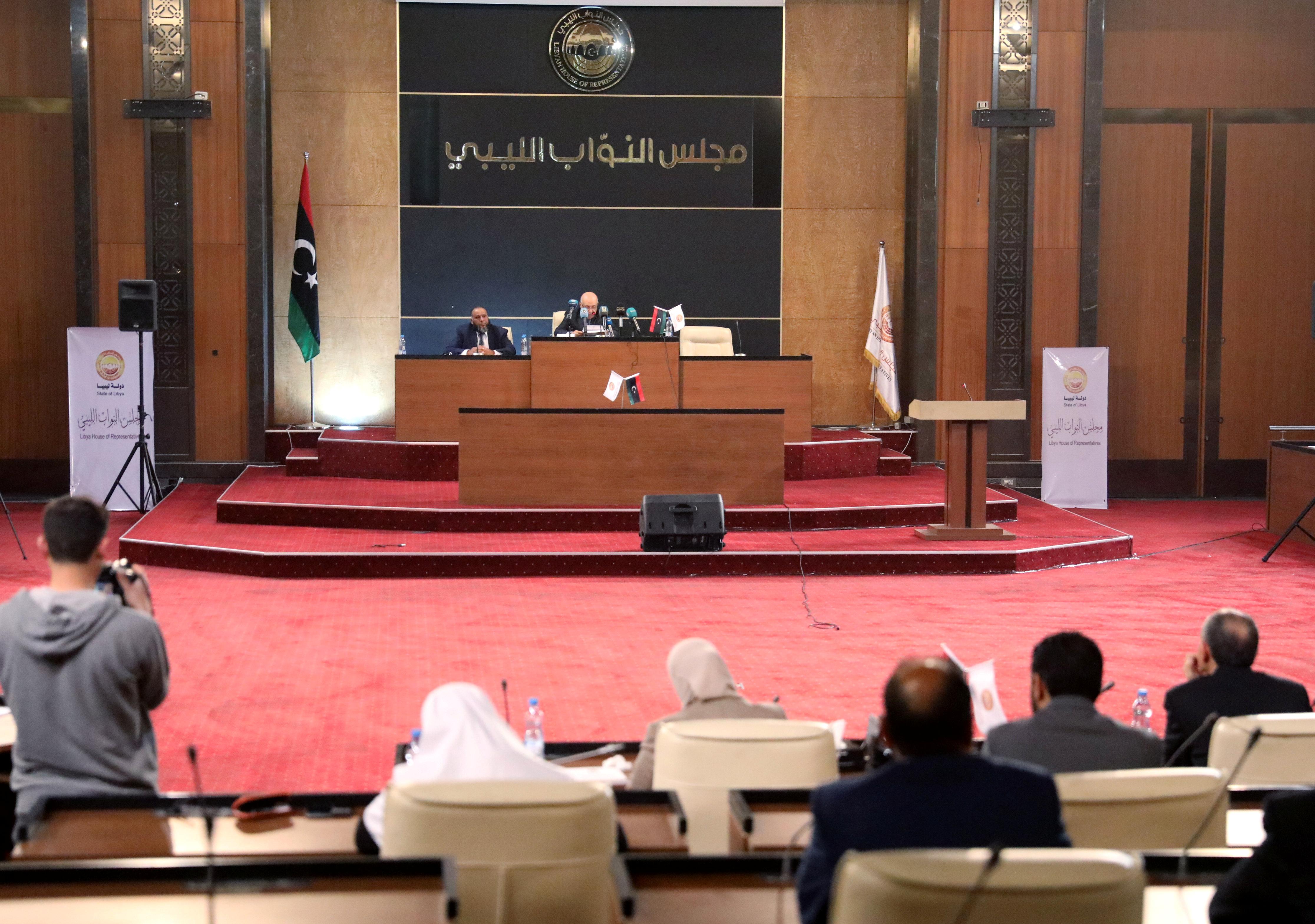 Abu Dhabi, which has voiced support for U.N. peace efforts, last February hosted talks between Prime Minister Fayez Seraj and Haftar, where the two agreed a need for national elections.

Since the Tripoli offensive began, 376 people have been killed in the fighting, including 23 civilians, and 1,822 wounded, 79 of them civilians, according to latest U.N. figures. More than 45,000 people have fled their homes.