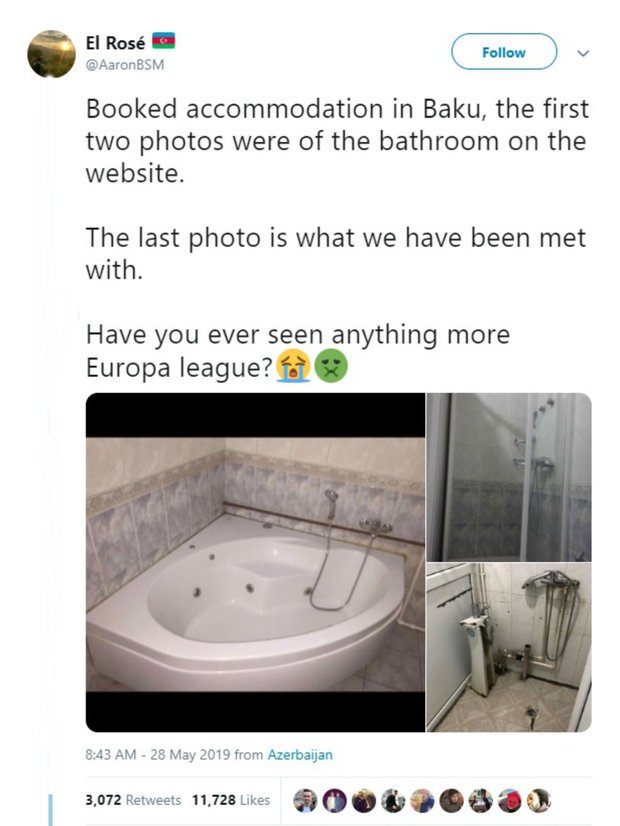 He wrote on social media: “Booked accommodation in Baku.

“The first two photos were of the bathroom on the website. The last photo is what we have been met with.

“Have you ever seen anything more Europa League.”

The modern walk-in-shower behind a glass door in the booking photo was especially far from the mark.

His photos also show a tiny area to shower with a hole in the ground for drainage and dirty tiles.

The shower head is balancing on a tap suggesting that there was no hook on the wall for it to be placed. 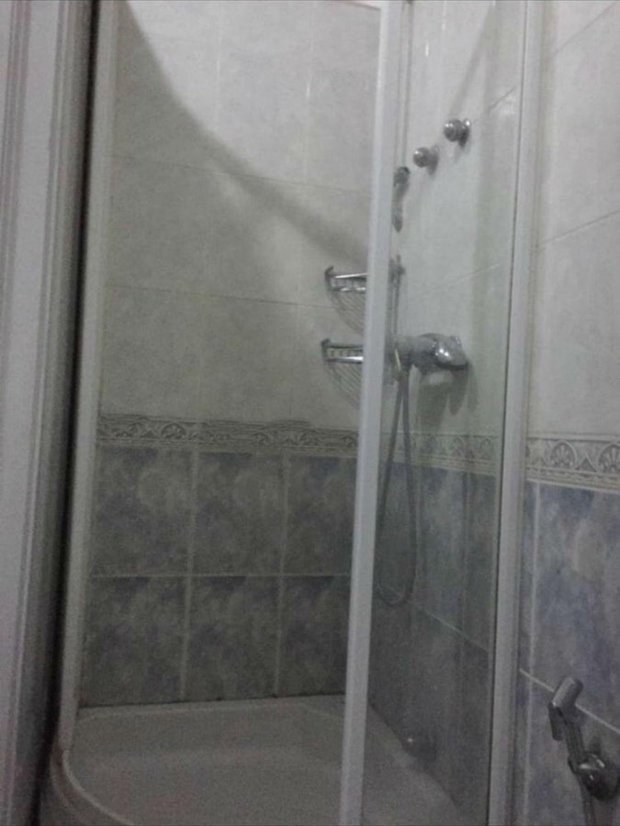 There is broken porcelain next to the shower that appears to be the remains of a sink.

Aaron added to his initial comment: “It’s so true (but) forget the shower. Why the f*** is there a sink in the shower?”

He received many replies with the majority fluctuating between sympathetic and sarcastic.

One wrote: “I’m more worried the first two pictures were used to entice people into booking.”

One put it: “This is just disgusting. This is why people don’t book hotels online.

“One would rather get to the destination and look for a room upon getting there. So many scammers online.”