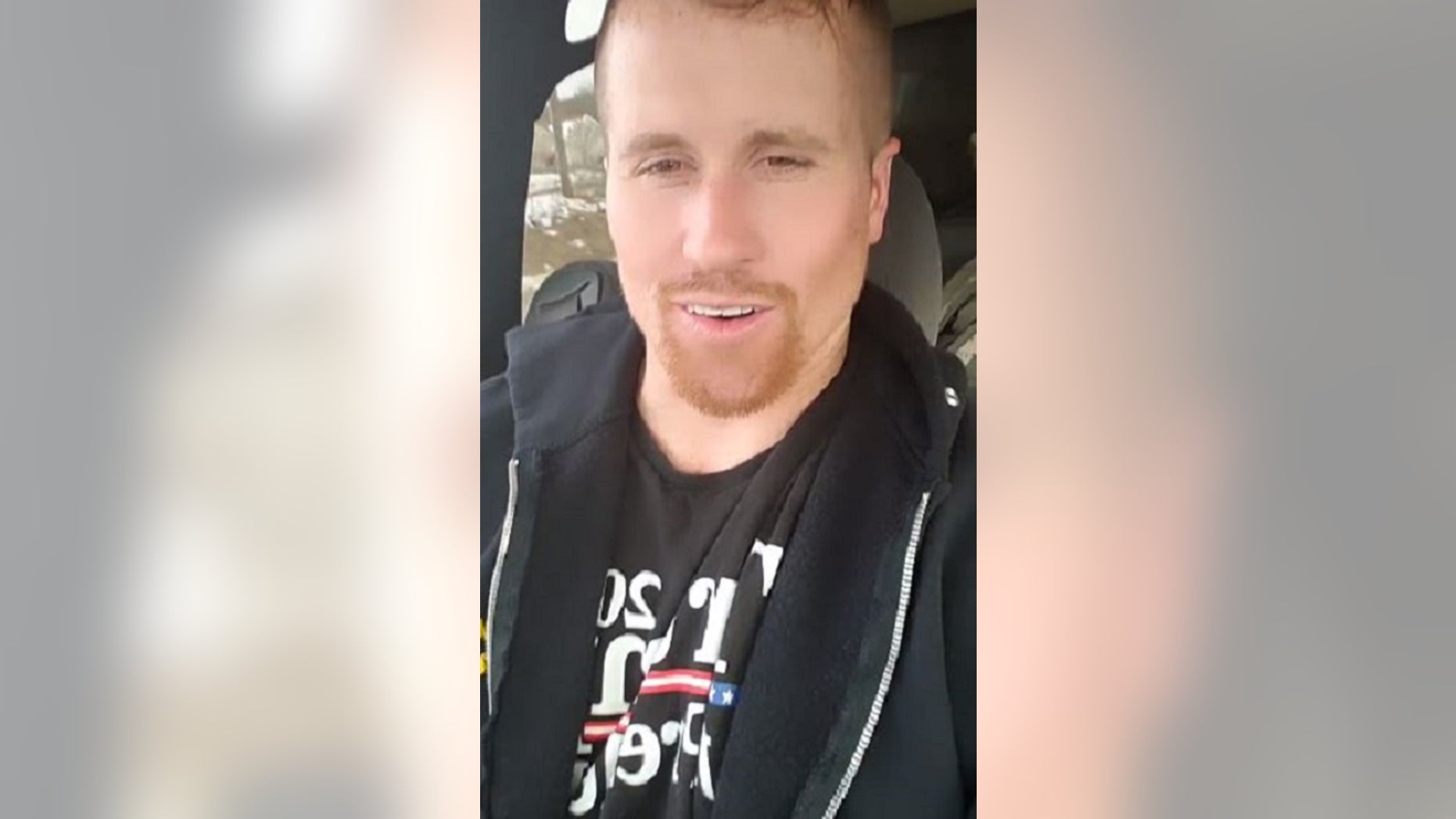 Army veteran Jake Talbot was reportedly asked not to wear his Trump T-shirt next time he visits a gym in Troy, Mo. (Facebook)

The owner of a gym in Missouri asked an Army veteran to not wear a Trump T-shirt during his next visit, saying the shirt was making other gym patrons feel "uncomfortable," according to reports.

Liz Drew, owner of CDY Fitness in Troy, about 55 miles northwest of St. Louis, didn't ask Talbot to leave or change his shirt, but simply asked him not to wear it to the gym again, St. Louis' KDSK-TV reported.

Afterward, Talbot posted a Facebook video about the incident, saying "it's not racism."

Drew, meanwhile, told St. Louis' KMOV-TV that her gym "shouldn't be a political forum for anyone."

"I have much respect for all of our service members. I regret that some were offended by this misunderstanding," Drew texted in a message to KSDK. "I was simply attempting to ensure that all of my members felt safe and unthreatened."

Attorney Lynette Petruska told the station that the gym’s owner was well within her legal bounds to ask Talbot to take off the shirt, adding that “the business owner really didn’t violate any First Amendment or anti-discrimination law."

But Drew disputed that she told him to remove the shirt, according to the St. Louis Post-Dispatch.

"I said, 'Jake, we're friends and I love you, but I'd appreciate it if you didn't wear that shirt in the future,'" Drew said.

But Talbot maintains that "it's a free country," KSDK reported.

"It’s what I fight for. I love this country, and I’m very patriotic,” Talbot told the station.