EXCLUSIVE: Revealed, Apprentice star Tom Bunday was jailed in Sweden for a vicious assault where his victim’s ‘head caved in’ during pub row

A rising star of the new series of the Apprentice is an ex-convict who was jailed for a violent assault, MailOnline can reveal.

Tom Bunday, 28, was jailed in Sweden several years ago for ‘caving someone’s head in’ after an argument in a pub.

Mr Bunday, who has listed ‘loyalty’ as one of his best qualities, was arrested with a fellow tree-climbing enthusiast after they set upon a victim in a vicious attack.

MailOnline has also learnt that the aspiring entrepreneur failed to reveal his criminal past to the BBC, while his conviction did not show up during checks on contestants because it is now spent in legal terms.

Mr Bunday said: ‘This incident is well in my past but I still feel a huge amount of regret for any distress caused.

‘It was an extremely hard time for me and my family, but it made me realise I really wanted to give back to my family and society in general. 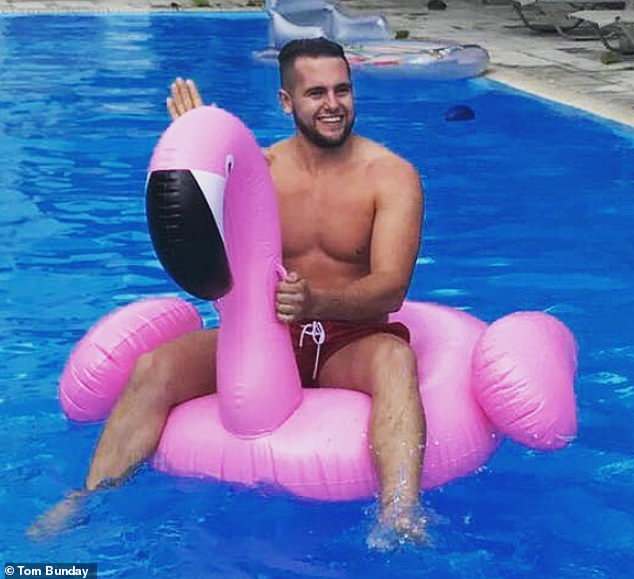 ‘I have now created 23 full-time jobs through a company I started from scratch, which I’m extremely proud of, as well as being able to provide a stable income for my family.’

Under the Rehabilitation of Offenders Act 1974 any person with a criminal conviction does not need to notify employers once a set time frame has passed. There are similar provisions under Swedish law.

A BBC spokesperson confirmed he was not under obligation to tell the show’s producers.

A statement said: ‘DBS checks are done for all The Apprentice candidates by the production company ahead of filming.

‘A spent conviction is not disclosed under the Rehabilitation of Offenders Act.

‘Spent convictions are designed to help people move on in life and not be excluded from opportunities to help further their careers.’

The contestant’s mother, Christine, 53, added: ‘I’ll let Tom sort this out for himself.’ 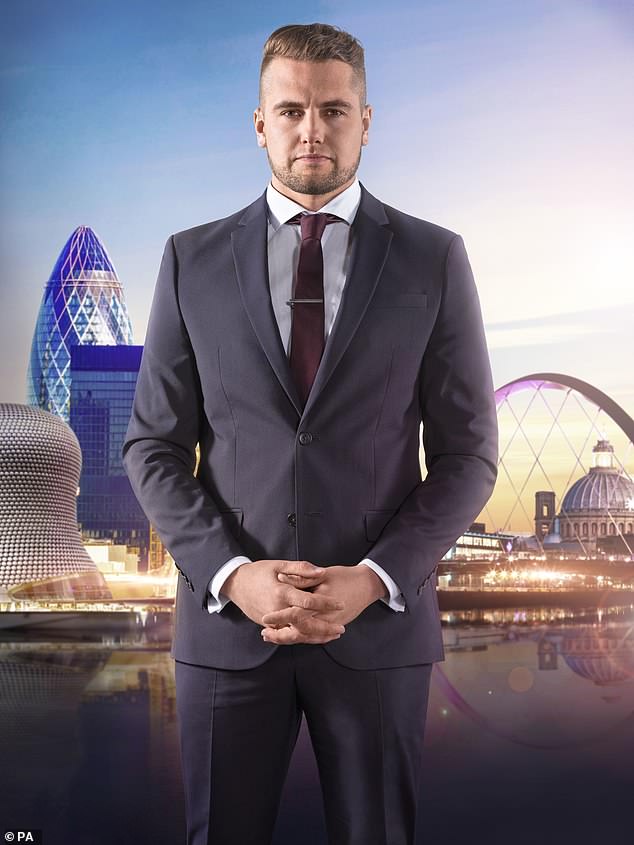 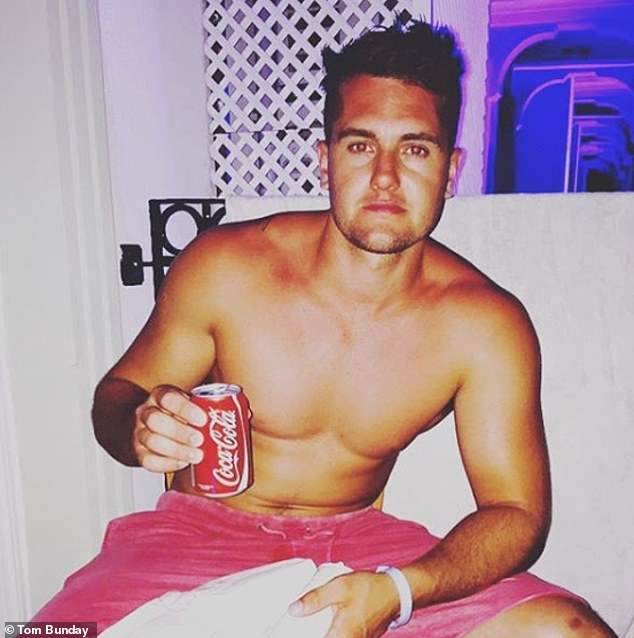 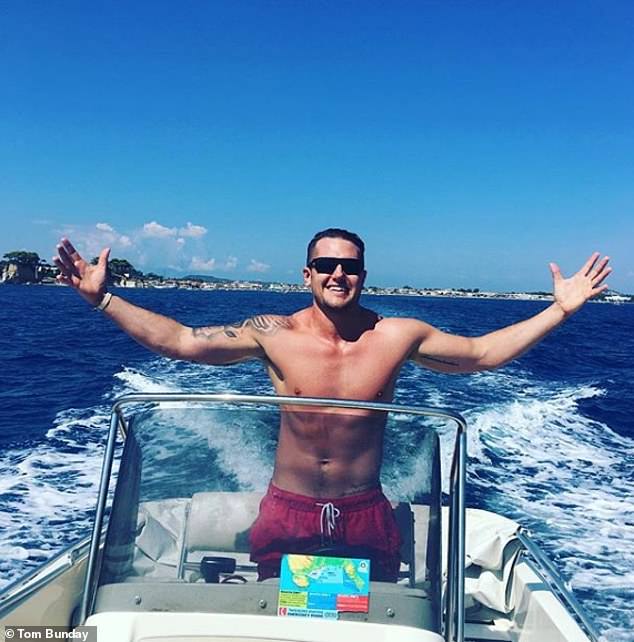 Mr Bunday has self-published two books – Break It Down Start It Up and Scale It Don’t Fail It – to coincide with his appearance on the Apprentice.

The titles were released within six days of each other. Both have attracted solid five-star reviews from users with names like Richard Major, Alex the Pirate and Mr DJ Edie.

The 28-year-old promotes his own businesses so furiously on Facebook that in August, one of his friends commented: ‘you know this isn’t LinkedIn’. 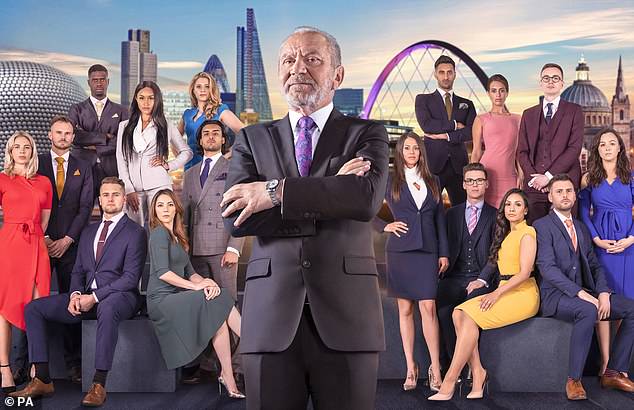 Mr Bunday (pictured far left, front row) does not have to inform new bosses of his conviction because in legal terms it is now spent 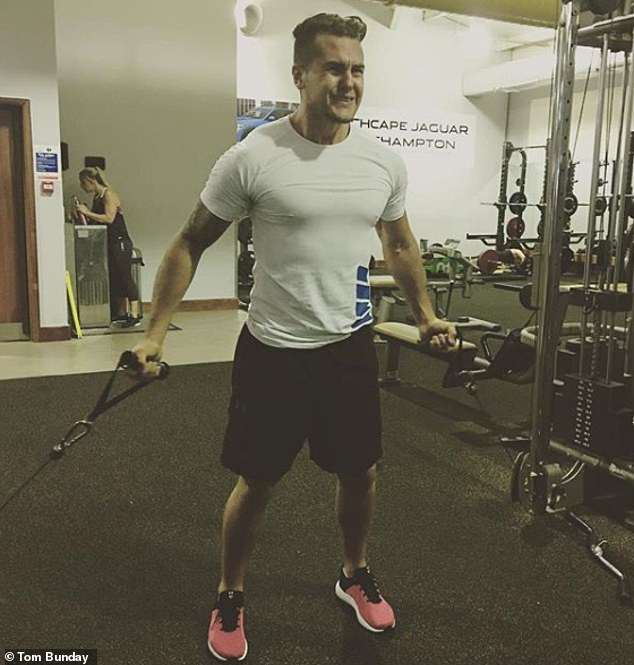 Mr Bunday struggled at school and failed to find his feet after leaving.

His low point came when he was jailed after the attack, which left his victim in need of hospital treatment.

After his release, he tried to leave his thuggish past behind and set himself up as an entrepreneur and self-help guru.

He now runs his own tree surgery firm in his native Southampton, as well as a self-help company called Tradescaler, which gives advice to would-be entrepreneurs about how to ‘scale’ their projects.

‘There are very few people that can genuinely say they’re going to make it,’ he said in an interview.

In the very first episode which aired last week the teams were sent to Malta.

Mr Bunday battled with the appointed project manager during the first show to take control of a negotiation, saying he was ‘very confident’ he would be the one to succeed. 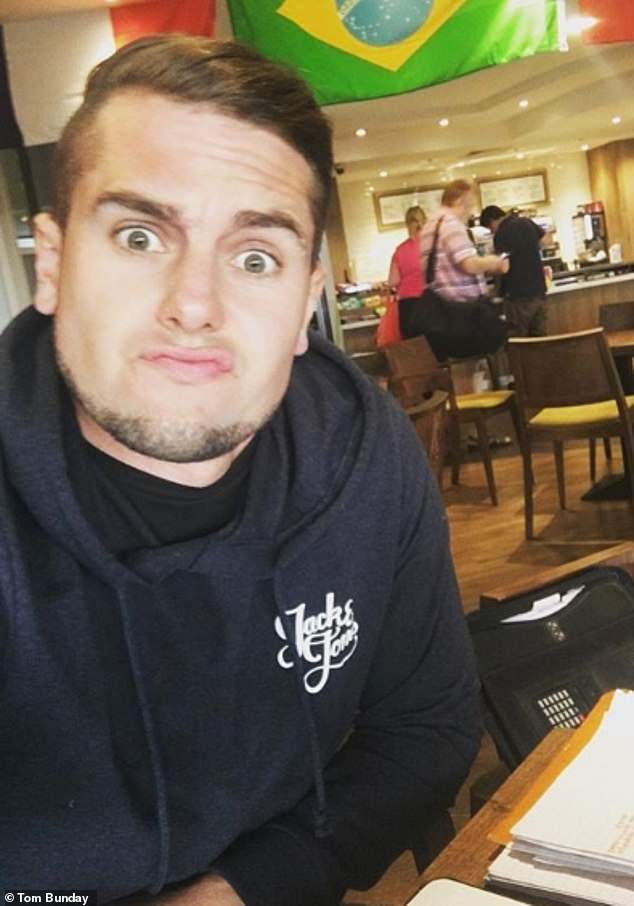 Before the show Mr Bunday described immaturity as one of his personal attributes.

‘I think it’s a good thing because it draws people to me.