Mrs Merkel, the current German Chancellor, is sometimes presented as the ‘Queen of Europe’ or even ‘Leader of the Free World’, and has led her country since 2005. She has provided constant support to the EU and is one of the main mediators within the prolonged Brexit discussions. The Chancellor is the main figure who has refused to let Britain “cherry-pick” different elements from the Single Market – the trade bloc which allows all EU goods, capital, services and citizens to move freely between different member states. For instance, she stood up to David Cameron when he was attempting to negotiate a revised deal with the EU in 2015. The Prime Minister had suggested an annual cap or emergency brake on migration and was conscious the use of such a brake might appease the growing Euroscepticism within his own party.

If they were happy, he might not have to hold a referendum on the UK’s membership in the bloc.

Yet, Mrs Merkel brutally rejected his idea: “No. No. No. No way. Never, David.”

Mr Cameron’s Home Secretary Theresa May and Foreign Secretary Philip Hammond then backed her decision, saying it would be unwise to go against the German Chancellor. The Prime Minister had to go ahead with the referendum.

However, some believe the Chancellor is so attached to Freedom of Movement because of her own personal history. She grew up in the communist bloc of East Germany, which was cut off from the rest of the world for decades. 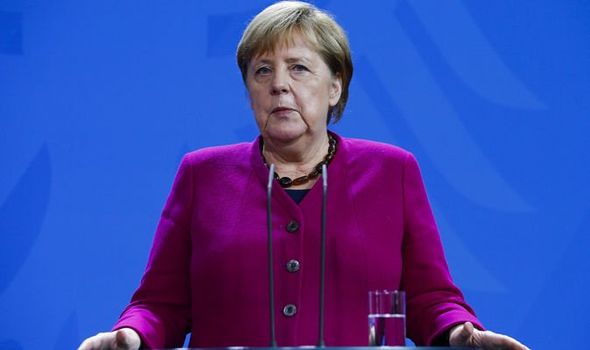 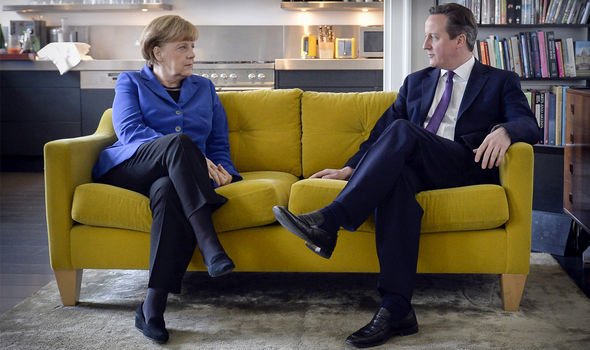 She then witnessed the momentous Fall of the Berlin Wall in 1989.

Writing in the Financial Times in 2017, Simon Kuper said: “Communist East Germany shaped [Mrs Merkel]. In her first 35 years she learnt that ideology is mostly bunk; became a physicist because the field was scarcely infected by Marxism-Leninism; and dreamt of being free to fulfil herself.”

She also revealed in a Spiegel interview earlier this month what her life would have been like had the wall not fallen – and how she would have escaped the confines of the country as soon as she could: “In East Germany, women went into retirement at 60. I would have already picked up my passport five years ago and travelled to America.”

Mrs Merkel, 65, continued: “Pensioners in the GDR (German Democratic Republic) were free to travel – those who are no longer needed as socialist workers can leave. 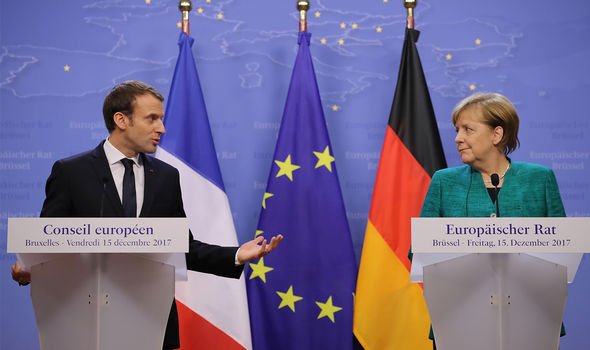 “But I would have wanted my first trip to be to America. Because of the size, the diversity, the culture. To see the Rocky Mountains, drive around in a car and listen to Bruce Springsteen – that was my dream.”

In a 2014 speech marking the 25th anniversary of the Berlin Wall’s fall, Mrs Merkel emphasised the importance of freedom once more: “The fall of the Berlin Wall showed us that dreams can come true – and that nothing has to stay the way it is, no matter how high the hurdles might seem to be.

“It showed that we have the power to shape our destiny and make things better.

“It was a victory of freedom over bondage and it’s a message of faith for today’s and future generations that can tear down the walls – the walls of dictators, of violence and ideologies.” 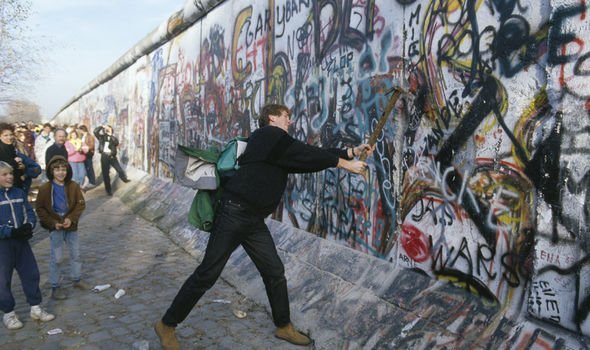 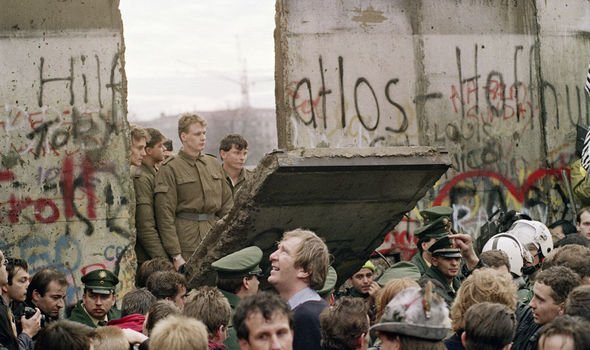 She commented how those struggling in Ukraine, Syria and Iraq should feel encouraged by the fall of the wall. Then in September 2015, she controversially allowed millions of refugees migrate to Germany.

She ignored the calls from the German parliament to stop her ‘open door policy’, put up fences along Germany’s eastern borders, and subsequently block the migrants out.

As Mr Kuper put it, “every great politician has a core, one or two beliefs she won’t trade away” – and for Mrs Merkel, that was the concept of freedom and escape. He explained: “She treasures the individuals’ freedom to make his or her own life.”

Quoting biographer Matthew Qvortrup from October 2015, Mr Kuper said: “When Hungary’s Prime Minister Viktor Orban advised Germany at an EU summit to build a fence, Merkel let silence fall, then said, ‘I lived a long time behind a fence. It is not something I wish to do again.’”

While she has now changed her policy towards migrants, she has maintained her stance on freedom of movement within the EU. 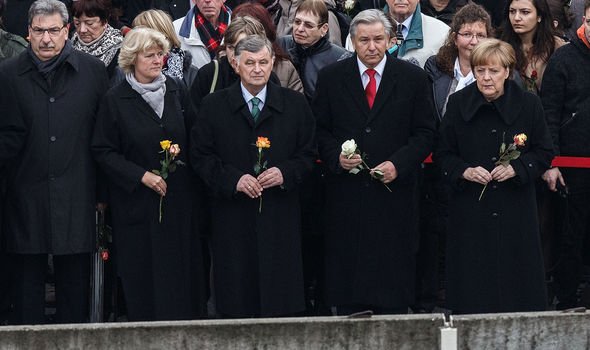 In his 2019 book, ‘A Short History of Brexit: From Brentry to Backstop’ Kevin O’Rourke said Mrs Merkel even protected Freedom of Movement in writing as soon as the UK voted for Brexit: “She made sure the UK could not benefit from the trade advantages that come with the Single Market without having to opt into the freedom of movement clause.”

She added a key sentence – “Access to the Single Market requires acceptance of all four freedoms” – to the statement issued by all remaining 27 heads of state or government on June 29, 2016.

The Chancellor, under no circumstances it seemed, would allow Downing Street to benefit from trade without opening the UK’s borders.

The 30th anniversary of the fall of the Berlin Wall will take place this weekend. French President Emmanuel Macron will reportedly be meeting the Chancellor as she reflects on the legacy on the history of East Germany and the Wall itself.