Yes, I know there’s an election on, but I’m not going to write about that today. There’s already so much to read about it, online and in the newspaper. As for my views on it, I spent much of the week agonising over what we would say in our editorial, which really encapsulates my thoughts on the issues. So, I thought I’d make the theme of today’s note something completely different: podcasts.

Podcasting is just one of the suite of ways in which we bring you the news, as well as culture, sport and entertainment. If I’m honest, we have not always been certain where podcasts fit into our offering, or how much emphasis we want to put on them. They can be complex and time-consuming to make, commercially they are still a work-in-progress, and some readers wouldn’t consider them part of our “core business” – the writing and presentation of journalism for our website and newspaper. 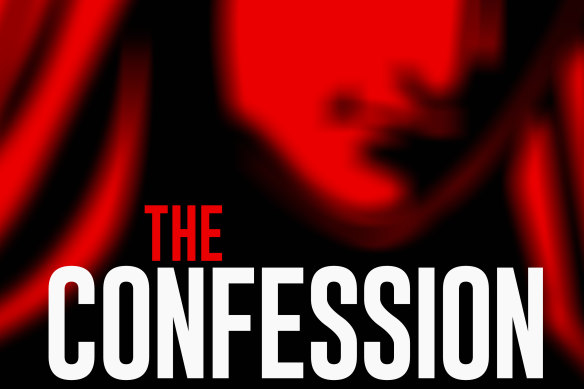 But podcasts are so powerful. The subject sprang to mind today because Friday is the day we release new episodes of The Confession, our newish narrative podcast. It’s by long-time investigative reporter Richard Baker. And it’s really, really good.

This is Richard’s fourth narrative podcast. The first was Phoebe’s Fall, in 2016 (full disclosure, I was his co-host), followed by Wrong Skin and then The Last Voyage of the Pong Su. All can be found on our website, or on your favourite podcast platform. The Confession is Richard’s last hoorah before he heads off to try his hand at building his own business.

I’ll talk about The Confession because it’s a good example of this form of journalism. It follows the story of Katia Pyliotis, who was tried four times over four years for the 2005 murder of an elderly man in Kew. He was beaten to death with a tin can and a statue of the Virgin Mary, and Pyliotis’ DNA was found at the scene. But after years in prison, going through what she describes as a “nightmare”, Pyliotis’ prosecution was stayed when some good lawyers and a Supreme Court judge unpicked a police investigation that had, it appears, ignored the confession by another woman, who has since died.

The podcast asks some pretty hard questions about the justice system. And it does so in a way that no ordinary feature story could hope to do. The power of listening to recordings of Katia’s despairing phone calls from prison as she tries to work through her situation could not be understood so viscerally except by hearing them. And then there’s the eye-opening audio from the Supreme Court as Justice Elizabeth Hollingworth all-but eviscerates the police case. You can read about it, but nothing beats listening to it.

As our head of audio, Tom McKendrick, pointed out in The Age’s recent Impact Report, The Confession is just one of many podcasts we have produced.

Jessica Irvine and Dominic Powell’s It All Adds Up is about money management. The latest episode covers the vexed area of the side-hustle, with humour and a bunch of personal anecdotes – it turns out Jess once sold a basket of pine cones in a basket she found on the side of the road.

Our journalists give the inside story of the daily news in our Please Explain podcast. It can be powerful, as when photographer Kate Geraghty recalled her experiences covering the Ukraine invasion with reporter Anthony Galloway. Another audience favourite, Enough is a moving podcast about mental health in young people through the pandemic and beyond.

Liar, Liar, is a hugely successful podcast about missing Sydney fraudster Melissa Caddick. The Drop, with culture news editor Osman Faruqi, tackles the latest in the world of pop culture and entertainment. Real Footy offers analysis on the AFL every week of the season; Good Weekend Talks takes an in-depth look at some of the best long-form journalism we produce; and John “Sly” Silvester hosts Naked City, sharing tales from Melbourne’s underworld.

Anyone who knows Sly has heard some of his anecdotes from the sometimes seedy, sometimes hilarious, intersection of cops and crooks, and nobody in the country can tell a laconic yarn (with heart) like he does. He’s a treasure, and the podcast is him in distilled (audio) form.

What I learnt working on Phoebe’s Fall was how engrossing this form of journalism can be – you’re literally in the ears of your audience while they drive, walk, exercise, garden, sit on the couch. I listen to podcasts while doing the housework. It works. Makes the time go quicker.

I can’t really sign off without mentioning our election coverage. You can follow it all weekend on The Age site – we’ll be blogging throughout – including all the results on election night, and plenty of wash-up the following day by our crack team of reporters and analysts. I suspect it’s going to be fascinating. And I’ll let you know how it went from my point of view next week.

Finally, don’t miss tomorrow’s Good Weekend, with our annual 52 News Makers list of Australians who have shaken and stirred the country this year. Compiled by writers from across the newsrooms of The Age and The Sydney Morning Herald, the list includes people from politics, business, media, the environment, fashion, social media, publishing and the arts. Led by the Good Weekend team, it’s really a whole of newsroom exercise and includes contributions from a roll call of top reporters including David Crowe, John McDuling, Liam Mannix, Zoe Samios, Melissa Singer and Konrad Marshall. You can find it in print and online.

Michael Bachelard sends a newsletter to subscribers each week. Sign up to receive his Note from the Editor.