Since coming to power in 2014, the Modi government has cancelled the licences of nearly 15,000 charities. 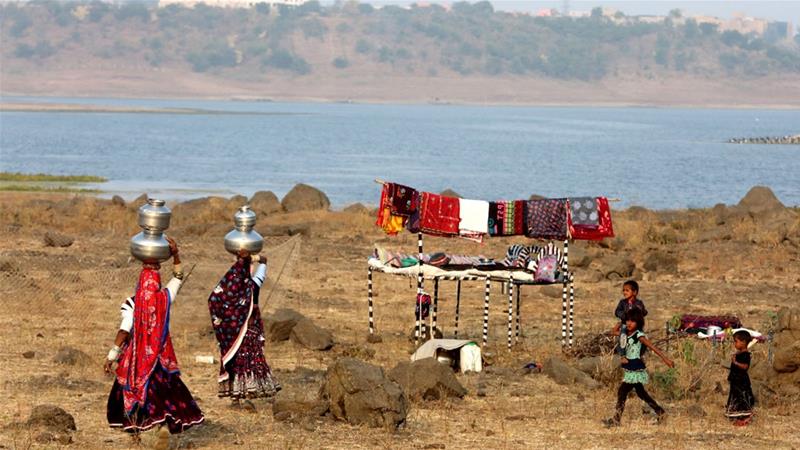 International aid and rights groups with deep roots in India say they are struggling to operate under Prime Minister Narendra Modi, whose Hindu nationalist Bharatiya Janata Party (BJP) has elevated the role of sympathetic homegrown social organisations while cracking down on foreign charities.

Greenpeace India, which has repeatedly pushed the government to address hazardous air quality in cities across India, said this month that it was forced to close two regional offices and sharply reduce its staff after its Benagaluru offices were raided and its bank accounts were frozen.

Tax officials allege it was illegally receiving funds through a shell company set up to evade authorities after India’s home minister cancelled the group’s licence.

Amnesty International India, which has accused the Modi government of eroding the freedom to dissent by jailing prominent critics, had to slash 68 jobs – 30 percent of its in-country workforce – and cancel programmes after finance ministry officials carried out a 12-hour raid on its headquarters in November.

While the raid was under way, the government released a statement accusing the group of illegally receiving 260 million rupees ($3.5m) from an overseas account through a shell company.

Both Greenpeace and Amnesty International have denied the allegations.

International aid organisations have operated in India for decades, collaborating with the government on issues ranging from clean water to children’s education to the disposal of e-waste.

However, the government no longer sees these groups as partners, activists and observers have said, but as threats.

Critics say the government is attempting to cover up human rights failures by cracking down on groups that expose them.

“It has become a business for them. They misuse funds, land and other facilities provided by donors,” Khurana said, adding that the government should further encourage Indian organisations funded by local donors.

The Modi government has used the Foreign Contribution Regulation Act, which regulates foreign funding for civil society groups, to cut off funds and stymie activities of organisations that question its policies, rights activists said.

Since coming to power in 2014, the Modi government has cancelled the licences of nearly 15,000 charities, preventing them from receiving foreign funds, for failing to produce timely tax returns and other required documents, Junior Home Minister Kiren Rijiju told Parliament last year.

“There is complete intolerance to any kind of government criticism,” said Jayati Ghosh, an Indian economist who studies India’s human rights landscape.

At the same time, Hindu nationalist organisations, especially the Rashtriya Swayamsevak Sangh, or National Volunteer Corps, a hardline Hindu group that Modi belongs to, have flourished, she said.

“Nothing happens to them if they get foreign funds. There is absolutely no kind of control on their activities,” Ghosh said.

John Dayal, a civil liberties activist and former president of the 16-million-member All India Catholic Union, said Christian charities with a longtime presence in India running programmes in education, health and development in remote villages have not been spared in the crackdown.

Christian aid groups “cannot receive even small donations. Many have had to close down. Many hostels and medical centres have closed down. The people are the ones who suffer,” Dayal said.

Meenakshi Ganguly, South Asia director of Human Rights Watch, places the blame at the feet of the previous Congress party government for amending the Foreign Contribution Regulation Act in 2008 to require organisations to reapply for registration every five years, despite the concerns of civic groups who said their operations would become subject to the whims of the government.

Ganguly said she has seen the Modi government’s aversion to scrutiny by foreign aid groups and agencies since it came to power in 2014. “The message is clear that the government wants to cover up human rights failures by cracking down on critics,” she said.

Last year, India refused to allow investigators from the Geneva-based office of the UN High Commissioner for Human rights to visit the Indian-administered Kashmir and investigate reports of rights violations in the disputed region.

India’s crackdown on international rights groups mirrors developments elsewhere in South Asia. In neighbouring Pakistan, the government of Prime Minister Imran Khan has ordered more than a dozen international aid organisations to wind up their activities after determining they were “working against the interest of the state,” according to Pakistan’s Interior Ministry.

In India, Greenpeace and Amnesty International have responded to the setback with defiance.

“There are many things right in the country. I don’t think it is possible for one government or one man to shut down an organisation like ours,” Patel said.