The jobsworth warden sparked outrage after issuing the ticket while paramedics ran into a Tesco to grab a bottle of water on their first break in eight hours. The firm which owns the car park outside the Tesco – London and Cambridge Properties (LCP) – employs Euro Parking Services to manage the land for them.

But LCP have now suspended patrols and enforcement in the car park – saying they were "very disappointed" members of the emergency services had "an issue" with a parking officer.

Euro Parking Services have also issued an apology and said the ticket should never have been issued in the first place.

They say they have also personally apologised to them and will be making a donation to their charity as a gesture of goodwill. 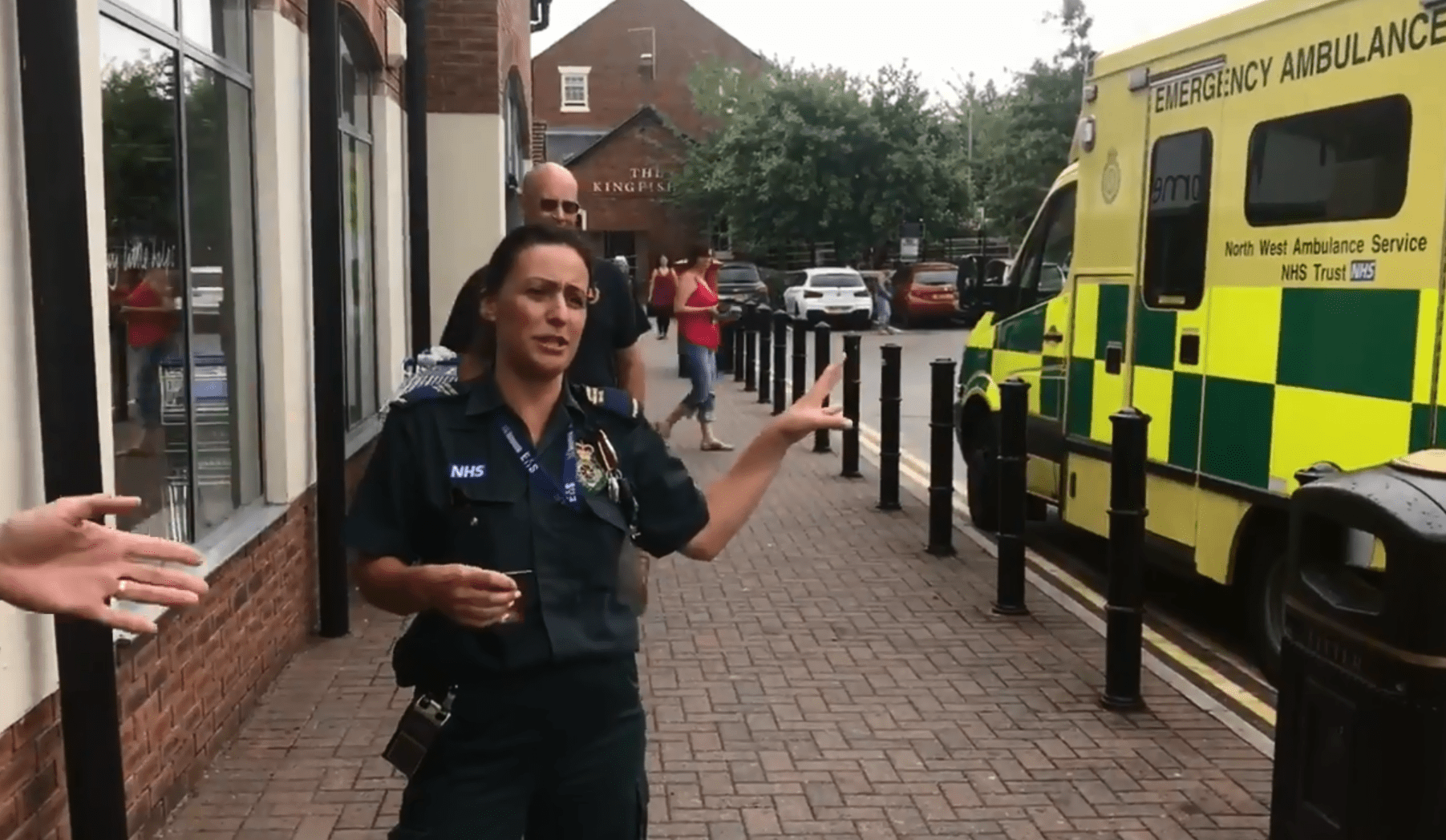 The ambulance was parked on double yellow lines outside the Tesco Express store on Tuesday when the row started.

Astonishing footage showed the warden issuing the ticket as bystanders protest his decision.

One can be heard saying: "So you are giving a ticket to an ambulance that is on call… they were on call, if their radio goes they have to go."

However the parking attendant, wearing an LA baseball cap, says: "They are getting some food, so they are not on call are they?" A medic, who was several hours into her shift, then asks the man where he would like her to park the vehicle.

He says "the bay", however she explains that the ambulance does not fit in the bay.

She says: "I'm not being funny, I'm not going to use a disabled space… so where would you like me to park?

"I've been on since 6.45am this morning, I've had nothing to drink, nothing to eat.

"And now I'd like to go to Tesco to get some water." 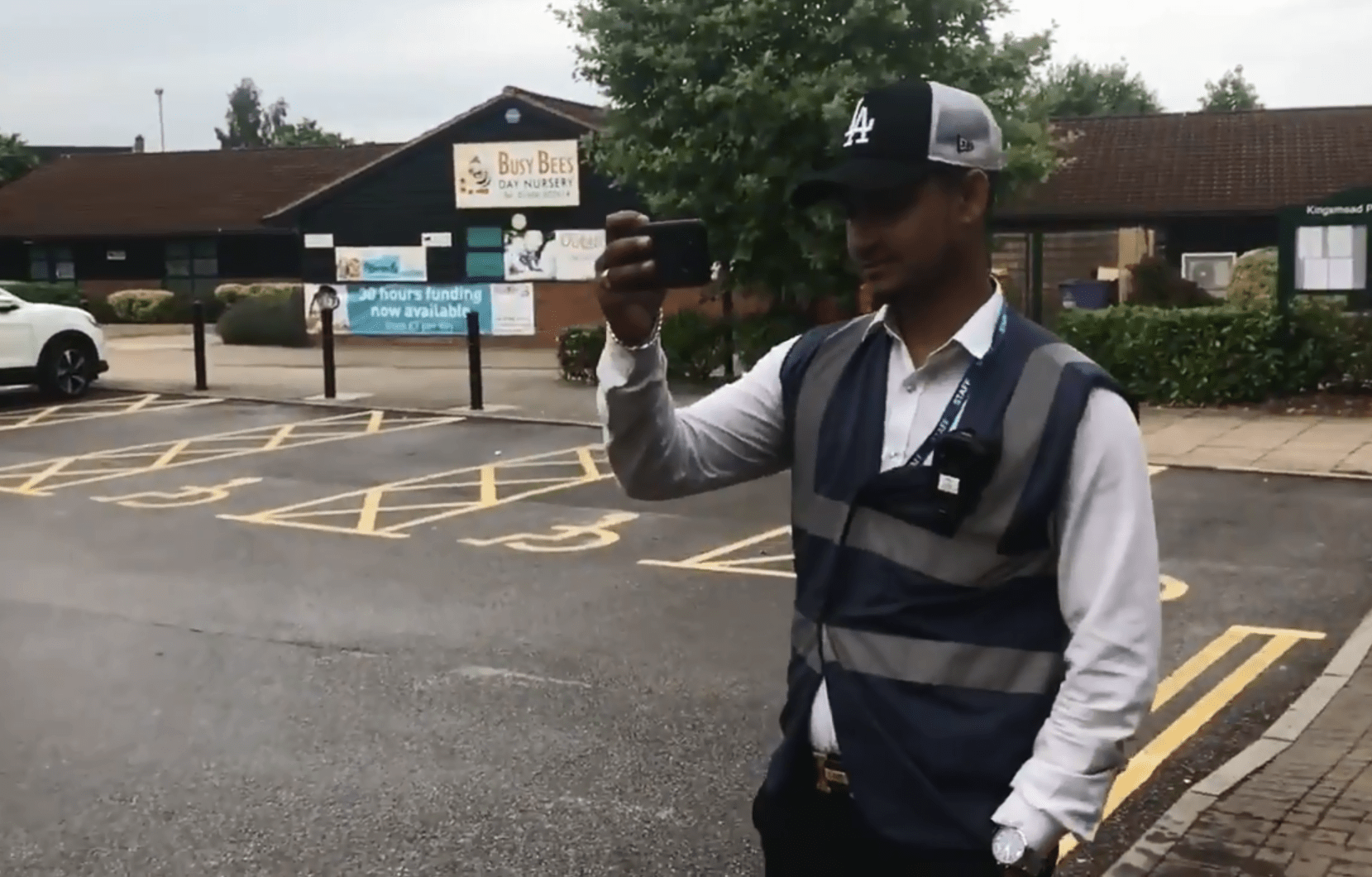 LETTER OF THE LAW: What is the law on where emergency vehicles can park?

As members of the public point out in the footage, the parking attendant in this case is wrong.

According to the law – set out in the  Traffic Signs Regulations & General Directions 2002 – emergency vehicles may park on double yellow, white, or red lines.

Ambulance drivers are told they should always consider the safest place to park, however in the video the medic explains that her ambulance would not fit in the bay.

The law advises that drivers try and leave the area as soon as possible, however the parking attendant would not even allow them to pop in for a bottle of water on one of the hottest days of the year.

They may also use bus lanes.

But the parking attendant continues to give them a ticket.

The video was uploaded onto Facebook after 10am on Tuesday by local man Ian French who was walking past at the time.

Walking away, the medic says: "If you ever need an ambulance…" while Mr French, still filming, says to the warden, "shame on you".

A LCP spokesperson said: "LCP supports all of our emergency services, and their staff and vehicles are regular visitors to our shopping centres and retail parades across the UK, where they are always welcome.

"On this occasion, we do not agree with the parking officer’s interpretation of the parking restrictions relating to emergency vehicles. A full review of the EPS contract will be undertaken at this site.

"In the meantime all enforcement and patrols at Kingsmead Square have been stopped and EPS will not be visiting site again pending completion of the review."

Adrian Nesbitt, HR manager for the firm, added: “It is a mistake on our part, we will contact the ambulance service to offer our apologies and put together a full training package to make sure it doesn’t happen again.

“The ambulance service is very important to our community, we don’t want to hinder them and we’re very saddened by the situation.”