AMBER Heard has today arrived for the second week in an explosive High Court trial.

Heard, 34, was supported by girlfriend Bianca Butti as she walked into court in a red scarf ahead of 57-year-old Depp taking the stand for the last time today. 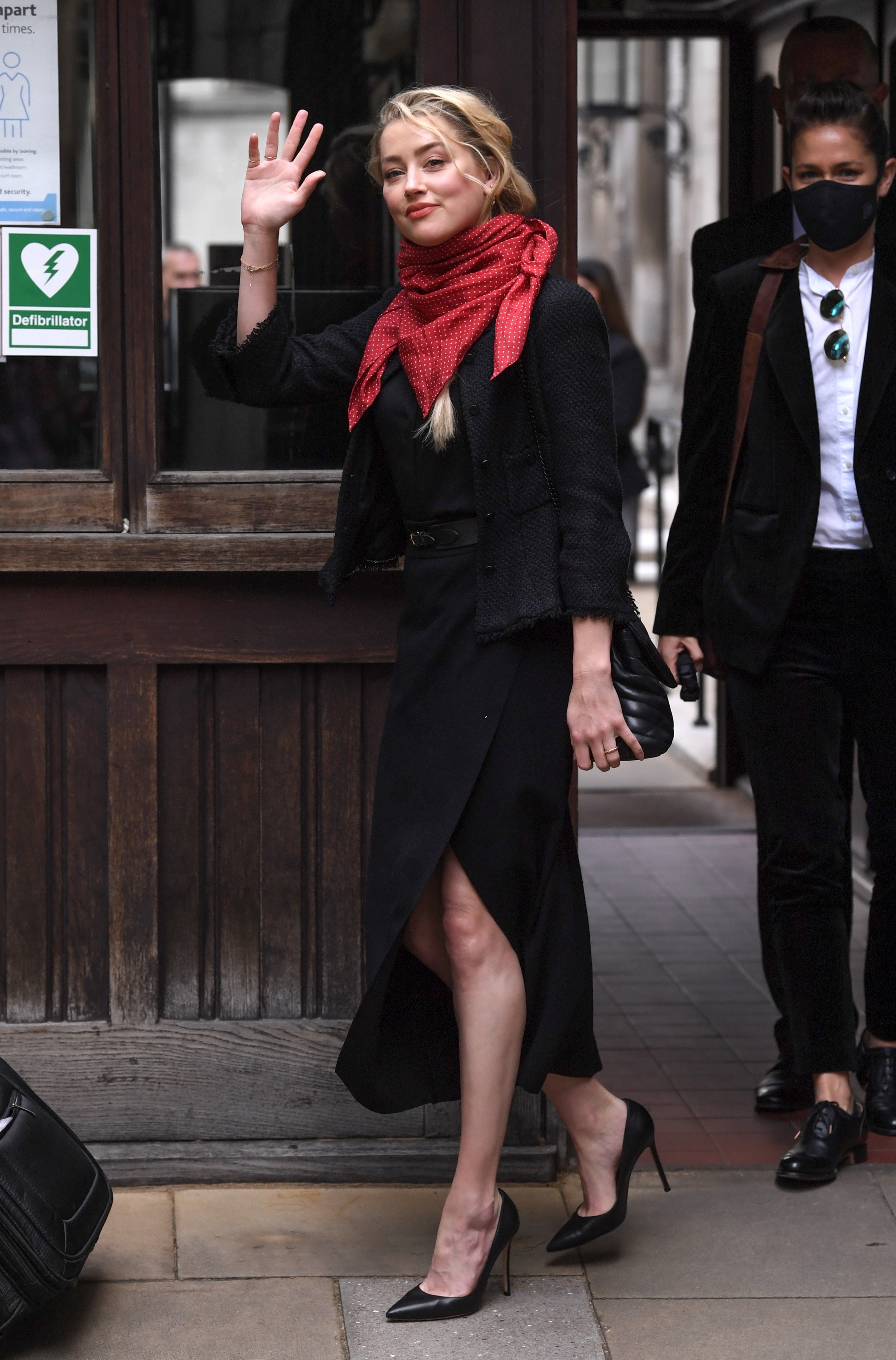 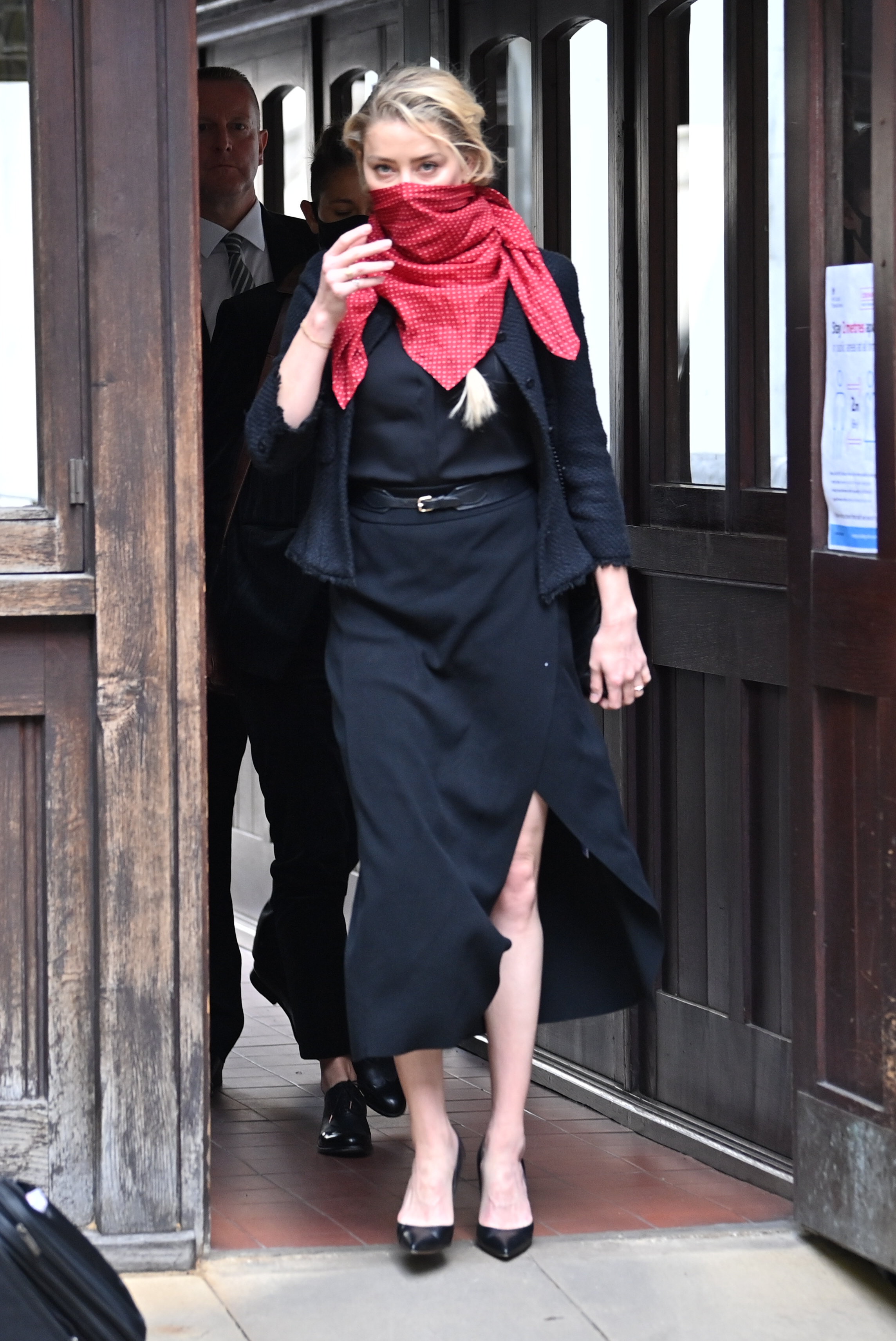 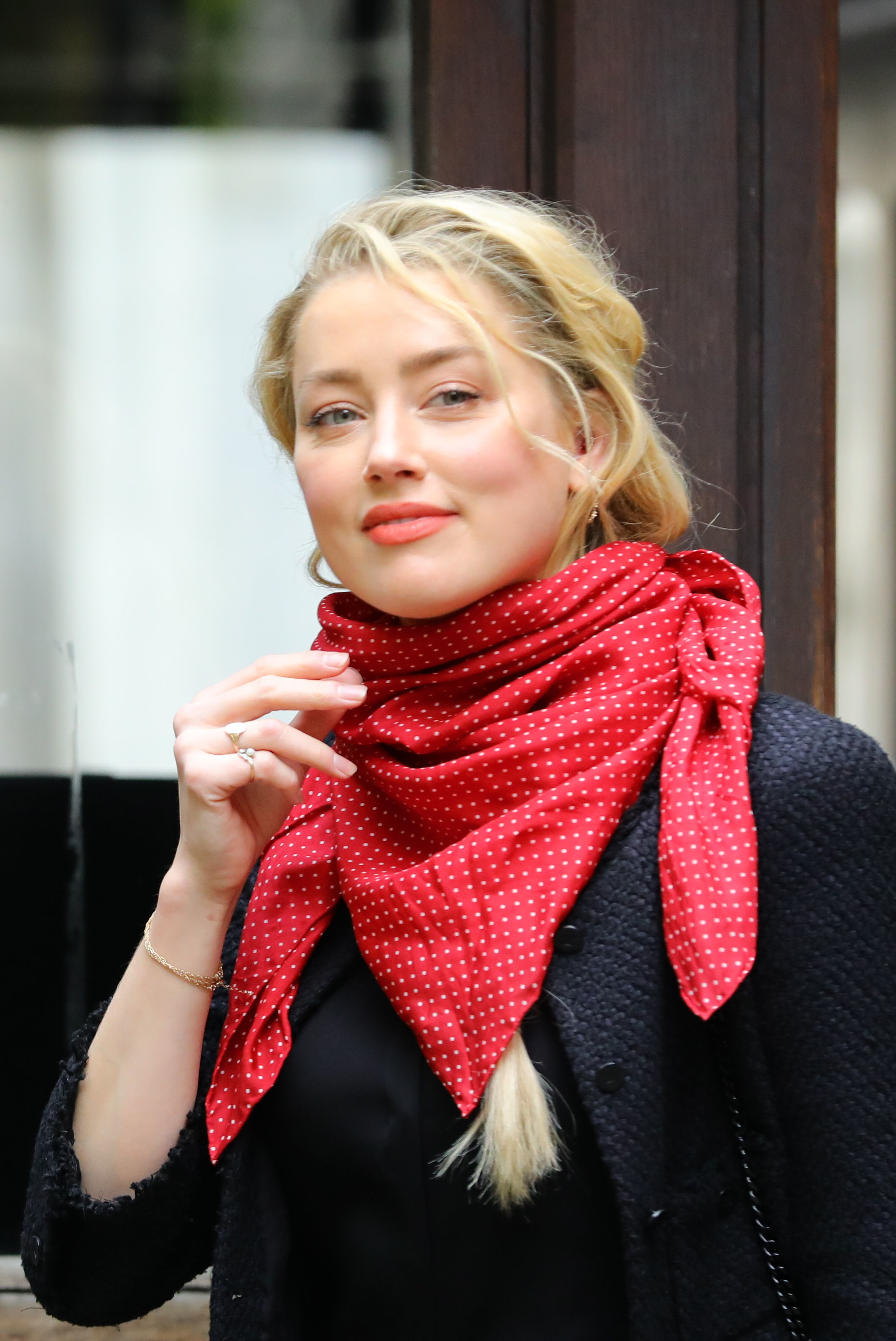 The Pirates of the Caribbean star will today give evidence for a fifth day in the libel case against The Sun over allegations of domestic violence by his ex-wife.

Depp is claimed to have attacked actress Heard 14 times over three years, with the court told she was left fearing for her life.

But the actor has claimed the allegations are part of a "choreographed hoax".

Depp has so far spent about 20 hours in the witness box and is expected to finish giving evidence today.

Depp is claimed to have first attacked his then wife in 2013 after she joked about his tattoo that had been altered from "Winona Forever" to "Wino Forever" following his split from Winona Ryder.

Another incident allegedly saw Depp throw a magnum of champagne at Heard after they argued when he was late to celebrate her 30th birthday. 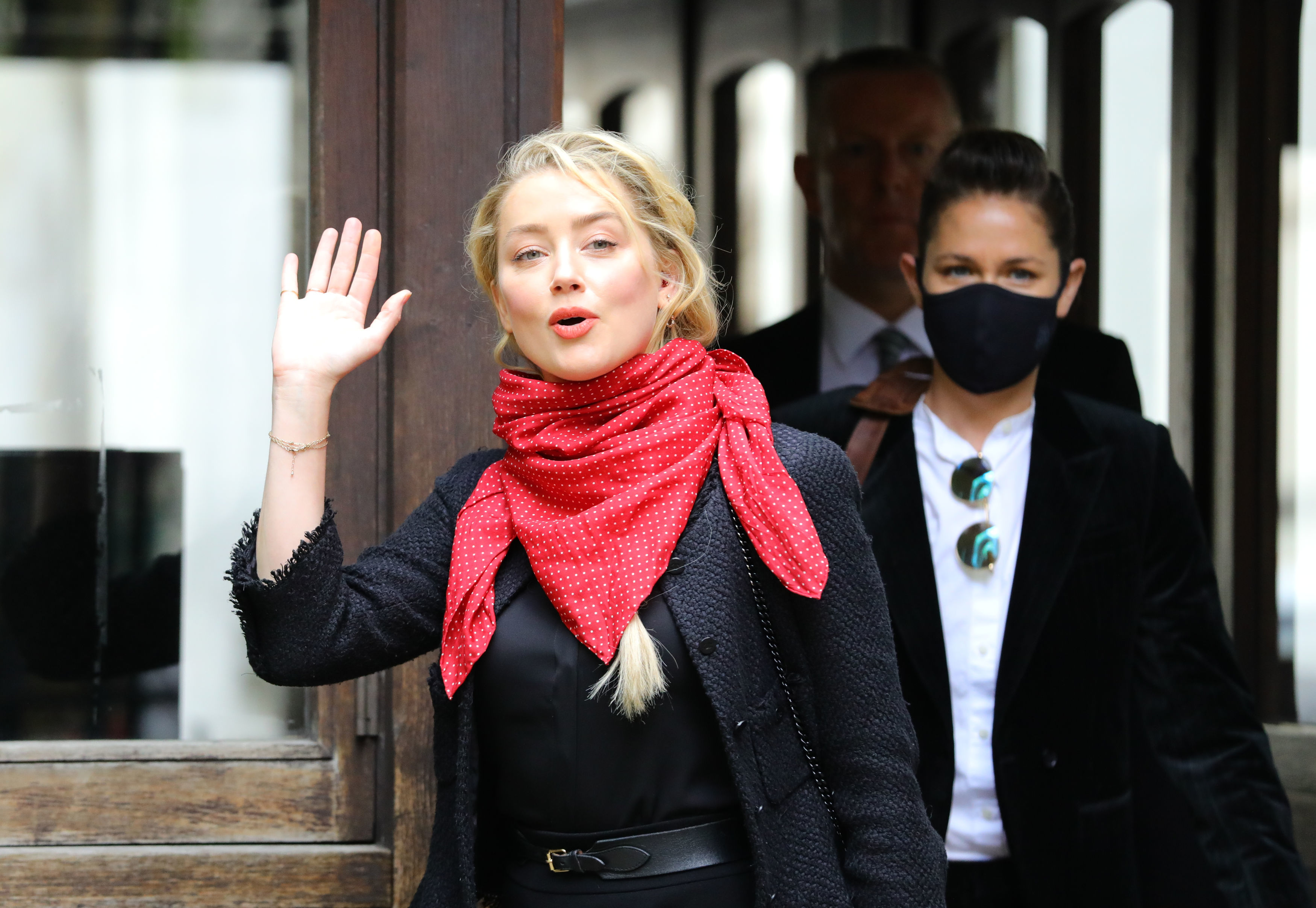 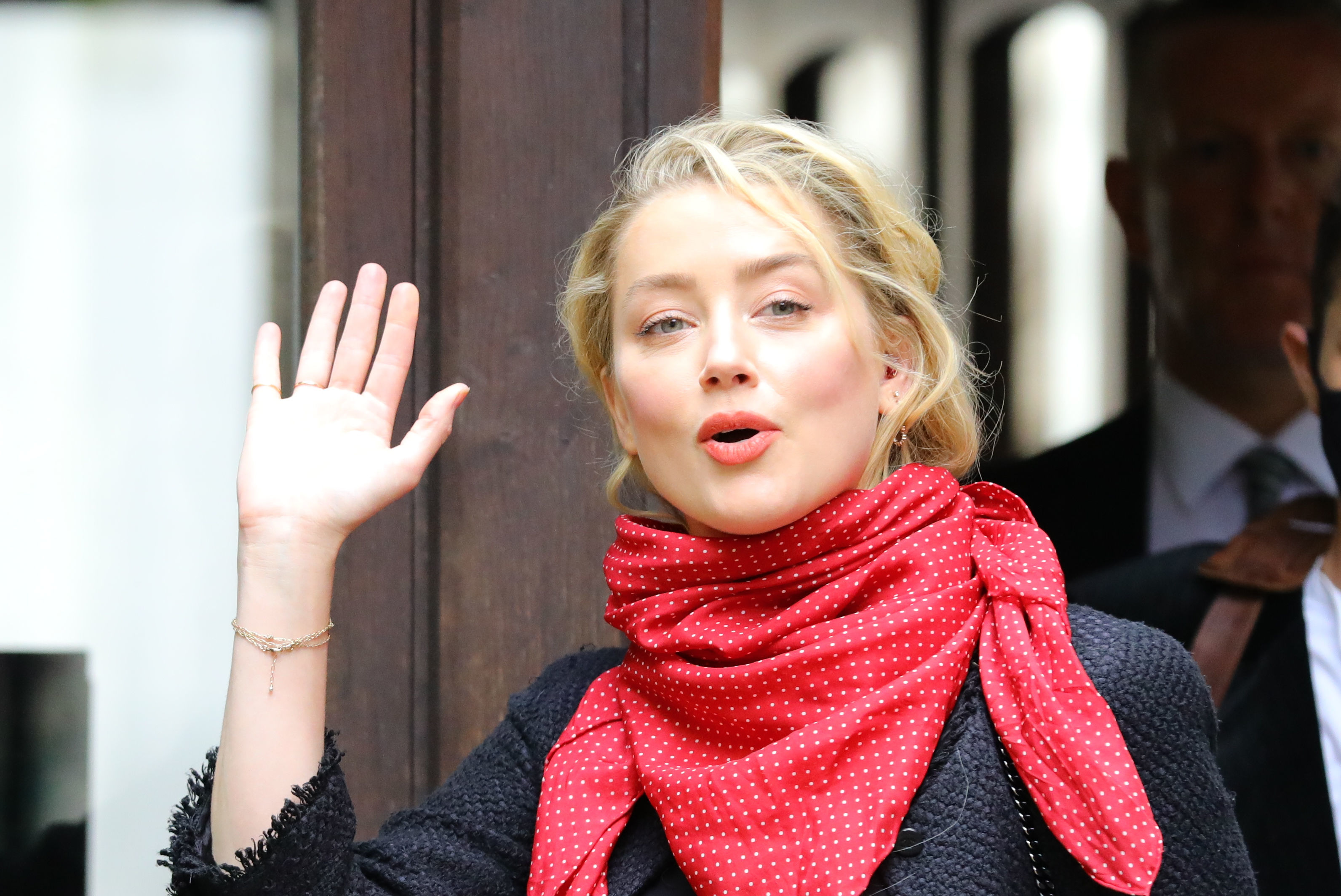 The star also allegedly threw a phone at her as they argued the next day after poo was found in their marital bed.

He is then said to have left her with bruises after another string of attacks before they split in May 2016.

Heard's evidence was expected to begin on Friday morning – but it is not clear when the Aquaman actress will give evidence as Depp's cross-examination has taken almost two days longer than scheduled.

Depp's ex-partners Vanessa Paradis and Winona Ryder were also due to give evidence this week.

The actor’s case against NGN and executive editor Dan Wootton came after an article was published in 2018 with the headline “Gone Potty: How can JK Rowling be ‘genuinely happy’ casting wife beater Johnny Depp in the new Fantastic Beasts film?”.

NGN is defending the article as true and says Mr Depp was “controlling and verbally and physically abusive towards Heard, particularly when he was under the influence of alcohol and/or drugs” between early 2013 and May 2016, when the couple split.