The toddler's parents have launched a last ditch legal bid to allow them to take Alfie to Italy for treatment. 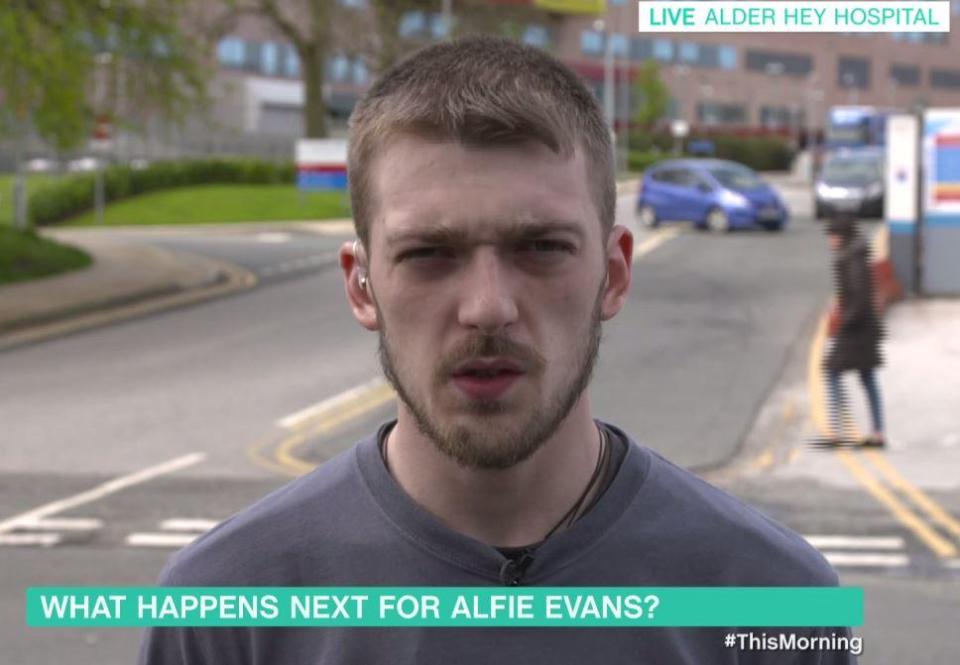 Devastated Tom, 21, revealed he has not slept for three days as he battles to release his stricken son from Alder Hey hospital in Liverpool.

"Our boy continues to fight with no suffering or indication of pain.

"Coming up to 2 DAYS NOW PLEASE SAVR OUR SON YOUR LORDSHIPS."

Meanwhile, the Court of Appeal today heard Tom tried to privately prosecute three doctors for conspiracy to murder his son.

Lord Justice Sir Andrew McFarlane criticised the legal team for Tom over claims there was "no hostility" towards hospital staff.

Alder Hey has been the scene of protests for more than a week.

Lord Justice McFarlane said: “Your client purported to take out a private prosecution to have three named doctors charged with the criminal offence of conspiracy to murder.

The latest on Alfie Evans' case:

“Those summonses were served on the doctors and I hear you say that there is no hostility to the NHS.”

Meanwhile, a lawyer representing Tom argued there had been a "significant change of circumstances" because the tot was still breathing despite his life support being turned off.

Paul Diamond said the family should “not be bound by a decision which is now three months old”.

This morning Alfie's dad Tom said his 23-month-old son is "still fighting" and continuing to defy the odds. 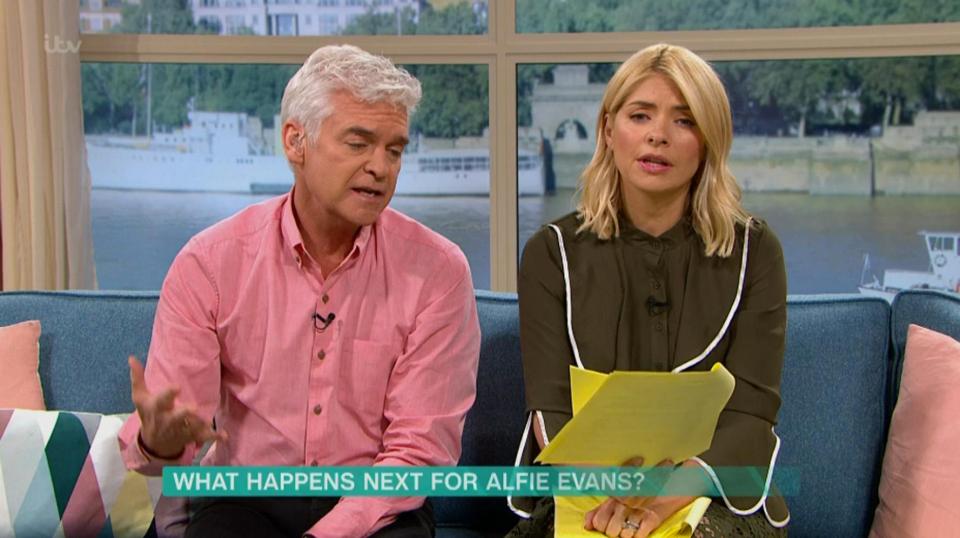 But a lawyer representing Alfie's mum Kate told the hearing the youngster is "struggling and needs immediate intervention".

The court heard an air ambulance is on standby at the request of the Pope.

Alfie's parents are watching the hearing via video link as a panel of three judges consider the appeal.

This afternoon Tom posted a Facebook Live video from Alfie's hospital bed to say the toddler's life had been "sustained" for a third time.

He added: “The warrior strikes again.

"He’s back. He’s just had a little dip, he went pale, lips started going a little bit but he’s back.”

Meanwhile, a German air ambulance crew has reportedly been escorted from the Liverpool hospital by police ahead of the latest hearing.

The man and woman, seen speaking to Alfie's family, were pictured being led away.

Earlier Tom, 21, vowed to continue to fight for permission to take his son abroad.

The heartbroken dad told This Morning: “Alfie is doing still as well as he can. He’s fighting.

"He’s sustained his life, like any other child would, for 36 hours. Totally unexpected of him.

“I believe I am getting closer [to getting him home]. We would be happy with that.

Supporters were reportedly later seen running into the hospital entrance with what appeared to be medical equipment.

Alfie's battling parents have vowed to challenge yesterday's ruling in the Court of Appeal today.

A spokesman for the Christian Legal Centre representing the family said the case will be heard at 2pm.

Tom, 21, added: "The Court of Appeal have reached out to us and said they are going to set back three judges to hear the case.
"In reality, he could be in Italy right now. We all know the military air force are ready to take him and a team of doctors are there."

Speaking outside hospital, heartbroken Tom added: "We were doing what a nurse should have been doing to sustain his life. 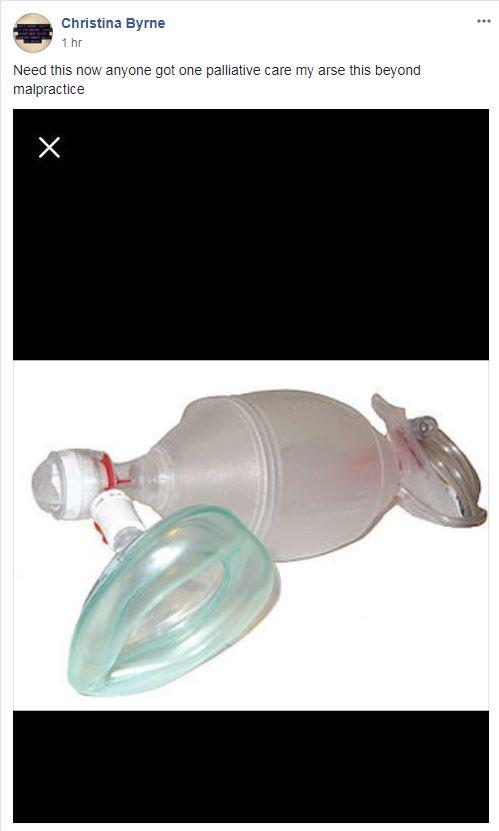 “Now they are saying that he looks really good but we all know he should be in Italy right now.”

A High Court judge yesterday made the devastating call to reject a last-ditch attempt to take Alfie abroad — but asked doctors if it is possible to consider letting the 23-month-old tot go home.

Meanwhile, a petition urging the Queen to help save Alfie reached more than 110,000 signatures in just two days.

It came as Piers Morgan urged the authorities to allow the tot's parents to release him from hospital to spend his final hours at home.

The Good Morning Britain presenter tweeted: "At least let his parents take him home to die, for goodness sake. He's THEIR little boy, nobody else's. #AlfieEvans"

Alfie's parents have been embroiled in a lengthy battle for their son – who suffers from an unknown degenerative brain condition – to continue receiving treatment.

He has been in a "semi-vegetative state" for more than a year and is currently only receiving oxygen after being taken off life support last night.

Doctors argued that it was in Alfie's best interest to end his life support — a view consistently backed by the courts.

Yesterday Mr Justice Hayden described Alfie as "a fighter" as he raised the possibility of allowing the tot home or to a hospice for parents Tom Evans and Kate James to be with him in his final days.

He told the emergency High Court hearing in Manchester: "If there were a more constructive attitude from the family might other options become possible, away from Alder Hey?", adding that taking Alfie home had been suggested.

But a doctor replied that there was a "genuine fear" among hospital staff of angry demonstrators supporting Alfie's family — adding it could take three to five days to put a plan in place.

On "courageous" Alfie's future care, Mr Justice Hayden added that options will be discussed with his parents "with the objective of promoting a removal from hospital if possible."

A plane had been put on standby to fly Alfie to Rome for treatment at the Bambino Gesu Children’s Hospital after Pope Francis last week lent his support to the child's desperate family.

But the judge branded Italy’s efforts to grant Alfie Italian citizenship to see him taken abroad as "disrespectful the principles of international diplomacy".

And he slammed some supporters of Alfie’s parents – who were not in court – for giving them "misleading" advice that he said had damaged their relationship with the hospital.

There have been angry demonstrations and attempts to storm the hospital over recent days as Alfie's case makes its through the courts.

Mr Justice Hayden branded one man a "fanatic" who believed he knew better than the law — and warned the demonstrator had come "perilously" close to being held in contempt of court.

Alfie's life support was switched off after the European Court of Human Rights refused to intervene in the case.

But medics were left "gobsmacked" that the sick tot had continued to breathe for a further 19 hours before he was put on oxygen yesterday.

Alder Hey insisted during yesterday's hearing that doctors had explained that he could survive for hours or even days after his ventilator was withdrawn.

Refusing to accept the case for changing Alfie’s care plan, Mr Justice Hayden said: “There is capacity for something of his brain stem to generate breathing.

“But there is no sense of touch or taste or hearing and the brain remains predominantly water.”

Mr Diamond argued that it was not in Alfie's best interests to be left at Alder Hey.

He said Alfie should be flown abroad — with an air ambulance gifted by the Italian government ready to take him.

But frustrated at the emotive language used in court by the Evans' barrister, Mr Justice Hayden said: "You do not have the moral high ground in this court".

Responding to the ruling, Alder Hey said: "This evening the High Court again ruled that it is in Alfie's best interests to continue with the end of life care plan developed by the clinical team who have cared for him throughout.

"Our top priority therefore remains in ensuring Alfie receives the care he deserves to ensure his comfort, dignity and privacy are maintained throughout.

"This includes working closely with Kate and Tom as they spend this precious time together with him.

"We would be grateful if respect and consideration is shown to all our staff, patients and families at the hospital at this difficult time."