The schoolgirl was found dead in woodland just hours after vanishing from her grandparent's home in Rothesay, on the Isle of Bute, on Monday. 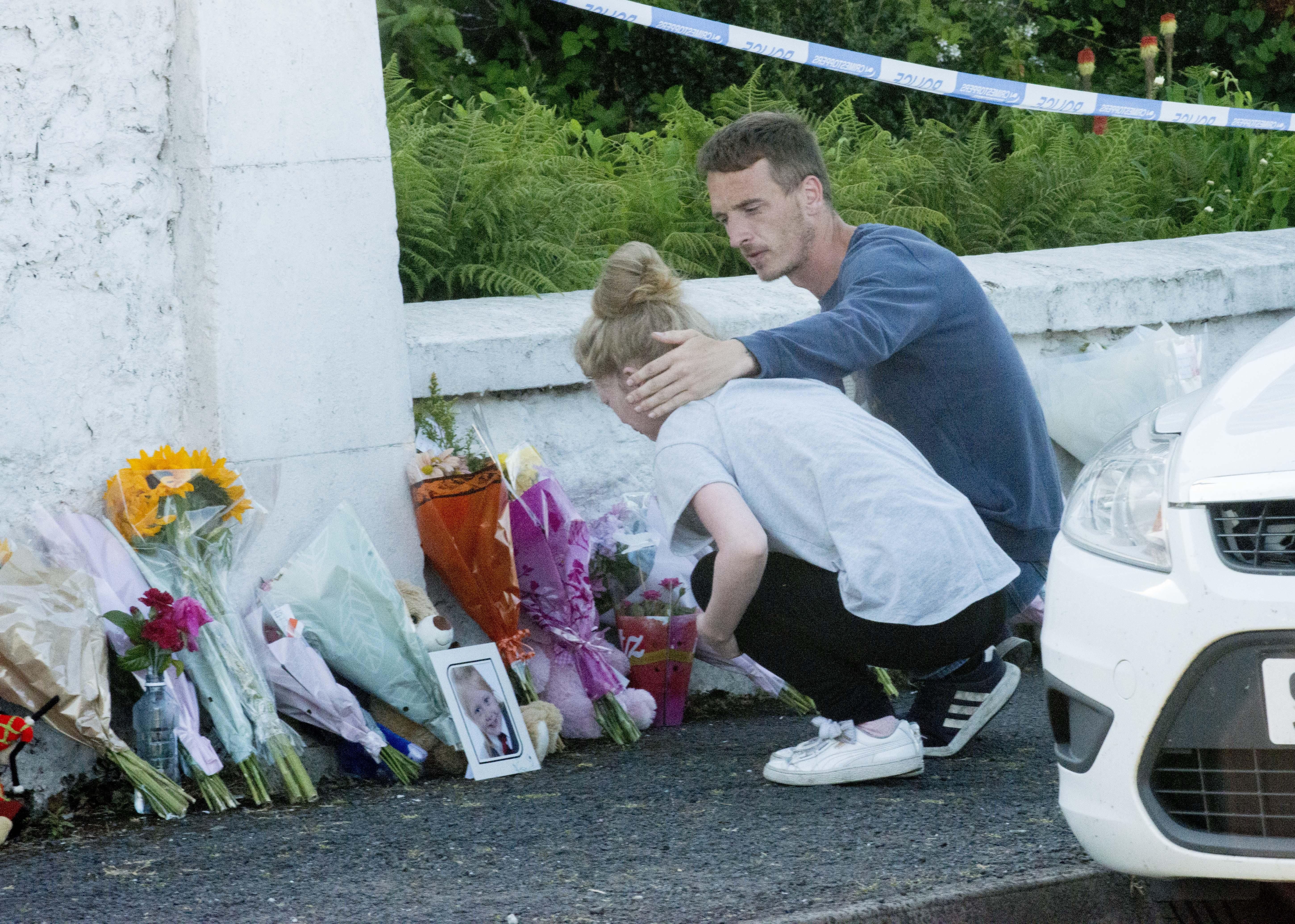 The man was arrested early on Wednesday evening after a huge police appeal for information.

"However, despite this evening’s major development, I am still appealing for anyone who was in the Ardbeg Road area of Bute on Sunday night or in the early hours of Monday and who may have information about Alesha’s death to contact us.

"Anyone who has CCTV at their home or business, or indeed any motorists with dashcam footage which might help with our investigation are also urged to get in touch.” 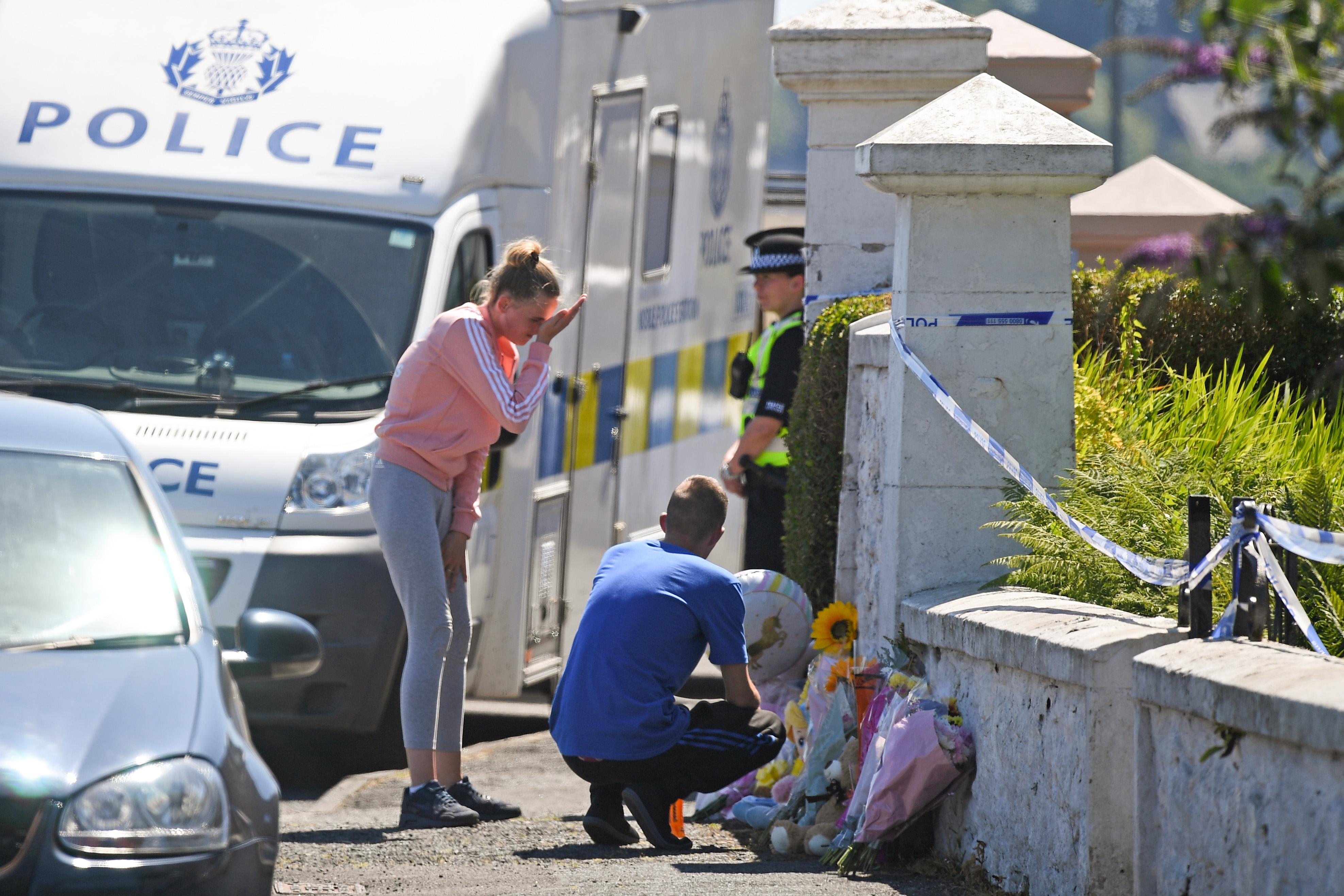 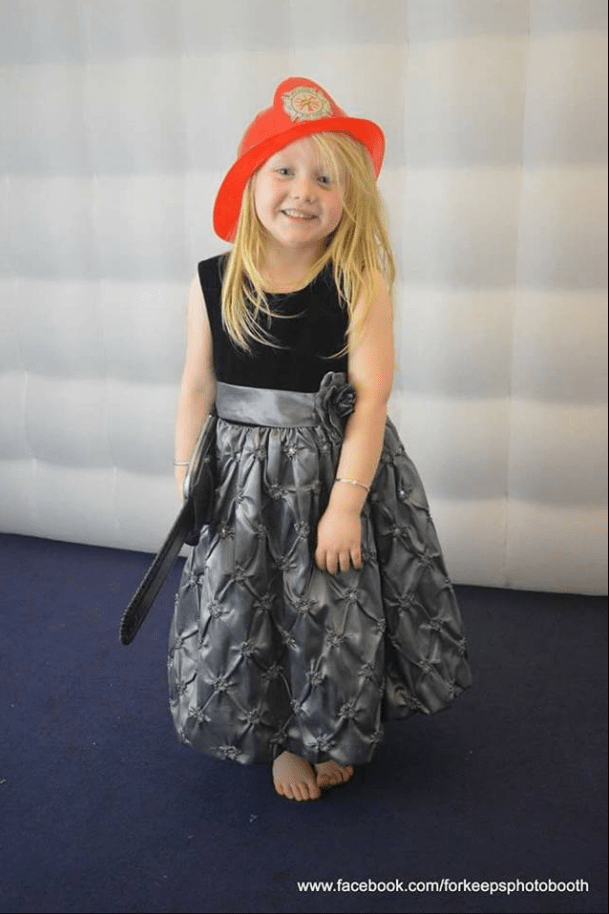 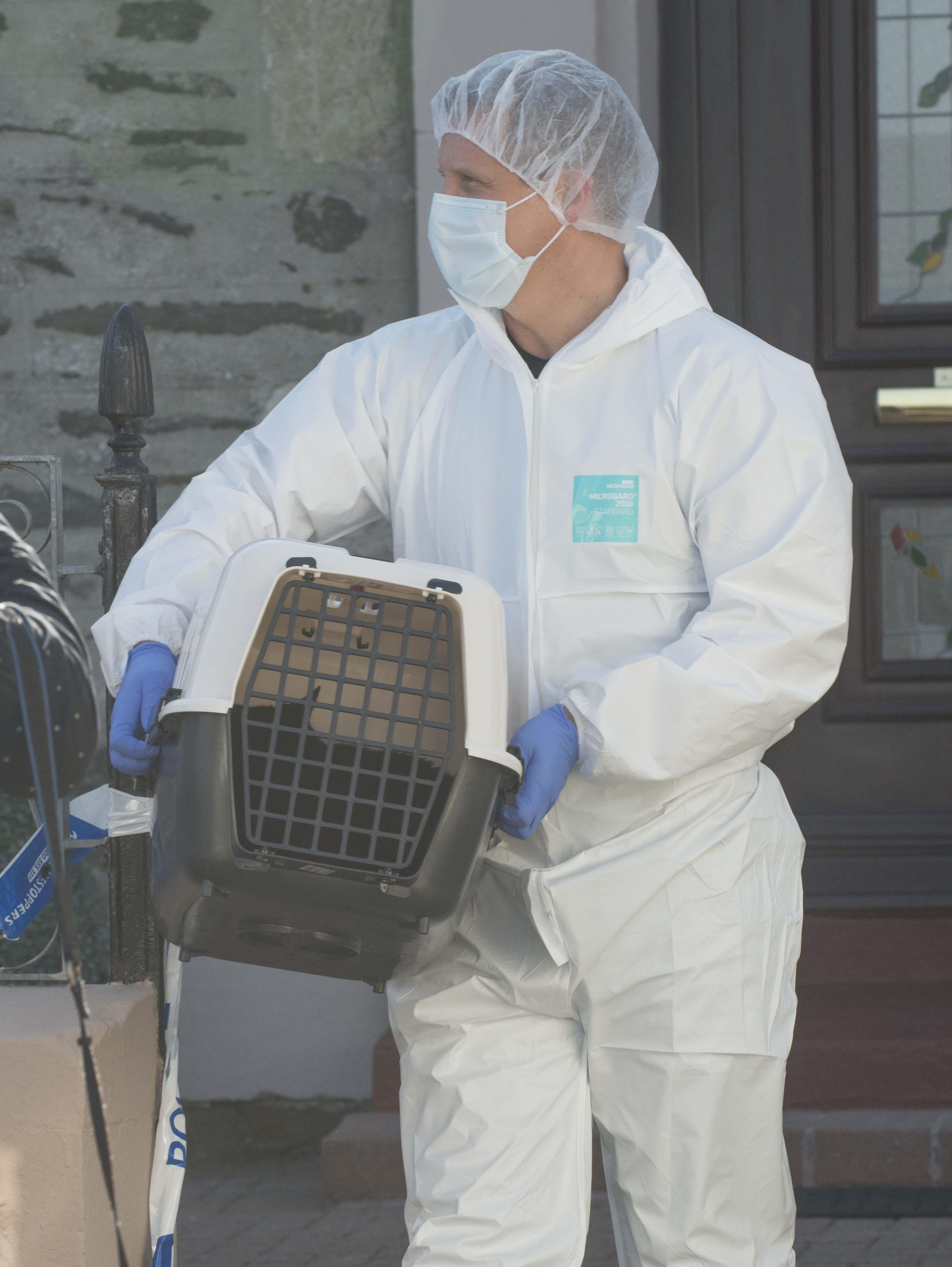 Alesha's devastated mum Georgina Lochrane, 23, yesterday broke down as she placed a picture of her daughter at a makeshift shrine on the garden wall of her grandparents’ house.

The bubbly youngster was reported missing from the property in Port Bannatyne, at 6.25am on Monday morning.

Her body was found by a member of the public less than three hours later around a mile away in woodland on the site of a former hotel.

Cops confirmed late last night that they have launched a murder investigation.

Det Supt Stuart Houston, the senior investigating officer, said: "The investigation into her death is now being treated as murder.

He added: “Alesha's family is utterly devastated and we are continuing to provide them with the support they require at this incredibly distressing time.

"Alesha had lots of friends who will no doubt find it very difficult to comprehend why they will never see their friend again.

"Like any other six-year-old, Alesha was looking forward to enjoying her holidays from primary school and was only a few days into a three week summer break visiting relatives on the island.

"For such a young girl to have her life taken away is incomprehensible."

Alesha's Mum Georgina, from Airdrie, was comforted by partner George Horn as she tenderly placed a photo of Alesha in her school uniform in among the many floral tributes.

The bereft parent – also mum to a four-year-old girl – paused for a brief moment to read some of the kind-words left by locals touched by the harrowing loss. She then left sobbing in a police car.

The shrine sits at the home of grandparents Angela King and Calum MacPhail – where Alesha’s dad Robert also lives. 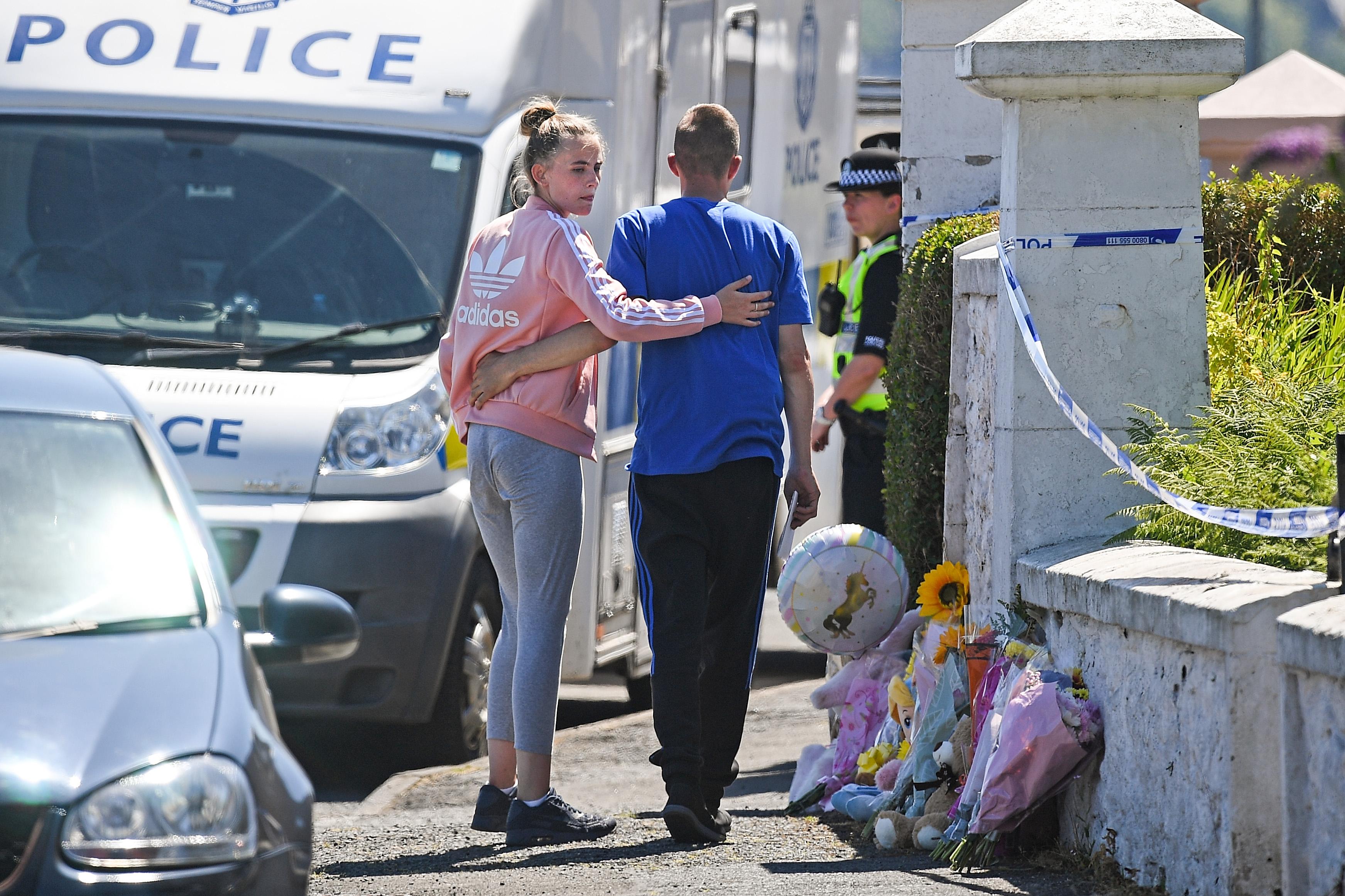 Her heartbroken dad also wept as he left flowers for his daughter as murder cops arrived on the Scottish island.

Rab MacPhail, 25, had to be supported by his girlfriend Toni McLachlan as he looked as dozens of tributes left to the tragic youngster.

Chief Supt Hazel Hendren, Divisional Commander of Argyll and West Dunbartonshire, said: “Every available resource from across Police Scotland is being made available to this major investigation.

"Our absolute priority is catching the person responsible for this horrendous act as quickly as possible. 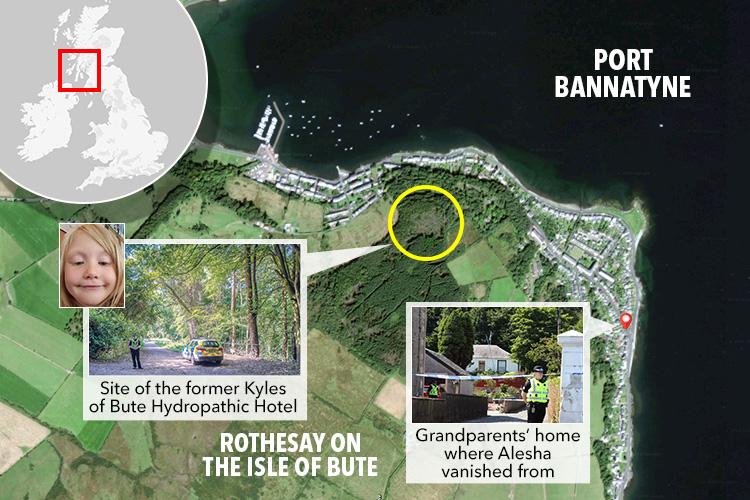 “I understand that there will be a high level of concern among people living in this close knit community but I want to reassure people that everything possible is being done.

"Incidents such as this are extremely rare but we are still in the early stages of this investigation and we would ask people to be vigilant about their children and also their household security.

"The island community needs to pull together at times like this and we need their help – anyone with any information, please come forward. We are working with a number of partner agencies during this inquiry including local authorities and health boards."

Alesha's devastated mum begged for information about her missing daughter after gran Angela issued a desperate plea to find the youngster.

Alongside an adorable photo of the girl, Angela wrote: "Alesha has gone missing from our house please help look for her".

Georgina then commented on the post asking what had happened to her daughter, saying: "Someone tell me whats happened that's my daughter."

She then made the heartbreaking discovery Alesha had been found dead after other users posted links to news reports of the tragedy. 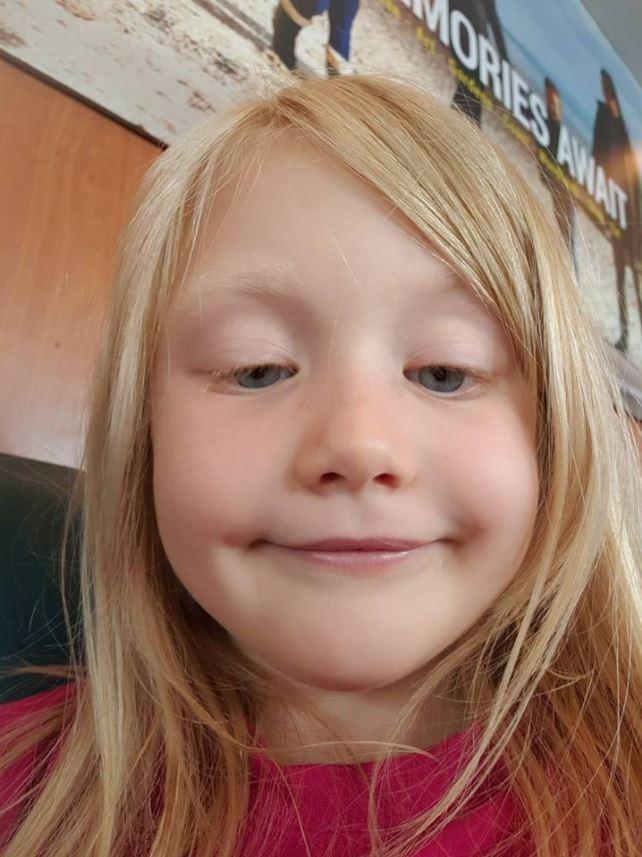 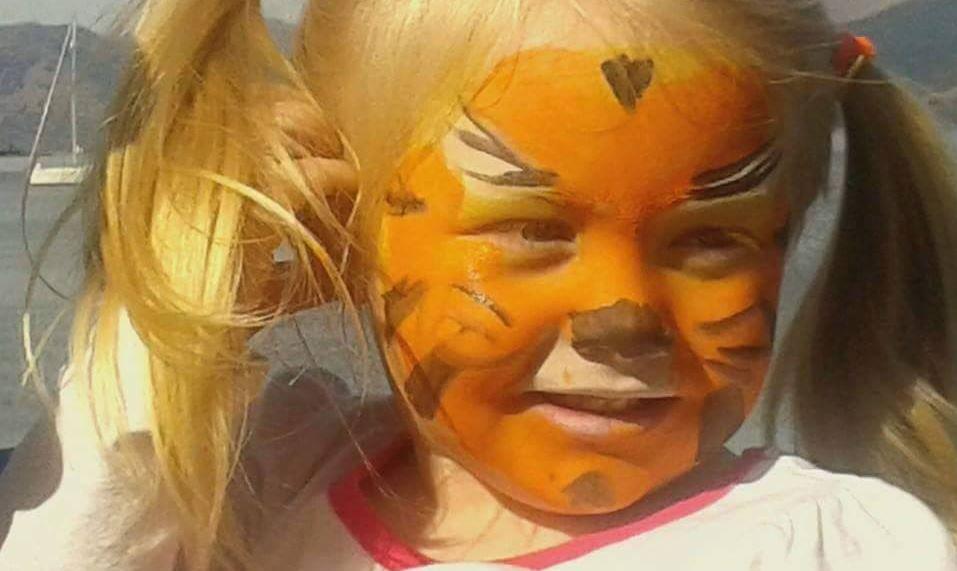 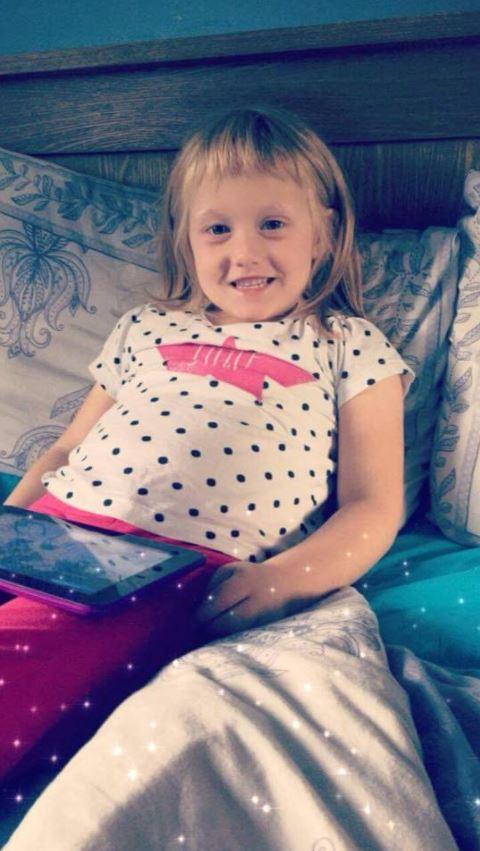 A potential line of inquiry is that Alesha may have had a problem with sleepwalking.

A local bus driver, who gave his name only as Peter, told The Times: "They are a nice family and very well known on the island.

"It's really not clear what happened, but I know wee Alesha was known to sleepwalk."

Robert was seen hunting for his daughter "white as a sheet" and calling out her name. 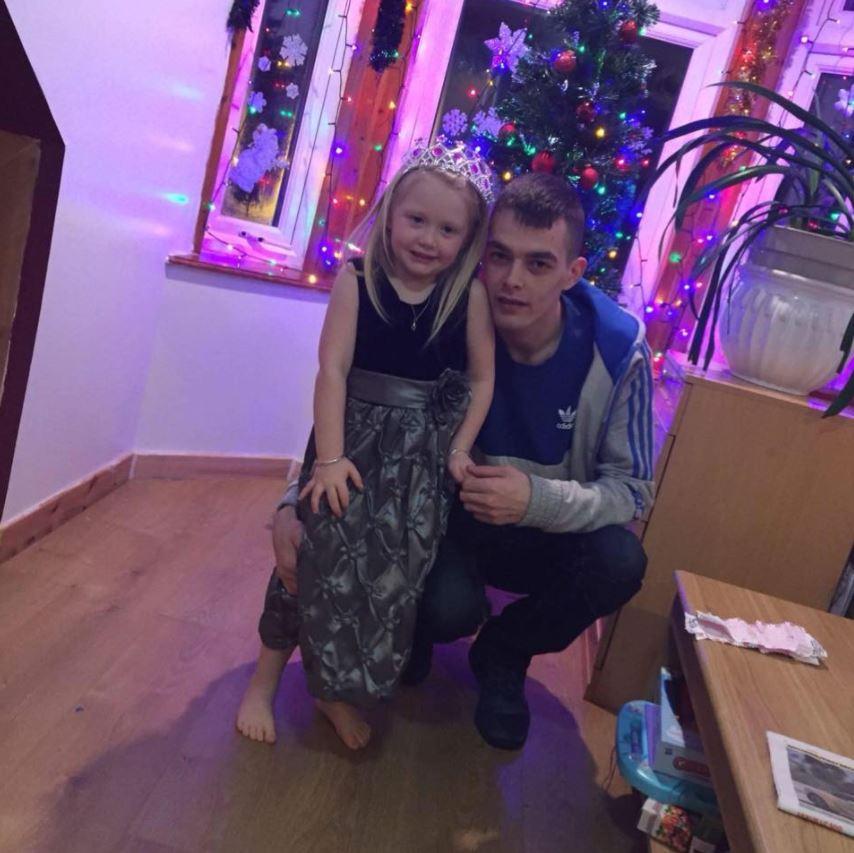 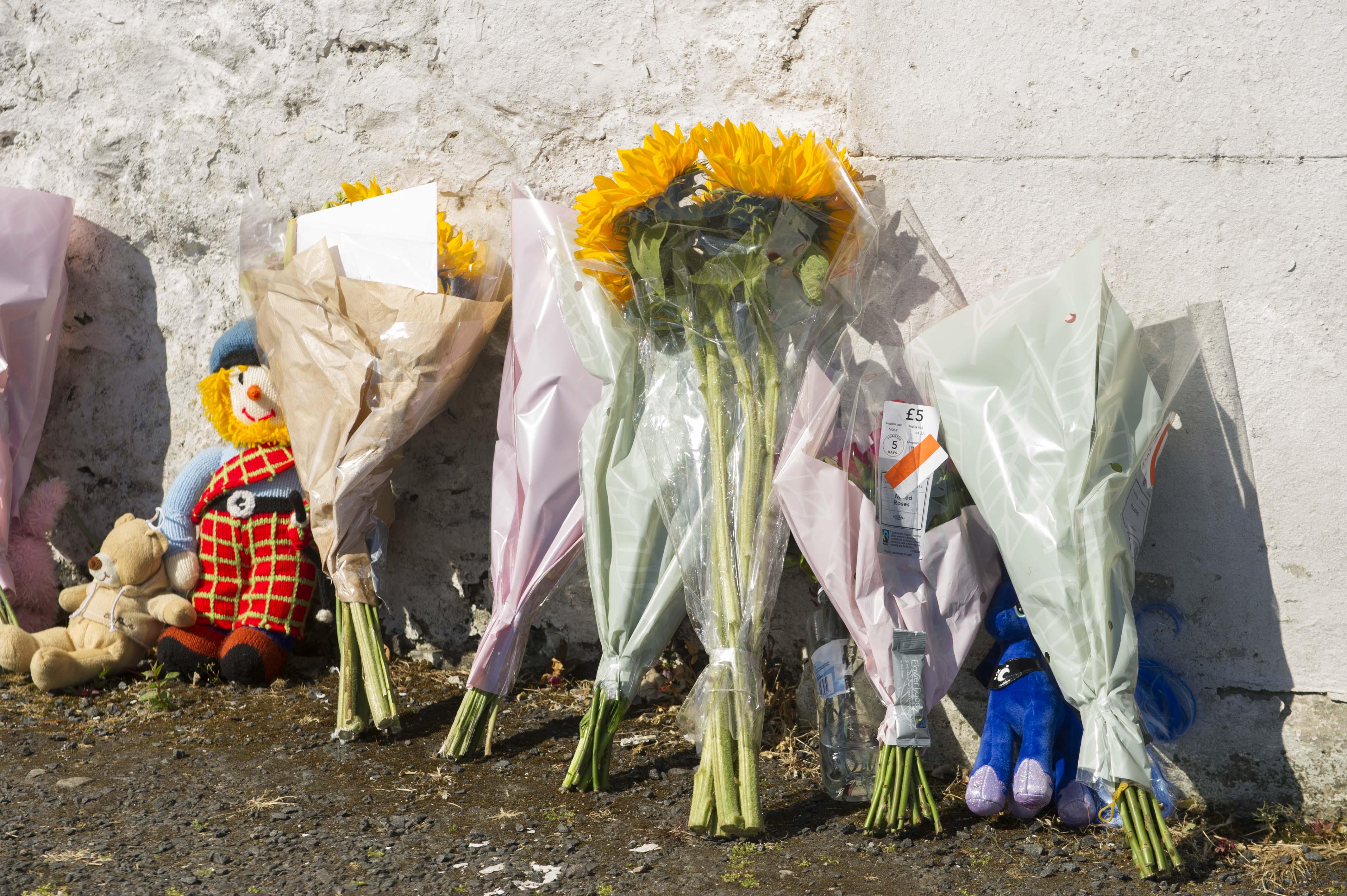 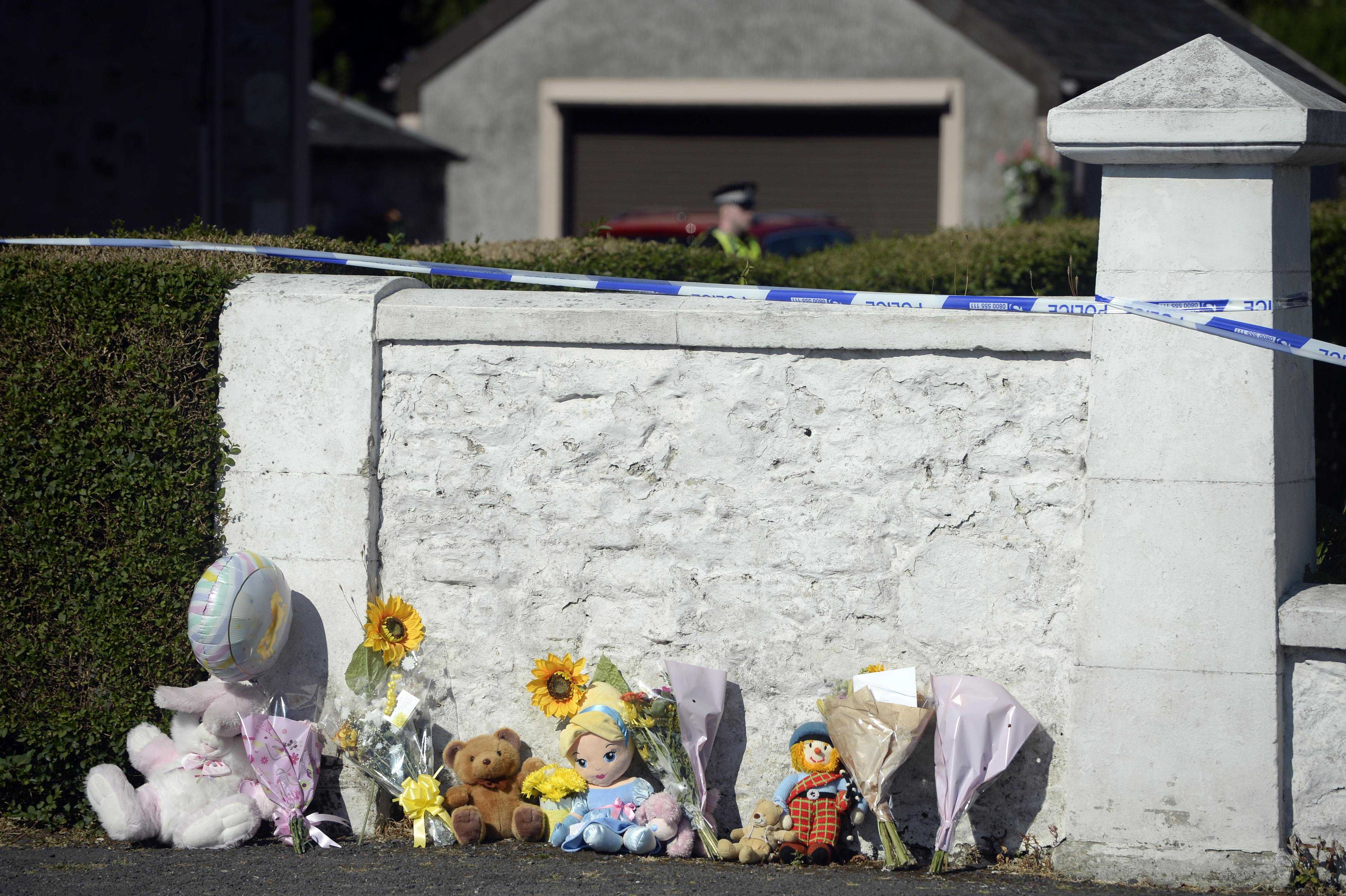 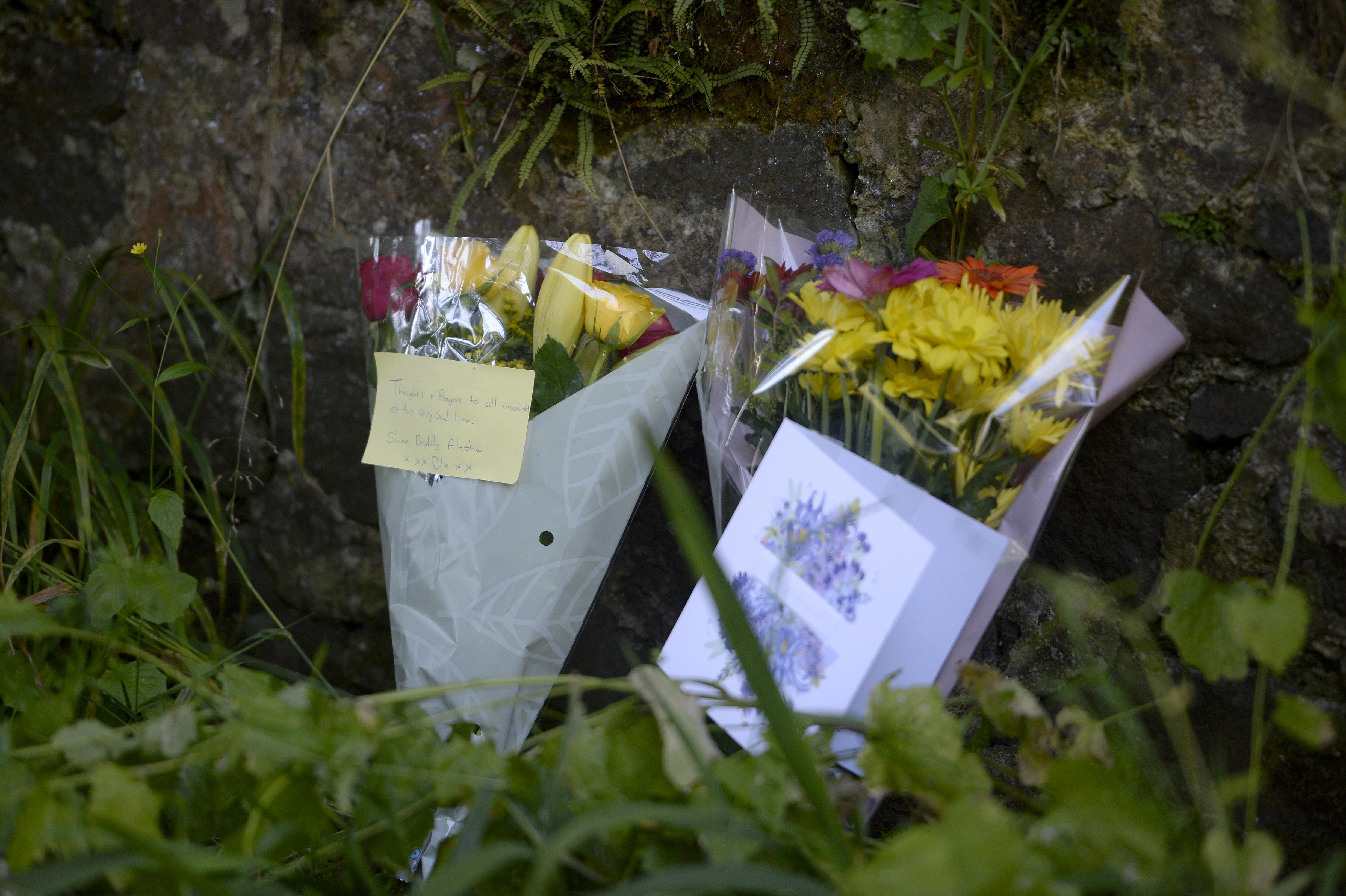 Members of Angela's family claimed the grandparents, who had been looking after Alesha for part of the summer holidays, had tried to make contact with her mum.

A huge search was launched when they raised the alarm with cops and locals scouring the area as a police helicopter hovered overhead.

The family’s flat, which is close to the seafront, was taped off as forensics teams swooped. 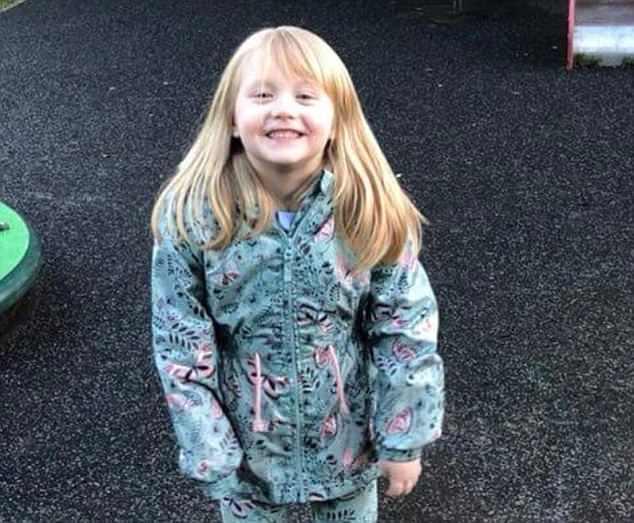 A cordon was also thrown around a bus stop opposite and run all the way down to the water.

Police stopped traffic entering a winding track leading up to a hill at the rear of the house, while investigators combed an expanse of nearby forest.

But Police Scotland confirmed Alesha's body was discovered by a member of the public in woodland on the site of the abandoned Kyles of Bute Hydropathic Hotel, which was demolished in the 1970s.

The area where her body was found is heavily overgrown and the woodland is around a 20 minute walk away. 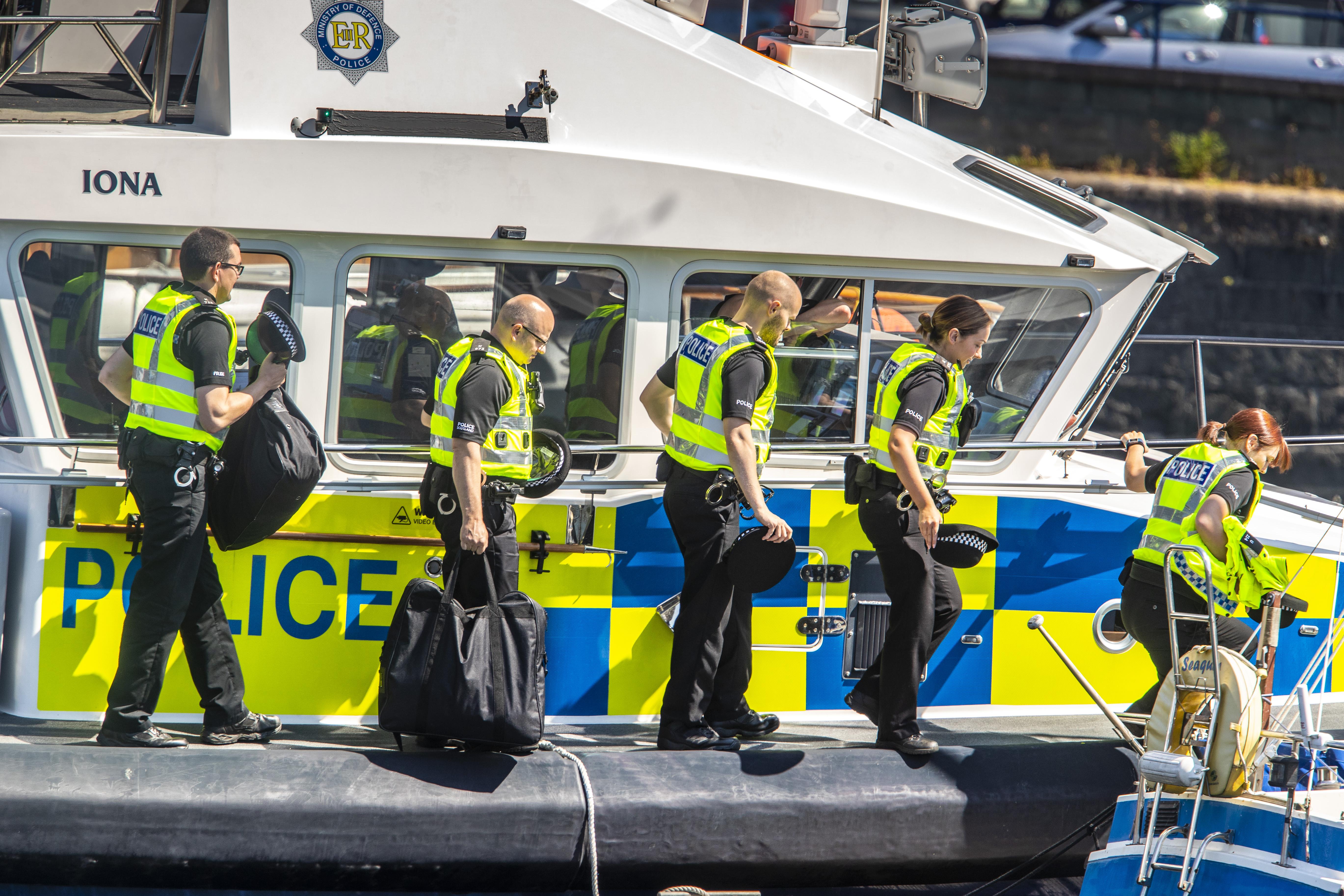 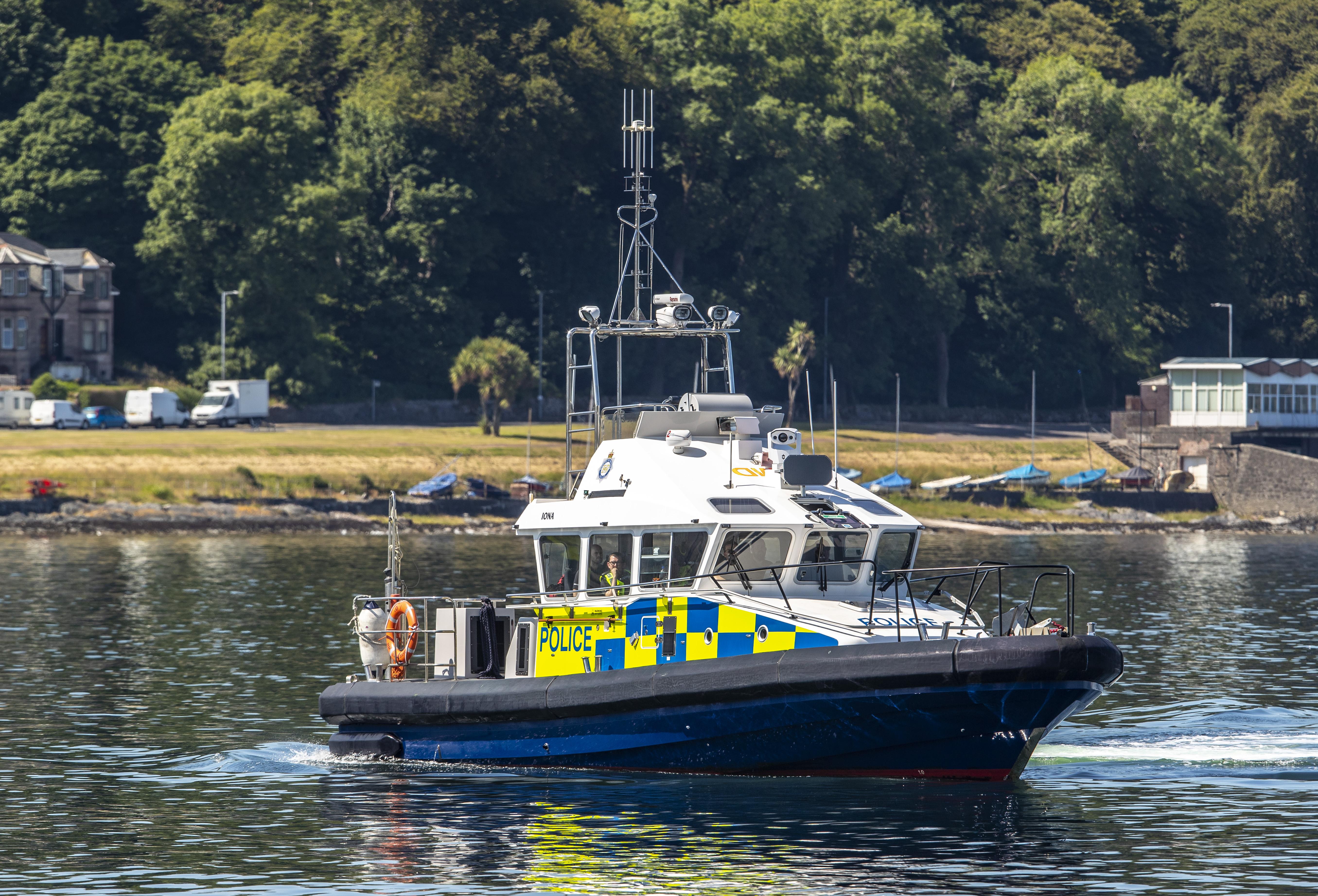 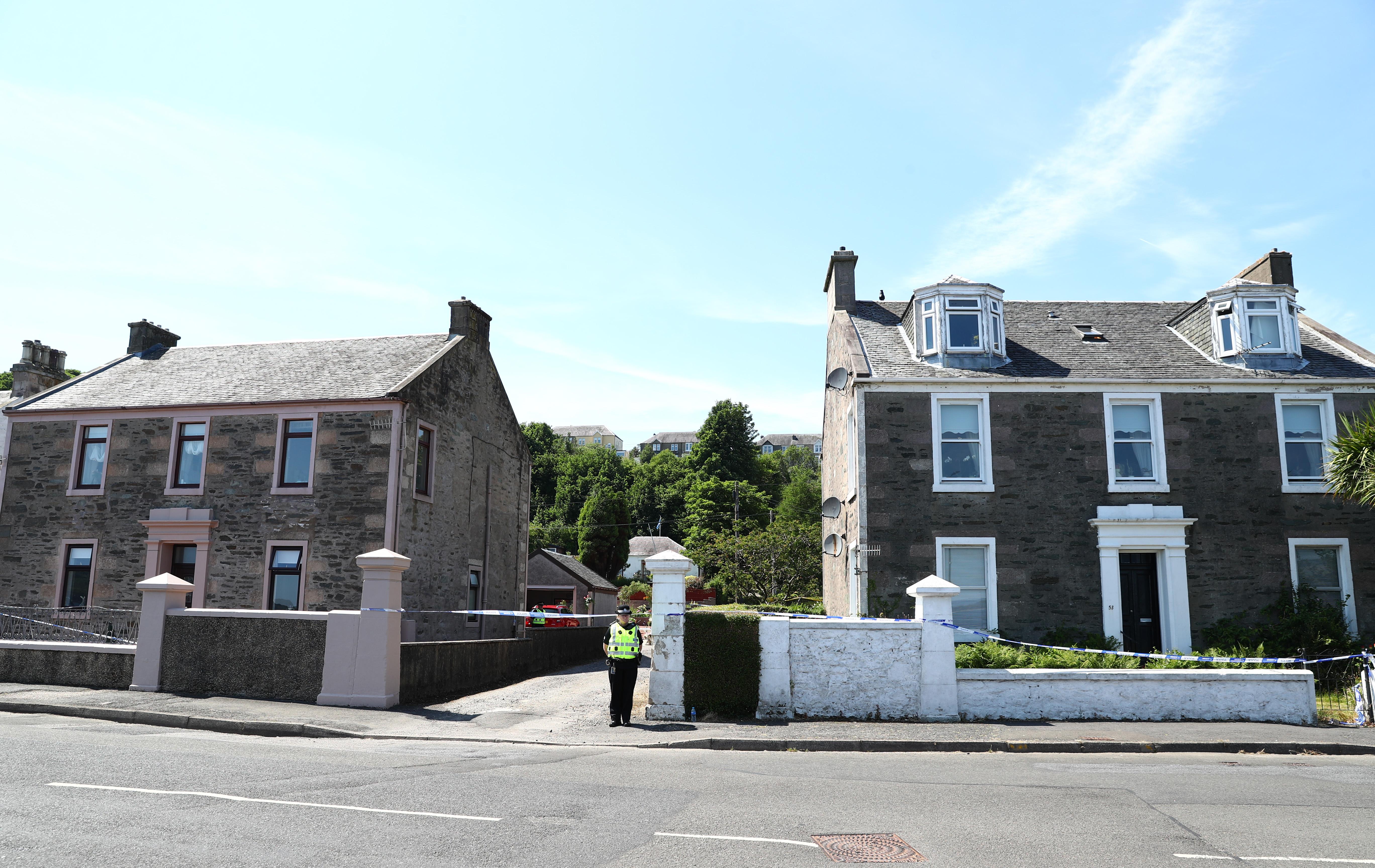 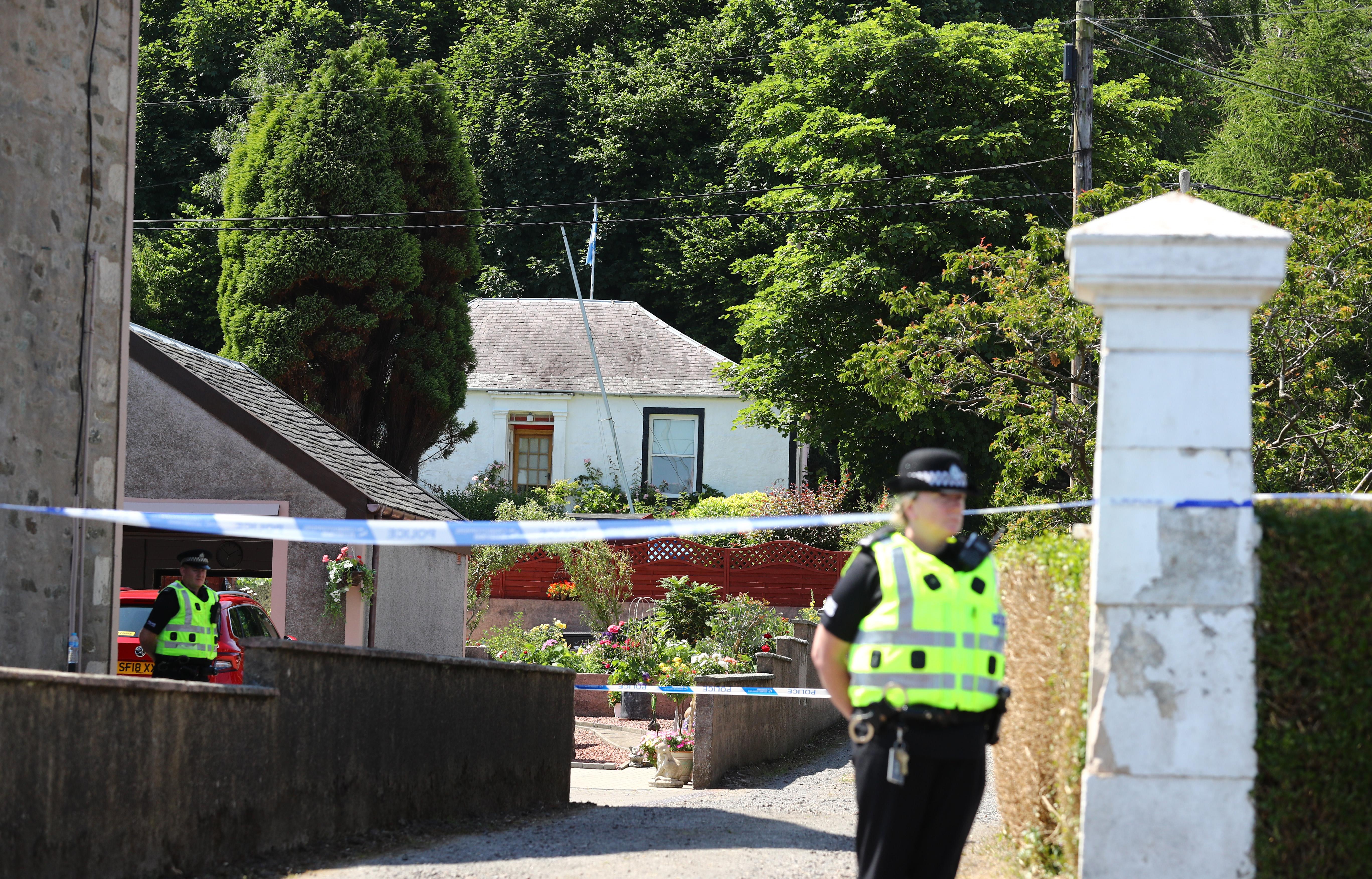 Tributes have flooded in for Alesha from devastated friends and family – including her uncle who said she was "taken from us far too soon".

CJ MacPhail wrote: “I have been up all night thinking of how to word this as I have received many messages in the last 20 hours or so.

“As some of yous already may know i was informed yesterday that my beautiful neice was taken from us far to soon.

“I would like to thank everyone for their kind messages thought really dont know what to say as i cant quite process it all at this time though.

“Alesha was the most wonderful niece i could have asked for she always brought happiness to my day and anyone she was around.” 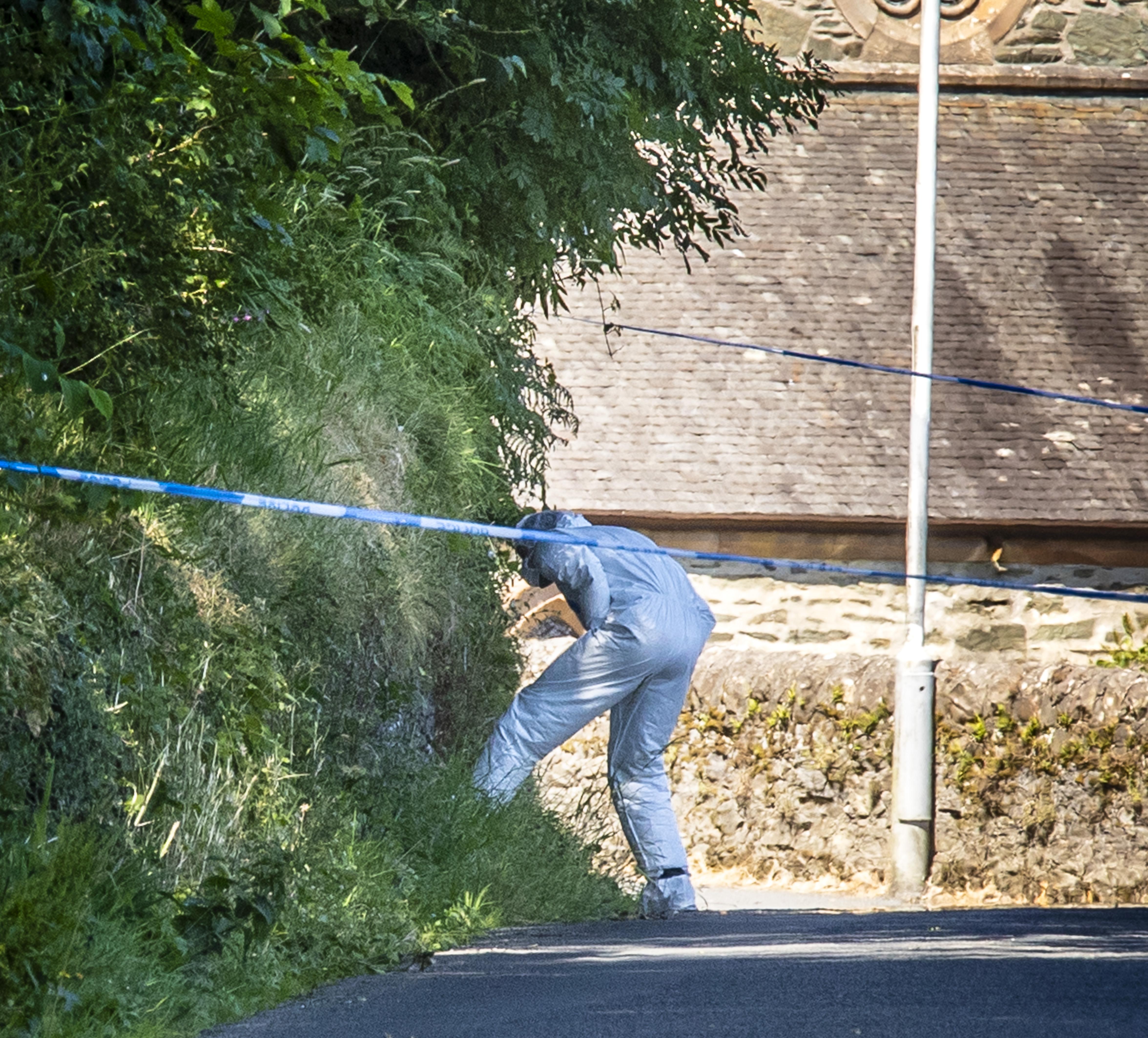 Stunned locals on the island, which has a tiny community of around 7,500 people, have also paid tribute to the tragic youngster.

One resident said: "The whole of the Island of Bute is in complete shock.

"Alesha's father Robert is just a brilliant guy and worshipped the ground she walked on. They were happy together. This doesn't happen here.

"The whole community will stand together I know that. That is what the island is like." 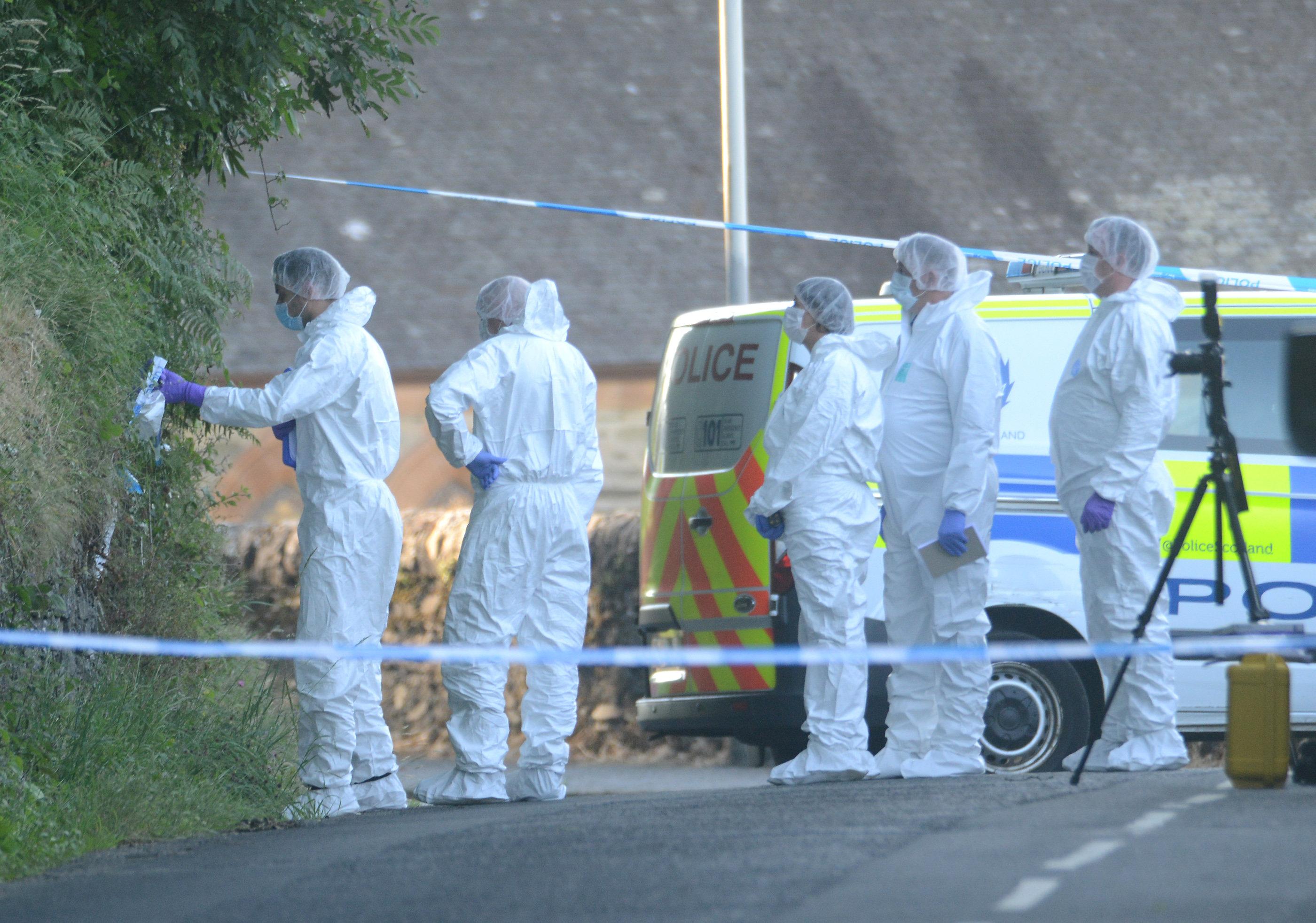 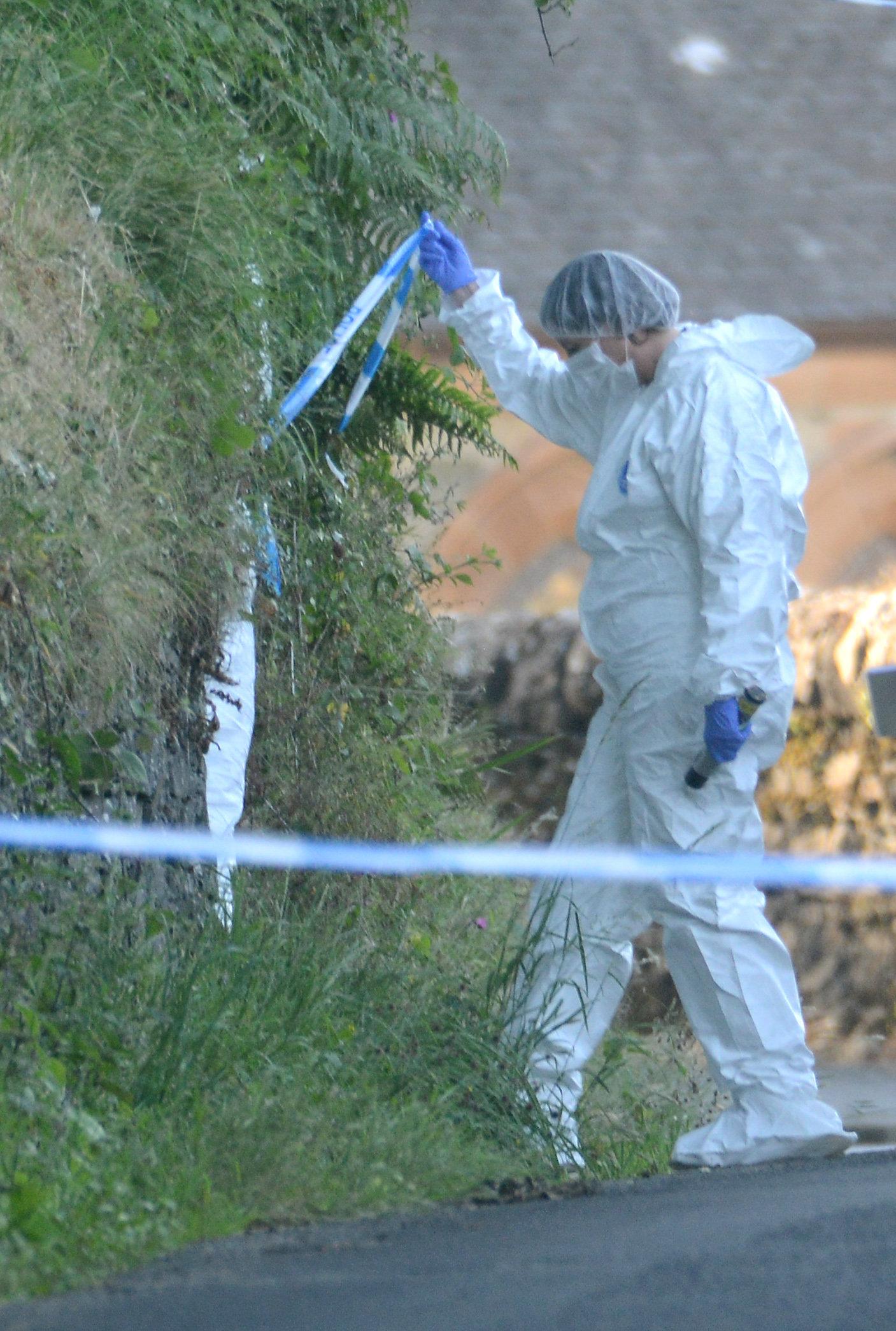 Another neighbour added: "I knew Alesha. She would never leave the house on her own. She has blonde hair and blue eyes. She was very bright, very intelligent, funny — a nice wee girl.

"She was lovely — a wee doll. She used to go to the wee tea parties in town with another girl.” 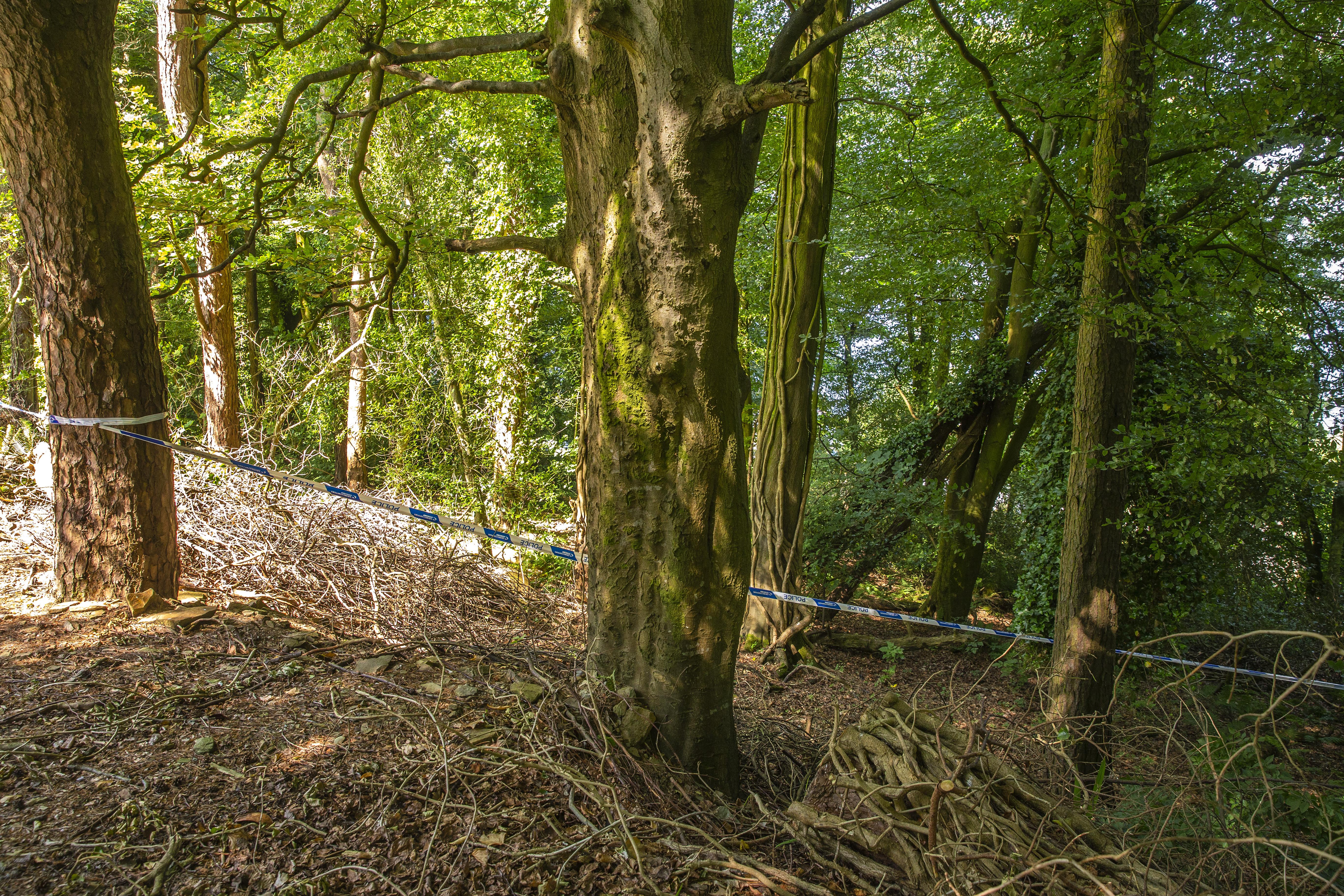 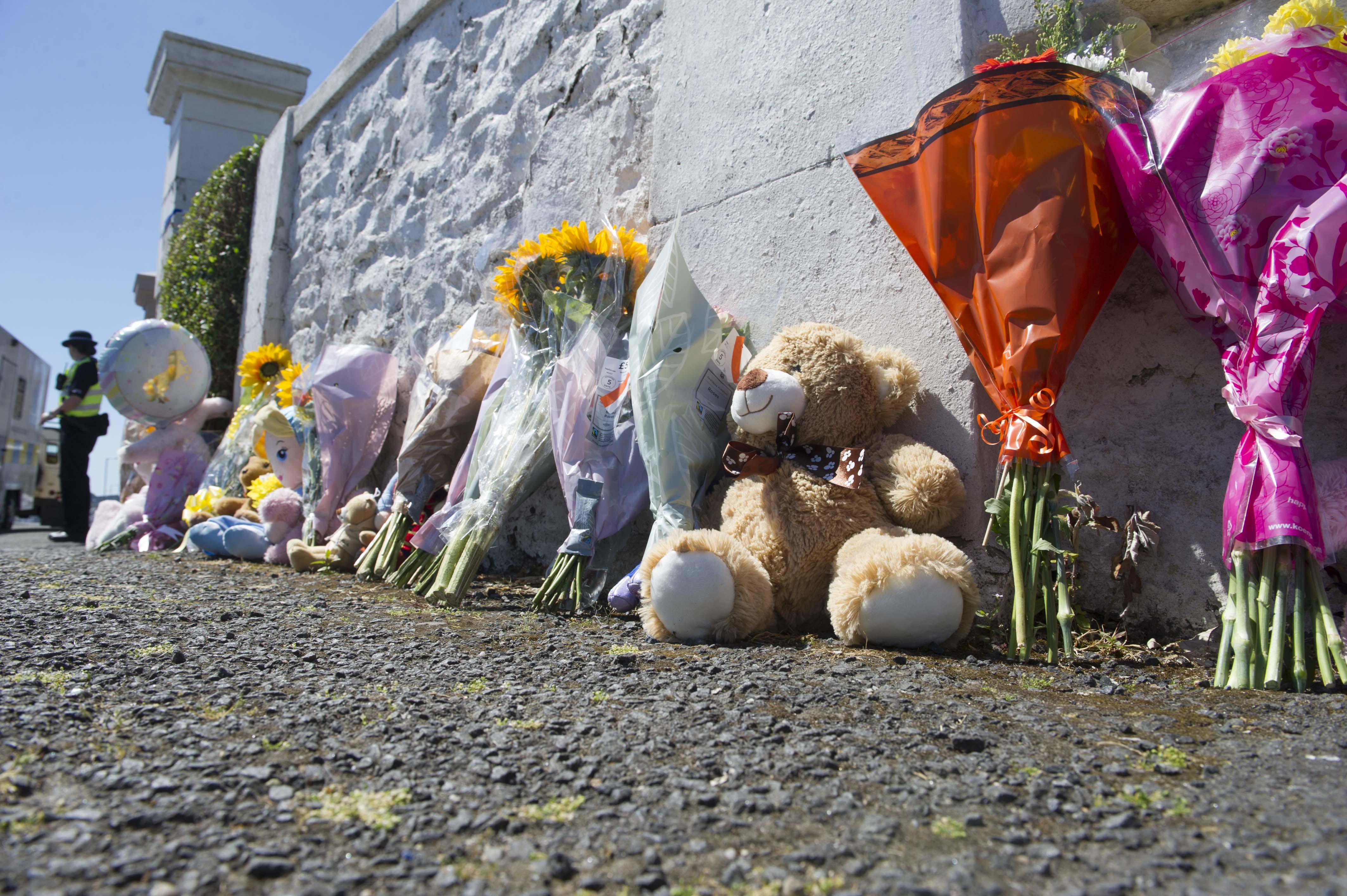 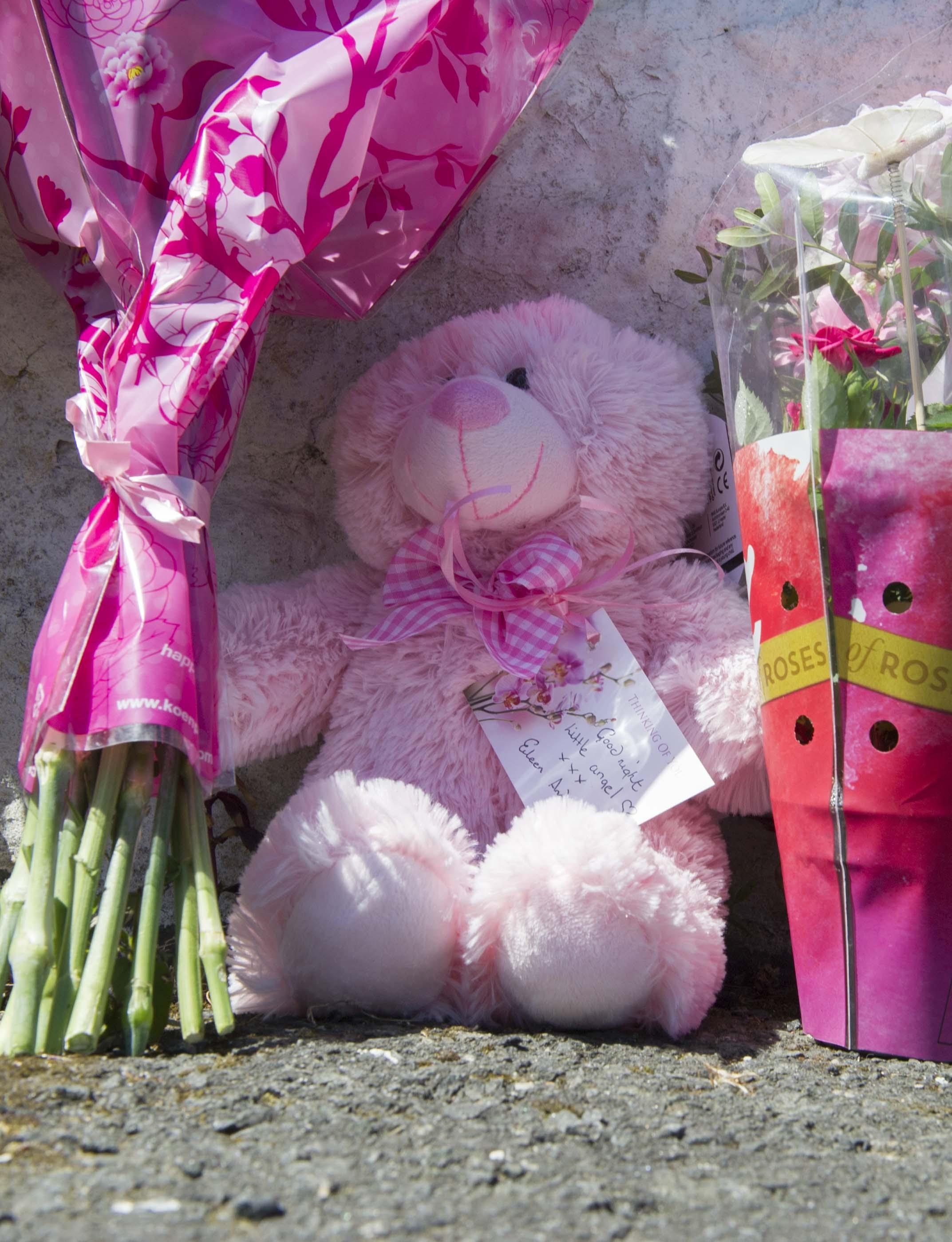 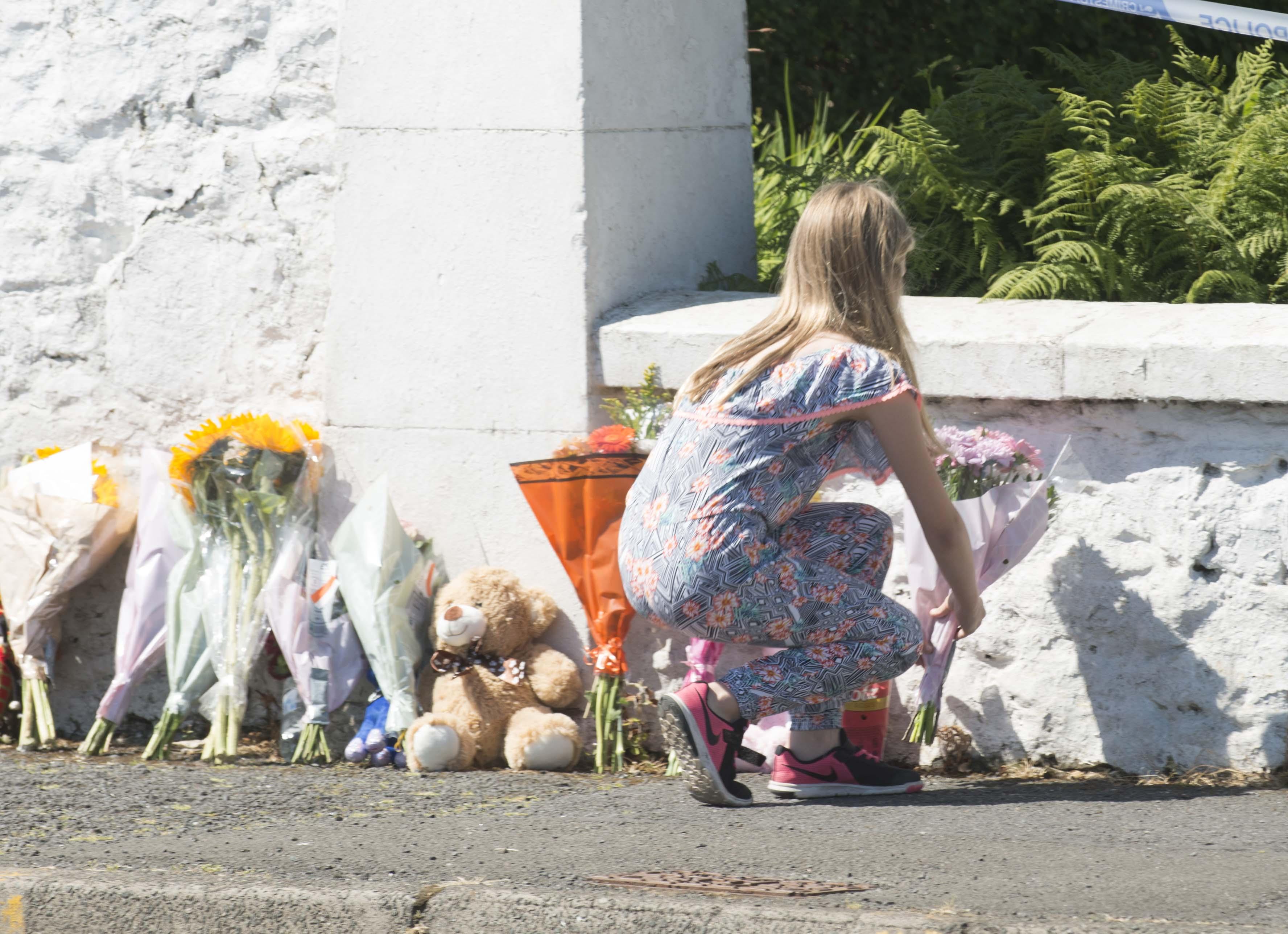 The headteacher of Alesha's school, Chapelside Primary in Airdrie, has released an emotional statement paying tribute.

Wendy Davie, said: "Alesha started with us in August 2016 and had just finished Primary 2.

"She loved being at school and enjoyed all aspects of literacy, in particular writing. She was such a perfectionist in her handwriting and was very proud of her work.

"Alesha was very friendly and she welcomed everyone first thing in the morning at breakfast club.

"She was a very considerate child who loved being part of a group and she was popular with all the other children and was a smiley and happy young girl."