Alec Baldwin is paying tribute to Halyna Hutchins one year after she died in the Rust shooting.

The 64-year-old actor — who was rehearsing with a prop gun on the New Mexico film set when it discharged and killed the cinematographer — posted a photo of Hutchins at work operating a movie camera.

"One year ago today…" he captioned the image.

On Oct. 21, 2021, Baldwin, an actor and producer on the Western film, was practicing his draw from his holster in a church set on the Bonanza Creek Ranch outside Santa Fe in New Mexico. He claimed he had been told it was a "cold gun," containing no ammunition, but it discharged and contained a live round. The projectile penetrated Hutchins near her shoulder and continued through to director Joel Souza. Hutchins fell to the ground and crew members rushed to help her followed by medics. Hutchins was helicoptered to a hospital but died from her injuries at age 42. Souza was treated and recovered.

There have been countless reports about alleged safety issues on the set of the low-budget film. Baldwin denied responsibility for Hutchins's death and maintained that he cocked the gun but did not pull the trigger. A FBI forensics report stated that the gun could not have been fired without pulling the trigger. Criminal charges remain up to the local district attorney's office. 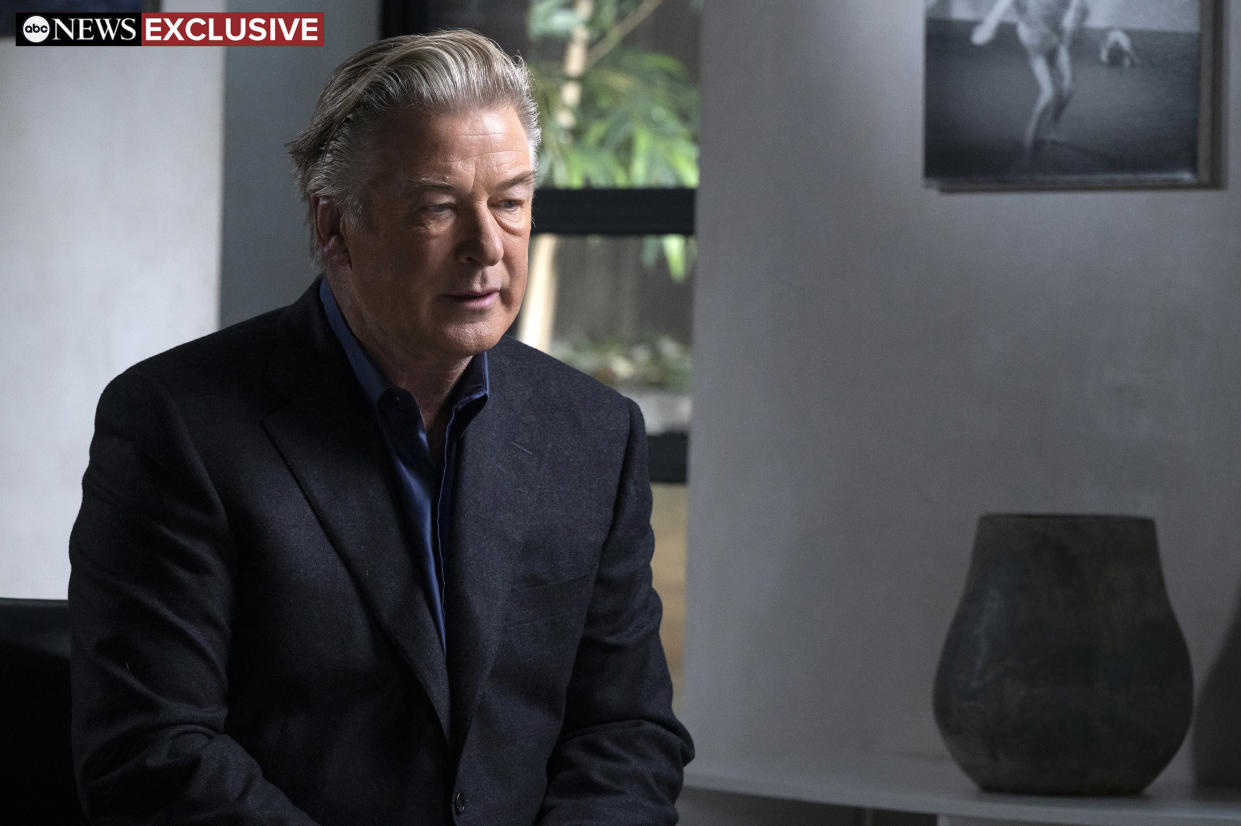 "On the anniversary of the tragedy on the Rust film set in Santa Fe County, District Attorney Mary Carmack-Altweis remains committed to pursuing justice for the victims, and getting answers for the community," Heather Brewer, spokesperson for the Office of the First Judicial District Attorney, State of New Mexico, told Fox News on Friday. "As soon as the district attorney receives the full report from the Santa Fe County Sheriff, she and her team of professional attorneys and investigators will thoroughly review all the evidence and make a thoughtful decision about whether to bring charges against those involved. No one is above the law and every victim deserves justice."

Sante Fe County Sheriff's Office spokesman Juan Rios told the same outlet, "The Rust investigation case file is under final review by the sheriff's office before it will be submitted to the Santa Fe district attorney. We have no set date as to when this will occur. Beyond this information, our agency has no further comment."

On Thursday, it was announced that Rust — which will resume production in January — will not film in New Mexico, where investigators continue to piece together the tragic events of that day.

"The production is considering other locations, including in California, but no decisions have been made," attorney Melina Spadone said in a statement on behalf of Rust Movie Productions.

The fact that film is resuming production at all is recent news. Halted nearly a year, it was announced on Oct. 5 that a settlement had been reached in a civil lawsuit between Baldwin, Rust producers and Hutchins's family, including her husband Matthew and their young son. As part of the agreement, the film was green-lit to resume in January and Matthew is to serve as executive producer.

The D.A.'s office was quick to add that the settlement has "no impact" on potential criminal charges. Carmack-Altweis and her team are considering charges against as many as four people, including Baldwin, it was noted in an August letter she wrote asking for emergency funding to cover potential trial costs. But the investigation, by the Santa Fe County Sheriff's Office, continues with a focus on how live ammo made it onto the set. Baldwin, the film's armor Hannah Gutierrez Reed, assistant director Dave Halls and prop master Sarah Zachry were among those interviewed by investigators. The .45 Long Colt revolver was sent to an FBI forensics lab for testing; Baldwin's cellphone records were obtained and analyzed.

When it was announced that Rust would resume production, Baldwin said he was "pleased" with the development, adding, "Throughout this difficult process, everyone has maintained the specific desire to do what is best for Halyna's son. We are grateful to everyone who contributed to the resolution of this tragic and painful situation."

Baldwin previously said Hutchins "was my friend. The day I arrived in Santa Fe to start shooting, I took her to dinner with Joel [Souza]. We were a very, very well-oiled crew shooting a film together and then this horrible event happened."

He also praised her in his infamous sit-down with ABC News in December when he first broke his silence about the tragedy. He said he "loved working with this woman. She was a joy. Everyone loved her as a person. And everyone admired her talent."

Baldwin detailed to the outlet his version of what transpired that day. He said he and Hutchins blocked out the scene, which saw his character wounded and cornered as he drew his weapon against two opponents. He said he was told he had a cold gun and Hutchins directed his every move to get the best camera angles.

"Everything is at her direction," he claimed. "[Hutchins] says to me, 'Hold the gun lower. Go to your right. OK, right there. All right, do that. Now show it a little bit lower.' … She's guiding me through how she wants me to hold the gun for this angle. I'm holding the gun where she told me to hold it, which ended up being aimed right below her armpit."

He said in that moment, there was a bang and everyone was horrified and shocked. Baldwin saw Hutchins go down and thought, "Did she faint? The notion that there was a live round in that gun did not dawn on me 'til probably 45 minutes to an hour later."

Baldwin said the set was cleared as Hutchins and Souza were tended to by medics, and he and other crew members had their eyes fixed on the emergency helicopter that arrived about 30 minutes later. He met with sheriff's deputies soon after and they showed him a photo of a lead bullet that had been removed from Souza — and told him that Hutchins didn't survive.