The quake last Tuesday morning was a massive 6.4 magnitude on the Richter scale and the Balkan country has some 37 aftershocks. Seismologist Rexhep Koci said there is the likelihood for more aftershocks, but they would be weaker. The European-Mediterranean Seismological Centre (EMSC) reported the first tremors hit the city of Durres, the second most populous city in the Republic of Albania, last Monday night November 25.

A few hours later, the ground shook again, then shortly before 4 am on Tuesday morning, the big one hit.

In a 30 second of unstoppable violence, the earth’s crust shifted and the unprepared concrete homes collapsed in on themselves.

This was the biggest earthquake to hit the country in decades.

The search and rescue operation for earthquake survivors in Albania has ended, with the death toll at 51 and no more bodies believed to be in the ruins. 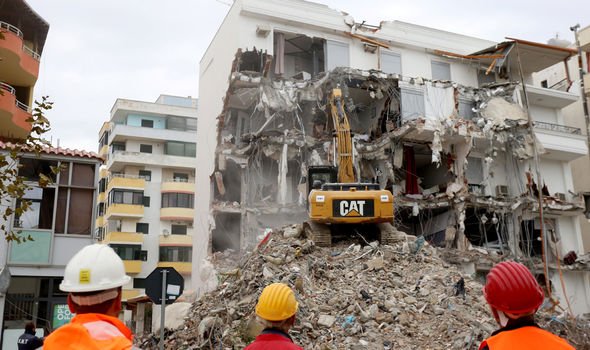 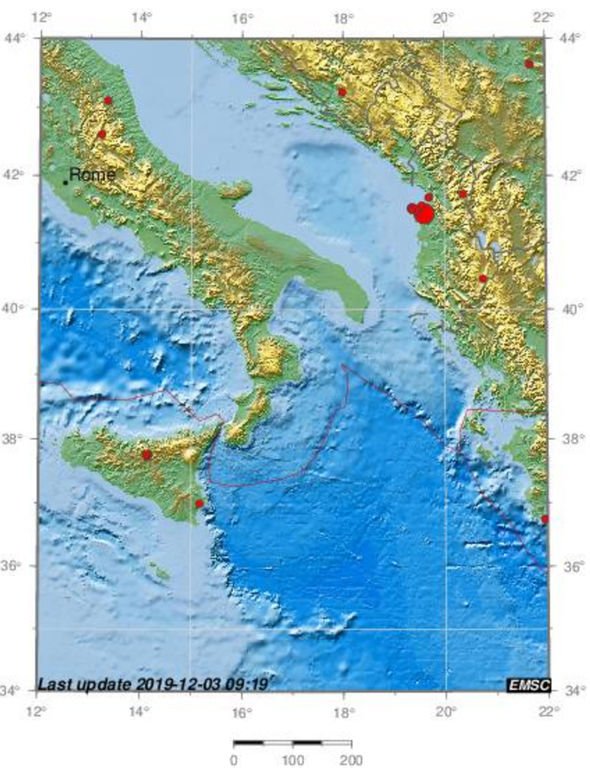 Prime minister Edi Rama said preliminary figures show more than 1,465 buildings in the capital of Tirana, and around 900 in nearby Durres, were seriously damaged in Tuesday’s 6.4 magnitude pre-dawn quake.

Preliminary figures estimate at least 4,000 people are homeless, with around 2,500 given shelter in hotels.

Others have been taken to neighbouring Kosovo or have moved to eastern areas of Albania. 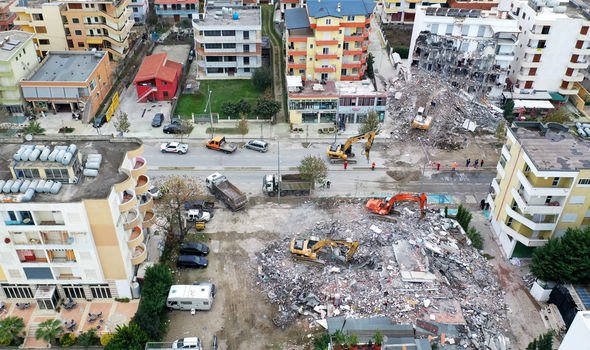 Mr Rama has pledged all homeless will be in “stronger homes” in 2020.

The city of Durres is in northwestern Albania and was struck by a strong 6.4-magnitude earthquake with an epicentre 7.5 miles west-southwest of the town of Mamurras.

The tremor was felt in places as far away as Taranto and Belgrade, 230 miles northeast of the epicentre. 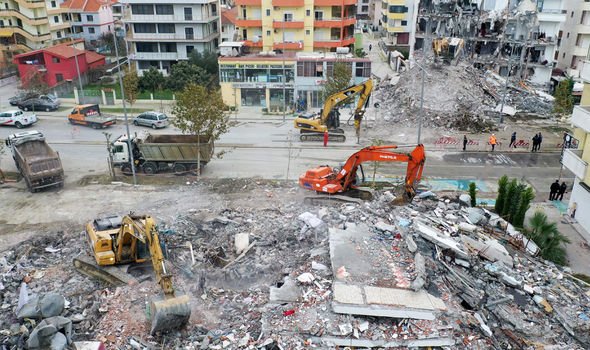 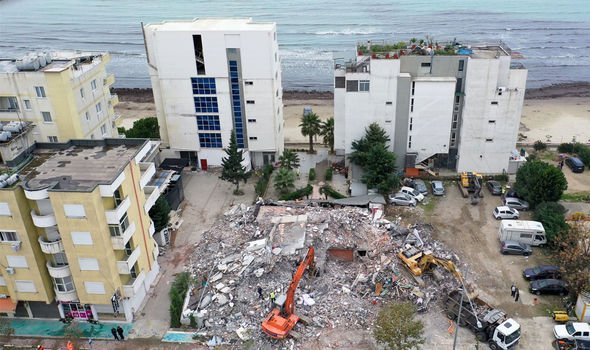 Mr Rama said at a Cabinet meeting Sunday, “Simply, this is humanly impossible to do this reconstruction alone.”

He said the budget is being reshaped to deal with the earthquake’s aftermath, but Albania still needs international support.

Mr Rama said he has written to US President Donald Trump to ask for help.

US and European Union civil engineers are working with local experts in Albania to assess the damage.

The mayor of Durres, one of the hardest-hit towns, resigned on Sunday after public outcry about remarks she made that she was “pleased” that only 50 people had died in the earthquake.

Valbona Sako said she was “hurt by the overwhelmingly negative reaction to a statement I made under stress that exceeds my strength.”

The small town of Thumane, experienced the highest death toll from last Tuesday’s quake with 26 people killed, six of whom belonged to one family, and all but one under age 30.

They were buried on Friday 29 November.