Agony of Trevor Phillips as his eldest daughter, 36, dies after a 22-year battle with anorexia

Trevor Phillips and his family are mourning the loss of his eldest daughter, who has died after a 22-year battle with anorexia.

Sushila Phillips, 36, a freelance journalist, died ‘peacefully in her own bed’.

Anti-racism campaigner and broadcaster Mr Phillips and his ex-wife Asha were both present for their daughter’s last hours.

News of the tragedy was announced on Facebook by Sushila’s younger sister Holiday, 33.

The heartbreaking post, shared yesterday by Mr Phillips, said: ‘Dear all – my beloved sister Sushi passed away on Sunday morning after a 22-year battle with anorexia. 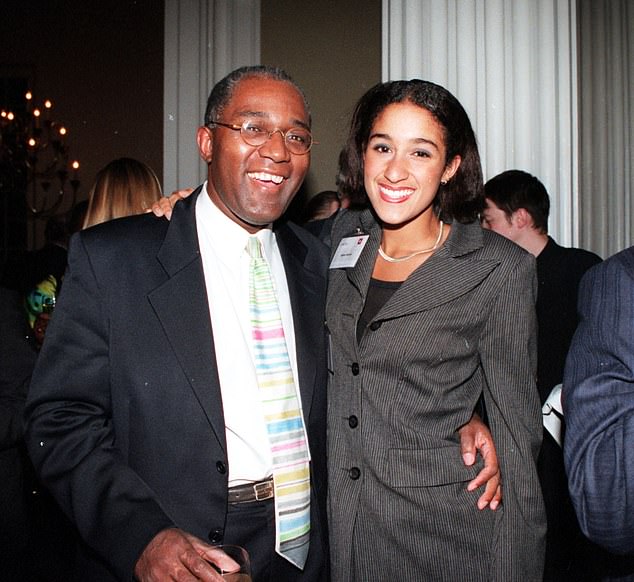 Trevor Phillips (pictured with daughter Sushila) and his family are mourning the loss of his eldest daughter, Sushila Phillips, 36, who died ‘peacefully in her own bed’ after a 22-year battle with anorexia

‘She went peacefully, in her own bed, in our mum’s arms. Exactly how she would have wanted it.

‘She was one of the wisest, kindest, strongest and funniest people I knew.

‘Eternally compassionate in the face of unspeakable suffering, grateful for the small things every day – the sun on her face and a smile from a stranger, she had the most wicked sense of humour, and she was committed to fighting for justice for people suffering with mental illness.’

Holiday promised to continue her sister’s efforts to help those affected by mental illness ‘in every way I can’.

Her post continued: ‘She was a force and the most beautiful soul I ever knew. A best friend and an inspiration.

The post was accompanied with a picture of Sushila looking gaunt but happy, smiling as she sat in a garden with a glass of rose wine.

Mr Phillips, 63, wrote about his daughter’s battle with anorexia only last month in an article for The Times in the wake of the Duke and Duchess of Sussex’s interview with Oprah Winfrey. 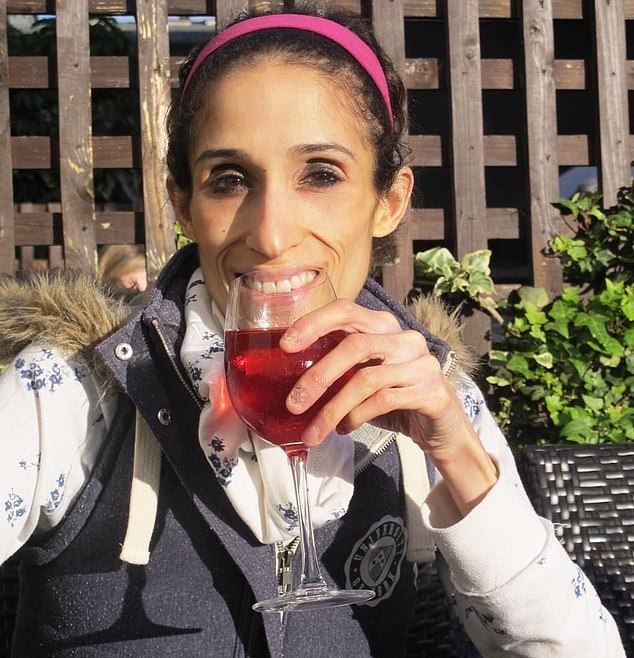 Mr Phillips revealed last month that Sushila, who graduated with a first class honours degree in English literature from York University in 2008,  had been having regular treatment at a specialist medical unit

In his article, Mr Phillips compared his daughter’s struggles with anorexia to those described by Meghan.

He wrote: ‘Though I have thankfully never sunk to the despair described by the duchess, our family has spent more than two decades watching helplessly as my older daughter battled a severe eating disorder.

‘Hours before writing these words she and I bade farewell on a familiar threshold: the specialist unit to which she admits herself periodically when the daily struggle against her demons proves just too exhausting.’

Mr Phillips recounted in painful detail his struggle to help his daughter through her ordeal – which extended to physically intervening to prevent her throwing herself out of a moving car.

He said: ‘I do know what it feels like to have to pin your teenage child to the floor of a speeding car to prevent her throwing herself out of the door.

‘I understand what it is to hear that she may not live long enough to go to university.

‘I have met the girls with whom she shared the hellish wards reserved for the most distressed, and learnt not to look away when she tells me that I’ll never see one of them again because she has taken her own life.’

Mr Phillips said his experience meant he did not ‘take the duchess’s words lightly’ about her mental health – although he said it was ‘hard to imagine any family would knowingly ignore such distress’.

Mr Phillips and his ex-wife, a psychotherapist, would not comment further yesterday. They married in 1981 but are now divorced.

Dozens left tributes on Mr Phillips’ Facebook page, including former Sunday Times magazine editor Eleanor Mills, who said: ‘So very said to hear about Sushi. She was so talented and wrote so beautifully for me at The Sunday Times – can’t believe she is gone.

‘She was so committed to making things better for other sufferers of anorexia. Such a cruel and implacable disease.’