AGL’s plan to keep its Victorian brown coal-fired Loy Yang A power plant running until 2045 was probably always pie in the sky.

Timetable or not, the consensus was that market forces would necessitate a much earlier closure than that, with coal increasingly struggling to compete on cost with renewables. 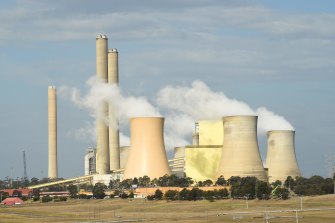 AGL’s Loy Yang A, which generates about 30 per cent of Victoria’s power, is scheduled to close in 2045.Credit:Justin McManus

Those cost pressures have only intensified, with the war in Ukraine sending world coal, oil and gas prices soaring. Power prices have also been driven higher by what the Australian Energy Market Regulator calls “unplanned outages”. In other words, Australia’s ageing coal-fired plants are breaking down more often.

Now that AGL has shelved its plan to separate its retail business from base-load power generation, it is even more likely that the closure of Loy Yang A – which generates about 30 per cent of Victoria’s power – will be brought forward, possibly dramatically.

As the AGL board itself acknowledges, Australia is at a pivotal moment in the clean-energy transition. On Monday, it suggested the closure dates of its NSW Bayswater power station in 2035 and Loy Yang coal-fired power station in 2045 would “continue to be accelerated”.

For Victoria, the ramifications of this could be significant. There are now just three big coal-fired power plants left in the state. Yallourn, which is owned by EnergyAustralia, is set to close in mid-2028. It will be replaced with a 350-megawatt battery in the Latrobe Valley by the end of 2026.

Loy Yang B, owned by Alinta Energy, is due to close in 2046. Earlier this year, AGL announced it was bringing forward the closure date for its Loy Yang A plant from 2048 to 2045.

The new federal Labor government wants to see 82 per cent of Australia’s electricity generated by renewables by 2030, in just eight years.

Ambitious targets such as this will clearly be needed if Labor has any hope of achieving its promise to cut emissions by 43 per cent by then. But it represents a massive increase on the current 30 per cent share for renewables, over a relatively short timeframe.

If Victoria has any hope of maintaining its momentum towards lower emissions, with an orderly transition away from coal, a much greater level of climate and energy policy planning will be needed, from both the state and federal governments. 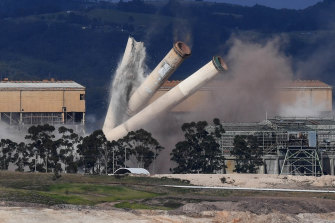 The demolition of the Hazelwood coal-fired power plant in May 2020, three years after it closed. Credit:Joe Armao

Grattan Institute energy policy expert Tony Wood said much of the focus in the media has been on the ambition of the climate policy. However, he warned that it’s now time to get down to the tough business of building the transition and storage to ensure the reliability of the energy grid and keep prices down.

Victorian consumers and the state government were provided with a dramatic illustration of what happens without good planning following the closure of the Hazelwood power plant.

The decision was announced in November 2016 and carried out five months later. It was a massive and sudden shock to the system. At the time, the state government insisted the impact on prices would be relatively modest (about 3 to 4 per cent). As it turned out, with the state’s energy needs severely stretched by consecutive hot summers, prices went up by more than 10 per cent. 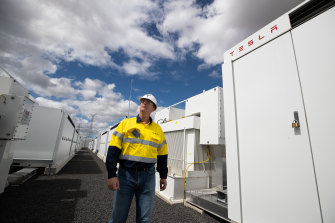 The big challenge for Victoria will be building a transmission system needed to maintain a stable national grid as the share of renewables rises rapidly.

Wood said that some renewable energy companies have already left Australia because they were unable to get projects connected to the grid, or were constrained because there wasn’t enough capacity on the grid.

The politics will be tricky. As The Age reported in February, power distribution company AusNet Services is finalising plans for the Western Victoria Transmission Network Project, which will connect renewable energy generators with the electricity grid.

But it has been met with strong resistance from councils and residents living in the project’s proposed path, who argue wires and towers rising to 85 metres will mar the natural landscape and potentially obstruct firefighting efforts from the air.

If Victoria and Australia are genuine about their climate and energy ambitions, these decisions will need to be made. As it is, we are starting with a huge handicap. When it comes to energy policy, after years of political uncertainty and false starts, there is no time to waste.