An adorably fascinated quokka has been caught on camera being absolutely captivated by an Aussie juggler.

In the video, the small native animal, also known as a short-tailed scrub wallaby, could be seen hopping closer to the juggler and watching the stones intently.

The furry marsupial then reached out with a paw, attempting to grab the stones as they flew through the air, before the man then politely bowed for his audience.

The video was shared to Reddit on Saturday, where it sparked hundreds of comments, with many people enthralled by the cute example of Australian wildlife. 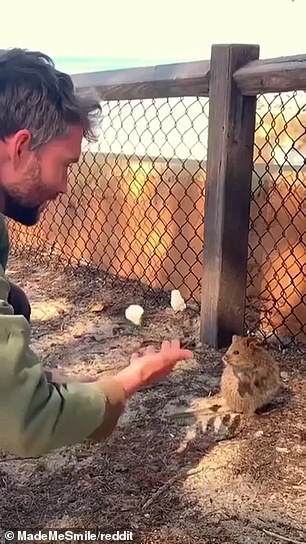 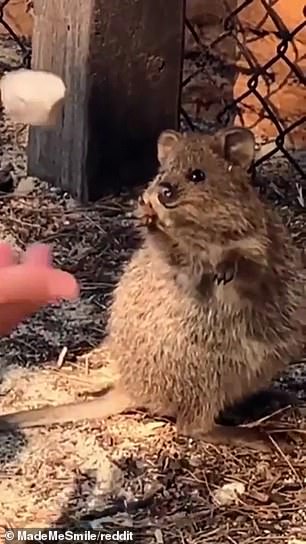 ‘I love the hand gesture the quokka is making as if it could actually grab what the guy is juggling’, one person said.

‘One of the cutest and coolest animals on the planet,’ a third added.

Quokkas are found only in a small area of southern Western Australia, mainly on Rottnest Island, though smaller populations exist on the mainland and Bald Island.

They are listed as a vulnerable species because of their small habitat. 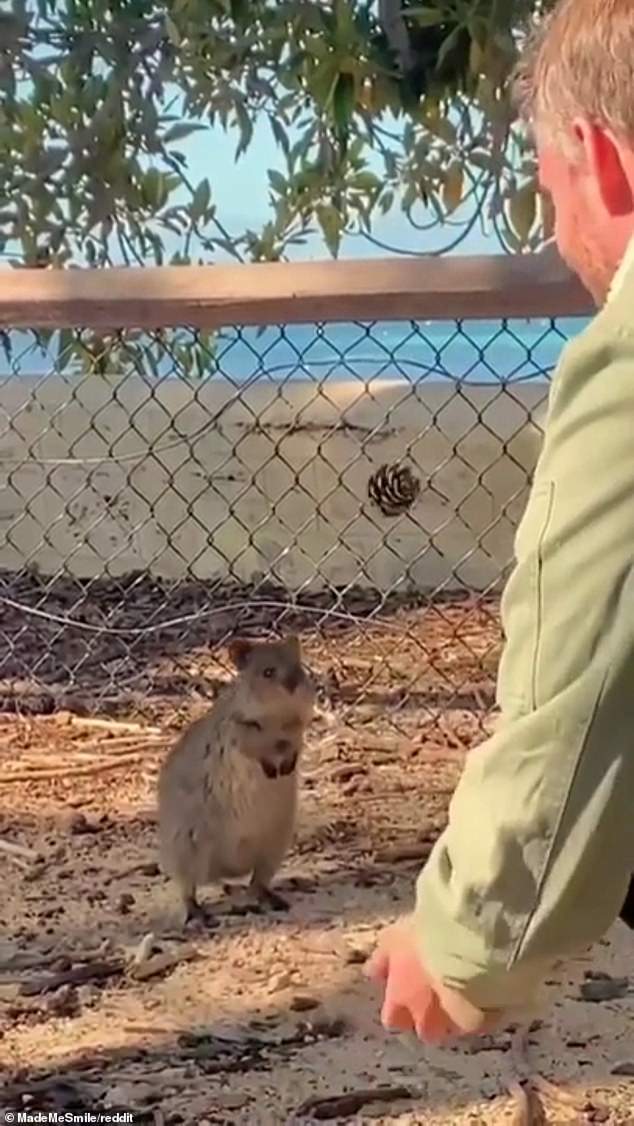 They do not have any natural predators on the islands, such as foxes or cats, and so are not afraid of humans, making them a popular tourist attraction.

But a hefty fine applies if you are caught touching or feeding one with overseas visitors also facing possible deportation if they hurt the animals.

In the 2010s, quokkas began to gain more attention after appearing in numerous viral selfies.

Celebrities such as Chris Hemsworth and Margot Robbie posed with the animals, which caused a surge in tourism to the area. 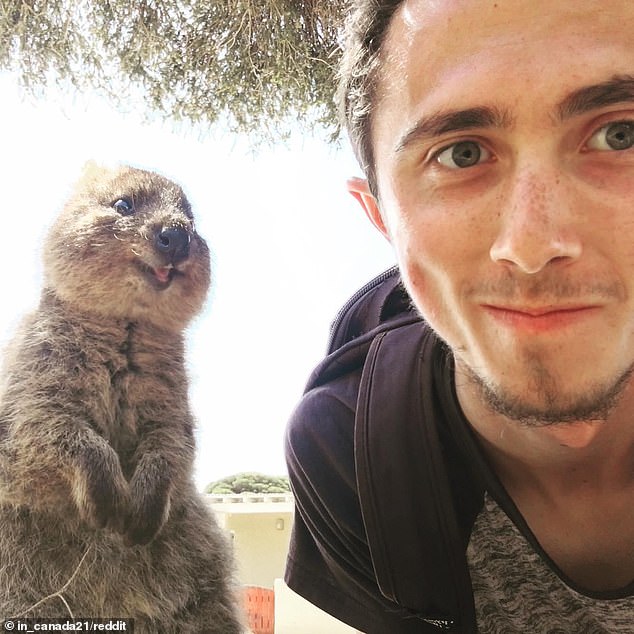