Officials in Virginia have shared images of a two-headed venomous copperhead snake, leaving many social media aghast at the reptile’s appearance.

The serpent was spotted last week in resident’s backyard in Woodbridge, Virginia, according to officials with the Virginia Wildlife Management and Control.

In addition to the photos, wildlife management officials shared a video of the two-headed serpent twisting and wriggling inside a container. Rare two-headed copperhead snake found last week in a resident’s backyard in Woodbridge, Virginia and is believed to have been there for a number of days 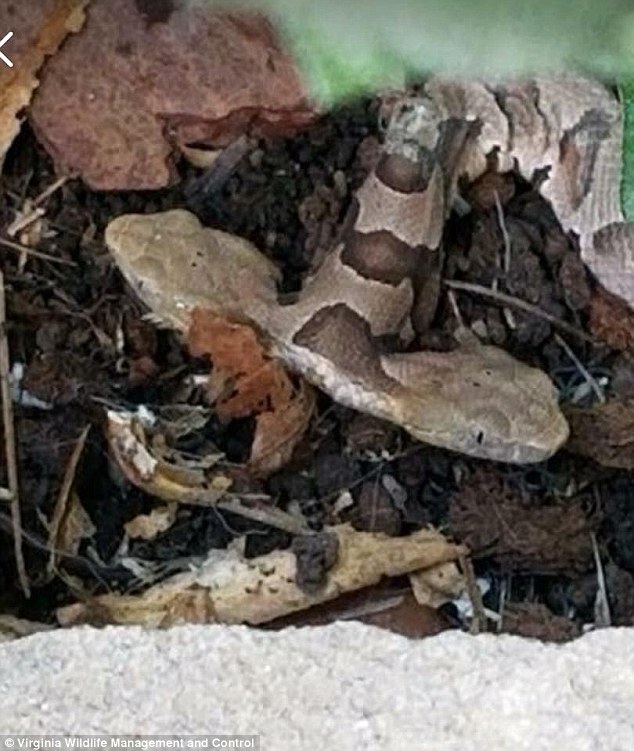 The snake is currently being monitored by a state herpetologist after it was examined at the Wildlife Center of Virginia in Waynesboro.

A veterinary hospital spokesman told WTVR : ‘It appears as though the left head is more dominant – it’s generally more active and responsive to stimulus.

‘Based on the anatomy, it would be better for the right head to eat, but it may be a challenge since the left head appears more dominant’.

The photos and video of the snake went viral after Virginia Wildlife Management and Control shared them on Facebook earlier this month.

Virginia Wildlife Management and Control owner Rich Perry said the person who found the snake called his company’s 24-hour Snake identification hotline in an effort to better determine what she found.

Perry’s business later posted the photos, without many details, on Facebook.

He said the person who found the snake asked that their name not be released.

‘That snake has been going crazy,’ Perry said in reference to his social media post.

He said he had been fielding calls and messages from around the country from people looking to buy the rare reptile. 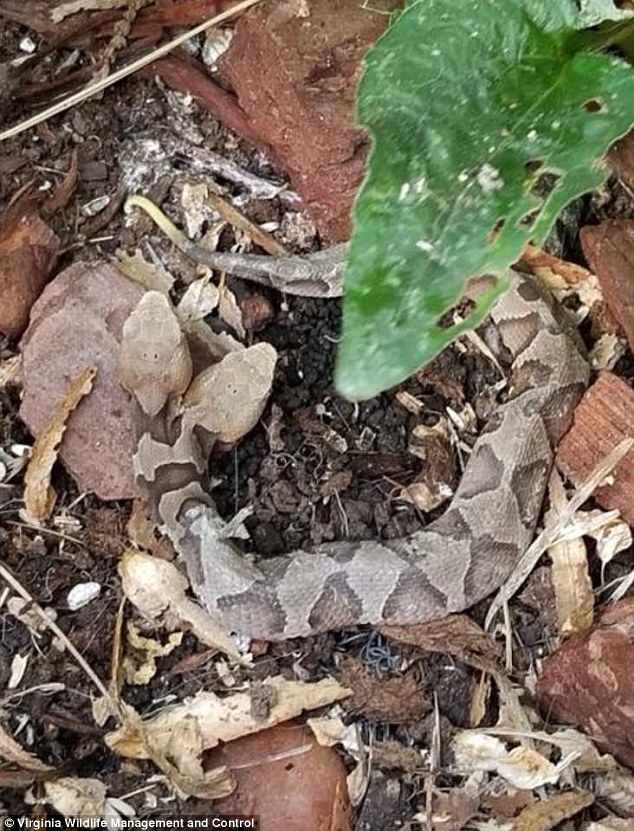 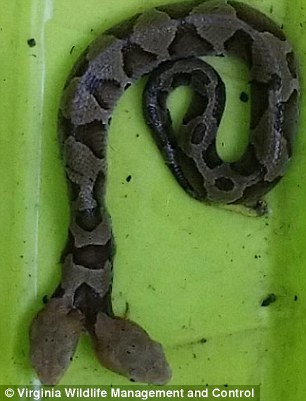 For now, the snake will remain with the state herpetologist.

‘Wild two-headed snakes are extremely rare,’ a spokesperson for the veterinary hospital added.

‘They just don’t live that long. The herpetologist will continue monitoring the snake; if it survives, it will likely be placed in an educational facility’.

While some social media users questioned the authenticity of the post, the department assured the photos and video were both very real.

‘Absolutely not a fake! We assure you, it’s very real and was shedding its skin.’

Two-headed snakes are rare and typically do not survive for long in the wild, according to National Geographic.

The rare genetic abnormality can hinder the snake’s ability to catch prey.

‘Snakes operate a good deal by smell, and if one head catches the scent of prey on the other’s head, it will attack and try to swallow the second head,’ National Geographic reported.

The magazine said two-head snakes develop similarly to Siamese twins when an embryo does not properly split into two.