“Australia has welcomed migrants from China for more than 200 years.”

It was July 4, 1857. A frozen wind whipped down the valley beneath the hulking, snow-dusted Mount Buffalo in north-east Victoria.

A mob of white gold miners – Irish, German, Cornish and hellraisers from all over, led, it was suggested at the time, by Americans liquored up on US Independence Day – took up picks, axe handles and lumps of wood.

Howling with fury, they set to destroying the camps and lives of 2000 Chinese diggers spread along the valley of the Buckland River, not far from present-day Bright.

It would be the single most vicious anti-Chinese riot in Victoria’s history. 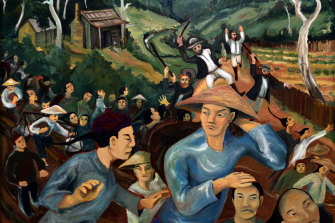 The 1857 Buckland riot as depicted by Thomas Lawler in 1987. Credit:Joe Armao

Chinese miners all along the Buckland were beaten as they fled, at least 750 of their tents were torn down and incinerated, 30 Chinese stores were robbed and burned and a newly-constructed joss house, the first place of worship in the district – a scandalous presumption so far as the white miners were concerned – was put to the torch.

No one knows how many Chinese men died on that winter day.

Authorities, keen to downplay the atrocity, later reported three deaths had occurred through “exposure, cold and previous illness”, though stories persisted of “Celestials” left to die in the forest, thrown down mineshafts or drowning in their desperation to escape their attackers.

Ten days after the riot, The Argus newspaper reported “the most frightful scenes” had greeted the district police warden as survivors emerged from the bush, seeking some sort of safety in Beechworth, with “Chinamen worn out with hunger and exposure, dying on the road”. 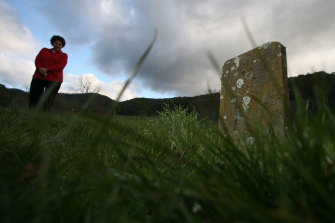 Eva Park, a descendant of Ah Sue, a Chinese resident of the Buckland Valley, stands by one of three graves of Chinese victims of the 1857 riot near Bright.Credit:Joe Armao

“One poor fellow was found lying near a fire in the bush with his foot burnt off, others in a dying state from starvation, many were rushed into the river at the crossing place of the Buckland, and it is believed that some were drowned. Two poor fellows were found this afternoon (Monday), one lying down hiding under the banks of the river, nearly dead; the other was found also hiding in a hole where he had crept into out of the way, and the earth had fallen in, and when found he was in a sitting position but could not extricate himself.”

Newspaper archives reveal little compassion awaited at Beechworth. A month later, crowds were reported cheering in the streets when a jury returned not-guilty verdicts on the few white miners charged with riotous assembly and causing terror while armed.

Cheers also greeted another jury’s not-guilty verdict on a brute named Thomas Healey, better known as “Yankee Tom”. He was charged with stealing £53 and 16 shillings ($4290 in today's money) from Chinese miner A Gee on the day of the riot, and setting fire to tents and Chinese stores. The Melbourne Herald reported that Yankee Tom successfully pleaded innocence by repeatedly declaring that Chinese were “animals whose oath was not to be relied upon”.

The Buckland Valley today is a peaceful place of orchards, farms and vineyards.

Anglers cast for trout not far from the village of Porepunkah, where the Buckland flows into the Ovens River, the spot to which the terrified Chinese survivors were eventually driven.

All signs of the hideous events of 1857 have been scoured away by time, and there are no remains of the reportedly beautiful joss house.

We might dismiss the Buckland Riot as ancient history, a ghastly aberration or the consequence of a colony maddened by gold lust and peopled by ruffians spat out of a brutal era of convict transportation.

We might – if it were not for the official attempts by Australian authorities to impose all manner of taxes and bureaucratic rigmarole to prevent Chinese arriving in Victoria in the first place, resulting in Chinese miners traipsing 450 kilometres across country to the goldfields from the South Australian town of Robe, often at the mercy of unscrupulous “guides”.

We would also need to ignore the frequency of other riotous attacks on Chinese, culminating in a series of bloody battles and murder around Lambing Flat, now known as Young, NSW. 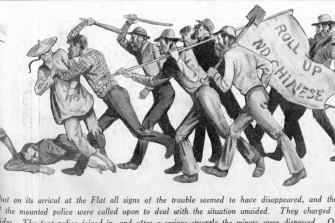 A Sydney newspaper’s 1935 depiction of an 1860 riot at Lambing Flat.Credit:Archive

We might dismiss all this as unrelated to modern Australia, if it were not for the fact that one of the very first lasting acts of the Australian Parliament, just days after federation in 1901, was to pass the Immigration Restriction Act.

Here was the White Australia Policy, shaped by decades of anti-Chinese sentiment extending back to the goldfields. Chinese miners scavenged gold from soil already worked by white miners, the story went, and would surely steal the jobs of white people – who constituted 98 per cent of Australia’s population in 1901 – if they were not kept at bay.

The Immigration Restriction Act would define Australia’s international stance for almost three-quarters of the 20th century.

Section 3(a) of the Act was a masterclass in cultural trickery, more wickedly successful than any riot.

It defined a prohibited immigrant as “any person who when asked to do so by an officer fails to write out at dictation and sign in the presence of the officer a passage of 50 words in length in any European language directed by the officer”.

The dictation test lasted until 1958. Almost no one of colour or from China passed the test.

The White Australia Policy was not fully dismantled until Gough Whitlam replaced it with the policy of multiculturalism in 1973.

Indeed, no Australian leader visited China until 1971, when Whitlam, then opposition leader, headed a delegation to Beijing and met the Chinese premier, Zhou Enlai. 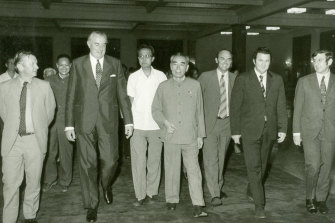 Our prime minister at the time, Billy McMahon, let fly at Whitlam’s audacity, declaring: “In no time at all Zhou Enlai had Mr Whitlam on a hook and he played him as a fisherman plays a trout.”

McMahon, however, was swiftly reduced to yesterday’s man.

Then US president Richard Nixon revealed that a few days after Whitlam had met Zhou, the US secretary of state, Henry Kissinger, had shaken hands with the Chinese premier in the Great Hall of the People too. Nixon declared he would visit Beijing himself. 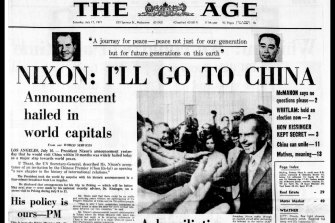 The moment when an Australian leader truly welcomed Chinese people to make Australia their home did not come until 1989, when Bob Hawke, weeping, declared that Chinese students could stay safely in Australia after the People's Republic used tanks to slaughter protesters in Beijing’s Tiananmen Square. 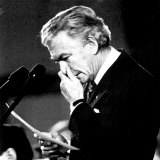 Prime Minister Bob Hawke crying at a Chinese Memorial at Parliament House after the events of Tiananmen Square.Credit:Graham Tidy

All temporary visit and student visas for Chinese in Australia were extended, and subsequently, under Paul Keating, more than 42,000 of these people were granted permanent residency.

Despite this shot at the new China’s ruthlessness and disregard for the human rights of its own citizens, delicate diplomacy and mutually beneficial trade kept the Australia-China relationship relatively stable.

As China’s wealth and influence grew, Australia managed to walk an increasingly lucrative path over the next 30 years, despite constant suspicions in China that Australia was the lapdog of the United States of America.

And now it's all gone to hell.

China’s verbal and trade assault on Australia is at least partly because China’s one-party dictatorship considered Prime Minister Scott Morrison to be so keen to win the approval of US President Donald Trump that he was prepared to humiliate China, getting out ahead of the international community and calling for an investigation into the origins of COVID-19.

As China moved from extravagant language to imposing bans and crippling tariffs on Australian exports, all the way to tweeting a singularly offensive image of an Australian soldier preparing to commit an atrocity, it was as if old roles were suddenly reversed.

White miners, led by belligerent Americans, once sought to humiliate Chinese by driving them out of the Australian valley where they had come to scratch out a living.

Absurd equivalence, of course: the world, in truth, is in the latest of its geopolitical convulsions, and China is making a convenient example of Australia, a nation in a valley between Asia and America, as it jostles for the status of the latest superpower.

Still, for those with an eye to history, it is tempting to imagine that China – rich and powerful now, armed with a famously long memory and trade tools as lethal as pick handles – is in the business of settling a score.