A giant python has slithered its way into a supermarket aisle terrifying customers at a Woolworths in Sydney’s north-west.

Video uploaded to Facebook on Monday shows the curious python poke its head out of the herbs and spices shelf at Glenorie Woolworths.

A shocked customer captured the stomach-churning footage and sent it to their friend who joked they had spotted a Covid-19 rule breaker.

‘Local Glenorie Woolworths had a Lockdown offender today. No QR check in and no mask,’ the woman wrote alongside the video.

To shopper’s relief a snake expert happened to be present and safely removed the unwelcome guest. 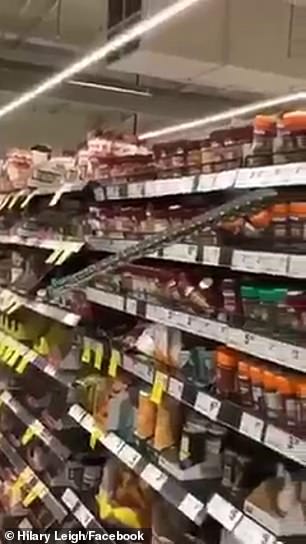 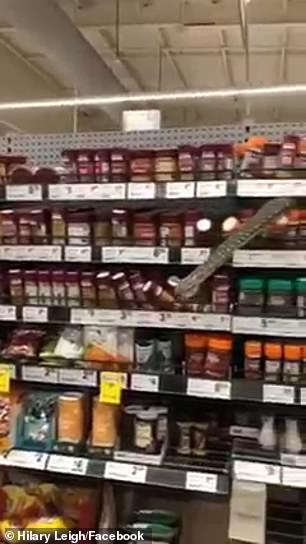 ‘Lucky there was a lovely person who was very familiar with this type of species and safely looked after the good looking culprit, phew, a good outcome,’ the post read.

Facebook users took to the thread to voice their disbelief at the uniquely Australian sighting, with one user writing:

‘Yikes!!! I would have had a heart attack at that!’

‘Geez! What a shock that would be coming at you! So unexpected!’ Commented another.

‘OMG I hate snakes would have taken everybody out with me as I ran for the exit,’ added a third.

A Woolworths spokesperson said the rare customer was safely relocated.

‘Once it was sighted, our team members reacted quickly and calmly to cordon off the area for the safety of customers,’ they said. 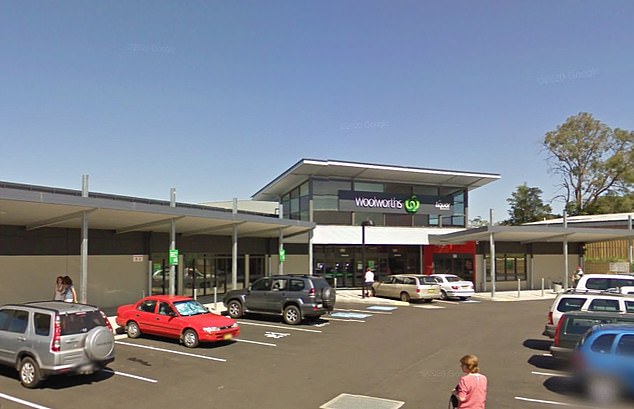 ‘A snake catcher removed the slithery customer, who was released safely into bushland shortly after.’

Snake sightings in unusual places are not so uncommon in Australia, just last month a homeowner in Western Australia got the shock of her life when she went to the bathroom to find a python tree snake curled up on her toilet roll.

In May a Hornsby Heights man in Sydney’s north shore found a massive three-metre long diamond python curled up on a wooden door in his basement laundry.

While a Sydney mother almost picked up a venomous snake that was hiding in her daughter’s bedroom after mistaking the reptile for a shoelace in February.