Giant fish out of water! 6.5ft bluefin tuna ‘beast’ washes up in Scottish island after being swept by storm

The body of a massive tuna fish was washed up on a beach in the Orkney Isles following powerful storms this weekend.

The sad sight caused a stir on Sanday island but fisherman were buoyed by further evidence the magnificent species is making a return to British waters.

The body of the fish – one of the world’s largest and fastest, according to National Geographic – was estimated to be about six and a half feet long.

‘It was … a pretty impressive beast. At that size, it’s going to be pretty fully grown,’ Emma Neave-Webb, a local ranger, said on Monday. ‘The fish looked pretty fresh, so I think the cause of death was natural causes.’ 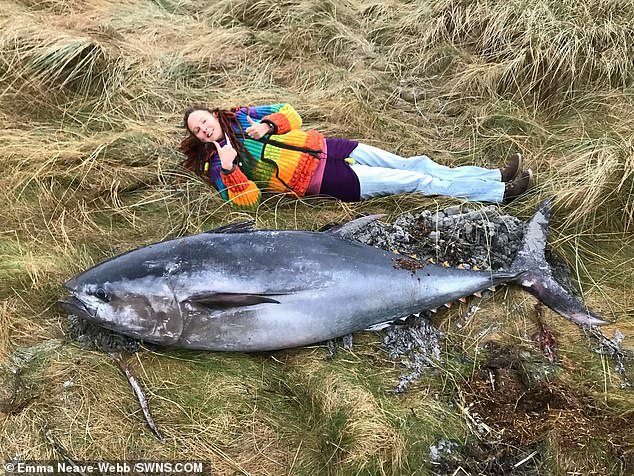 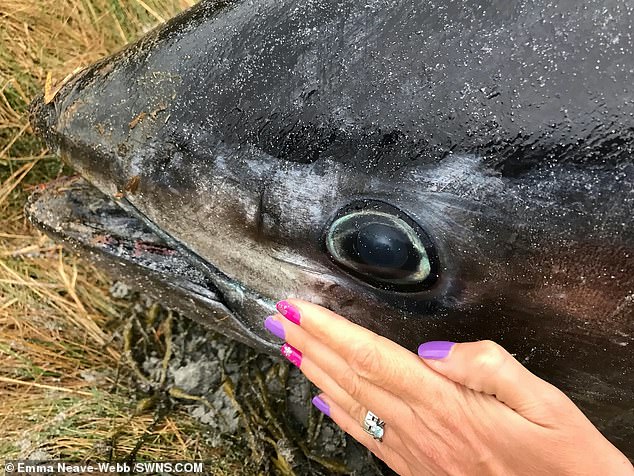 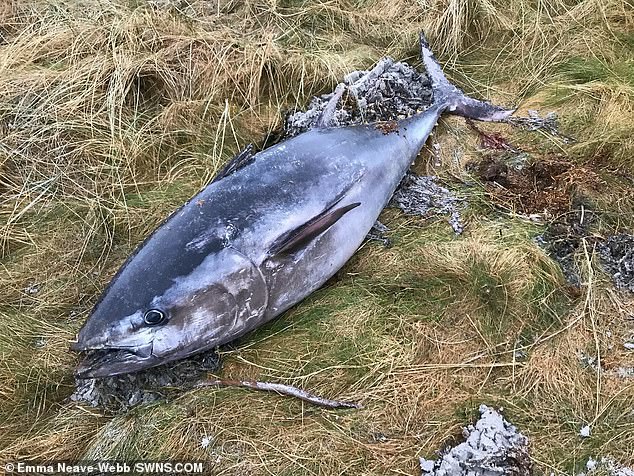 Bluefin tuna have only recently returned to British waters since around 2013, but it is extremely rare for one to be washed up in Orkney 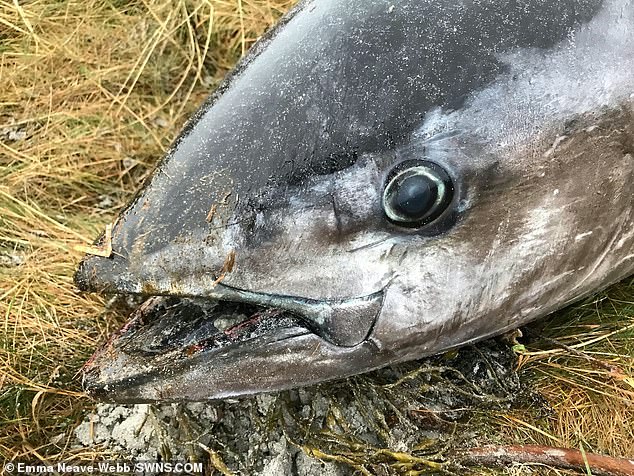 Atlantic bluefins live in both subtropic and temperate waters, and can travel across the Atlantic ocean in less than 60 days.

The warm-blooded Atlantic bluefin can swim at speeds up to 43 miles per hour, thanks to its powerful tail.

They typically weigh around 550 pounds, though some have reportedly been recorded at 1,000 pounds or more.

Unlike the more common yellowfin species, fishing for bluefin tuna is tightly regulated after massive overfishing in the late twentieth century decimated their numbers.

In 2011, the USA’s National Oceanic and Atmospheric Administration (NOAA) decided not to list the Atlantic bluefin tuna as an endangered species, but noted stringent international fishing rules created in November 2010 were designed to allow stocks to recover.

In November 2012, 48 countries voted to keep strict fishing limits, saying the species’ population is still fragile. The quota was set at just 13,500 metric tons a year, and reviewed upwards slightly in 2014.

The fish’s size attracted a crowd of locals on Sunday — with many traveling to Bea Sand beach to view the remains of the powerful fish.

Ms Neave-Webb said: ‘Everybody’s been amazed, it was a bit of a tourist attraction.

‘It’s been the talk of the island for the day, but we’re hoping to go back … to weigh it and dissect it for any signs of plastic pollution.’

It’s not the first time a giant Atlantic bluefin has been spotted in the country.

‘Bluefin tuna have only recently returned to British waters since around 2013, but it’s extremely rare for one to be washed up in Orkney.’

One of the most recent sightings of the rare fish was in October.

At that time, a 6-foot-long Atlantic bluefin washed up in Fife, weighing around 245 pounds, The Scotsman reported.

While locals admitted it was a sad discovery, some fish experts were hopeful it was a sign the fish was making a comeback in the area.

‘It’s sad this one has washed up dead but hopefully this is a sign that they are making a return as there have been a number of sightings in the North Sea and off the west coast of Scotland,’ Jonathan Louis, operations and development manager for the Forth Rivers Trust, told the Scottish newspaper. 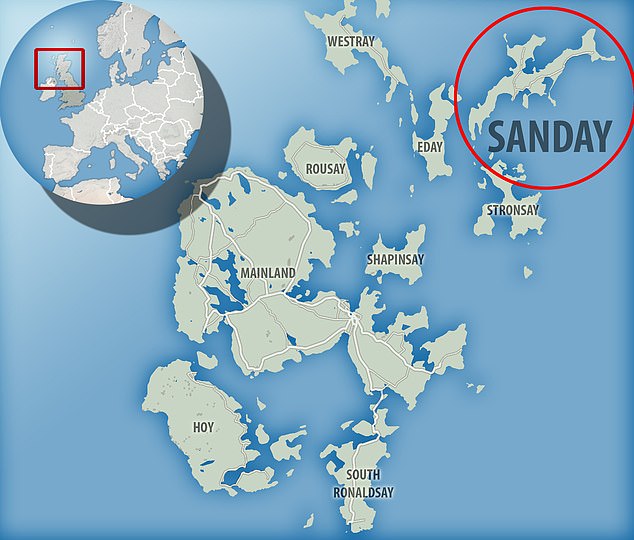