The private tomb belongs to Wahtye, a high priest who served during the fifth dynasty reign of King Neferirkare. 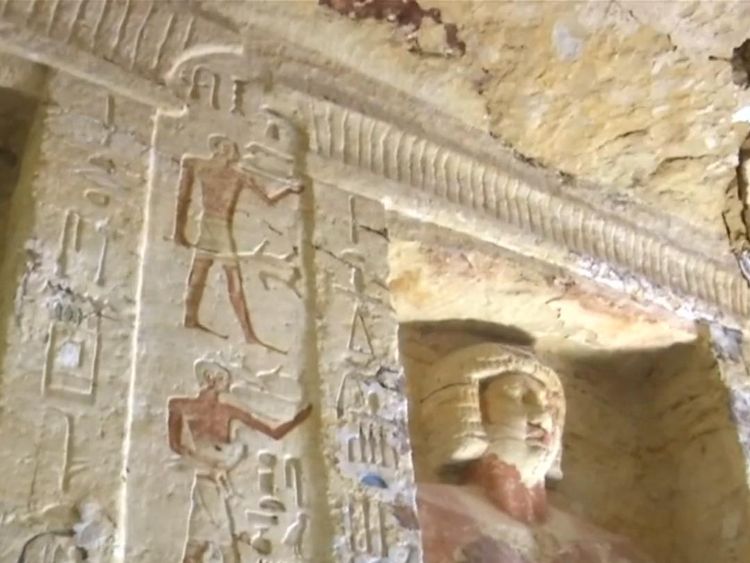 Mostafa Waziri, secretary-general of the Supreme Council of Antiquities, said the tomb was found in a buried ridge at Saqqara.

Saqqara was the necropolis for Memphis, the capital of ancient Egypt for more than 2,000 years. 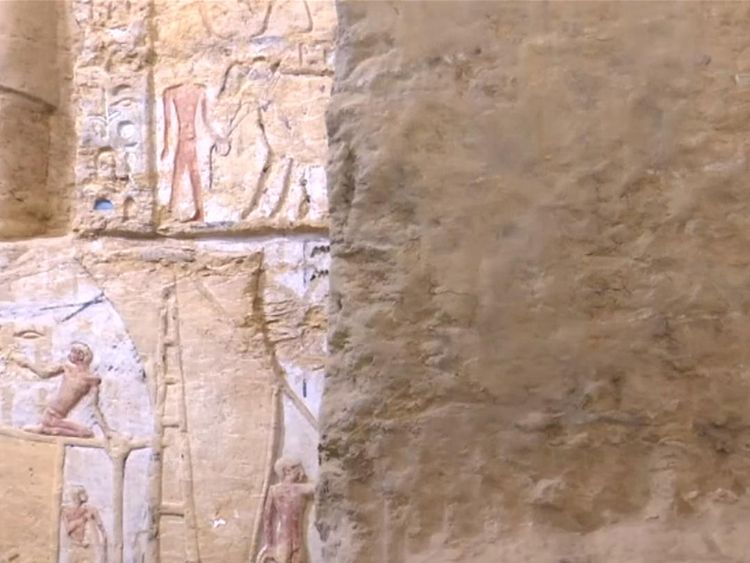 The tomb had not been touched before archaeologists removed the last layer of debris from it on Thursday.

There were five shafts found inside.

One shaft was unsealed and empty but the other four were sealed and their secrets will not be known until they are excavated over the next few days.

Mr Waziri said he hoped that one of the shafts would “lead to a coffin or a sarcophagus of the owner of the tomb”. 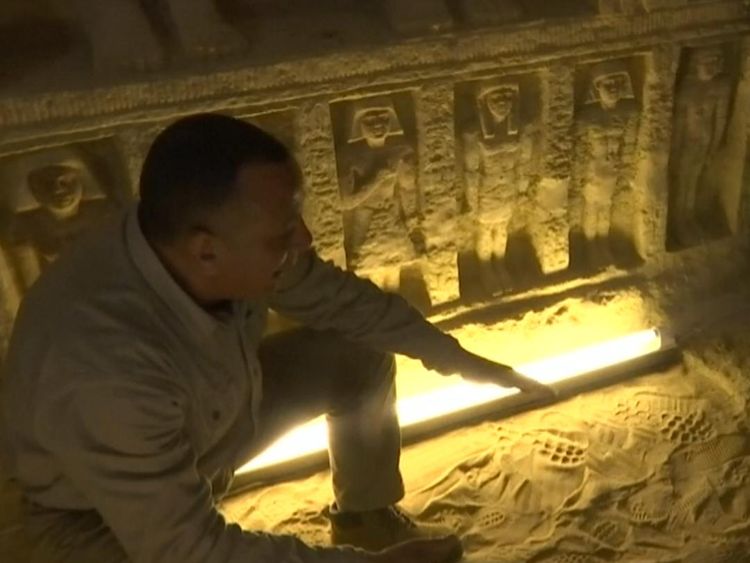 The tomb is 10 metres (33ft) long, three metres (10ft) wide and just under three metres high and was described by the ministry as “exceptionally well-preserved”.

Its decorations show the priest with his mother, wife and other family members, the antiquities ministry said.

Mr Waziri said: “The colour is almost intact even though the tomb is almost 4,400 years old.”

The discovery is the most recent of more than a dozen in Egypt this year.

In November officials announced they had found seven sarcophagi, some dating back more than 6,000 years. 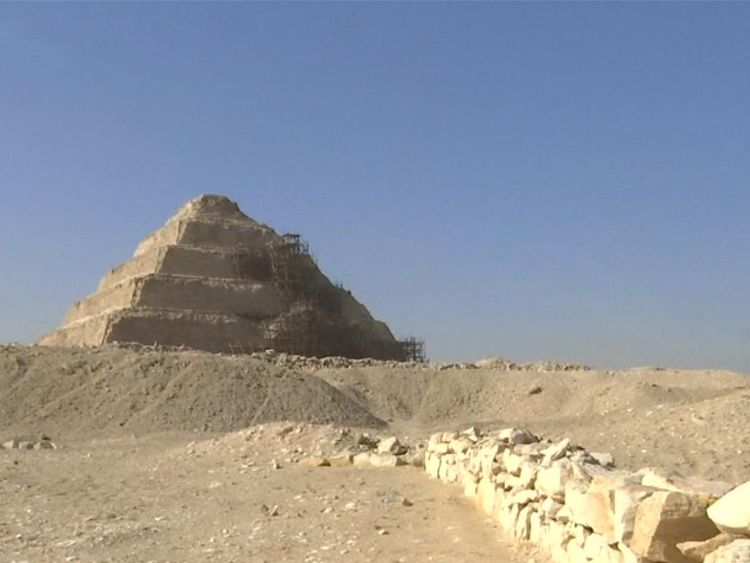 The country has worked hard to promote the discoveries to the world in the hope of attracting more tourists.

In 2010, Egypt welcomed 14.7 million visitors, according to Forbes.

But after the political turmoil following the 2011 Arab Spring, and a 2015 plane crash in the Sinai Peninsula suspected to have been terrorism, numbers fell to just 4.8 million in 2016.

Numbers have increased steadily since, with 8.3 million last year.