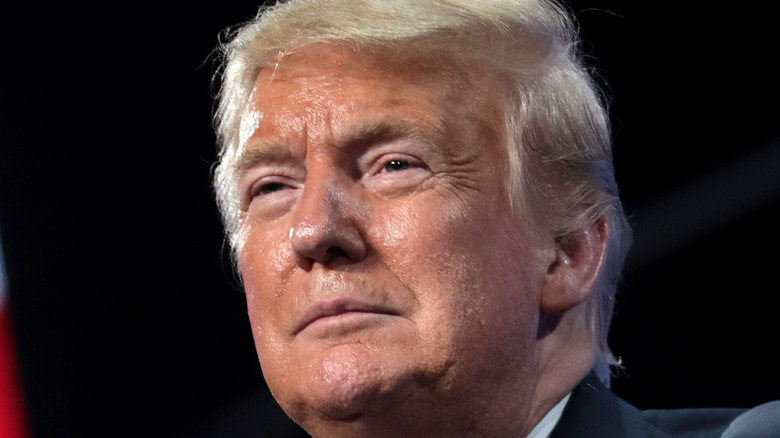 Even before Donald Trump became president, his physical appearance was a conversation topic, as people questioned his spray tan and wondered whether or not he wore a toupee. Early last year, more buzz started up as he was seen with silver hair. Was he trying to look more distinguished? Had he not been able to visit a hair salon during the pandemic? Was it, as historian Alexis Coe suggested to Vogue, a “kind of manipulation of the American public in which he is attempting to show citizens that he is suffering as well?” Or was the stress finally getting to him?

The job is a tough one, to say the least, and Barack Obama’s hair began going gray only about 40 days into his first term as president (via HuffPost). But now that Trump has been out of office for awhile, he has another new look, which is causing yet another stir. 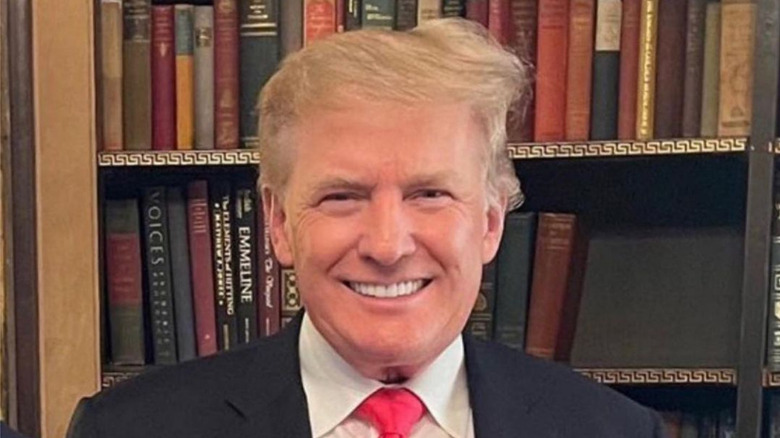 According to Business Insider, former president Donald Trump has lost around 15 pounds and is now skipping out on his signature spray tan. His advisers say that he also has been eating better, has been playing golf frequently, and that “guests frequently comment about how good he’s looking.” In particular, when House Minority Whip Steve Scalise visited Trump at Mar-a-Lago, he said the former president was “a lot more relaxed” (via The Washington Post).

Once again, people are wondering about the how and why of Trump’s new appearance. Is he preparing to run again in 2024? Did it simply seem like it was time for a change? Or has his health improved, without the stressors that come from being the president of the United States?

Two days ago, Donald Trump Jr. posted a photo of his father on Instagram, which read, “He got younger.” The caption said, “There’s some truth to this. He takes the stress, and it fuels him, and in all fairness, he took more c**p than any other president times about 1000. Others can’t handle it, and they age 20 years overnight.”