A MUM has told of her horror after her son and his pal accidentally ate 'sweets' laced with cannabis.

The boy and girl, aged eight and nine, were rushed to hospital after finding the unopened packet in Rutherglen, Scotland. 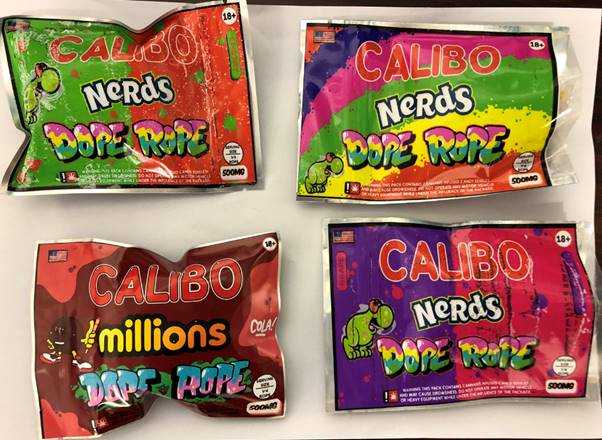 They thought that they had found a packet of the popular sweets brand, Nerds, the Mail Online reports.

But they had actually actually picked up psychoactive candy, containing 600mg of tetrahydrocannabinol (THC) – roughly equivalent to smoking 50 cannabis joints.

The mum of one of the kids now desperately wants to warn other parents in the Fernhill area.

She said: "My son was out playing with his friend and there was an unopened packet of what they thought was Nerds sweets just left at a wall there.

Both of them looked stunned, their eyes were large and they were laughing at everything.

"I've always told him not to pick things up, but you know what kids are like with sweets.

"He and his friend ate them while out playing.

"When they came back to the house me and his friend's mum realised there was something wrong."

"Both of them looked stunned, their eyes were large and they were laughing at everything," she added.

"I said to my friend that it was like they were high, but I never thought they actually were.

"We had to take them to hospital as they were getting worse. That was when he mentioned they'd found this candy."

The mum said that one of the nurses they spoke to said this wasn't the first case they'd seen like that recently.

She added: "His friend had it worse then he did, she was screaming out in the hospital and was in a bad way.

"My son is still a bit confused about it, and he's not wanting to eat any sweets or anything like that as he's worried it'll happen again.

"I'm still in complete shock that this has happened because it's not something I'd heard of before, where they're designed to look like normal kid's sweets. I just want people to be aware things like this can be found out there."

One of the children had to remain in hospital overnight after suffering a bad reaction.