Conor McGregor is so insistent that he didn’t tussle with Machine Gun Kelly at the 2021 MTV Video Music Awards that he has decided to invite the singer to his next professional fight.

The Irish MMA fighter, 33, extended an olive branch to Kelly, 31, while appearing on Adam Glyn’s “Adam’s Apple” on Tuesday, saying the “Paperclips” rocker and his girlfriend, Megan Fox, are more than welcome to join in on the fun.

“It’s all good. Come to the next fight,” McGregor said. “They’re more than [welcome]. Come watch me perform any time. I’ll perform, no problem.

“Everyone is more than welcome to come to my fights and come to the shows.”

Born Colson Baker, the “Tickets to My Downfall” crooner and Fox, 35, regularly attend big UFC events and were cage-side for McGregor’s UFC 264 trilogy fight with Dustin Poirier in July.

Despite photographic and video evidence, the athlete maintained he and Kelly didn’t scuffle at Sunday’s awards show.

“[There’s] no beef. I don’t even know the guy. I don’t know him. Who is he?” McGregor asked. “He’s supposed to be at the fights. Megan’s been at the fights [for] years. 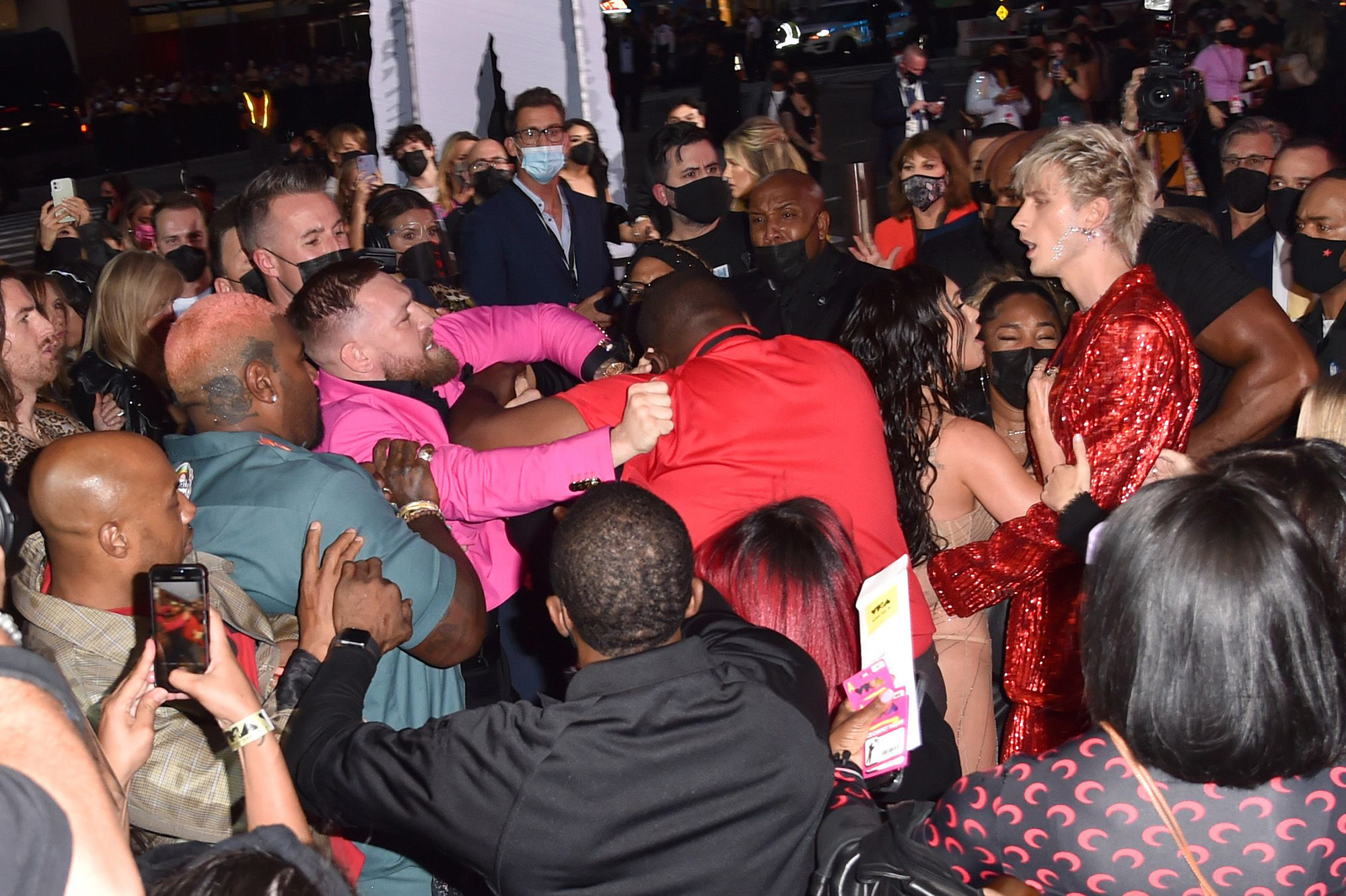 “So I know Megan. I don’t know the guy. There’s no problem,” he continued. “Come to the fights. No problem.”

Both Kelly and McGregor seemingly brushed off the fight the next day, as Kelly was performing in Central Park and McGregor was photographed making out with his fiancée, Dee Devlin, while having dinner on the Upper East Side.

The “Bloody Valentine” performer has declined to publicly comment on the melee, choosing instead to hit a reporter’s microphone when asked about it.