Both Zoe Kravitz and her mom, Lisa Bonet, were in High Fidelity, only 20 years apart. Bonet was in the 2000 movie adaptation of Nick Hornby’s book. Kravitz stars in Hulu’s streaming series update of it, as the lead character Rob. Rob was originally a man in Hornby’s book and John Cusack played him in the movie.

Kravitz is Rob, the record store owner and DJ who uses music to cope with her breakups. Rob analyzes her five most significant breakups to find out what she’s doing wrong in relationships. In the movie, Bonet played a love interest for Rob. Kravitz was on a Television Critics Association panel discussing her new show. High Fidelity is now streaming on Hulu.

Any adaptation, let alone a gender flipped one, goes back to the original author. Kravitz said Hornby’s reaction was the most important, and now he’s a producer on the Hulu incarnation of High Fidelity.

“I didn’t talk to John Cusack,” Kravitz said. “I talked to [the film’s director] Stpehen Frears a bit and I talked to Nick Hornby a lot. He was a producer on the show and me and him would exchange playlists and talk constantly. We became very close over the process. To me, obviously, we wouldn’t be here without him so having his blessing and his input was really important to me.”

Born in 1988, Kravitz would have been 11 when Bonet filmed High Fidelity. She was not joining her mother on movie sets at that age.

“No, I didn’t go,” Kravitz said. “It was in Chicago. I think I was in school here in L.A. and I probably stayed with my grandmother or something, but I remember her going to shoot it.”

Lisa Bonet was mellow about the new ‘High Fidelity’

When Kravitz got the Hulu High Fidelity show, she and Bonet did not make too big a deal about it, but Bonet was supportive.

Zoe Kravitz made her own Rob

Even though Rob’s love life is in the same state and her obsession with music remains, Kravitz had a lot of room to make Rob her own. Another way she made Rob distinct was in how she dresses in 2020. 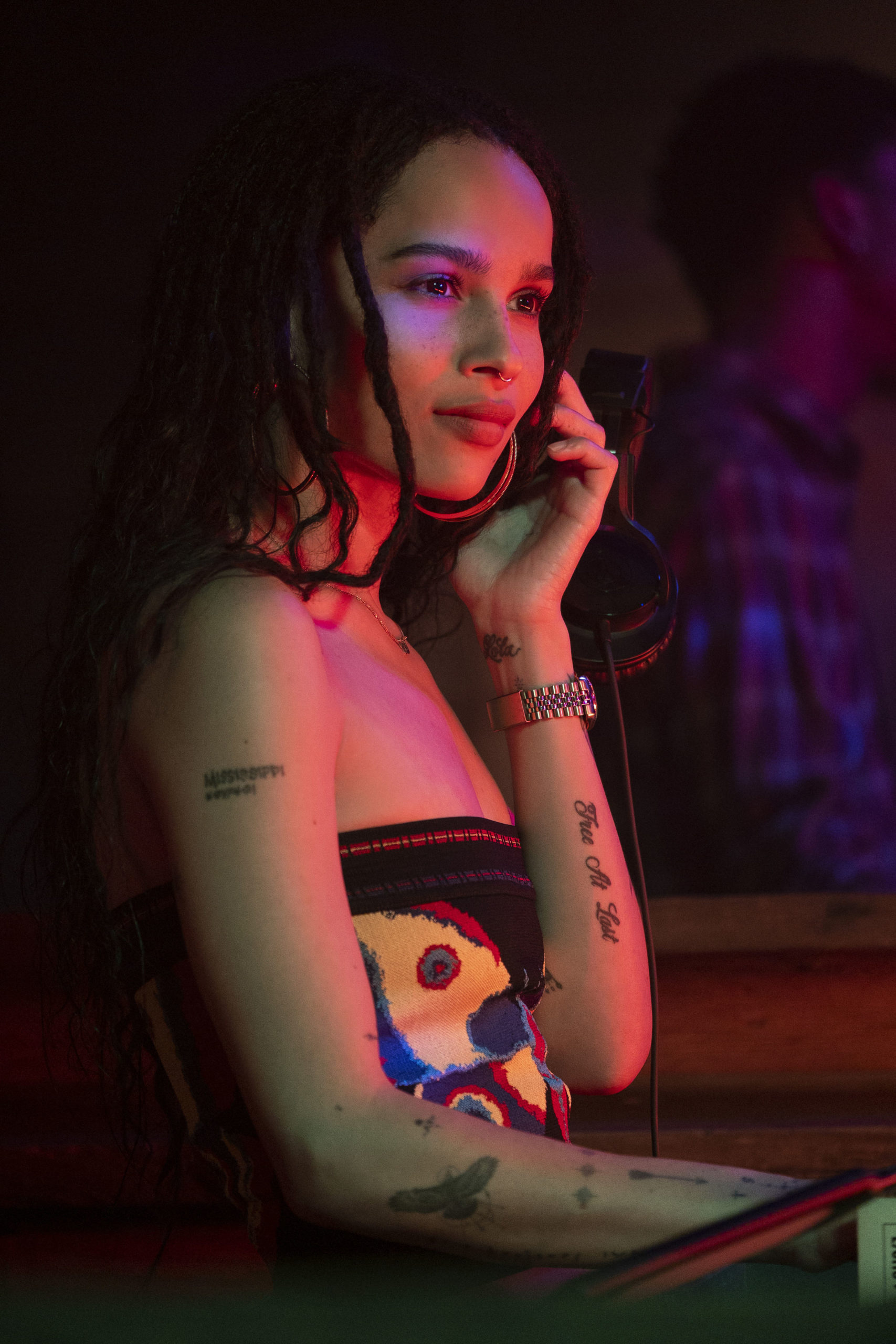 “I wasn’t dressing like myself but it was important for the look of the show, the look of Rob to be very specific. Sex and the City was a huge influence for me. I think the way Carrie dressed was almost like another character in the show. It made it so fun to watch and to see what she was going to wear next. I wanted to try and create something that had a similar effect. So it’s not like me but I like the clothes. I would wear them.”