Jimmy Hurdstrom (played by Jefferson White) has been put through the wringer of late on Yellowstone. After recovering from a life-threatening rodeo fall early in season three, Jimmy defied boss John Dutton’s (Kevin Costner) pleas to give up the sport and decided to jump back in the saddle in the finale thanks to words of encouragement from girlfriend Mia (Eden Brolin). But even if Jimmy survives the fall which left him unconscious at the end of the third season of the Paramount drama, an exit from the ranch with Mia in tow could well be on the cards in season four.

Jimmy has been on quite the arc since being brought to the Yellowstone ranch by Rip (Cole Hauser) in the first season.

A complete novice to the cowboy way of life at first, Jimmy has matured into a capable rancher and even more impressive rodeo rider.

But just as he settled into his new way of life alongside his fellow ranchers and the Dutton family, Mia entered the fold to change his way of thinking.

Mia approached Jimmy at a rodeo and sparks quickly began to fly, which ultimately resulted in him being too distracted to compete and ending up in hospital with a number of crippling injuries after falling off his horse. 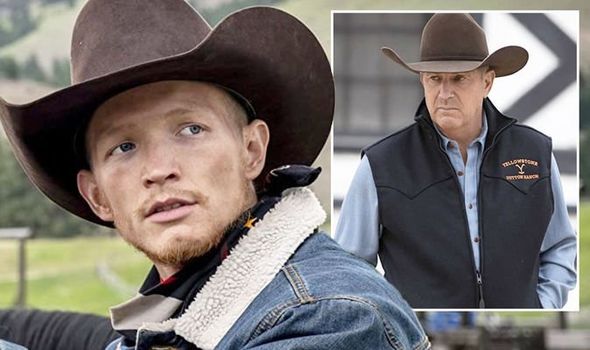 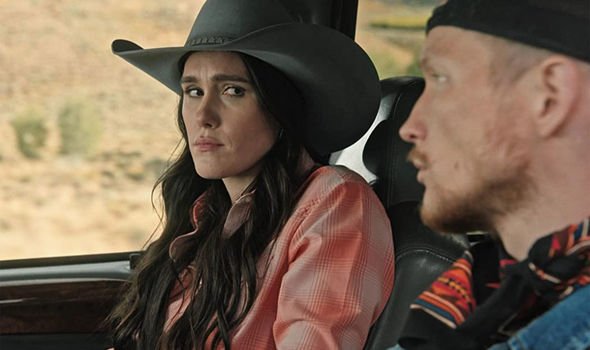 Mia stayed by his side throughout his recovery but noticed how Jimmy’s passion still lied with the sport – even though John had warned him not to compete again after he paid for his medical bills.

Jimmy eventually decided to get on the saddle in the season three finale even though it was clear he hadn’t fully recovered and the last fans saw of him, he was lying unconscious on the ranch.

Even if Jimmy were to survive in season four, it’s highly unlikely Rip and John will be as understanding and caring of his injuries as they were the first time around.

However, Jimmy could take the decision regarding his future on the ranch out of the Duttons’ hands by upping sticks and leaving with Mia thanks to a huge clue dropped by actor White. 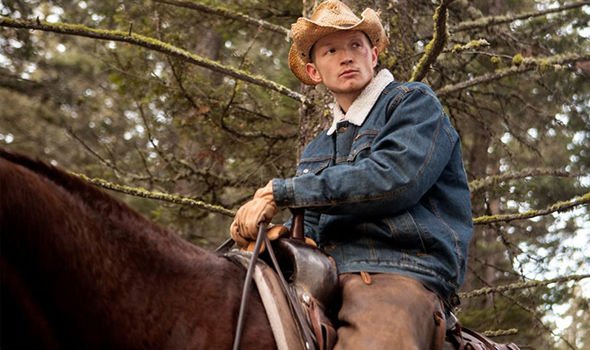 Speaking on Paramount’s Stories from the Bunkhouse, White and his co-stars delved into the details of Jimmy’s choices ahead.

White said: “I think for Jimmy, he has always just kind of gravitated towards the strongest voice in the room.

“He’s always just clung on to any port in the storm and Rip and Lloyd (Forrie J Smith) have been so kind to him, even when they’ve been difficult taskmasters,

“And I think this is the first time in Jimmy’s life that he has the luxury of choice and the privilege of choice and to be confronted with that is kind of terrifying.”

Explaining further, White added: “I think for the first time he has to ask himself what Jimmy wants, not what his boss wants.”

The Jimmy star concluded by saying Mia had given his character a “reason to recover” from his second life-threatening fall.

So could this be the biggest hint yet that Jimmy is ready to leave the ranch behind for a life with Mia?

After all, it became clear as season three progressed that Mia wasn’t exactly on-board with how the Duttons operate their ranch.

She took particular issue with the branding process of the ranchers and John’s insistence that Jimmy stops riding.

Given Jimmy was willing to risk his life on horseback for Mia, surely he’d listen to her if she encouraged to leave.

And given White suggests Mia is the only reason Jimmy has to recover, it’s highly likely she’ll take priority in his life going forward.

Yellowstone season 4 premieres on Paramount Network in the USA in 2021.