We may not know who’s judging the series just yet, but at least now we do know one thing about 2018’s series of The X Factor: the arena auditions are coming back.

After a two-year break where X Factor hopefuls were back to performing only in front of the judges in a private room, it’s now been confirmed that in the upcoming series contestants will be performing their audition for the judges in front of a live crowd of thousands of people.

As well as proving to the judges that they have what it takes to perform on stage in front of huge crowds, the live arena auditions also has the benefit of letting the judging panel know how the general public are feeling about an act more or less straightaway.

We mean, the crowd certainly seemed to like a contestant by the name of Olly Murs in this clip:

We wonder what happened to him…?

Performing live in a packed arena is a once-in-a-lifetime opportunity for many of the acts who audition for The X Factor, so it’s sure to be a great way of seeing who can bring the right kind of energy to the stage.

It marks the latest change for the ITV reality show after it underwent a bit of a revamp for last year’s series, including a shorter run of live episodes, eliminations on both Saturdays and Sundays and no more sing-offs. 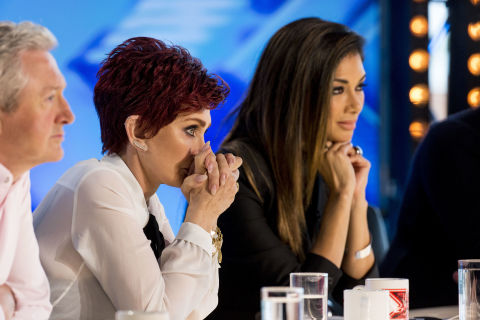 Another change hitting the 2018 series has seen ITV take the show abroad, with open auditions taking place on the sunny shores of Benidorm and Tenerife too.

So all we really need now is a confirmation of who’ll be on the judging panel this year. We’re ready when you are, ITV.

Auditions for the 2018 series of The X Factor are now open over on the ITV website, and you can also apply at the open audition dates or via WhatsApp, by sending your application to 07733 222 927.

The X Factor returns to ITV later this year.