The Marvel Cinematic Universe has been a galvanizing cultural phenomenon for over a decade, but it doesn’t have a monopoly on world-building, or even offer the best example of its potential. Sure, there’s a giddy rush that comes from watching Spider-Man swing his way into the Avengers as the team assembles for one movie after another. The ultimate experience, however, boils down to a familiar one — a giant blockbuster spectacle is still just that, even in episodic form.

Other filmmakers working well beyond the constraints of Hollywood may not have the resources to develop sprawling multi-part epics, but they’re applying the concept in more personal and innovative ways. Several highlights from this year’s Cannes Film Festival build on previous work from their directors by either continuing stories started in earlier work, or adding new dimensions to environments they’ve explored before. As a whole, they offer a refreshing contrast to traditional franchises by emphasizing creative inclinations over IP exploitation — the opportunity for stories to develop a dialogue that spills over from one movie to the next.

Jonas Carpignano has been doing this for the bulk of his young career. The Italian director has been premiering his movies at the festival since his jolting 2015 debut “Mediterranea,” which followed a pair of African immigrants as they endured a perilous journey across the ocean to Italy, where they struggled to find stability in a low-income community. Carpignano’s absorbing neorealist depiction continued apace with “A Ciambra,” which took place against the same backdrop of the title neighborhood, where Romani immigrants work alongside the Mafia to get by as their African neighbors contend with their unseemly place in the hierarchy.

Having established the milieu in such vivid terms, Carpignano introduces a fresh perspective with “A Chiara,” his most accomplished entry to date. The drama (which, like its predecessors, premiered in Directors Fortnight) stars remarkable newcomer Swamy Rotolo as the eponymous 15-year-old teen, the child of a wealthy Italian family ignorant to the roots of her family’s wealth. One night, in a breathless assemblage of handheld camerawork and shadowy reveals, Chiara witnesses her father (Claudio Rotolo) make a dramatic escape from their home and head into hiding; with time (and news reports), she learns that he’s suspected of organized crime dealings, and heads into detective mode as she interrogates her local community to track him down.

“A Chiara” is a gripping and unpredictable coming-of-age story well within its first act, but the movie unites with the themes of Carpignano’s previous films once Chiara makes her way to the Romani community to follow a lead on her father’s whereabouts. It’s there that she encounters some familiar Romani faces from the Carpignano Cinematic Universe, and develops an acute awareness of the underprivileged survivors whose entire existence has been invisible to her for the duration of her life.

Over the course of several daring confrontations, Chiara’s understanding of her privileged life has been upended by the jarring realities of struggles much more immediate than her own. The brilliance of this revelation comes from the way Carpignano established it in matter-of-fact terms with his earlier entries, so that the drama involves Chiara’s developing awareness rather than operating within those limitations itself. The movie doesn’t sympathize with her limited understanding of socioeconomic inequalities; it uses them as a starting point, then explores the way the rest of the world tries to pretend they don’t exist.

A different form of world-building drives Joaquim Trier’s Cannes Competition entry “The Worst Person in the World,” the alleged final chapter in the Norwegian director’s so-called “Oslo Trilogy.” Unlike Carpignano, Trier’s three movies don’t contain overlapping characters, but they engage in a striking form of complimentary dialogue that goes back to his 2008 debut “Reprise.” 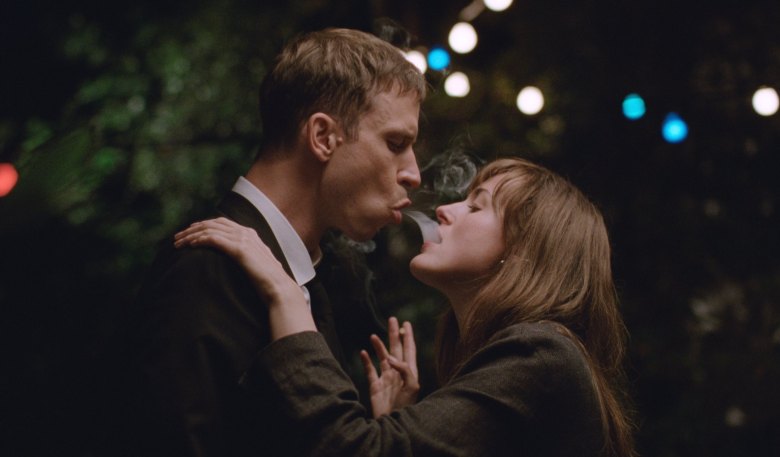 “The Worst Person in the World”

There, Trier followed a pair of young aspiring writers through a seriocomic journey of self-reflection. With 2011’s “Oslo, August 31st,” Trier dialed back his sly comedic sensibilities for a transfixing slow-burn drama about the day in the life of a heroin addict. The two movies have so little in common tonally they may as well have been made different filmmakers, but “The Worst Person in the World” consolidates their disparate approaches: It’s simultaneously a whimsical, layered account of a neurotic young woman (astonishing breakout Renate Reinsve) and a pensive, sometimes tragic look at learning to live with compromises.

All three movies feature Anders Danielsen Lie in central roles, though he starred in the previous entries and here plays a successful cartoonist named Aksel who seduces the much younger Julie before she tires of his desire to settle down and start a family. Lie’s character evolution across the Oslo Trilogy is a riveting story unto itself, as Trier uses the performer to explore the travails of aging more or less in real time.

But its centerpiece is Reinsve’s Julie, who struggles through 12 voiceover-heavy chapters that find her searching for her creative identity as she drifts from one romance to the next, uncertain about her priorities and trying her best to live in the moment. Stylistic twists abound, from the world freezing in place when Julie flees her current relationship for another, to a bad mushroom trip that ends up looking like Ralph Bakshi’s version of “Under the Skin.” The experience is brimming with enough innovation to disguise a fairly subdued narrative trajectory, but it’s hardly style over substance in a movie engineered to imitate its protagonist’s ever-evolving worldview.

Collectively, the Oslo Trilogy (which Trier wrote with Eskil Vogt, who’s making his Cannes 2021 directorial debut with “The Innocents”) does that as well: Trier was in his early 30s when he made the first installment, and he’s nearing 50 now. “Reprise” was filled with a snarky attitude about the overt seriousness of adult responsibilities, while “Oslo, August 31st” felt like a feeble statement of resistance from someone terrified by the march of time. “The Worst Person in the World” plays like the final acknowledgement from the same storyteller that the world will change you no matter how much you think you can outsmart its twists. It’s both playful and sad, a worldview that could only have been possible because Trier has built a world to support it.

No Cannes entry, however, does a finer job of building on its existing foundation than “The Souvenir: Part II,” British director Joanna Hogg’s riveting finale to her most personal drama. While the initial 2019 entry divided audiences, there was no doubting that the subtle drama, which featured Honor Swinton Byrne as a fictionalized version of Hogg, assembled an engrossing account of the character’s ill-fated relationship with a dashing young drug addict (Tom Burke). Their dynamic built to a tragic finale, but closed with Swinton’s soul-searching character — oddly enough, also named Julie — gazing out at a better tomorrow as she contemplated her future as a filmmaker. 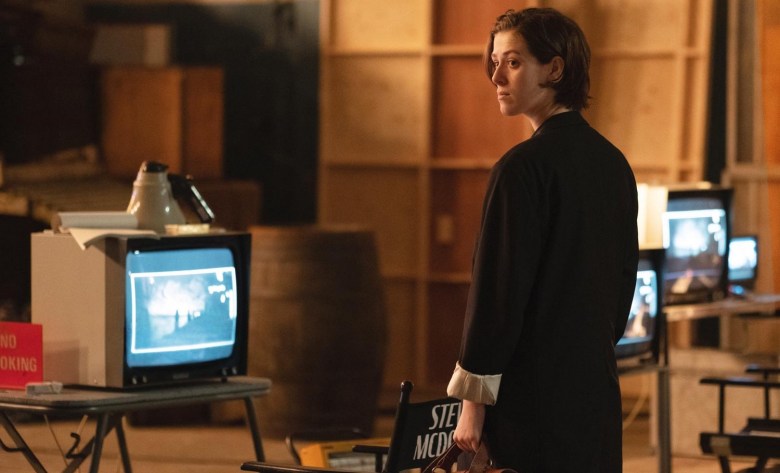 “The Souvenir; Part II” takes that potential and runs far with it, as Julie dives headlong into her cinematic ambitions by researching a project based on her experiences in the first entry. The meta layering doesn’t stop there, as Hogg stops just short of inserting herself into the frame for a riveting, dreamlike finale that elevates the whole endeavor to a higher plane as it follows Julie into a hybrid of fact and fantasy, even playing off our own memories of the earlier installment. By its end, the movie has transformed into a broader treatise on the act of self-preservation through storytelling itself.

Like most MCU movies, the second “Souvenir” entry benefits from a familiarity with the first, but Hogg’s work doesn’t have the heft of Disney to make it widely available. (In fact, the first part never received a proper release in France, and screened at Cannes 2021 alongside the newer entry in an effort to change that.) Together, these rich, enigmatic features showcase Hogg’s longstanding ability to build mesmerizing and atmospheric stories about the solitary nature of everyday existence, and the way it can obscure the bigger picture. But that’s certainly not true for “The Souvenir: Part II,” which clarifies the trajectory of the first part by revealing its complete form. Some sequels are better than the original; this one puts the original in its place.