And off screen you wouldn’t want to mess with her either. In her ballsiest ever interview, the 57-year-old Sky News presenter tells The Sun how she once squared up to a fellow party guest after he inappropriately touched her at an industry event.

She says: “I’ve always spoken out. I’ve never tolerated bad behaviour, even when I was at my shyest.

“I remember once saying to some bloke who stroked his finger down my spine at a party, ‘If you do that again I’ll punch your f***ing lights out.’

“I think he was left in no doubt that it was an inappropriate action. Maybe other women would have felt so intimidated that they couldn’t do anything about it. 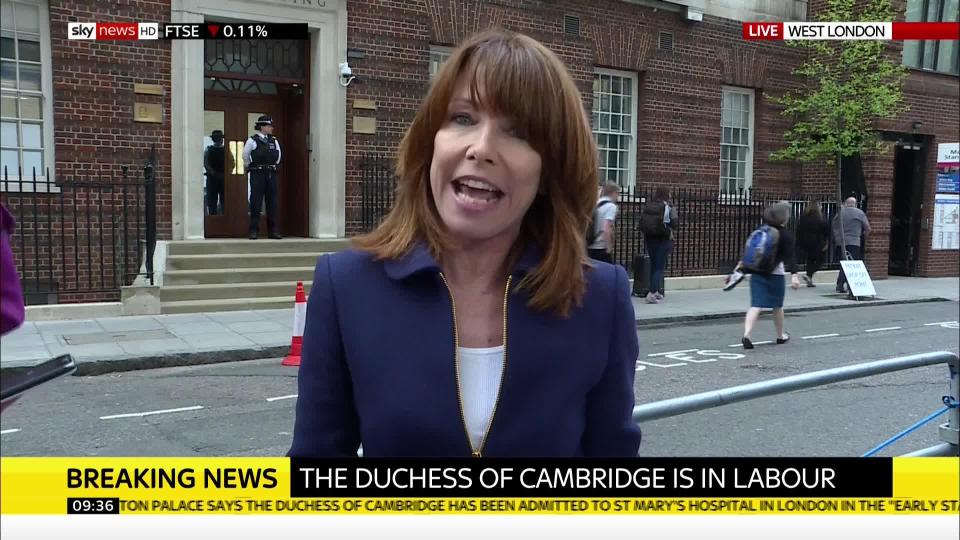 Her straight-talking response to the incident, which occurred 20 years ago, will hardly surprise viewers, who have seen her cover huge news events, from the death of Princess Diana to 9/11 and the Iraq invasion.

And it seems her many admirers are not in the least put off by her no-nonsense attitude — in fact she has attracted legions of dedicated fans, both male and female.

Moreover, Kay laps up the attention — even if her 25-year-old son Alex finds it unbearable.
She jokes: “Women say either, ‘I want to be you when I’m older’ or ‘I’m your age, you inspire me’. Or young girls say, ‘Will you be my mum?’ 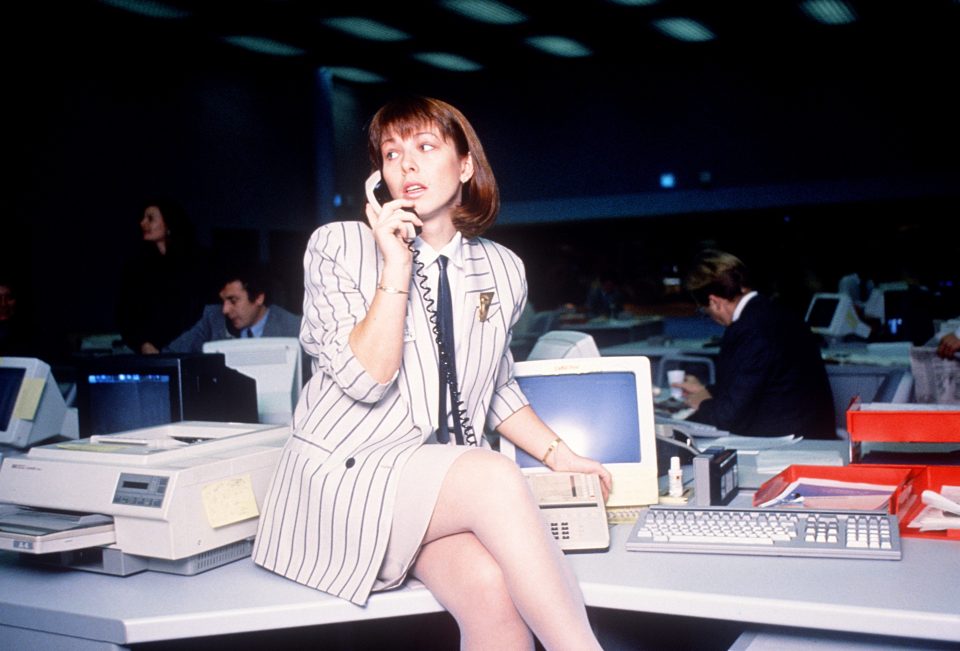 During her 30 years on air Kay has also made politicians stumble, turned reality TV stars into sobbing wrecks and caused chief execs to squirm.

Even so, she insists she doesn’t like confrontation beyond the TV studio. She says: “I’ve probably softened a bit and matured as I’ve got older.

“I’m sure a lot of my interviewees wouldn’t necessarily agree with me on that. But I’m much softer in person than I am in my public life. I don’t go for confrontation in my personal life.”

On making Peter Andre cry during a 2010 interview when she brought up ex-wife Katie Price’s marriage to cage fighter Alex Reid: “Peter had a book that he wanted to publicise and he came on to talk about that but I’d told him I was going to ask him about the children.
“We were both surprised that he cried. But thankfully there was an upside in that he did make the front page of all the papers the day after, and it wasn’t just his wife.”

On calling an activist “a bit of a knob” during the 2014 Scottish Referendum: “I laugh at it now. He did look like a bit of a knob. Of course, I wouldn’t have said it if I’d known my microphone was live.”

On tweeting a photo of a dog captioned “Sadness in his eyes” after the 2015 Paris terror attack: “I completely stand by what happened and there is a picture of the dog next to an old lady.
“It was her dog, and she was in floods of tears. Being an animal lover, I know that dogs pick up on your emotions.”

On “strangling” a photographer outside Naomi Campbell’s court hearing in 2008: “I was walking with Naomi. I was hit in the face with a camera, I had my cheekbone chipped.
“I had a black eye the day after. I think again, with hindsight we both behaved in a way that we wouldn’t do again.”

On being called “a bit dim” by MP Chris Bryant in a 2010 interview: “We often see each other, we’re bezzies now.
“I also introduced him on his latest book launch and I said, ‘I can’t really read this because the light’s a bit dim.’ We just make a joke out of it.”

Indeed, Kay shows a much softer side during our interview, which is taking place the morning after her first ever award win.

The Wigan-born telly veteran fended off tough competition from the BBC’s Laura Kuenssberg and Katya Adler to win Broadcast Journalist of the Year at the London Press Club Awards this week.

She is visibly delighted and tells me: “I’ve never won an award ever before, ever, on my own. 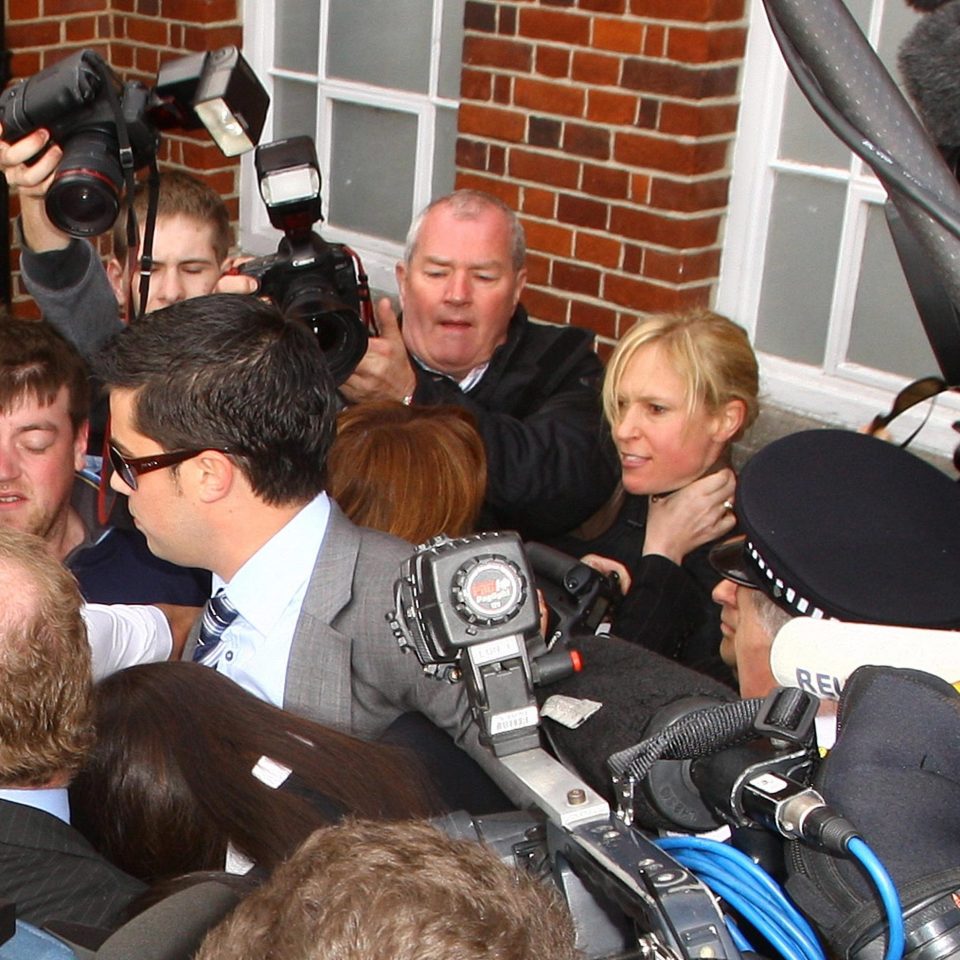 And right now there is no stopping Kay, who reckons she still feels like a teenager. She says: “I think I know myself better every single year.

“I recently gave up sugar and I lost 20lb. I realised that I look quite good and quite sassy.”

Looks are clearly important to Kay, who is incredibly open about receiving help from a “third party” to keep her looking her best. She has admitted treating herself to a £10,000 facelift for her 50th birthday and now she has topped it up with Botox. 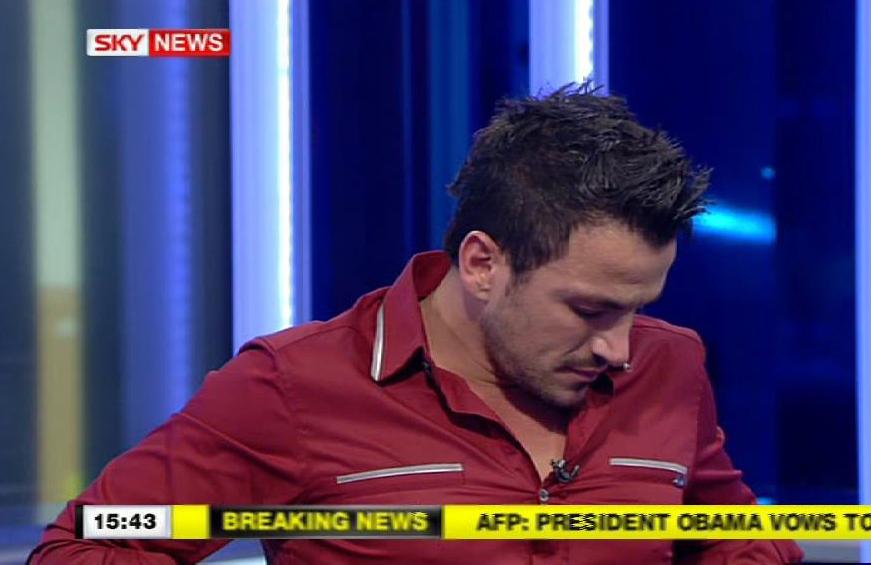 She says: “Well, I’m very happy. I had a lower face lift when I was 50 and people always say, ‘Would you have another one?’ And I say, ‘Of course, never say never.’

“If I feel I need to have a bit of work done then that’s what I’m going to do. I had Botox for the very first time about six months ago and I’m very comfortable with that as well.

“What I would say to women is that if they are thinking about having work done, make sure you go to the best person that you can afford.”

But she has no shortage of friends, such as airline pilot Jonny Knowlson, 30, who has accompanied her to several showbiz parties. 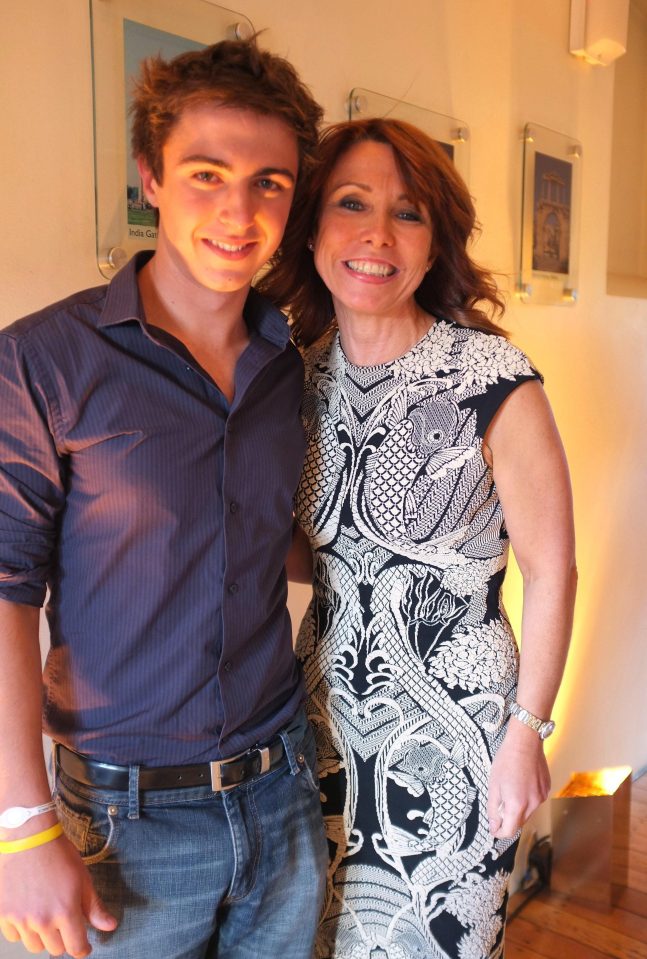 Kay is adamant they are “just really good friends” and says: “Jonny has a girlfriend, Clare, who I adore. They’ve been together 12 years.

“In fact they were up at the house with me this weekend — I’ve got a house in the country.

“They came up, and it was great. We had a house full of people, maybe 15 or so. It was amazing.

He’s just become an incredibly good friend and so he comes out to events with me. He is the most handsome walker.

“People can speculate as much as they like. We know Clare’s happy, I’m happy and Jonny makes me laugh.

“And he loves going to (London club) Freedom and dancing on tables, like I do. So that’s what we do.”

Kay is reluctant to talk about her love life in detail, but she teases: “I can tell you I’m not without suitors. I do all right.”

She was introduced to Jonny, who is also pals with her son Alex, after British Airways approached her last year about her fear of flying.

He was one of four pilots to help Kay deal with the phobia, which came out of covering the horrors of the 9/11 tragedy, and the pair have remained firm friends since.

She says: “I couldn’t allow myself to process that emotion for a long time because I was on air, then I was suppressing it.”

By her own admission her phobia has not been completely beaten, though she is much better at dealing with it.

She adds: “I’ve got my comfort blanket but I also have two diazepam and three gins. I was on my way to South Africa the other day and Naomi Campbell was on the same flight.

“I waved and then I fell asleep and she sort of shook me to say, ‘Hi Kay, Hi Kay.’ But I’d already had my diazepam and my gin and I was like, ‘I’ll talk to you in the morning over breakfast, Naomi.’ I’m getting better but the phobia is very much alive.”

For the foreseeable future she plans to stay at Sky, despite big-money offers from other networks and abroad. Kay, whose first TV reporting job was on ITV breakfast show TV-am in 1985, says: “Everyone has tried to get me.

“Eamonn Holmes always used to say if you cut me in half it would say Sky. And that’s how I feel.

“They’ve looked after me very well and I’m a big believer in loyalty, both at work and in my personal life.

“I’m the one that, if you’re in trouble you can ring me at three o’clock in the morning and I’ll come and bail you out. Once you’re on the inside, you’re in. And it’s the same with work.”