There are few novels more quintessentially English than Penelope Fitzgerald's The Bookshop, which parses the workings of class, politics and power via the slender story of a woman trying to open a village bookshop where other people think she shouldn't.

The year is 1959. Post-war rationing is over, but London has yet to get swinging. Tea is served punctually at four. Most crucially, nobody ever quite says what he or she means, so the factional struggle brought to a head by Florence Green's dream is pursued under the cover of elaborate politeness and tight smiles. 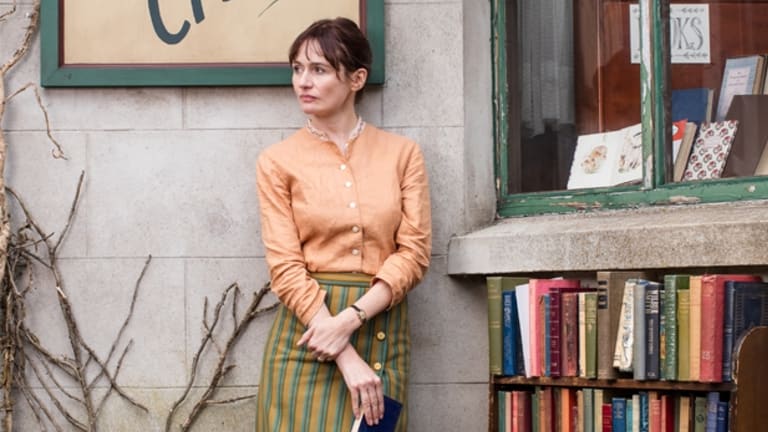 Emily Mortimer comes up against a village bully in The Bookshop.

So much Englishness did not deter Catalan filmmaker Isabel Coixet. "I have to say I am really a fan of that period in the history of England," she says. Kingsley Amis, Philip Larkin and the film directors Michael Powell and Alexander Mackendrick: she loves the culture of all that in-between time. 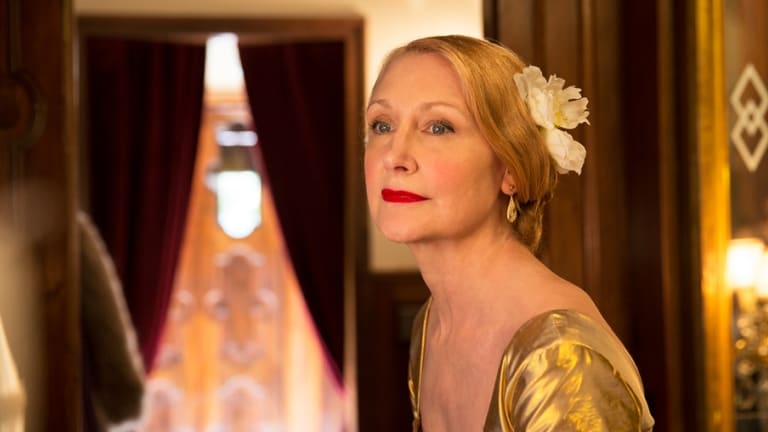 It hasn't seemed so natural to many British critics, who have accused Coixet of painting a fancifully cosy view of village life and of letting the actors take their accents anywhere their origins take them. But there is no faulting Emily Mortimer as Florence, who hopes that running a bookshop will help her reconcile to the early death of her bibliophile husband. As the daughter of barrister and Rumpole author John Mortimer, she grew up surrounded by books.

"He was the one who read to me: Sherlock Holmes and P. G. Wodehouse and Dickens. And Dickens is still my favourite novelist and I'm sure that's because of my dad," she says. "I guess it's ageing me, but I don't know how to work a Kindle. Well, I've never tried. I like how a book goes through a few weeks of your life and becomes swollen with grime … and then sits on your shelf as a marker as to what was happening in your life when you were reading it."

Florence walks into a fight without realising it. She buys a crumbling building that has been vacant for years and starts ordering everything from classics to troubling new authors such as Ray Bradbury. A whole window display is given over to Lolita, which is something of a wicked thrill for the town.

What Florence cannot know is that the town's queen bee, Violet Gamart (Patricia Clarkson), harbours her own plan to turn this ancient building into an arts centre and will use all her connections, including a supercilious nephew carving out a career as a young Conservative MP, to bring it to fruition. The grand Gamart also has the power to take the top end of town with her; one exception is Edmund Brundish (Bill Nighy), a reclusive widower who may order his parcels of books in plain brown paper to be brought by a delivery boy, but clearly likes Florence's spirit. 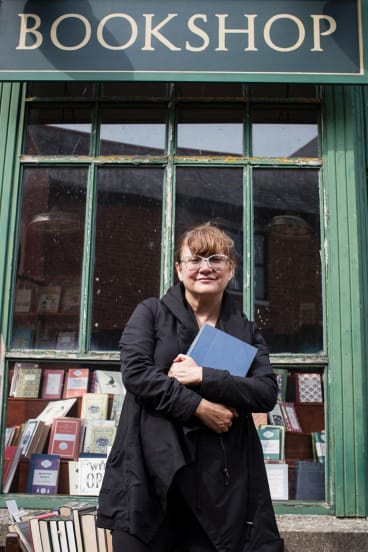 Director Isabel Coixet on the set of The Bookshop.

When it comes to it, however, books versus arts hardly seems like much of a conflict. Shouldn't these people be on the same side? "I think that's what's so wonderful, actually," says Mortimer. "That's why I think Penelope Fitzgerald is so brilliant: that the paradox or irony is that these people kind of want the same thing. It's just that one person is a bully and she has decided she doesn't want the other person to get her way." It is also a reminder, she adds, that our similarities are much greater than our differences.

That may be true as a general rule; it is even more likely to be true of fiction readers and lovers of chamber music, but that is not what the fight is about. The most cogent criticisms of the film have pointed to Coixet's failure to plumb the social and political differences that existed in 1959, that still exist and that cut very deeply into British life. "Fitzgerald's story ruefully pits conservative, heritage-fixated nostalgia against liberal progressiveness," wrote Variety's UK critic, "but that subtext runs hot and cold on screen."

That battle is represented, however, by Lolita. Vladimir Nabokov's scintillating novel about a paedophile, written in confessional mode, was published in France by the largely pornographic Olympia Press in 1955 and was a banned import until 1958. When the ban was lifted, partly because of support from such unimpeachable literary sources as Graham Greene, Lolita became an immediate best-seller. Conservative critics were enraged; the Sunday Express editor described it as "the filthiest book I've ever read".

Coixet doesn't feel the need to explain this to the back of the class; our knowledge is presumed, the mere sight of the book's title signalling the new and startling things destined to stir up this green and pleasant land in the decade to come.

"I read Lolita when I was 16 with a dictionary beside me, because I didn't understand all the words." Books are pathways, she says, to other ways of being, to dangerous ideas; a life spent reading is not a sheltered life.

"For me, Lolita was an opening to the world. Maybe I was naive at the time – maybe I still am – but to me it is a masterpiece. When you think Nabokov wrote that book when he was learning English at 23! If he can do that, I can direct The Bookshop."

Mortimer had also seen how dangerous books could be. "My dad was a great proponent of free speech and defended a lot of pornography," she says. "Florence Green was selling Lolita in her bookshop which was a very radical act in the 1950s, particularly in a small, sleepy English town. But, you know, I wonder whether it would even be published today: a book about a middle-aged man in a physical relationship with a very underage girl. And I think it is important to talk about the fact that books can sometimes be morally ambiguous and threatening and transgressive. That's an important part of what literature offers and I think that's kind of an interesting question for today."

The Bookshop opens on May 24.