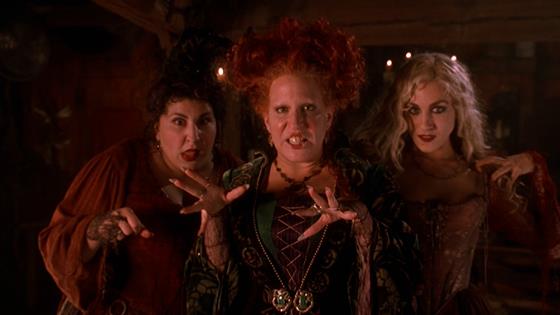 For 25 years, Disney has held a spell on audiences come Halloween, thanks to Hocus Pocus, the cult classic family comedy about three witches (played to campy perfection by Bette Midler, Sarah Jessica Parker and Kathy Najimy) who just want to suck the lives out of little children and live forever. Since its debut 25 years ago, Hocus Pocus has become the definitive Halloween movie and a pop culture staple; a mainstream cult classic for the social media generation.

But when Hocus Pocus first premiered in 1993, it had all the markings of a flop—and kind of was one at first. So what changed? 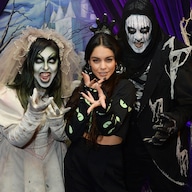 Thora Birch, a childhood crush and icon to many who grew up in the ’90s, give a lot of credit to good ol’ nostalgia for the decades-spanning durability of Hocus Pocus when E! News spoke to her at the taping of Freeform’s Hocus Pocus 25th Anniversary Halloween Bash.

“I think we’re in the middle of a lot of ’00s love right now. I think the energy of the film—the performances, the set, it’s all part of a lot of our childhoods,” Birch, who was 10 when the movie was made, theorized. “And hey, it’s kind of a female-oriented and female empowerment type of film. At the same time, at the end of the day, it’s a story about families trying to hold on and adjust and I think Halloween is not going anywhere. There’s a lot to love about Hocus Pocus.” 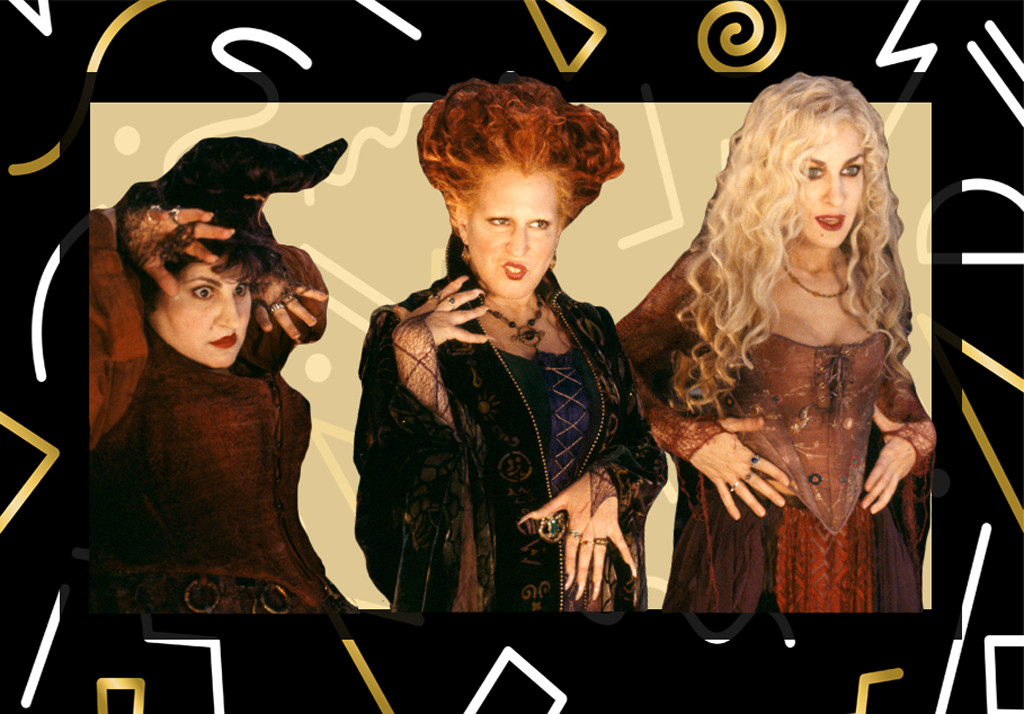 One of the things to love about the movie is the unapologetic campiness of it. It’s a little basic and it’s a lot extra, proving to be the perfect batch of fluff with a dark edge. (Would a Disney movie today dare let a virgin light the black flame candle? We think not.)

“It’s all about the flourish and the drama and the goofy and the funny and finding a happy place in a dark world, and we all need that now more than ever, don’t we?” Doug Jones, the human face behind the zombified Billy Butcherson, said.

Even though it was a movie about Halloween set on Halloween, Hocus Pocus hit theaters on July 16, 1993. With a modest budget of $28 million, it debuted at No. 4 in its opening weekend, taking in just over $8 million before going on to gross a total of about $39 million. Sure, it was a decent outing, but nothing to really celebrate over…especially because the critics weren’t exactly spellbound by the tale of the Sanderson Sisters wreaking havoc in the modern era.

On Rotten Tomatoes, Hocus Pocus has just a 21% Fresh rating from top critics, with the consensus calling it “harmlessly hokey yet never much more than mediocre.”

The late film critic Roger Ebert wrote, “Of the film’s many problems, the greatest may be that all three witches are thoroughly unpleasant.” Gene Siskel called it “dreadful” in his review for The Chicago Tribune. It was an “unholy mess” according to The New York Times, and Entertainment Weekly went full savage in their review. “Depressing as hell” and “cheesy” are just a few choice descriptors, while young Dani (Birch) is described as such “a pill” that the audience reportedly cheered when Winifred threatened to off her. 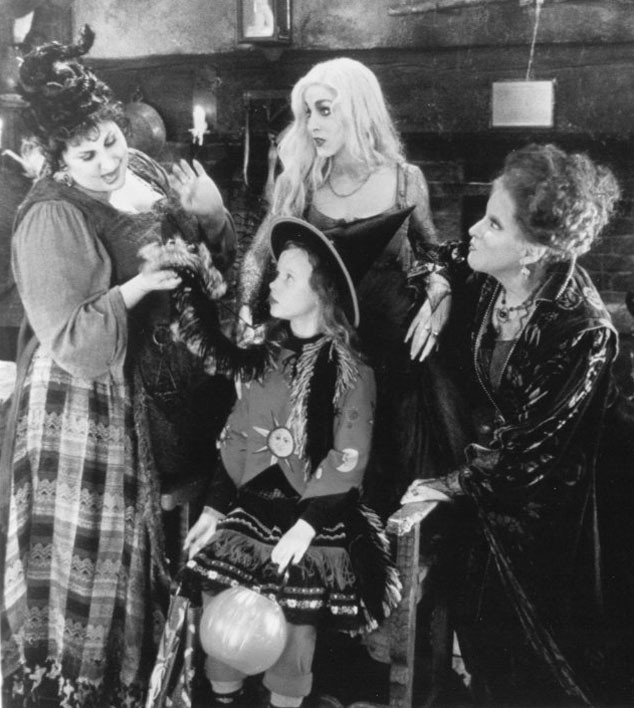 Director Kenny Ortega has learned to brush off the negative response over the years, which probably has been easier to do given the film’s status as a cult classic.

‘The problem with Hocus Pocus is it doesn’t know what audience it’s for,'” Ortega recalled reading in one review. “Now, 25 years later, I can confidently say to them, yeah, we did. We were going for everybody!”

It’s a sentiment Vinessa Shaw, who played Alison (“I’m Alison, I’m Alison, kiss me, I’m Alison!”), agreed with when trying to figure out why the movie has remained so popular.

“It’s because it’s a family movie. Everyone can participate, everyone can enjoy. I was on a movie where we used the house of a person whose daughter was going to college and she asked if I could sign the Hocus Pocus DVD and she got choked up and started crying,” she said. ” She said, ‘We watched this all time together as mother and daughter!’ So I think those kind of things happen with this movie…where people are enjoying it it together as a family and how rare is that these days that people can watch something together?”

And Shaw didn’t realize just how beloved the movie had become until about 15 years ago, as it didn’t really impact her life when it first came out.

“I thought it blew up more than I remembered. I noticed more and more people recognizing me on the street, you know, it was just not that way when we were growing up,” she said. “People my age and older had no idea. ‘Hocus Pocus? Whatever!’ But there are people who’ve grown up watching it who come up to me on the street now and say how much they enjoyed it. I think it’s because of the accessibility of the Internet.” 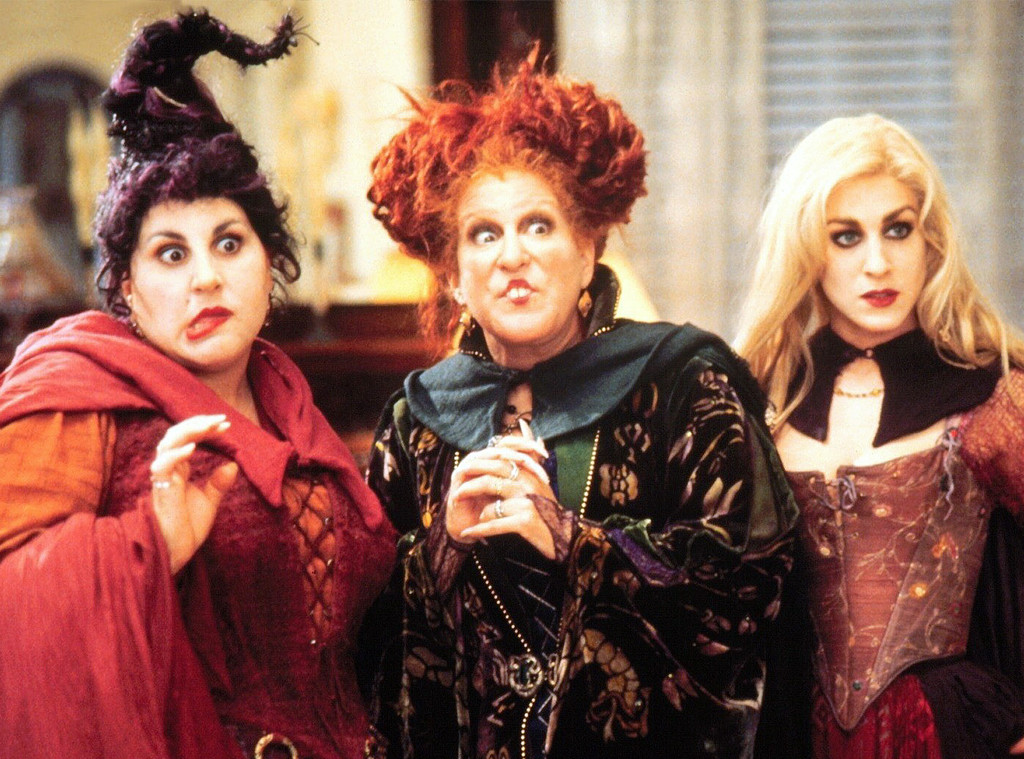 Tobias Jelinek (aka Jay, the bully with the enviable blond locks), was just 15 when the movie was filmed and admitted life went pretty much back to normal after the movie was released.

As time went on, of course, it became the definitive Halloween movie, as synonymous with the fall season as pumpkin spice lattes and apple picking. So what changed? Well, the movie’s VHS (and later DVD) sales continued to perform strong annually, experiencing a surge each October.

And then ABC Family (now Freeform) launched their 13 Nights of Halloween line-up in 1998 and the rest is history, with Hocus Pocus airings continuing to bring in record ratings.

As part of the annual Halloween programming event, Freeform, which expanded from 13 nights to 31 Nights of Halloween this year, doubled-down on Hocus Pocus for the 25th anniversary, airing the film a whopping 28 times, including an all-day marathon on Halloween. The decision has paid off: In the first week of October alone Hocus Pocus airings averaged 8.2 million viewers. “Someone can plop their kid in front of a television and inevitably Hocus Pocus is going to come on,” Shaw said.

On Oct. 20, Freeform’s Hocus Pocus 25th Anniversary Halloween Bash special aired, featuring special appearances by the original cast along with performances by Dove Cameron, Jordin Sparks and PrettyMuch to celebrate the milestone anniversary. The Bash ended up being a smash for the network, becoming its highest rated special ever. 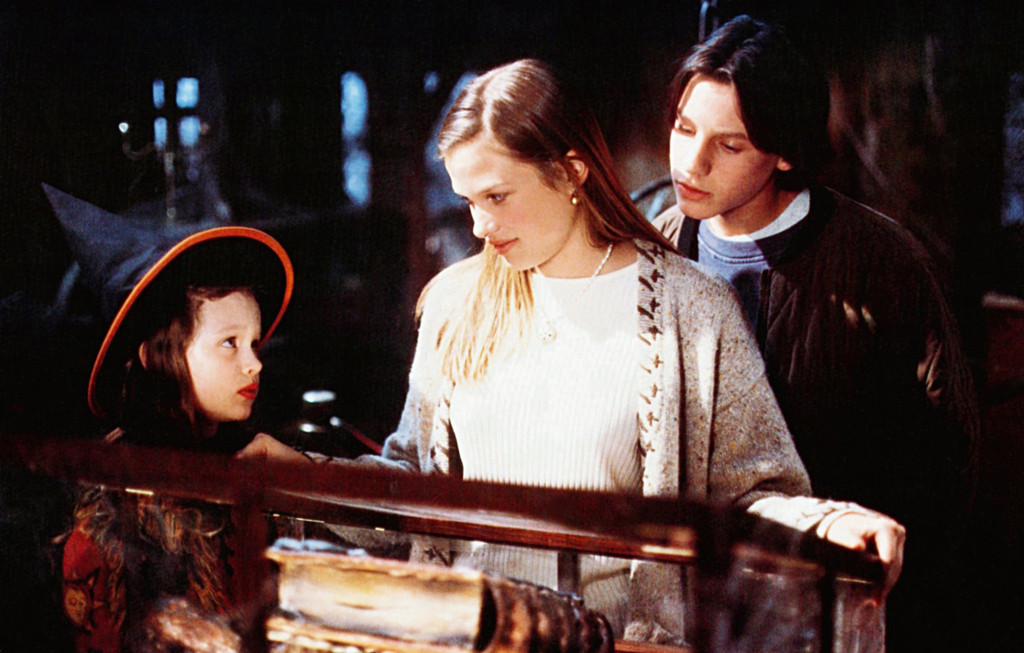 And the movie’s legacy extends beyond the small screen, as  the movie’s setting, Salem, Mass., has experienced an uptick in tourism because of the 25th anniversary, according to Boston.

“There’s always been a Hocus Pocus component to the visitors to Salem, especially in October,” a rep for Destination Salem told the site. “But it’s like the film’s following grows every year.”

Ortega, who also directed the special, was quick to credit many things for the movie’s lasting legacy, including, “the story, it was just so fun, the casting, you can’t take anything away from Kathy, Sarah and Bette. The work of our production designer, our cinematographer, the score.”

But above all, Ortega said it was the atmosphere on the set back in 1993 that really made Hocus Pocus what it has become.

“It was just a wonderful family of people who came together and had a ball making this movie,” he said. “And I think you feel that, you feel that sense of fun that was there when we were making it.” (Midler has repeatedly said Winifred Sanderson is her favorite movie role of all time, too.)

“It’s interesting to see how over the decades now it’s not only become a cult classic, it’s this container of nostalgia,” Jelinek said. “I think that’s why it continues to be popular. It reminds people of growing up and of childhood. And now we’re moving into multi-generations. I have friends with young kids who are  starting to grow up with Hocus Pocus, so it’s really, really cool and special to see how it’s survived time.”

For star Omri Katz, who played Max, the virgin who lit the black flame candle, the cult status of the movie has admittedly surprised him.

“I would’ve never imagined it in my life. It was a great movie to make, I guess I just didn’t know it would have such a cult following,” Katz, who left Hollywood soon after playing “Hollywood,” said. “It’s a trip. It’s a really big trip.”

Freeform is airing an all-day marathon of Hocus Pocus on Halloween (Oct. 31.)