House of the Dragon: Promo for episode 3 of fantasy prequel

Set 200 years before the events of Game of Thrones, House of the Dragon offers a fresh take on Westeros, including featuring more families. Among them is House Velaryon, which had a very minor role to play in the parent series, but has a crucial role in House of the Dragon. One of the biggest characters in House of the Dragon is Corlys Velaryon (played by Steve Toussaint) with audiences slowly encountering his family members.

WARNING: This article contains spoilers from House of the Dragon episode 3 and Fire and Blood

Who plays Laenor Velaryon in House of the Dragon?

Along with Corlys and his wife Rhaenys (Eve Best), last week’s episode brought into picture their 12-year-old daughter Laena (Nova Foueillis-Mosé), whom the couple hoped Viserys Targaryen (Paddy Considine) would choose as a wife.

This week also introduced their son Laenor Targaryen, who is played by young star Theo Nate, with the character described as a good match for Rhaenyra Targaryen (Milly Alcock).

Laenor was busy fighting the War for the Stepstones with his fellow Velaryon kinsmen and had no notions of plans for his potential matchmaking to Rhaenyra.

Much like the other men, Laenor was starting to wonder whether the fighting was worth it and if they should let Craghas ‘The Crabfeeder’ Drahar (Daniel Scott-Smith) have the Stepstones. 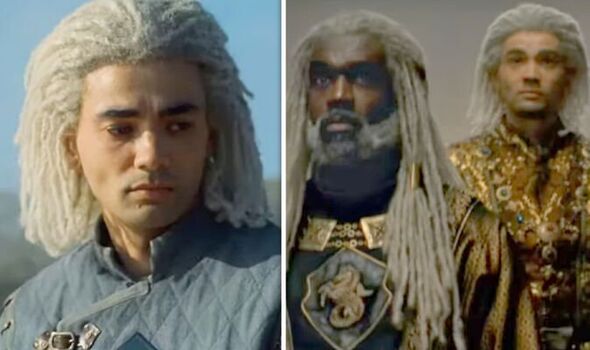 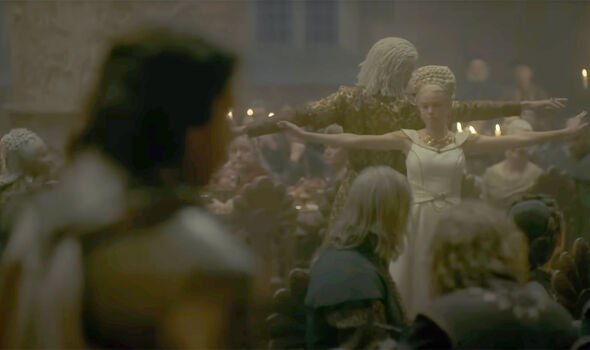 The young Laenor is played by up-and-coming actor Nate with House of the Dragon marking the actor’s biggest role to date.

According to IMDb, he has also previously starred in Jimmy McGovern’s Time with Game of Thrones alumni Sean Bean.

He recently graduated from The Liverpool Institute for Performing Acts with the official Facebook account posting: “Congratulations to Acting graduate Theo Nate who’s been cast in one of the world’s most eagerly anticipated TV shows, just a year after finishing his studies here.

“Theo, who graduated in 2020, will play the part of Laenor Velaryon in the Game of Thrones prequel, House of the Dragon. 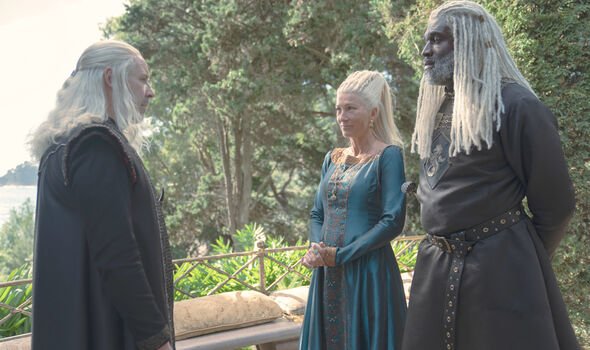 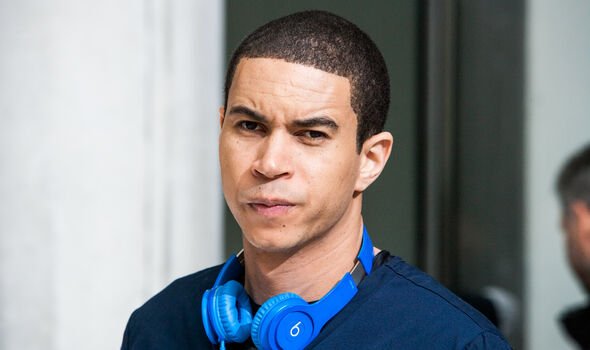 “We can’t wait to see Theo – and another of our Acting graduates, Gavin Spokes – in action when House of the Dragon is released later this year.”

Other actors to have graduated from the institute include Line of Duty star Leanne Best and Madeline Appiah.

Like Alcock and Emma Carey – who portrays a young version of Alicent Hightower – Nate is also going to be replaced by an older actor later in season one to account for the time jump in the show.

British star John MacMillan will be giving a turn as the older version of Laenor with fans likely to recognise the star from his roles in BBC comedy series Famalam, Hangs Ups, Silk, Chewing Gum, HBO’s The Nevers, and Tommies.

MacMillan is a writer and stage actor with credits in King Lear opposite Sir Anthony Hopkins and Yerma with Billie Piper.

Further credits include the TV series Back, The Trouble With Maggie Cole, and The Accident, and Critical.

He previously lent his voice to The Sandman podcast back in 2020 in the role of African Morpheus.

According to IMDb, he will next be starring in the film The People We Hate at the Wedding and Seize Them! which are both in post-production.

Additionally, he is filming on TV show Extraordinary which is filming at the moment and sees him playing a character called Dr Wedderburn.

MacMillan will be starring opposite Emma D’Arcy and Olivia Cooke in House of the Dragon with the pair playing older incarnations of Rhaenyra and Alicent respectively.

While Laenor initially has a small role in House of the Dragon, his character will rise to prominence over the course of the series.