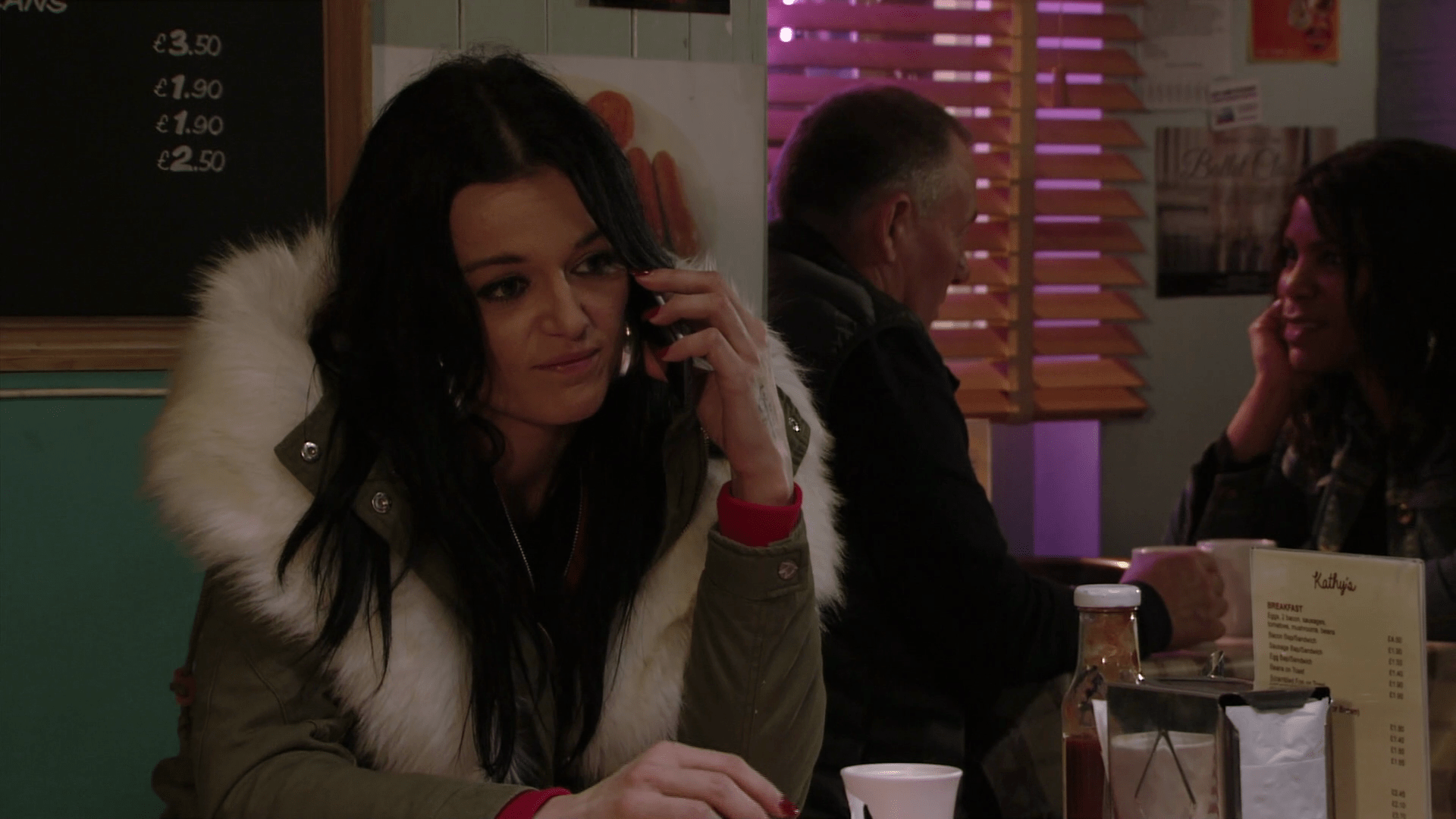 Who is Hayley in EastEnders and when did she first appear?

The mysterious new character was first spotted during the episode on February 9, 2018.

She was seen watching Martin and Stacey Fowler as they rowed about their children following a bitter break up.

At the end of the episode, Hayley was looking at her phone while sitting in the cafe.

She looked through the pictures she'd taken of the row before answering a call and saying she knew exactly what to do next.

She said: "Took your time, didn't you? Yeah, I'm here. You never told me this place was so… friendly," as she pulled a face.

"So you got the pictures I sent then? That's him, yeah? I knew it. I can sniff a wretch at 20 paces.

"So far up himself, I'm surprised it ain't coming out the other end.

"Me? Wouldn't touch him with the bottom end of a bog brush, thanks. Don't you worry. I know exactly what to do next."

The end credits didn't give Hayley a surname and viewers had to wait a while before it was revealed exactly who she really is.

How is Hayley Slater related to Kat and Stacey?

It was revealed on February 27, 2018 that the mysterious new girl was actually Stacey Slater's cousin.

Along with the big reveal, the episode saw Hayley call the police on Martin Fowler for keeping his and Stacey's kids longer than the agreed time.

This came amid the custody and divorce battle between the two.

Whilst comforting her cousin Stacey, Hayley stated she might make plans to stay on Albert Square, and sure enough she returned for good, bringing more trouble with her. 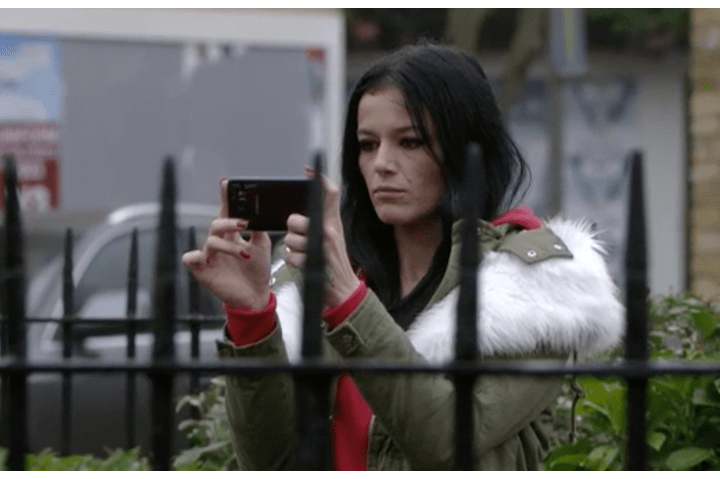 When did Hayley Slater announce her pregnancy?

She had a furious row with Kat and co in the pub when she refused to have a drink to mark the Royal Wedding and viewers quickly found out why.

Kat, played by Jessie Wallace in the BBC soap, makes fun of Hayley who throws a drink all over her before storming out.

Hayley walks off and sneaks into the tube station.

In the public loo, Hayley lifted up her top and pulled off the bandages which had been concealing her bump.

Another woman in the loo spotted her bump and asked: "Food baby?"

Hayley replied: "No, a real one," before revealing she's due in October.

On May 24, she went off to meet her secret baby daddy and it was revealed to be Shane Richie, aka Alfie Moon!

Hayley told him she was pregnant but he rejected her pleas to raise the baby with her and gave her money for a termination (which she decided not to go ahead with).

The baby was born on October 29- Hayley risked losing it when she was forced to give birth alone in a squat.

Hayley is played by Kate Jarvis, an English actress born in Tilbury, Essex.

She got her big break after being spotted by a casting agent outside Tilbury railway station following a row with her boyfriend.

When the agent tried to give her his number she didn't believe him initially and refused to take it.

Eventually, he persuaded her and she went on to star in the movie Fish Tank, earning huge acclaim despite having no previous acting experience.