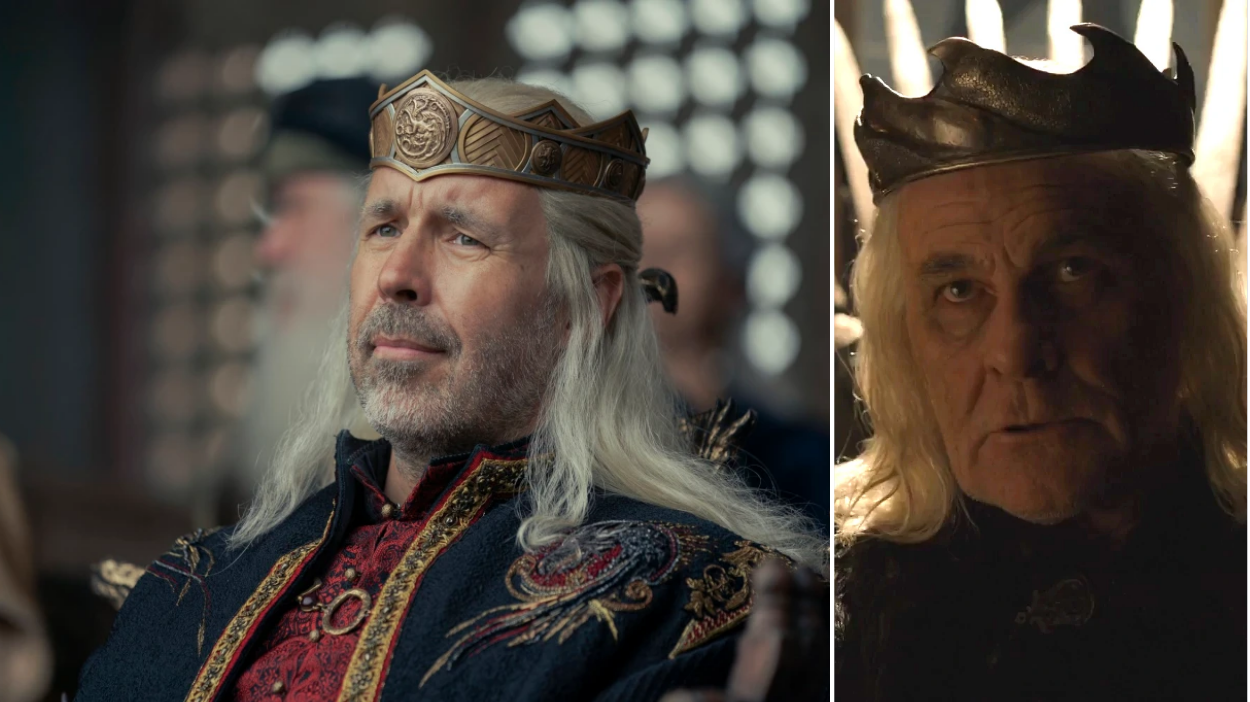 HBO’s big House Targaryen prequel House of the Dragon is one of the television events of 2022.

Set over 150 years before the events of Game of Thrones, it follows the story of Princess Rhaenyra Targaryen (Milly Alcock) and her younger half-brother Aegon as they are both groomed for power.

The new opening titles for the show display the complex and complicated nature of the Targaryen family tree, with rivers of blood flowing between the various characters in the story.

But linking back to Game of Thrones, how are the characters related to Daenerys Targaryen’s father, King Aerys, otherwise known as The Mad King?

Who is The Mad King?

The Mad King’s real name was Aerys Targaryen. He came to power at the very end of the Targaryen dynasty in the year 262 AC, but his reign only lasted 19 years before he was overthrown by a combination of allies led by Tywin Lannister, Robert Baratheon, and Ned Stark.

The Mad King was killed by a member of his own kingsguard, Jaime Lannister, who stabbed him in the back. By that point, Aerys had lost his mind and was screaming for his pyromancers to set fire to King’s Landing and burn the population alive before he could be deposed.

Before his death, he welcomed three children: Rhaegar Targaryen, Viserys Targaryen, and, of course, Daenerys Targaryen. Rhaegar died before the events of Game of Thrones, while Viserys lived long enough to have his head burned with molten gold by Khal Drogo.

Daenerys conquered Slaver’s Bay in Essos and then made her journey westward, to Westeros to reclaim her father’s seat. She conquered King’s Landing but was assassinated by Jon Snow, after she massacred thousands of people in the process.

How is he related to the characters in House Of The Dragon?

House of the Dragon picks up several, several generations before the events of Game of Thrones. So many generations, in fact, that the prologue sequence in premiere episode The Heirs of the Dragon takes place closer to the formation of the current Westerosi calendar than it does to the birth of Ned Stark.

Before we carry on, take a nice big breath everyone.

House of The Dragon is available to stream on NOW.