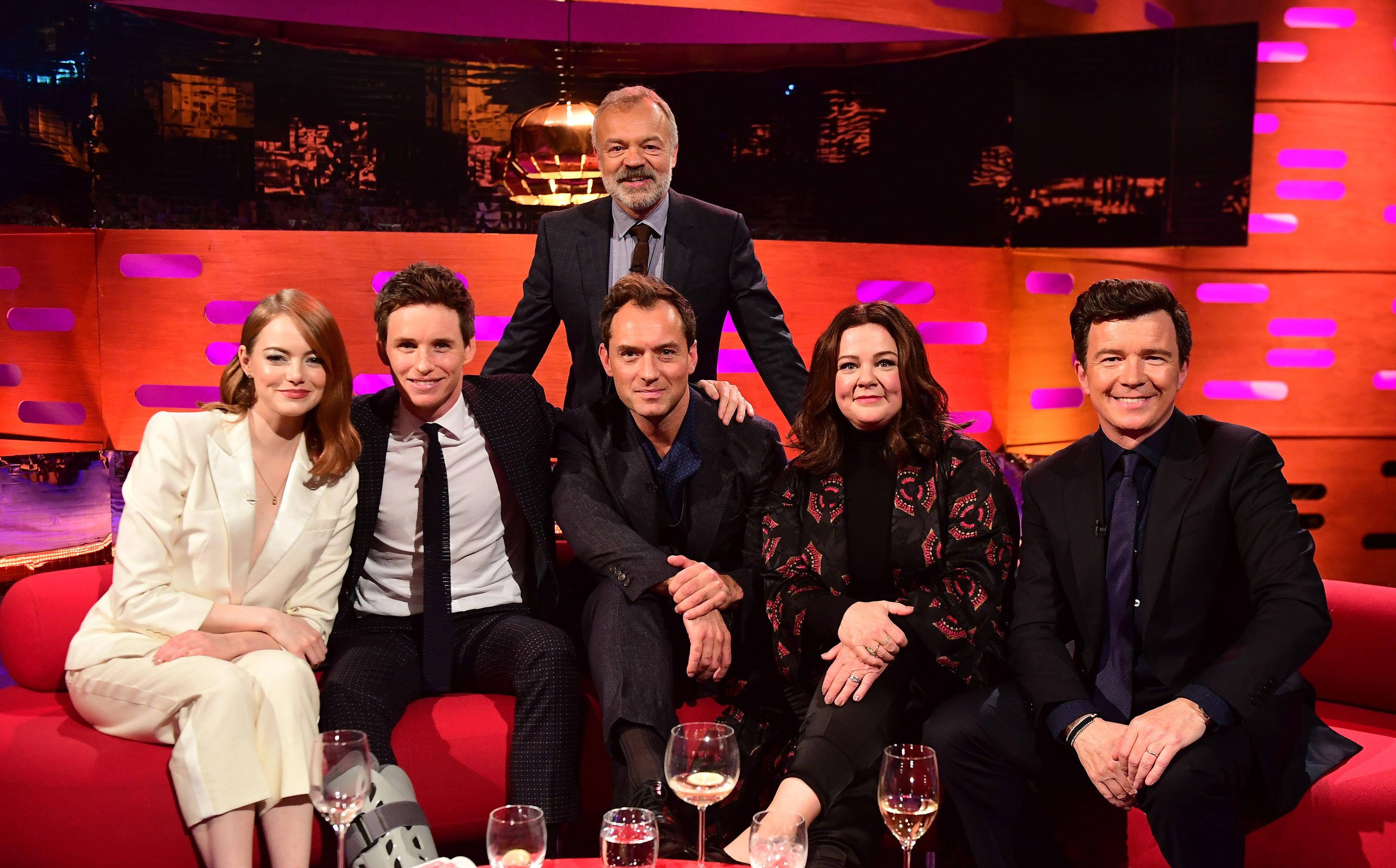 Who is on The Graham Norton Show? 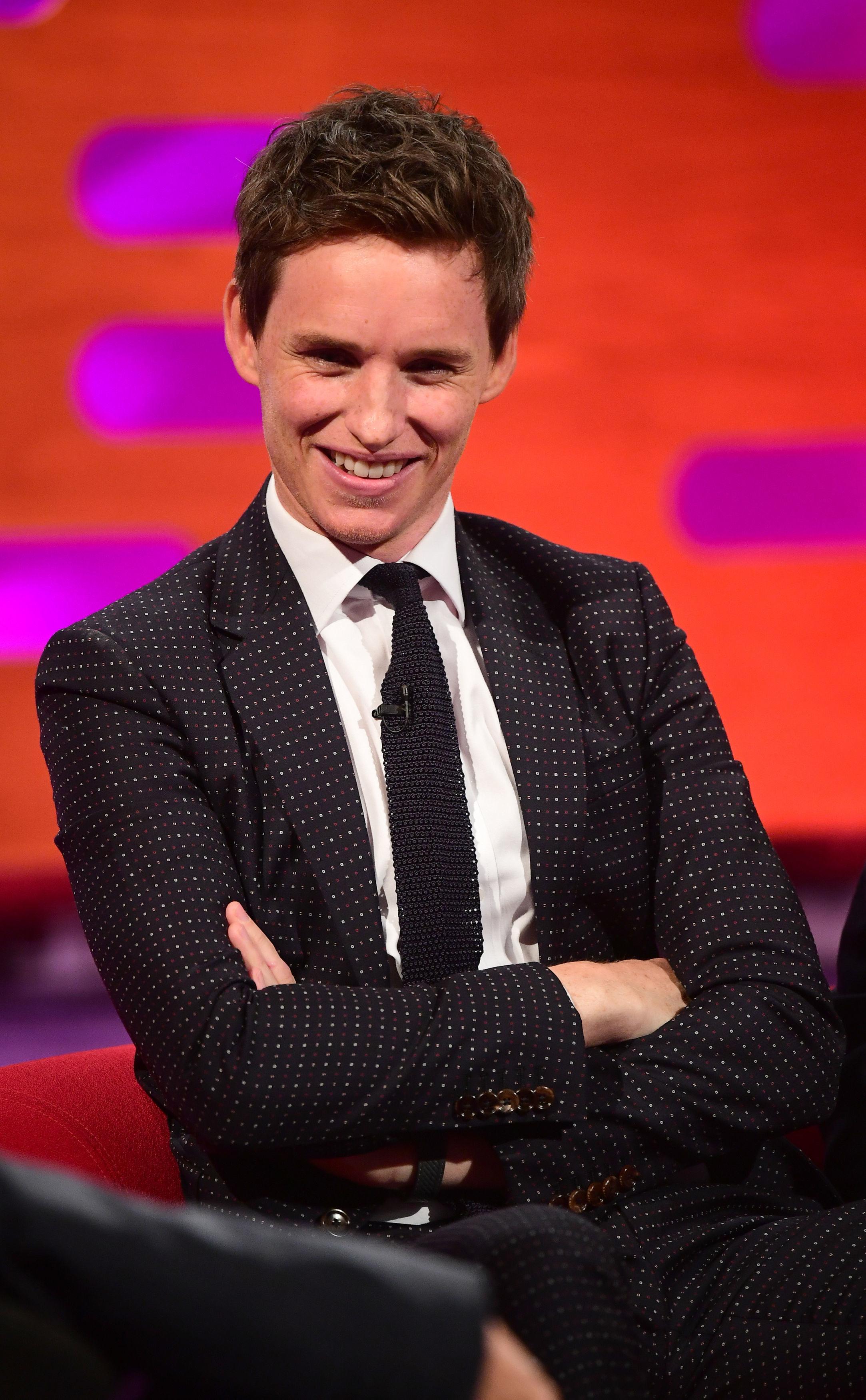 Eddie, 36, is an Oscar winning English actor, known for The Theory of Everything.

Eddie's breakthrough film roles came in the biographical drama My Week with Marilyn before he cemented his place amongst Hollywood elite with his portrayal of Marius Pontmercy in Les Misérables. 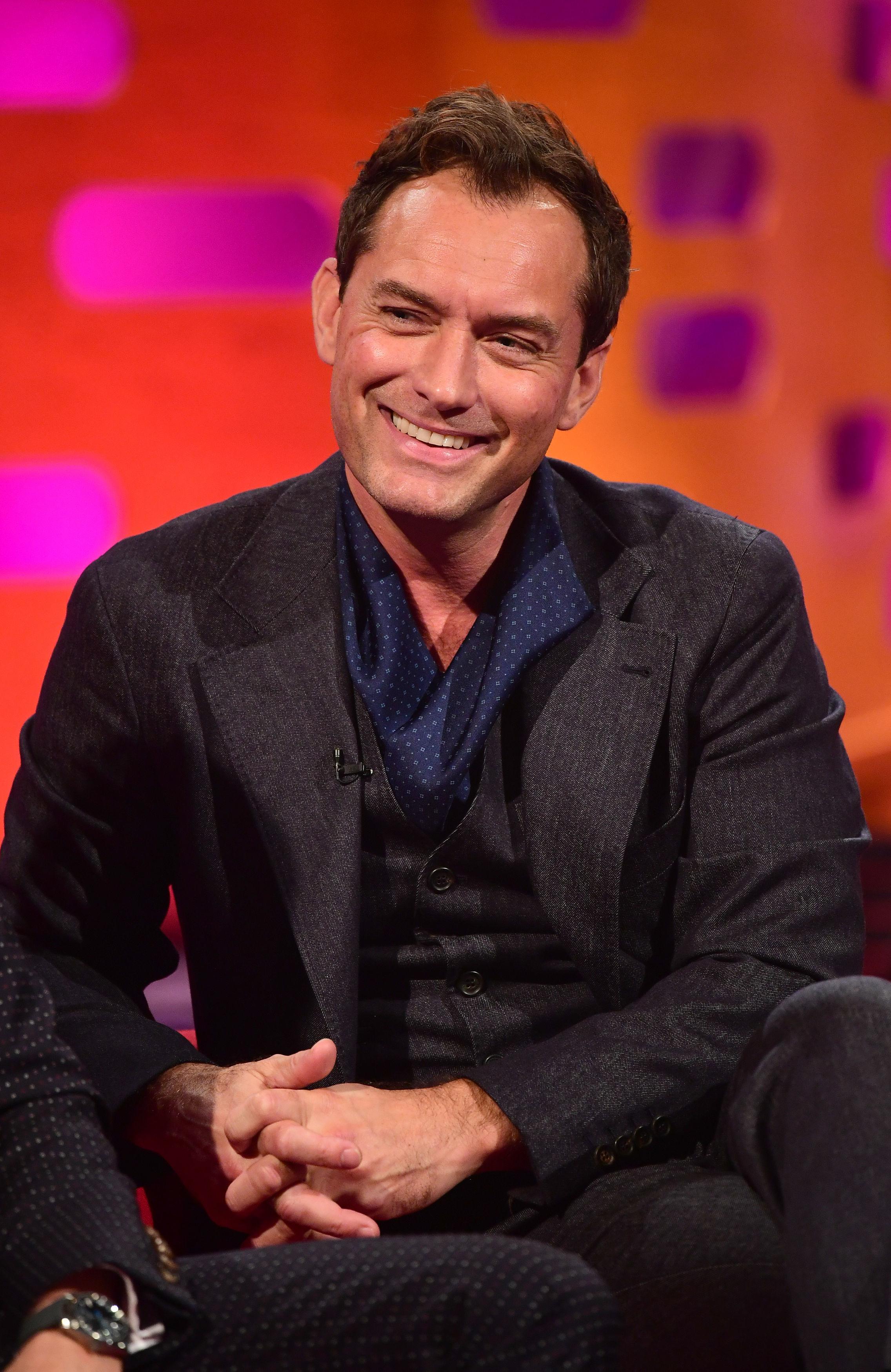 Jude, 45, is back in the cinema playing a young Albus Dumbledore in the Harry Potter Fantastic Beasts film series.

The actor shot to fame in the 1999 film The Talented Mr. Ripley alongside Matt Damon.

He is also known for starring in the Guy Ritchie Sherlock Holmes films. 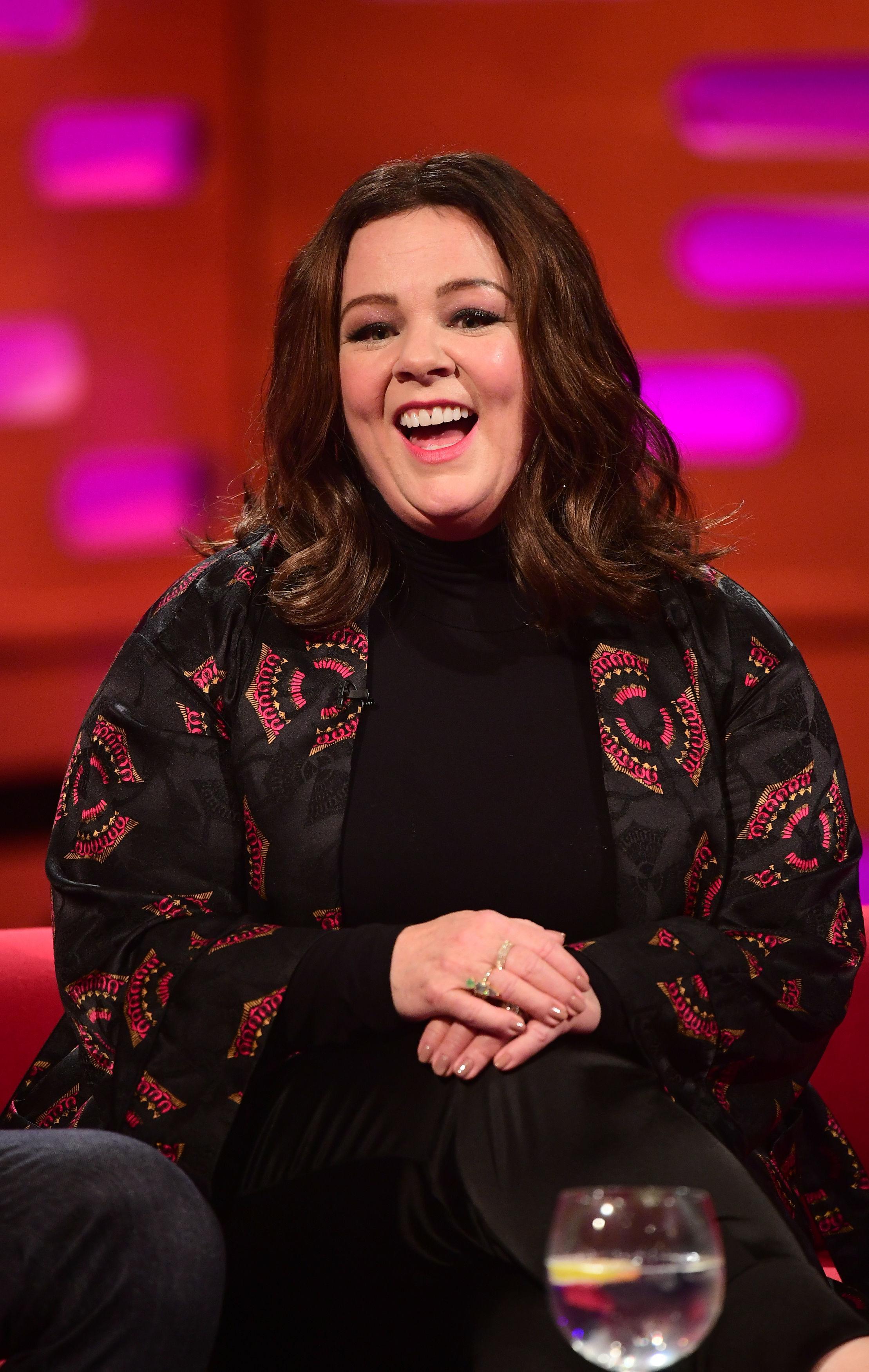 Melissa, 48, has seen her star soar in recently years after her movie breakthrough role as Megan in Bridesmaids.

Before this she was well known around the world to Gilmore Girls fans as the adorable Sookie St James.

But now she is an a-list movie star and has headed up movies like The Boss, The Heat and Spy.

In 2017, Forbes named Melissa the world's second highest-paid actress in the world, with earnings of £33 million. 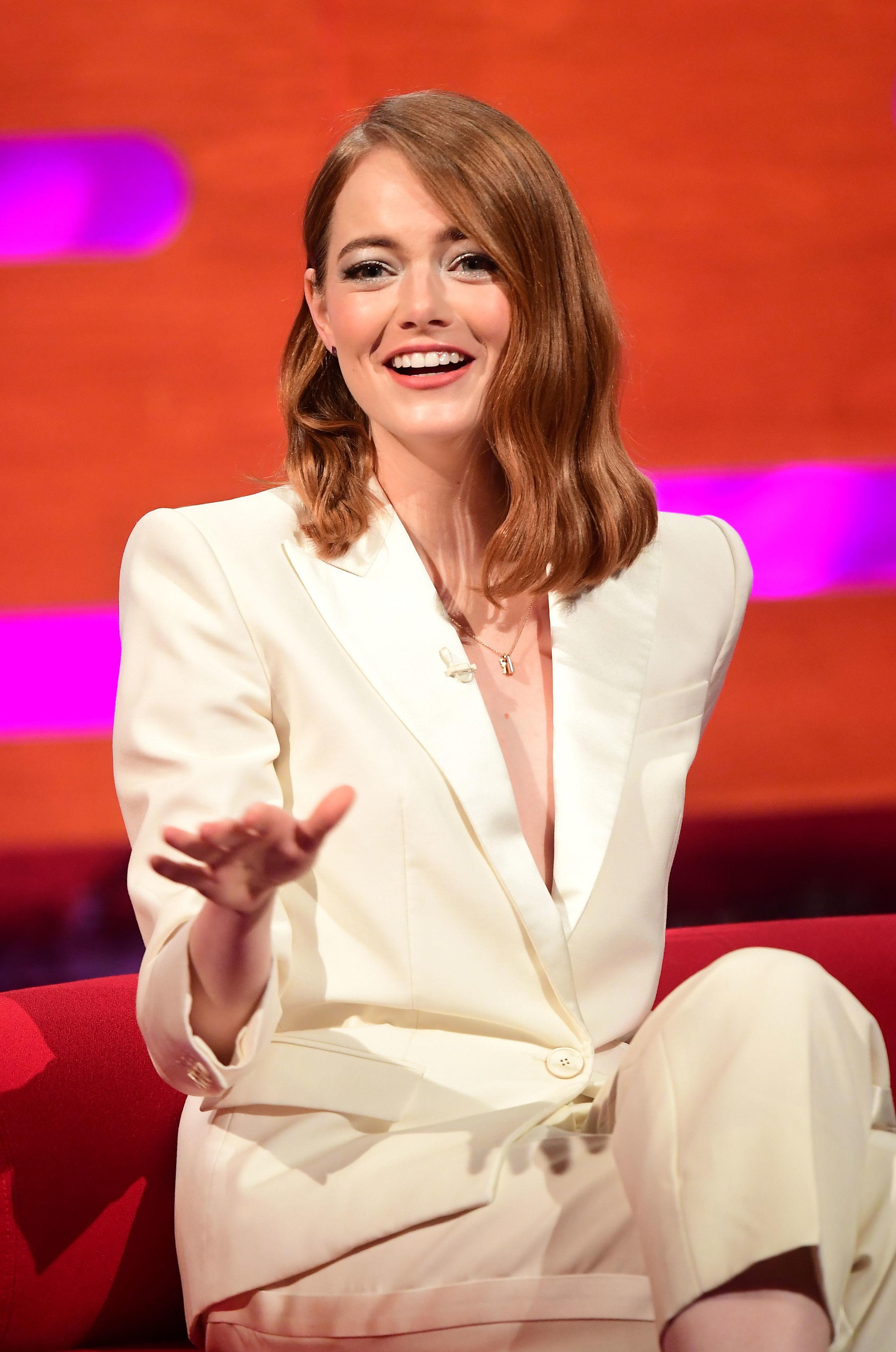 Emma, 29, is one Hollywood's leading ladies.

She won the Best actress Oscar for La La Land.

She counts the Spider-Man franchise and the award-winning movie The Help in her film credits. 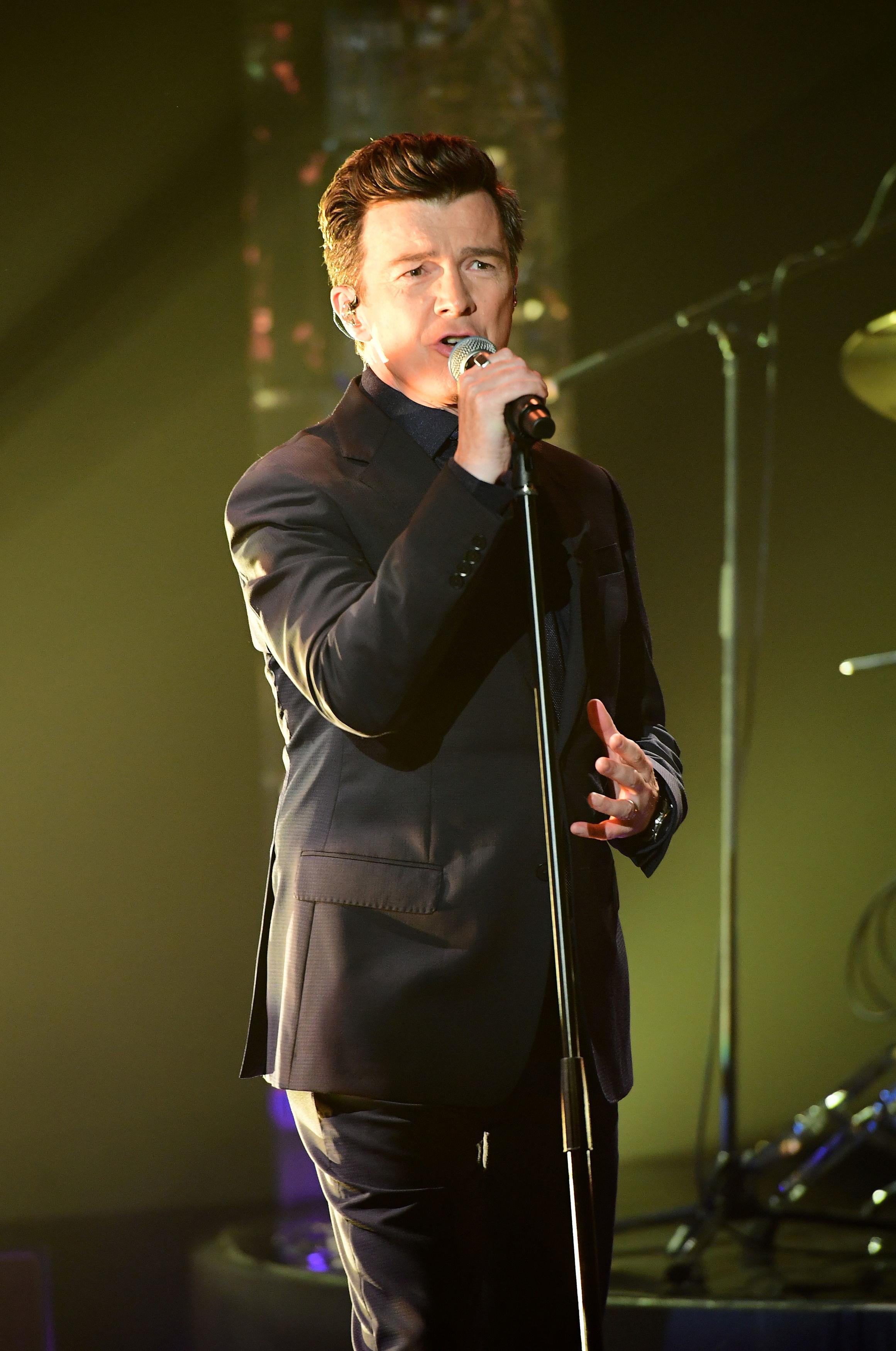 Rick, 52,  is an English singer-songwriter best known for chart-topper Never Gonna Give You Up.

He shot to fame in the 80s under Pete Waterman's label.

He still sings and tour to this day and has show on Magic Radio.

When is The Graham Norton Show on TV and what channel?

The popular Irishman’s chat show is broadcast at 10.35pm TOMORROW (October, 26) on BBC One.

Filmed in front of a live studio audience, the show sees each of the guests sat on the famous red sofa at the same time making for a relaxed interview with Graham.

An acclaimed musical act is always on hand to perform their new single before joining the sofa themselves.

The show will then be made available online after air time that evening on the free streaming site, BBC iPlayer.

How can I apply to be in The Graham Norton Show audience?

Applications to be on the programme are dealt with through SRO audiences and the form can be found here.

Tickets are limited so you'll have to act fast and you are only allowed four tickets maximum.

Booking always opens a few weeks before the show kicks off and going on the show is free.

Once you register interview, you will have to pick a date and make a formal application.

You must be 18 years or over to appear in the show's studio audience.

To be in the show's red chair and tell your hilarious story to celebrities, you can email [email protected]