The Masked Singer week one took place tonight and fans are trying to work out which stars are under the first six masks.

Fans were over the moon the singing series was going ahead despite the Covid-19 pandemic but sadly, one familiar face is missing from the second season of The Masked Singer.

Express.co.uk has everything you need to know about Ken Jeong and his replacement.

Where is The Masked Singer judge Ken Jeong?

Comedian Ken Jeong was part of the judging panel in the first-ever UK version of The Masked Singer.

He joined Jonathan Ross, Davina McCall and Rita Ora on the judging panel, who have returned for the series second outing.

Those who watched the first series will have spotted Ken was missing from the first show and sadly, he will not appear in the series at all.

Ken was unable to judge this year’s competition due to the travel restrictions put in place due to the ongoing Covid-19 pandemic.

The series is pre-recorded and took place in the summer, which sadly meant Ken was unable to travel. 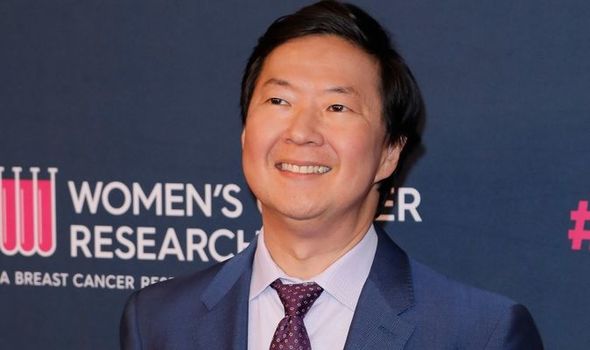