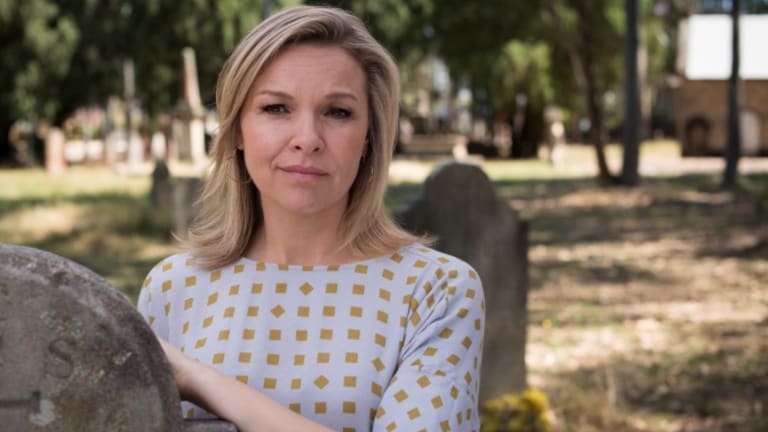 Who Do You Think You Are? features Justine Clark.

Most of what resonates from this biopic of the Canadian folk artist Maud Lewis, who belatedly found fame during the 1960s after a hardscrabble life, can be attributed to the performance of the wonderful English actress Sally Hawkins. As with her work in Mike Leigh's Happy-Go-Lucky and Guillermo del Toro's The Shape of Water, Hawkins captures the emotional depths of a woman living on the lonely margins, embodying both brittle need and quiet triumph. Afflicted with rheumatoid arthritis since her teenage years, Maud clutches a paint brush with possessive passion, making the most of her talent even as she becomes the maid, and soon, wife, to a sometimes combative Nova Scotia fisherman, Everett Lewis (Ethan Hawke). Aisling Walsh's film doesn't try to neatly tie together its subject life and art, but it is attuned to her creative growth and how it impacts her marriage. CM

Who Do You Think You Are?: Justine Clark

Beloved actor and children's presenter Justine Clarke is in a more serious guise tonight as she tries to track down ancestors in Australia and beyond. With the help of a crack team of historians, she gradually puts together the pieces of her family's past, taking her as far as Russia and Belarus to meet with long-estranged relatives in an emotional reunion. As with Julia Zemiro's Home Delivery, it must be a genuine privilege to appear on the show and discover your roots in such a sophisticated and comprehensive manner. AR

While some of the shows typically hosted by Dr. Brian Cox are not to all tastes (more specifically, not to the tastes of those not particularly interested in astronomy and earth science), The 21st Century Race for Space introduces another very different but equally fascinating element – insight into the minds and private lives of the billionaires who are funding space tourism, asteroid mining, and research into the possibility of colonising Mars. These are brilliant men for whom money can buy just about anything – get a load of the house of Dennis Tito, the first man to pay his way into space. In this show the serene, learned Cox gets exclusive access to Tito as well as the likes of Amazon founder Jeff Bezos and Virgin's Richard Branson. He learns about their ambitions and plans for space travel and gets to potter around with some seriously schmick equipment at their headquarters. Out of Virgin Galactic, Blue Origin and Elon Musk's Space X, the three major companies currently competing in the space travel field, Musk is the only chief executive who doesn't appear on camera, though Cox did have an off-the-record conversation with him. These men seem driven not by greed but by a real desire to change the world. Only one will win the race into space, but judging by this program and their track records, the others won't be far behind. AR

Rarely has a TV drama stuck so much torture so prominently in front of the viewer. And not even for tawdry sensation; more for purposes of verisimilitude. Whether it's the Protestant enforcers of James I disembowelling English Catholics and pressing them to death beneath metal weights, or Spanish Catholics burning Jews at the stake, it seems as though the early 17th century was a time of particularly unhinged cruelty during which a fellow could count himself lucky if he made it through the day without being pulled apart on the rack. It makes for especially depressing viewing. Tonight's third and mercifully final instalment carries on as the previous two have, with Robert Catesby (Kit Harington) and his lot pressing on with their plot to kill the king, while the king's men (the menacing Shaun Dooley and Mark Gatiss) try to catch and torture them. Unrelentingly grim. BN