Apart from the occasional spot of speechifying, The Imitation Game does a splendid job of taking a very dry, very complicated subject (advanced mathematics, or, more specifically, one man's abilities therewith) and turns it into a cracking thriller. Benedict Cumberbatch is terrific as genius code-breaker Alan Turing – a more pared-back version of his Sherlock Holmes – and the scenes at Bletchley Park are both entertaining and gripping, even though we all know how this story ends. 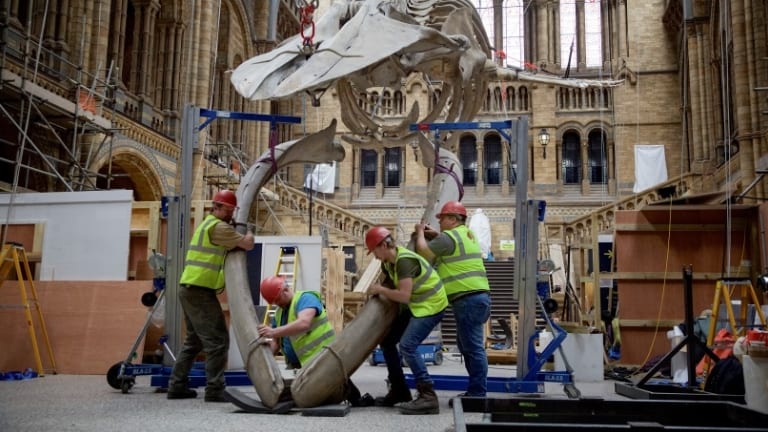 No, not like Alien v Predator. Instead the thoroughly engaging story of the decision by London's Natural History Museum to replace their iconic central display – Dippy the Dinosaur – with the skeleton of a blue whale, held in storage for decades. Packed with information about everything from construction and conservation to the animal itself, the enthusiasm of the hordes of experts is infectious and the task awe-inspiring. David Attenborough provides a typically passionate, intelligent and humorous narration.

When too much sport just isn't enough, the Super Netball kicks off for its second season today. Well, not kicks off. Bounces back? Today's game – Collingwood Magpies v Melbourne Vixens – is broadcast live on Nine. From there matches transfer to Gem. For all of them, Liz Ellis, Cath Cox, Annie Sargeant, Sue Gaudion and Sharelle McMahon will be providing expert – and enthusiastic – commentary.

VINTAGE LEUNIG Illustration: Michael LeunigCredit: To submit a letter to The Age, email [email protected] Please include your home address and telephone number. THE AUSTRALIAN OPEN…