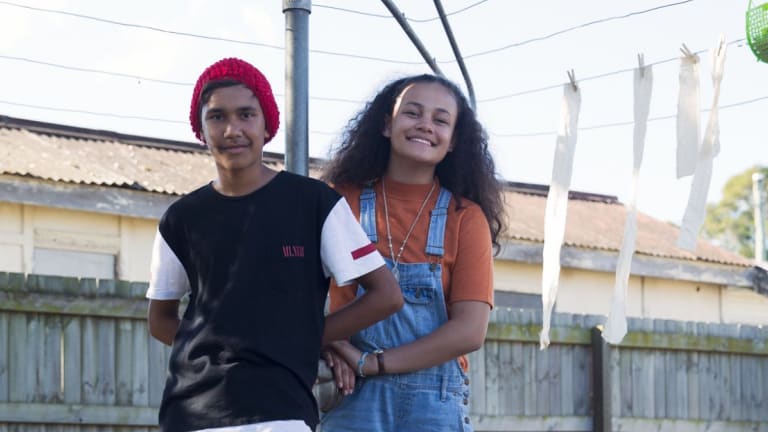 Alessandro Baricco's novel Silk – an international sensation of the late 1980s ­– is the exquisitely told story of a Frenchman, Hervé, who leaves behind a beloved wife Hélène and travels to Japan in search of silk worms. Those in his village are dying. In Japan, Hervé meets and falls passionately in love with a concubine – a love that bridges unbridgeable divides. Canadian François Girard, who made the wonderful The Red Violin, adapted Baricco's novel for the screen. But the bizarrely cast Brit Kiera Knightley as the French provincial wife and American Michael Pitt as her husband. Sei Ashina is far more appropriate as the Japanese concubine. Overall, though, this is a labour of love, tender and sensitive, even if it does replace some of the novel's vibrant sexuality with a dewy-eyed romanticism. The film is too pretty and precious at times, but Girard clearly tried hard to respect the delicacy of Baricco's prose. SM

As someone who spent a large chunk of their primary school years inhaling a steady diet of British children's shows (The Goodies, Press Gang, Grange Hill) with a small side order of The Muppets and Punky Brewster, it was incredibly refreshing to see Grace Beside Me. It's unapologetically Australian – the opening scene soundtracked by warbling magpies is a delight – and packed with messages about acceptance, family and helping those less fortunate. It also has one of the most diverse casts on TV, led by Kyliric Masella, who plays Fuzzy, a young Indigenous girl who is a seer of spirits. Hopefully that doesn't make it sound too worthy – it's a fun half hour filled with the problems of the early-teen set with a diverse cast who actually look the ages they are supposed to be (as opposed to the Disney shows whose casts look as if they've just stepped off the runway of the Little Miss Utah pageant). Tonight Fuzzy is helping her Nan (Tessa Rose) collect donations for the Wishing Tree festival and dealing with a grumpy spirit who won't leave the new house of her frenemy Cat (Emma Louise Cobb). LR

Many loved Ron Howard as a child actor (The Music Man) and as Richie Cunningham in television's Happy Days. But few, if any, would have predicted Howard would become a film director of real note. Grand Theft Auto and Night Shift hinted at something special, but the real proof was Splash, a sweet comedy about a nice young man, Allen Bauer (Tom Hanks), running a wholesale New York fruit-and-vegetable business; his wayward, Penthouse-reading brother, Freddie (John Candy); and an oft-nude mermaid named Madison (Darryl Hannah). In case you are one of the lucky few watching this film for the first time, it is better not to know more, other than the script by Lowell Ganz and Babaloo Mandell (Parenthood, City Slickers) is cute and funny, and that the stars are all impossibly young. The great John Candy is sadly no longer with us, for he played an annoying dag with a kind soul better than anyone. This is a loveable film. SM

It's not the most immediately promising of TV gimmicks: American couples have all their possessions – including their clothes, phones and toothbrushes – hauled away by removalists, and then spend the next 21 days ruminating on their lives and relationships. Each day they walk to a storage container half a mile away and retrieve one item to make their lives a little easier – a pair of pants, perhaps, or something to sleep on, or a mobile phone so they can get back to work while sitting naked on the floor. Tonight's couple is workaholic Hollywood fashion stylist Ali and her accountant hubby, Justin, who is keener to have kids than her. Chuckles ensue as they use garden plants to fashion crude loincloths for their first trek to the storage container, and the show becomes surprisingly touching as Ali gets the space she needs to reconsider things. BN