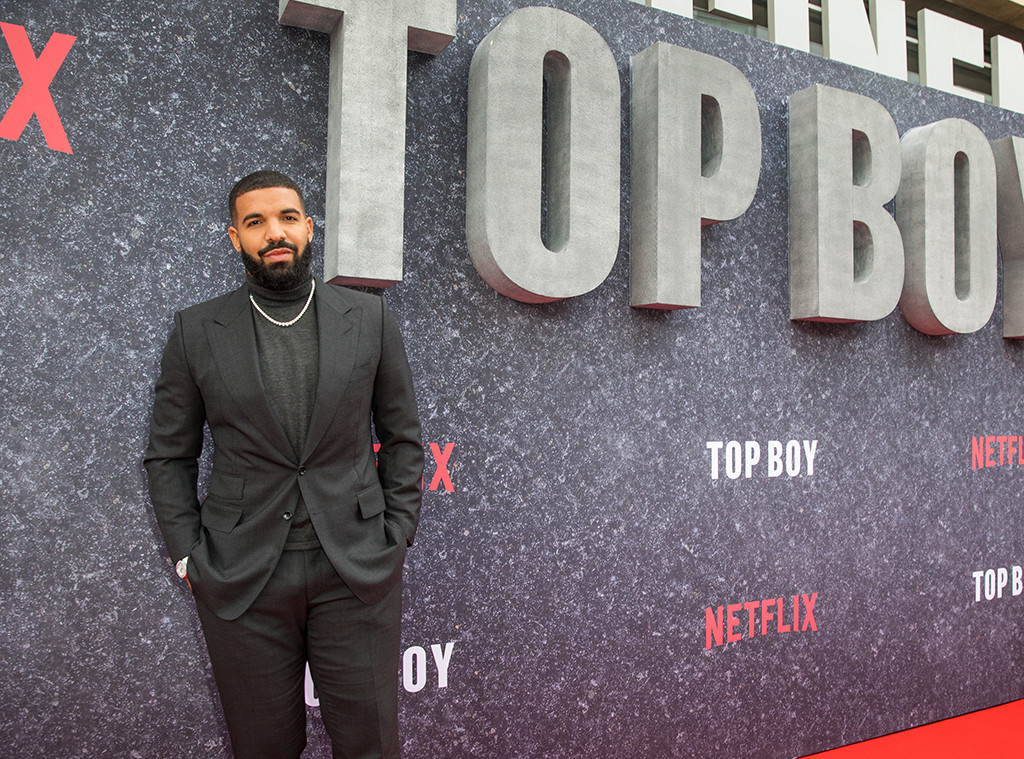 When Drake likes something, we’re talking really likes it, there’s nothing he won’t do to keep it going.

Case in point? The surprise revival of Top Boy on Netflix making its way to the streaming giant on Friday, Sept. 13. The gritty, critically-acclaimed crime drama that debuted on Channel 4 in the UK in 2011 and ran for two four-episode series (as they’re called across the pond) was already long-since canceled by the time the superstar rapper came across it on YouTube.

“I became really attached to the characters,” he told BBC Radio 1‘s Clara Amfo ahead of the show’s third season premiere in London earlier this month. “There’s a lot of parallels between Toronto and London. It reminded me of people I grew up with and guys that I know. I really just felt super connected right away, but then it disappeared on me. I did my research and found out it had been ultimately cancelled.”

Hailed as the U.K.’s answer to The Wire during its two-series run, Top Boy offered a somewhat bleak, yet realistic look at the rivalries that exist between the drug gangs operating out of the Summerhouse Estates of East London. Starring rappers Ashley Walters (aka Asher D) and Kane Robinson (aka Kano), the show was created by Irish novelist and screenwriter Ronan Bennett. And when Channel 4 opted not to move forward with a third series back in 2014, he’d forced himself to pick up the pieces.

“Screenwriters learn to roll with the blows. A show you believe in doesn’t get made. A show that gets audiences and the critics onside is cancelled. You sigh. You shrug. You move on to the next thing,” he wrote for The Guardian in August. “But Top Boy was special to me. It was intensely personal. It was hard to let go. We discussed trying to make a movie. There was talk of doing it as a musical. But in the end, we accepted that was that. Time to move on.” 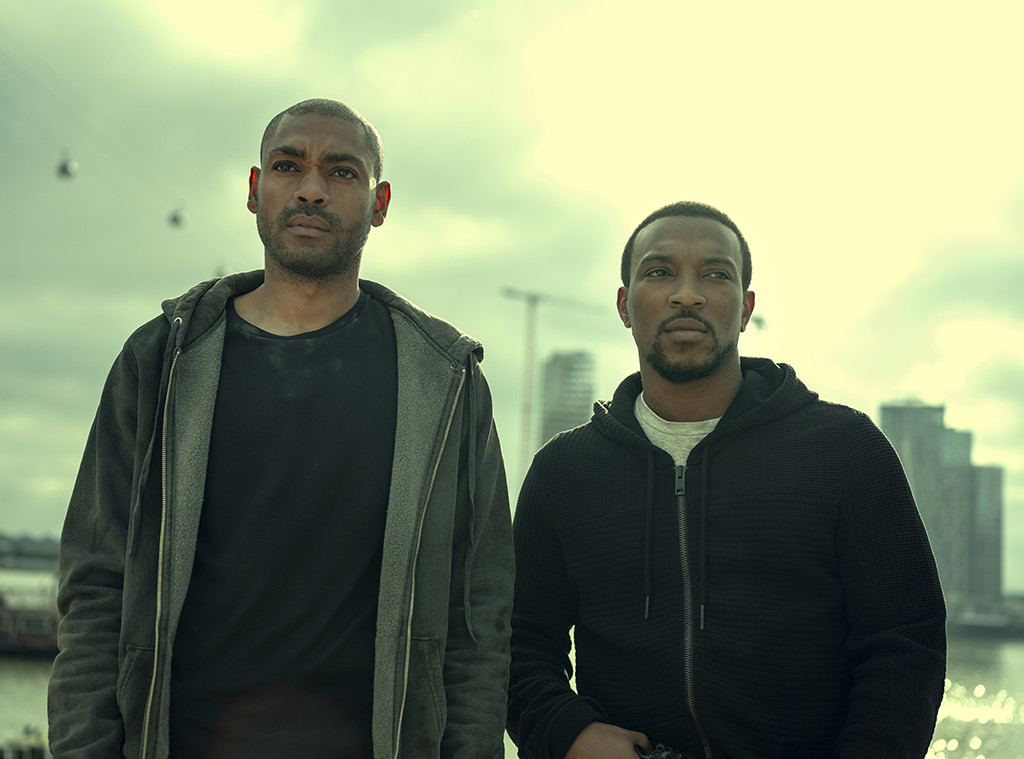 For Walters and Robinson, who star as spiritual brothers, drug dealing partners, and sometimes rivals Dushane and Sully, respectively, the adoring fans didn’t make moving on all that easy.

“I don’t know, six or seven years, or whatever it was, of constantly being bombarded with questions,” Robinson said in a companion video put together by Netflix to celebrate the show’s revival. “Can’t even put petrol in the car without someone saying, ‘Yo when’s the…are they gonna do a third one?’ It’s like, ‘Oh my god.'”

One of those for Walters was the 6 God himself, who called the Top Boy actor up. “It was just a quick conversation,” he said in an interview with fellow So Solid Crew member Harvey in 2018. “He was just like, ‘What’s happening with the show? I love the show.’ So I’m like, ‘Well, it’s canceled. It ain’t coming back.’ He’s like, ‘Alright, well, I’m gonna make that happen.'”

“Three years ago, [producer] Charles [Steel] called me to tell me that a Canadian singer had seen the show and wanted to help get it up again,” Bennett explained in his essay. “In showbusiness, lots of people express interest in lots of things. ‘I’m excited’ is a much-mimicked showbiz line. I didn’t pay much attention. But some months later, Charles called again to say that the singer was in town and wanted to meet. Molly and Finn [his children] asked where I was going. To meet some singer called Drake. ‘What?! How do you know Drake?’ I Googled him quickly. Turns out he’s big.

“In person, Drake is a humble man. He and his manager-partner, Future, simply said they loved the show and they wanted to do whatever they could to get it up and running again. We want to be gasoline to your fire, Future said. We decided on an approach to Netflix. At the pitch, Drake was passionate about why the show had to be brought back: there is nothing else on television like it. It shows a world that is ignored. Young people – white and black and everything in between – identified with it.”

By November 2017, Netflix was ready to announce a 10-part new season picking up where the original left off. “We couldn’t be more excited for Netflix members around the world and a new generation of fans to discover the authentic, raw and real world of Top Boy,” Cindy Holland, Vice President, Original Content for Netflix, told Variety at the time. “Drake came to us several months ago with a passion to help bring this series back to life, and we’re thrilled to support the original creative team to do just that.”

As Drake told Amfo, at first, the pursuit of new Top Boy was purely selfish. But over time, he realized just what it might mean to a whole lot of other people out there. “At first it was kind of like just for me, I was like, ‘Oh I need this back.’ But then I realized how much it meant to so many people,” he explained, adding, “I think the entire U.K. would appreciate it.”

With Drake and his business partner Adel “Future” Nur on board as executive producers, alongside Maverick Carter and Jamal Henderson for LeBron James‘ SpringHill Entertainment shingle, production on the new series got underway. And the “God’s Plan” rapper was on hand for the first table read back.

“He came to the first read through and the minute he walked into the room, the kids just went ‘Wow,” Bennett said in the Netflix featurette.

In footage captured by Netflix of that first table read, Drake told the cast and crew, “I just wanna express how happy this room makes me right here, ya know? The show meant the world to me. I wish you the best. I’m sure we’ll be all together again when we’re winning awards or talking about how successful this is.”

While Netflix is calling their version of Top Boy “season one,” the 10 episodes—which see Dushane returning to London after years in exile, intent on reclaiming his throne as kingpin of the Estate’s drug market just as Sully returns from an exile of his own (prison), only to discover they’ve got some competition in the form of young and ruthless gang leader Jamie (played by newcomer Micheal Ward)—do pick up on threads from the first two series, both of which are available on the streaming service if you want to be a completist.

However, both cast and crew believe you can jump in with the revival with no problems. “What this is is both a rebirth and a new start because we’re making this season for an audience who’s never seen Top Boy and we’re also making it for the core fans who love the show and are familiar with it,” executive producer Alasdiar Flind said in the Netflix doc.

“Ronan’s writing set the pace, so it’s kind of a continuation of his style, I suppose,” Walters added. “So what we’re gonna do is create a show, essentially the same show we would’ve created before, but it’s now in a climate where everyone’s gonna be able to consume it.”

And the whole endeavor started out as Drake doing something for himself, at the show’s premiere event, he was quick to point out how much bigger it had become. “I think September 13th is a really big U.K. heritage moment that you should be proud of,” he told the cast and crew. “You all made it happen, I just wanted it to happen. To the cast new and old, the crew, the writers, the production team, everybody that pulled this all together, I really do appreciate it. I just want to say thank you so much for allowing me be a part of it.”

“When we did Top Boy before, it had huge critical acclaim. It was loved, but it was a niche market,” Walters said. “It was a small group of people that was fed by it, but it’s now in a climate where people are just ready for it.”