Chef and television presenter James Martin is set to go on tour in Spring 2022 with his show James Martin Live. He’s opened up about his upcoming tour and also shared his love of music in a recent interview. However, the chef confessed to feeling out of his depth when he was once asked to perform with his band at a music festival.

The Chris Evans Breakfast Show welcomed James Martin onto the show for a chat about his brand new tour, James Martin Live, and the hospitality industry opening up again.

James’ live show is currently set to take place in 18 towns and cities across the UK early on in 2022.

The tour is set to come to a conclusion with a big show at the London Palladium.

“We’re travelling everywhere from Plymouth to Glasgow… all over the place,” James told Chris. 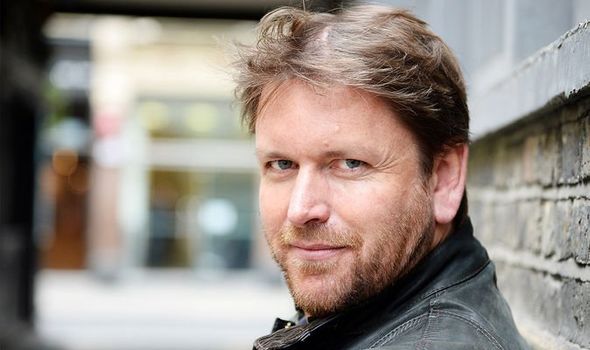 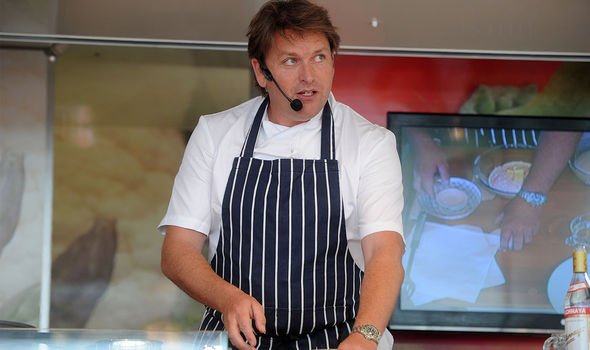 The Saturday Kitchen star explained fans can expect from his tour next year.

He said: “We’ve got great guests lined up. I’m going to pull in a few favours from a few mates.

“The whole idea is that it’s a fun night out. It’s not just watching pans boil, the whole thing is a put-together, formatted show,” James revealed.

He highlighted the show is about more than just cooking: “Yes, it’s got food in it, but it’s got laughs, it’s got interaction, maybe a little bit of music in it at some point.” 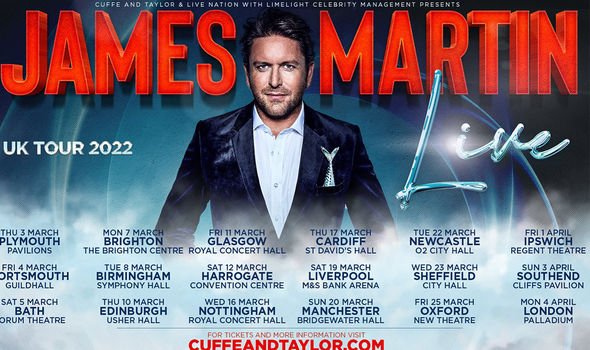 During the interview, James also opened up about his love of music, as he himself plays the guitar.

Back in 2019, Chris persuaded James and his band to make their live debut at CarFest.

Looking back on the event, James said: “We thought we’d give it a go. We used to practice in my lounge at home and our very, very first gig as a band was that Saturday night at CarFest.”

“I remember, just after Jools Holland, just before Kaiser Chiefs, walking out thinking, ‘What am I doing here?… If I make a mistake here, this is going to be carnage!’” James admitted.

James is set to make a return to CarFest this summer and will be on the Kitchen Stage with his chef pal Galton Blackiston, and his band will also be performing there again too.

James took to Twitter this week to announce his upcoming tour to his followers.

In a post he wrote: “So excited to announce my brand-new tour will be coming to UK theatres in Spring 2022.

“Join me, and some very special guests, for an evening of cooking, and conversation! Tickets go on sale 9am Friday! Sign-up for exclusive pre-sale access”

His fans seemed pleased with the news that they could be seeing James back on stage again.

One fan wrote: “Hoping I get tickets for this! Last time @RoyalNottingham was one of the funniest & most entertaining nights ever!! Good luck @jamesmartinchef”

“So excited just love you James” a second follower commented.

A third said: “I really need a ticket for this, missed the Bolton food festival not being on. Last time we saw you at the opera house in Manchester and it was fabulous!”

James Martin Live will be touring the UK in Spring 2022