If we want to work out what the hell is happening in Westworld season two, apparently we should go right back to the beginning.

Talking to Esquire, Jeffrey Wright – aka Bernard – has spoken about how he decided to rewatch the very first episode of the critically acclaimed series to “look at where we were when we had begun”, before discovering something else entirely.

“In going back, I discovered that there are some flashing neon breadcrumbs that had been invisible to my eye in the the first reading, performing, and watching of the episode,” he reflected. 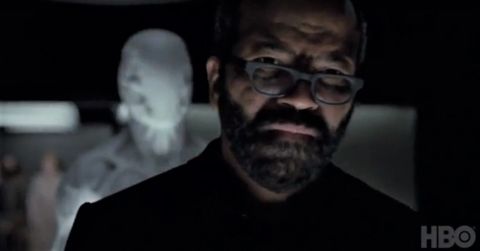 “In fact, there’s a scene, which I think may be the first scene that we shot for the pilot, that speaks to the overarching scene of season two. And I looked at that and was like, ‘These clever bastards’.”

The first episode of season two left us with more questions than answers, not least in the very final scene that saw Bernard look out at all the missing hosts dead in the new sea (in the present) and stammer in disbelief: “I killed them. All of them.”

We don’t really know all that much for sure about season two, other than the fact that it will feature less nudity. 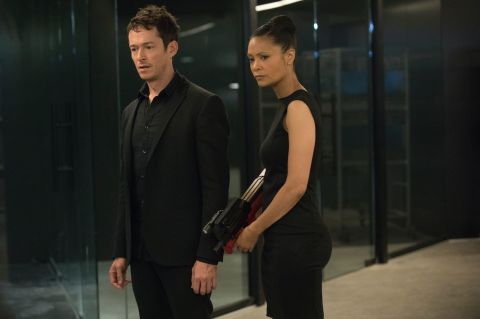 “I assumed I come back for season two and have to get naked because I was naked most of the time in the first season,” recalled Thandie Newton.

“I remember reading episode one and being like, ‘But I’m wearing’ clothes?’ And I went to Lisa and said ‘Lisa, I’m not naked’ and she was like ‘Why the hell would Maeve want to get naked again?'”

Westworld airs on HBO in the US and on Sky Atlantic and NOW TV in the UK.