Now this is good news for The Walking Dead.

After months of speculation over her future on the show, Lauren Cohan has confirmed that Maggie will be back for season 9.

Although she did not say whether she would return as a series regular or through guest appearances, it seems that fans will be able to enjoy a potential feud between Maggie and Rick next season, following Rick’s decision to spare Glenn’s killer Negan. 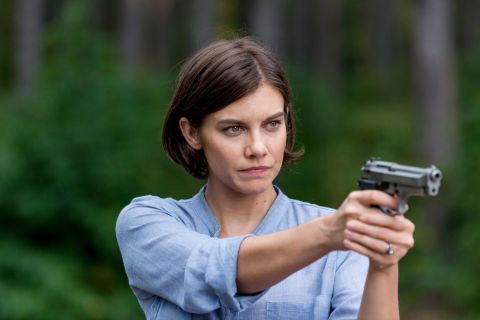 Maggie was last seen plotting against Rick in a private meeting with Jesus and Daryl, all of whom agreeing that Negan does not deserve to live.

While Cohan said she can’t reveal anything about how this particular plot thread continues, she promised that it will be exciting. 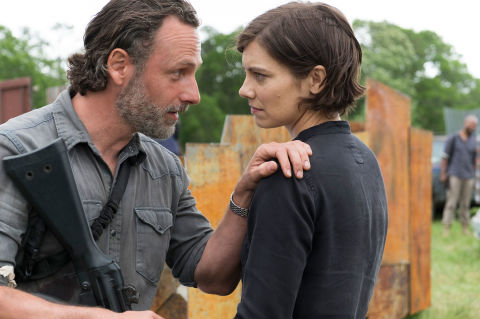 “You know we’re not allowed to tell you anything, but it’s good,” she commented.

Cohan’s previous contract for The Walking Dead ended at the end of season 8, and she had signed up for a new TV pilot following reports that she was unhappy with the salary offers put forward by AMC during negotiations over a new deal.

She was not seeking parity with Andrew Lincoln (Rick) and Norman Reedus (Daryl).

It is unknown at this stage whether or not her TV pilot with ABC titled Whiskey Cavalier will be picked up to series.

In the comics, Maggie is still alive and plays a major part in the narrative, so any exit for the character would have seen repercussions.

The show is back filming next week and will see a massive shake-up, as Scott Gimple is handing over the reins for the start of season 9 to Angela Kang, who becomes the first female showrunner of the AMC drama.

An investigation into alleged war crimes in the Palestinian territories has been launched by the International Criminal Court (ICC). Nearly a month after the court…

A MAN has today admitted murdering his wife, whose remains were found at a beauty spot. Thomas McCann, 49, faces life in prison after he…