After spending much of his life in the shadow of his father King Ecbert (played by Linus Roache) in Wessex, Aethelwulf was finally crowned the ruler of his home and Mercia prior to his death in season five of Vikings. Aethelwulf was at the centre of some of the most talked-about storylines in the entire series, from his relationship with Queen Kwenthrith (Amy Bailey) to his ongoing battles against the Vikings. However, after years of near-death encounters on the battlefield, his death as a result of a bee sting is one that took a vast proportion of the fandom by surprise.

In his final moments, a wheezy and immobilised Aethelwulf could hardly get a word out as he bid farewell to his children.

He pleaded with son Aethelred (Darren Cahill) to take care of his mother Judith (Jennie Jacques) before delivering his final words.

“Don’t wait for me,” he pleaded. “The angels are already here. Can’t you see them?”

A few moments later, there was barely a dry eye in his chambers as the warrior slipped away after succumbing to the allergic reaction. 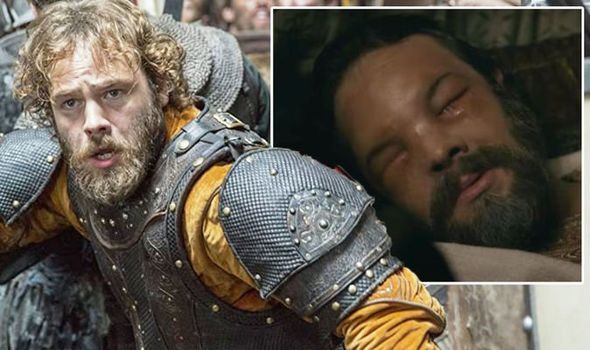 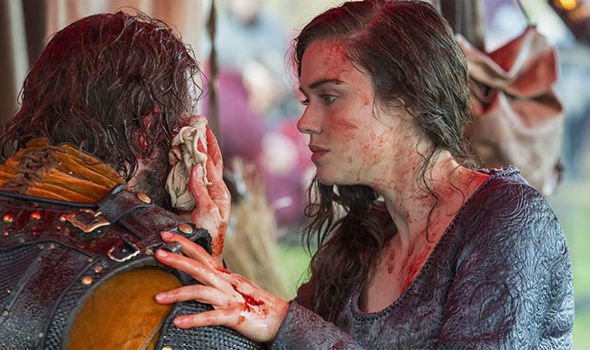 And while Vikings is no stranger to killing off its biggest characters in particularly gruesome and gory fashion – from Lagertha (Katheryn Winnick) to Kwenthrith – the manner in which Aethelwulf bowed remains one of the most memorable.

Speaking to Express.co.uk ahead of the release of his latest big-screen role in Knuckledust, actor Dunford detailed all about his History series exit – including why showrunner Michael Hirst opted for the rather bizarre approach.

“You know, when he said bee-sting, the producer, I thought he said beasting,” Dunford began.

“So I thought he wanted him to go out and get beasted and I thought, ‘Beasted? I’m playing in English King here. You know what, yeah, let’s baste him’ (laughs).” 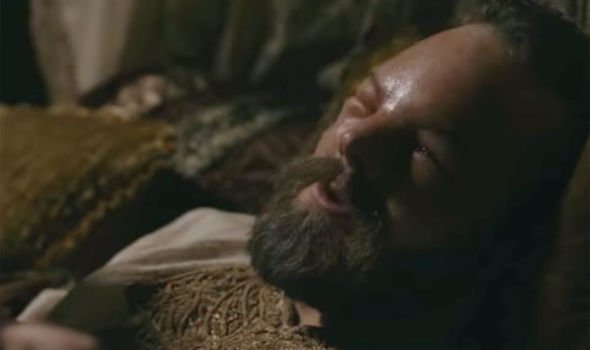 “Then, I thought about I was like, it’s quite an ironic way – if I was doing it, I wouldn’t have written him off that way.

“But then I thought about like, you entered the show playing a little posh prince, the audience didn’t like him, and I liked the challenge (of) playing an English soon-to-be king, getting the audience on his side…

“But I was reminded when I was going I was playing an English king and I said ‘yeah, kill him off with a bee sting.’ (Laughs).

“I did grow close to the character but the job is done, move on.”

And Dunford went on to reveal exactly why the Vikings showrunner chose this way of bowing out.

“Michael wanted something that you wouldn’t have seen coming, I certainly didn’t.”

For Vikings fans missing seeing Dunford on-screen as Aethelwulf, he’s made a return to the big screen in non-stop action thriller Knuckledust.

Set in an illegal fight den, Dunford takes on the lead role of Hard Eight as he tries to brawl his way out before teaming up with a rather shifty-looking police task force.

“Working with James (Kermack) [director] was a huge draw. James is a magnificent man, great director, and very patient as a director,” Dunford said on signing up for the project.

“He’s very giving, visual and he’s quite inspiring when we go into the same movies and things, and he’s great with his cast.”