Just because Sony is working with Marvel Studios on Spider-Man: Homecoming and its sequels, that doesn’t mean that it’s given up on the superhero game.

No, for Tom Hardy will be taking on the role of Peter Parker’s alien-costumed nemesis, Venom, in a movie that is coming surprisingly quickly. It’s all a bit confusing, but as long as no one mentions Spider-Man 3 we should all get along fine.

The first Venom trailer didn’t give a lot away. We don’t get to see Venom, although Tom Hardy does start showing something black, probably alien lines around his neck.

A second trailer gave us everything the first lacked in terms of plot, CGI alien effects.

And, yes, our first look at Hardy as Venom.

Venom cast: who’s in it?

Having divided fans as Bane in The Dark Knight Rises and dodged a bullet by dropping out of Suicide Squad, Tom Hardy is bravely taking another stab at the superhero genre by playing Eddie Brock, the down and out journalist-turned-monster/anti-hero.

Rumour has it that they will be using motion capture to recreate the gigantic, slavering monster that is Venom.

Michelle Williams will play Eddie’s girlfriend, Ann Weying, with Riz Ahmed as the movies villain (theorised to be Carlton Drake, head of the sinister Life Foundation. Obvious Child‘s Jenny Slate is on board in a mysterious role, while Woody Harrelson, Reid Scott, Scott Haze and Kelly Marcel have also been rumoured for the movie.

Zombieland and Gangster Squad‘s Ruben Fleischer will direct the film.

Venom and the MCU: are they connected?

Sony had big plans for its Spider-Man movie universe, such as a Sinister Six villainous team-up and an untitled female-led movie, but those seemed to fall apart when Andrew Garfield’s Amazing Spider-Man series imploded and Tom Holland was cast as Peter Parker for an MCU/Sony crossover.

So it was something of a surprise when Venom (and the other spin-off movie, Silver & Black) were announced in the lead-up to Spider-Man: Homecoming.

Then things got really confusing, with the heads of Marvel Studios and Sony contradicting each other over whether Venom would exist alongside Holland’s Spider-Man. 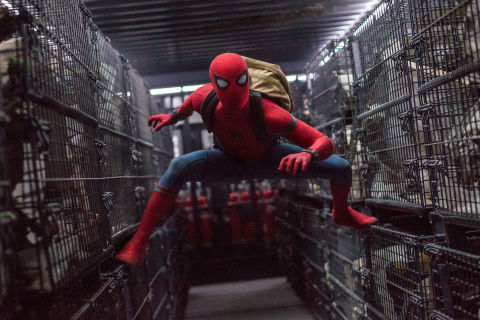 To cut a long story short, the answer seems to be sort of. Holland won’t be in Venom, but although the film has no other connection to the MCU, Sony chief Amy Pascal said that Spider-Man and Venom operate in the same world, and that one day their paths could cross. Confused? Us to.

As Venom is a character very much defined in relation to his nemesis, Spider-Man, we’re really not sure how his solo movie will work without the webslinger. Let’s just say that we’re very interested to see what Sony comes up with (and if it’s any good).

Venom casts Eddie Brock in his classic role as a not-particular-nice investigative reporter, who is looking into rumours around the Life Foundation, a shady bio-med company that has been testing an alien lifeform on vulnerable ‘volunteers’.

After breaking into their lab, Eddie becomes infected, and starts developing some strange powers and hearing a demonic voice that speaks in his head.

Sony has said that it is going for a horror vibe that will channel directors like John Carpenter and David Cronenberg.

Venom’s comic book origin dates back to an adventure off-world in which Spider-Man acquired a new, shapeshifting black suit that enhanced his already-amazing abilities and responded to his thoughts. Eventually, he realised that it was also affecting his emotions, making him more aggressive and unpredictable.

He was able to get rid of it, but the suit – revealed to be an alien ‘symbiote’ with its own thoughts and desires – found Eddie Brock, a washed-up journalist who unfairly blamed Parker and Spider-Man for his troubles. He embraced the symbiote, transforming into the monstrous Venom.

Venom has been portrayed as both a straight villain and a troubled anti-hero over the years, and though there have been various hosts, the suit always comes back to Brock eventually.

The movie is also reported to feature Carnage, the symbiote offspring off Venom that bonded with a serial killer called Cletus Kasady. Carnage exists to make Venom look like a nice guy in comparison.

There is also a theory that other symbiotes could show up, including Agony, Phage, Riot, Lasher and Scream, who were created by the sinister Life Foundation. Williams is rumoured to become She-Venom, too.

Fleischer has also said that he was most influenced by two Venom comic stories – ‘Lethal Protector’ (which saw Venom try to dedicate himself to doing good) and ‘Planet of the Symbiotes’ (where Earth is attacked by an army of alien-costume invaders).

Venom release date: when’s it out?

Venom will be released on October 5, 2018. In superhero terms, that puts it between MCU film Ant-Man and the Wasp and DC’s Aquaman.